9 common steak mistakes not to make to cook it perfectly

The cut, the marinade, the right grill and the cooking times; there are many rules to follow for cooking a good steak, as many as the mistakes you could make. Do you fancy a perfect and tasty steak? You are in the right place; follow our advices and you will prepare the perfect steak.

More than a dish, more than a recipe, more than a cut of meat; the steak is a real sensory experience, an explosion of taste and flavor, as long as it is cooked perfectly, of course. There are many choices to make, such as the cut (Florentine steak, entrecôte, fillet and sirloin) or the cooking times (rare, well done and with a delicious crust).

In short, the world of steak is wide and there are many rules to follow, as many as the mistakes that can be made, ruining it forever. We have identified nine mistakes; from the choice of the cut to the temperature, passing through different types of marinade. Discover them all and, above all, avoid them.

As always, the quality of the raw material can really determine the success of the dish and, if you want to enjoy a perfect steak, you must be careful to choose and buy the right cut. If you have a trusted butcher, do not be shy and ask for the best cut; whether it is a Florentine steak, an entrecôte, a tomahawk or a sirloin, the important thing is that it is of certain origin and long hanging.

2.Fear of the meat fat

For once leave the calories at home and cancel the idea that "fat-free is better"; fat in a steak is like the icing on the cake, ricotta in cannoli, you know, it's fundamental. The marbling, that dense, strictly white vein (if it is yellow, forget it, it is not the right steak) that runs through the meat promises you a juicy and tender steak; in fact, during cooking the fat melts slowly, softening the meat. About the external fat, some eat it, others discard it after cooking; just follow your heart.

Washing the meat is not a mistake, it is a sacrilege; if you think that passing the meat under running water you will eliminate the bacteria, you will not be pleased to know that with water you can only spread those bacteria all over the kitchen. Before cooking it, just remove the meat from the package and simply dab it dry with a paper towel; the meat, in fact, must be dry, unless you want a boiled steak.

4. Watch out for thermal shock of the meat

If you have ever prepared a well-cooked steak outside but lukewarm or, even worse, cold in the center, then you have not paid enough attention to the thermal shock, or rather you have not avoided it. The meat, once purchased, must be stored in the refrigerator – and we have no doubts about this – but the steak, before meeting the hot grill, must be brought to room temperature; if you are going to grill a low and not too thick cut then it will be enough to take it out of the refrigerator about 30 minutes before, for thicker cuts (3-4 centimeters) it will take a few hours.

5. Does the meat need a marinade, or not?

Here we are not talking about a real mistake but rather about two different culinary and life philosophies; on the one hand there are those who prefer to savor meat as natural as possible, limiting themselves to a sprinkling of salt and pepper, just before placing it on the hot grill, while on the other hand there are those who prefer to let the meat rest for about half an hour with a drizzle of extra virgin olive oil, aromatic herbs and spices before cooking it. If you follow the second philosophy, be careful not to use salt for the marinade; you risk bringing to the table a hard, dry and stringy steak, practically a disaster.

6. The right pan for the meat

Not having a barbecue and a garden available does not mean having to give up a perfect steak; choose grills or plate in iron or cast iron, the only materials that allow the caramelization of the sugars of the meat and the Maillard reaction (you know that delicious crust? that’s it) To make sure the meat does not stick later, you can brush the meat lightly. It goes without saying that non-stick pans and pots are not for you, in fact you risk bringing a sadly boiled steak to the table.

No, no and again no; immediately put away those forks. The meat must not be pricked or skewered, the meat must not be disturbed during cooking. Once the steak has been placed on the hot plate or grill, cook for 2 to 5 minutes per side (depending on the degree of doneness you want, but this is the next step) and turn it only once using only tongs and stirrers.

8. Cooking of the meat

About this we could write a whole book and certainly someone has already done it before us; cooking meat in the wrong way is the mistake of mistakes, the one for which there can be no remedy. Let's start by saying that grills or plates must be very hot, otherwise goodbye crust and Maillard reaction, and then let's also add that "three minutes per side" is not a dogma; times and temperatures, in fact, vary according to your favourite cooking degree. In order to avoid mistakes, it is advisable to use a cooking thermometer which, for rare cooking, must settle at 55 degrees C, which rises to 65 degrees C for medium cooking and to 70 degrees C for a well-done steak.

9. Eating the meat too soon

Patience is a virtue in life as well as in the kitchen; eating a steak just pulled off the grill is a trivial mistake that could ruin all the good work done. Once cooked, the meat must rest for a few minutes so that the flavors settle and the juices are distributed evenly among the fibers. Place it on a plate perhaps raised by two cutlery, so that it loses excess liquids without the base of the steak losing its crunchiness by getting wet; after 5-8 minutes you can serve it. And watch out for the knife, it must be very sharp. 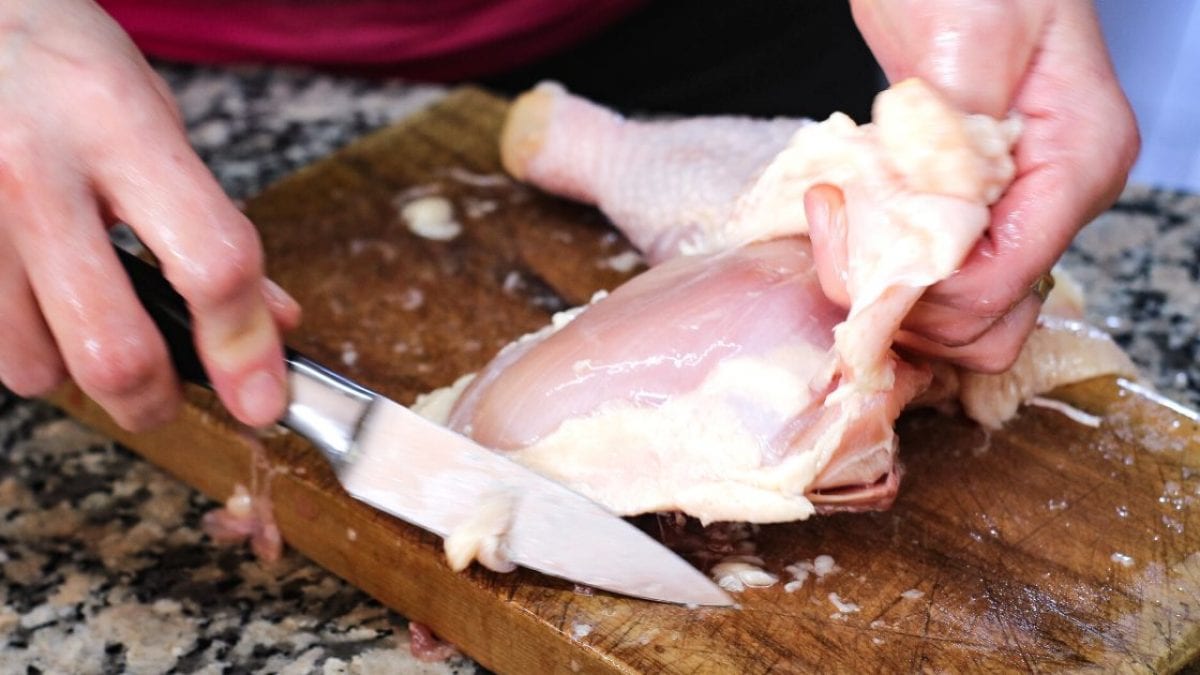 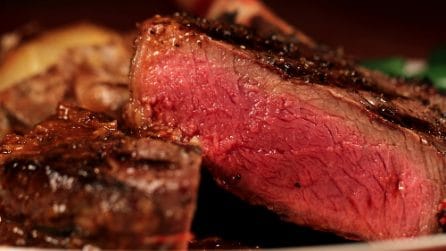 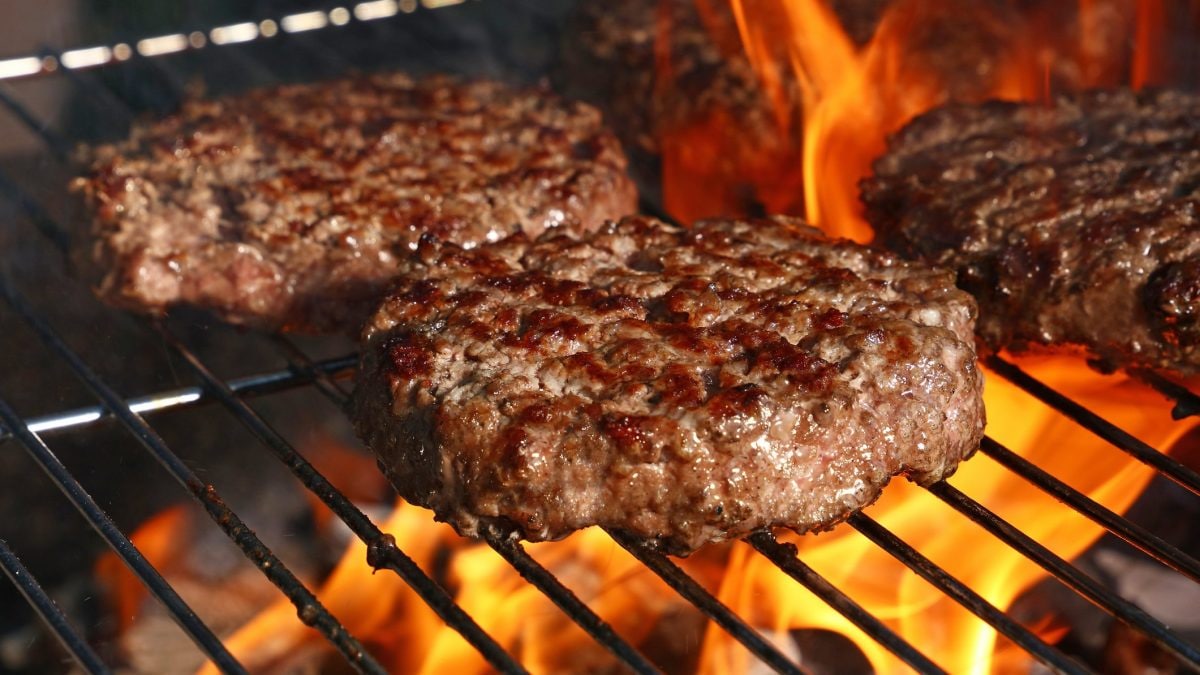