Catalan cream is a dessert of Spanish origin, typical of Catalonia, flavored with lemon and cinnamon and with a small crust of sugar on the surface. The origins of this cream are uncertain: it probably comes from England and dates back to the Seventeenth century. In fact its ancestor could be the "burnt cream", an English cream served at the Cambridge College on which the school coat-of-arms was printed with a red-hot iron. However, according to the Catalans, the Catalan cream is the ancestor of the creme brulée but the difference is that the Catalan cream is cooked on the flame while, instead, the second one is cooked in a bain-marie.

There are many variants of the Catalan cream (orange, vanilla, ginger, white chocolate, saffron, on a bed of bananas, strawberries, etc.), some put half cream and half milk but the original Spanish recipe wants only 1/2 lemon or the peel of a lemon to give flavor and only milk.

How to prepare the Catalan cream

Clean the lemon and cut a piece of peel. Heat half sugar with milk and lemon peel and blend carefully.

Whip the egg yolks with the remaining sugar, until you obtain a nice frothy and fluffy mixture. At this point, add the cornstarch and work with the ladle to make everything homogeneous. Remove the lemon peel from the milk and, with great care, pour in it our mixture and the cinnamon. Blend slowly, but evenly and continuously, and turn the heat back on until the cream reaches the preferred consistency.

Let the cream cool, put it in four clay bowls and add the other half of brown sugar over the whole surface to make them au gratin in the oven for a few minutes. Then take the bowls out of the oven and let them cool at room temperature.

How to preserve the Catalan cream

In general, the Catalan cream can be frozen as long as it is already cooled. To defrost it, take it out of the freezer at least three hours before eating it. It can last in the freezer for five days.

Many use the culinary blow torch to make the caramelized crust on top, but you can just put the clay bowls under the pre-heated oven grill for about five minutes to caramelize the sugar without melting the cream.

Catalan cream can be safely consumed the next day. Remember to put it in the grill, after placing your bowl in a larger container of frozen water.
To prepare a gluten-free Catalan cream you can use the same ingredients listed in this recipe. The problem is the cornstarch, which can contain gluten. So, pay attention to the packaging: there must be the notice "gluten-free", or the specific symbol. In any case, the cornstarch can be replaced with wheat starch or potato starch to thicken.

If it is too liquid, cook the cream a couple of minutes more to make it thicken more. On the contrary, if it is too solid, you probably made it thicken too much during the cooking phase. 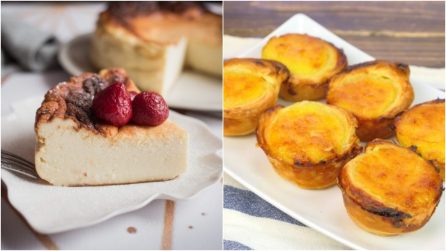 39 • by Top Cookist ideas
9 spanish recipes you can make at home! 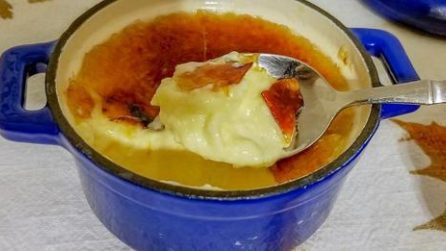 48.902 • by Cookist
Homemade Catalan cream: here’s a way to make the crust without having to use a culinary torch
463 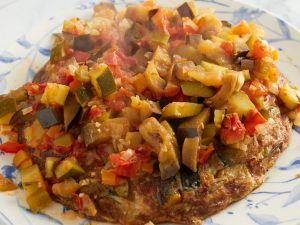 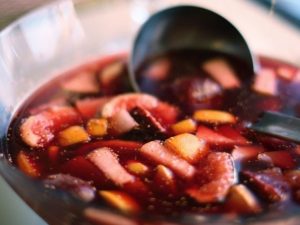 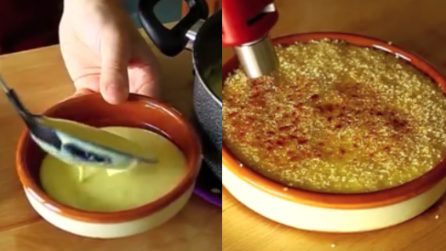 2.808 • by Love Kitchen
The recipe for an excellent Catalan cream: the tasty dessert
427 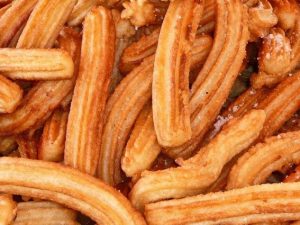