Ciabatta bread: the recipe for making it at home

Ciabatta bread is an Italian type of bread characterized by a crispy external crust and a very soft inside with lots of alveoli. The typical long and flat shape recalls that of a slipper (“ciabatta”, in Italian), hence its name. The dough of the ciabatta is characterized by high hydration: in fact it is used the poolish, a pre-mix rich in water which is left to rise for at least 2 hours and which will then be the base for a second mix. Then folds will be made and the dough will be divided into loaves and stretched. Finally, it will be baked in the oven with a pot of water on the base.

The origins of ciabatta bread can be traced back to the city of Adria, in the province of Rovigo (Italy). It was here that Arnaldo Cavallari, son of millers, together with an expert baker, Francesco Favaron, developed the process of this particular bread which they recorded in 1982 with the name of "Ciabatta d'Italia" (Slipper of Italy). Today the ciabatta bread is present in all over the world and it is consumed in place of a more classic bread or for the preparation of delicious stuffed sandwiches. But let’s see how to prepare it at home.

How to prepare ciabatta bread

Start with the preparation of the poolish: put the water, baking powder and flour in a bowl and mix. Cover the bowl with a clean cotton cloth and let it rise for 2 hours (1). After the necessary time, add the rest of the brewer’s yeast, the flour, the water and the malt and begin to knead, also adding the salt (2). Knead until the mixture is soft and sticky. Put the mixture on a pastry board sprinkled with semolina. Fold the dough into 3 parts, roll it up and form a loaf. Place it in an oiled bowl and let it rise for another 2 hours (3).

After the necessary time, turn the dough upside down on a pastry board sprinkled with semolina (4) and divide the bread into 3 parts with the help of a stick. Gently arrange the loaves on a baking tray covered with parchment paper (5) and cook the bread in a preheated oven at 230° for 10 minutes, placing a saucepan full of water on the bottom. Remove the pan of water, lower the oven to 200° and continue cooking for another 10 minutes or until golden brown. Once ready, let it cool. Your ciabatta bread is ready to be brought to the table (6).

Ciabatta bread can also be prepared with biga instead of poolish. These are two pre-fermented doughs prepared with water, brewer's yeast and flour. However, the biga presents the dough in a solid state while the poolish presents it liquid: this is due to different proportions of water and flour. The poolish however has a lower fermentation time, compared to the biga, allowing faster processing.

For the preparation of ciabatta bread it is important to bake for the first 10 minutes at 230° with the saucepan full of water on the bottom of the oven, so as to create the right percentage of steam. The baking must then continue for 10-15 minutes without the water on the bottom and with the oven at 200°.

You can preserve ciabatta bread for up to 3 days in a paper bag. Once cooled well, you can also cut it into slices and freeze it, defrosting it when needed. 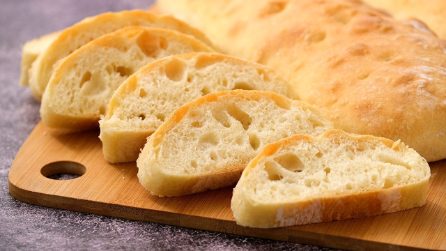 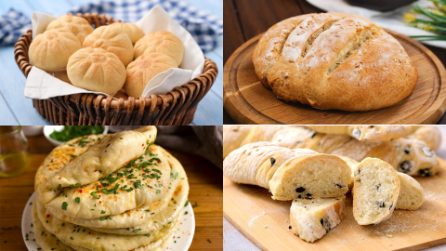 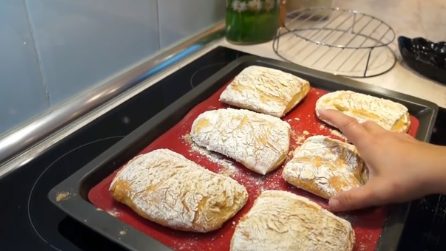 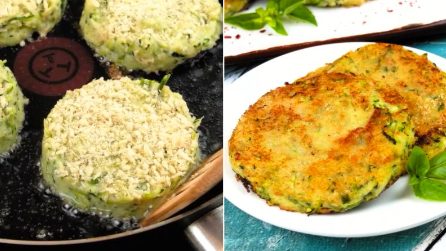 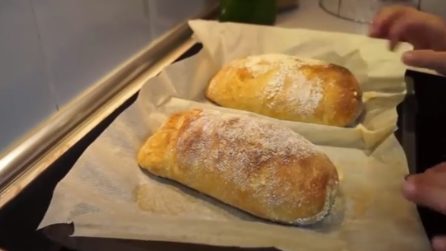 1.821 • by Love Kitchen
Homemade Ciabatta: Genuine Bread On Your Table
320 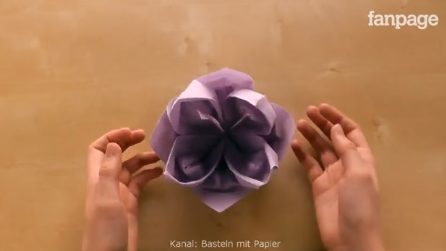