Gazpacho: the original recipe and 4 variants

The Andalusian gazpacho is a cold dish based on raw vegetables, it is usually consumed during summer. It is one of the best known Spanish recipes and it can be also served as an appetizer. In some ways it is similar to salmorejo, and it is perfect to be prepared in summer: the main ingredients of gazpacho are tomatoes, cucumbers and peppers enriched, in some cases, with spices.

How to prepare Andalusian gazpacho

To prepare a tasty and fresh homemade gazpacho, let the stale bread soften in the white wine vinegar and set it aside after draining it. Then cut the tomatoes (removing the seeds), the cucumbers and the peppers (removing the seeds), clean the garlic and chop it all together adding bread and oil. Adjust with a pinch of salt and sift everything. Our gazpacho is almost ready. Let it rest in the refrigerator for a couple of hours because it will have to be served cool, distributing it in cups.

The gazpacho can also be prepared the day before and it can be decorated with small cubes of bread, left to brown in a pan or in the oven, and tomato. Serve it in small bowls, also as an aperitif, combining a full-bodied white wine.

If you want a lighter gazpacho, you can also prepare it without bread, a solution to eat this Andalusian dish in a more light way.

Gazpacho: variant of the recipe
The gazpacho has many variants and you can choose your favorite one according to your tastes. Here are some:

Valencian (and Sicilian) tomato gazpacho: also here we find most of all red vegetables. It can also be made without bread and served as finger food;

Green gazpacho with avocado and cucumber: a fresh variant suitable for all those looking for South American flavors in a Spanish dish;

Fish gazpacho: try serving it with fish fritters, with swordfish patties or with mussels. It can be made without cucumbers and without peppers;

Spicy gazpacho: yogurt and chili pepper are added to the original recipe.

Benefits of the gazpacho

Beyond its aphrodisiac qualities, gazpacho is beneficial against cellulite, for the presence of cucumbers and peppers, and it also promotes blood circulation. It is also excellent against hypertension thanks to the presence of raw vegetables.

Origin of the Andalusian gazpacho

The origin of the term "gazpacho" derives from kasâpu which means "to shatter" precisely because the stale bread is crushed in the mix. According to others, however, the term is not Akkadian but it comes from the Hellenic kykeon, a very refreshing drink of water and wine. Only in the eighth century, with the invasion of the Arabs and the spread of Islam, were added olive oil and salt. Vegetables were added only in the 12th century, giving life to the recipe that we still prepare today. 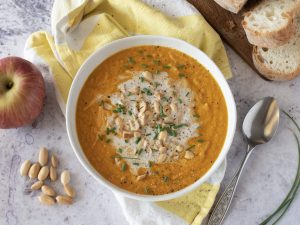 Easy 15min
Gazpacho with carrots and coconut milk: the creative and exotic recipe
55 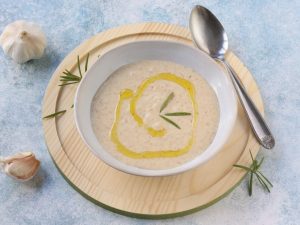 Easy 20min
Ajoblanco: the recipe for the tasty Andalusian cold soup without tomato
8 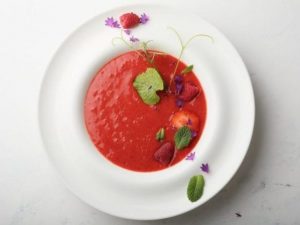 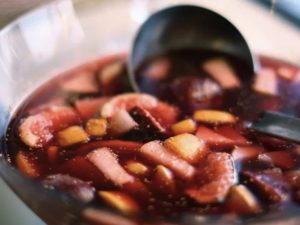 Easy 20min
Sangria: the original Spanish recipe and its variants 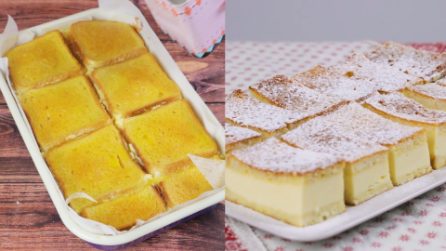 561 • by Food Inspiration
Brioche bread cheesecake: an original variant of the classic dessert!
229 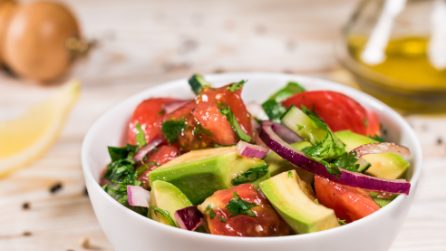