This rich yeast bread is a traditional bread eaten by the Greeks at Easter, where it is known as tsoureki.

The bread is braided before being baked, and it is flavored with orange zest and a spice called mahlab (also known as mahlepi), which is made from the pits of wild cherries. This spice is expensive, and isn’t stocked in most supermarkets, but you can find it online or in specialty food stores if you want to replicate the traditional bread.

Although it takes a bit of time and effort to make this bread, it’s well worth it once it comes out of the oven. It does go stale quite fast, so keep it covered once it’s cooled down. It makes great toast or French toast as well.

Sift the flour with the salt in a large bowl and set aside.

Dissolve the yeast in the warm milk. (Make sure it is lukewarm, not hot, or it may kill the yeast).

Add 1/2 cup of the sifted flour and 1 tablespoon sugar to the mixture, and give it a stir.

Cover tightly and set aside until it becomes bubbly and foamy, 5 to 7 minutes.

In a large saucepan, melt the butter over very low heat. Stir in the 1 2/3rd cups sugar, orange zest, lemon zest, and mahlab or almond flour.

Remove from heat and stir in the beaten eggs.

Pour the yeast mixture into a large mixing bowl. Add the butter, sugar, and egg mixture.

Slowly incorporate the flour until the mixture forms a smooth, wet dough – you’ll find it much easier to use a stand mixer with a dough hook for this part of the recipe.

Cover the bowl and let rise until it is about double in size, which takes about 2 hours in a warm place.

Turn the dough out onto a well-floured counter and punch down. You may need to keep sprinkling the dough with flour to keep it from sticking. It will remain a loose, wet dough.

Separate the dough into 4 equal parts. Shape into rounds and allow to rest for 10 minutes.

Once rested, divide each round into 3 pieces. Roll the pieces out into long cords about a foot long.

Braid the 3 ropes together to form a braided loaf.

Place the braids on baking sheets to rise again for about 1 hour. While the braids are rising, preheat the oven to 280 F/120 C fan/gas mark 1.

Once the dough has risen to about double its original height, carefully brush the surface with the egg wash and sprinkle with sesame seeds.

Bake for about 1 hour until the crust is nicely browned all over.

* Mahlab (mahlepi) can be bought at Mediterranean food stores, or on the internet. It’s fairly expensive, so you can substitute it with almond flour instead. 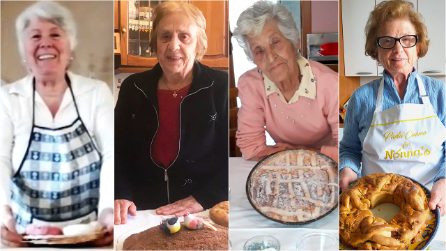 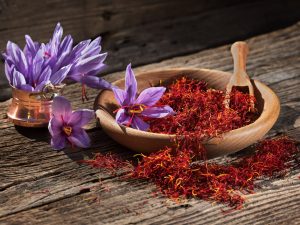 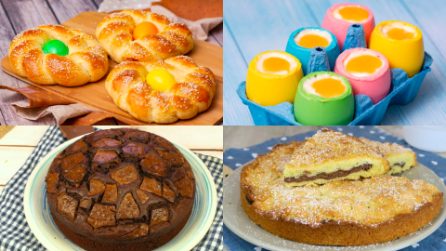 160 • by Top Cookist ideas
5 Recipes to make Easter even sweeter! 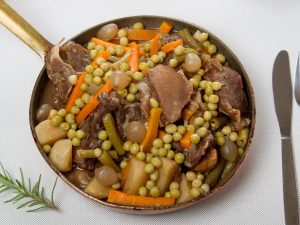 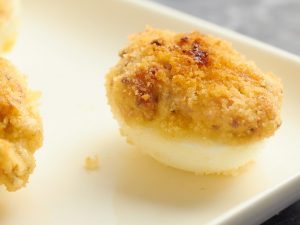 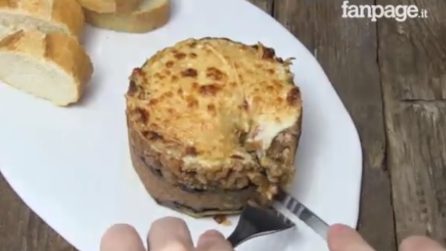