How to Cook in a Microwave Oven

The two key factors to cooking food in a microwave are keeping the moisture in, and ensuring even cooking time.

Microwave ovens are handy to have around the kitchen for defrosting and reheating food, as well as cooking things quicker than a conventional oven.

However, actually cooking in a microwave isn’t as easy as it seems. The two key factors to cooking food in a microwave are keeping the moisture in, and ensuring even cooking time.

1. Some Foods Take Longer to Cook Than Others

Larger, thicker foods need more time to cook than smaller foods, so you should separate the foods according to how much time they need to cook.

read more
Foods that cannot be cooked in the microwave oven

As a general rule, starchy veggies like potatoes and sweet potatoes need the longest cooking time, then meat, and then smaller vegetables.

Potatoes (unless you want them baked), other large veggies and big cuts of meat can be cooked quicker this way.

When foods have skins, they can hold in steam which can then cause the foods to explode or splatter in your microwave. Poke a few holes in foods such as sausages, hot dogs, potatoes, and sweet potatoes with a fork or sharp knife.

4. Spread Food Out Properly on a Microwave-Safe Dish

Always use a microwave-safe dish or bowl for cooking in. Spread the food out evenly, with the thickest part of the food at the edge of the dish. This helps with even cooking time, because food at the edges always cooks faster than foods at the centre.

If you have microwave dishes with lids, put the lid on the dish and leave one part open for steam to escape. If you don’t have lids, cover the dish with a damp towel or a paper towel.

Covering food helps to ensure it cooks evenly, as well as keeping it moist and preventing splatters that you will have to clean later.

7. Leave Food to Stand Before Serving

Once your food is done, leave it in the microwave to rest with the door closed. This gives the food time to finish the cooking process. Meat should stand 10-15 minutes, and veggies and casseroles 5-10 minutes. 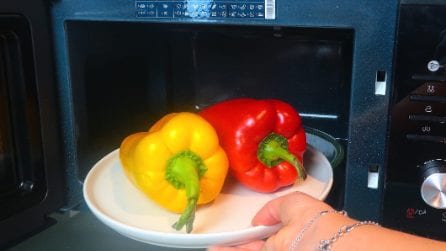 How to cook peppers in the microwave
Views
29.059 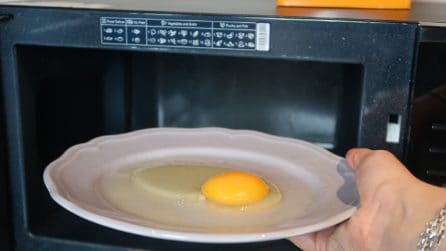 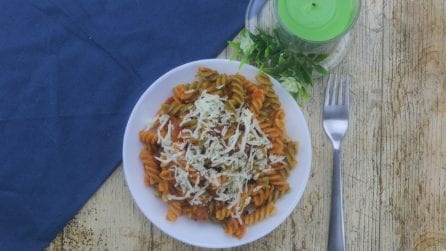 How to cook pasta in the microwave
Views
989