Fall time is pumpkin recipe time! This easy pumpkin brownie recipe combines two of our favorite desserts—delicious creamy pumpkin pie and rich, chocolate brownies. The flavor is rich, both in pumpkin flavor and chocolate. The pumpkin adds a creamy layer, while the chocolate brownie layer is fudgy and chewy.

There are three components to these brownies. The brownie base is made by whisking together all the ingredients and baking until it’s slightly set. The pumpkin layer is added and baked and finally, the chocolate ganache is added. This will definitely become your new fall-favorite recipe. Next time you can’t decide between pumpkin pie and brownies, try these pumpkin brownies and have the best of both!

How To Make Pumpkin Brownies

The three components of this pumpkin brownie recipe are made separately and then assembled. First, the brownie batter is made by whisking the dry ingredients and then adding the wet ingredients, stirring until smooth. The batter is baked only until lightly set (it will bake again after the pumpkin layer is added).

The pumpkin layer is made by simply whisking together the ingredients and pouring the layer over the baked brownie and baking until cooked through.

The pumpkin brownies are finished off with a layer of ganache, then cut into squares and ready to enjoy!

– For a lazy, short-cut version, use a brownie cake mix for the brownie layer!

– For moister brownies, you can use oil instead of butter.

– For a vegan version, omit the chocolate ganache, and use oil instead of butter. Use flax eggs instead of eggs. Use condensed coconut milk.

How to store Pumpkin Brownies

The brownies can be stored at room temperature for up to one day, or in the fridge for up to 4 days.

Preheat your oven to 180C (350F). Grease a large loaf pan with oil. In one bowl combine flour with sugar and cocoa.

Add melted chocolate, an egg and butter, and whisk until a smooth and very thick batter forms. Spread brownie batter into an even layer on the bottom of the pan and bake for 5-7 minutes or until the batter is slightly set.

In the meanwhile, make the pumpkin filling. Separately whisk pumpkin puree with condensed milk, pumpkin spice, and egg until smooth. Pour pumpkin filling on top of the brownie layer and return into the oven for 20-25 minutes or until pumpkin topping is just slightly jiggling when shaking the pan.

Let the brownie cool down completely. To make a simple ganache just pour hot cream over the chopped chocolate and whisk until melted completely.

Spread chocolate ganache over the brownie before serving.

Allow the brownies to cool in the baking tin before attempting to slice them. They will hold their shape better instead of crumbling apart. 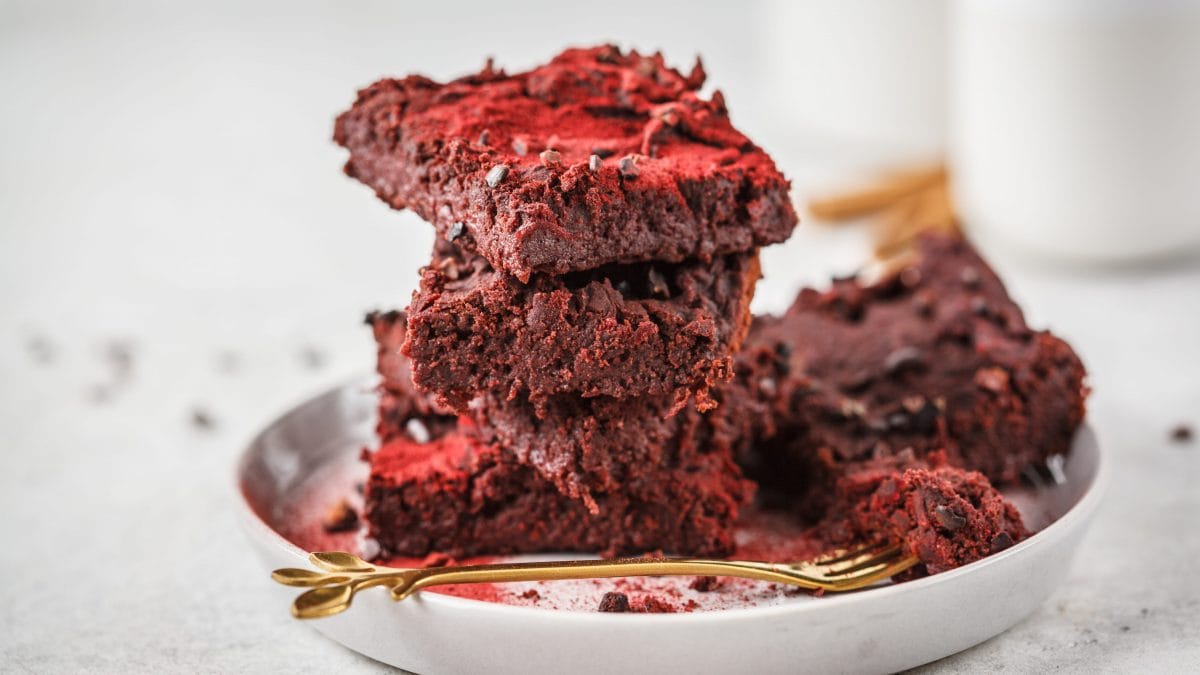 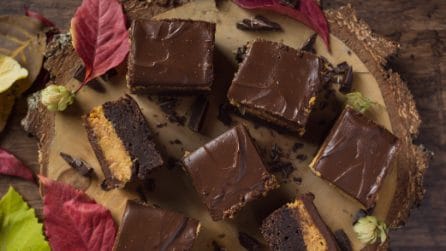 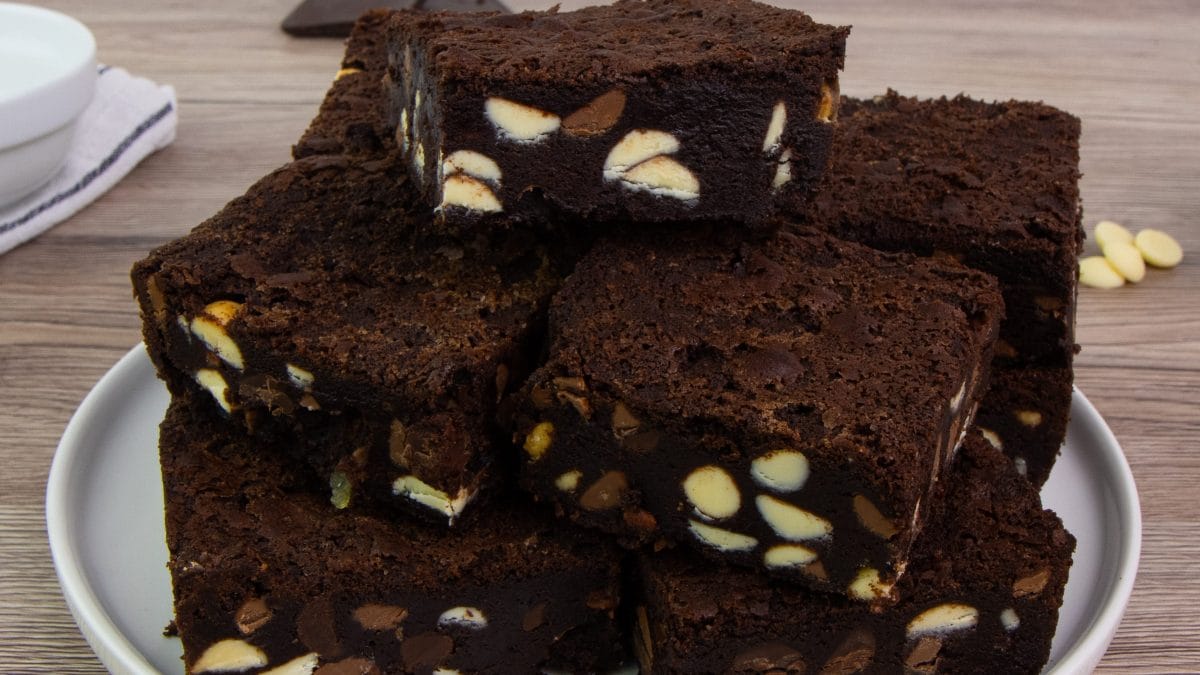