Churros (which means "fritters") are sweet fried tapas, typical of Spanish cuisine, and are prepared with a lightly salted fried batter, made with flour, sugar, water and salt, and served with hot chocolate. They have a cylindrical shape, which is given by the dough introduced in a churrera, a sort of pastry syringe, and then squeezed directly into a pot with boiling oil. There is no certain info about churros origins, but probably they were first cooked by the nomadic shepherds who resided on the uplands of the Iberian Peninsula who did not always have the opportunity to go to the city to buy bread, and so they invented this recipe.

To prepare homemade churros according to the original recipe, first we must melt the butter with water and a pinch of salt, bring everything to a boil and add the flour. Then knead until you get a soft dough and let it rest for a quarter of an hour, until it is cooled down. While we heat the oil for frying, let’s prepare the churros. We will use a sac a poche to create 10/15cm strips using a star nozzle.

If we do not have a sac a poche, we can make the churros by hand with the help of a knife: just stretch the dough until you get a thickness of 1cm and cut it into strips. Once the temperature is right, fry the churros, you will need just a few moments. You can also do it on a specific plate. Then, after placing them on a sheet of absorbent paper, sprinkle them with sugar and serve them hot. If you wish, you can add some cinnamon to the dough of the churros. If the dough seems too soft, the problem could be the flour, which has not been able to absorb the liquids. Next time, just add a little more flour reducing the butter.

Can you bake churros?

If you want to make baked churros, that are lighter, just begin to preheat the oven to 180 degrees while you prepare the churros according to the procedure described above. Then do not fry them, just place the churros on a plate covered with baking paper and bake them for about twenty minutes until they are completely golden brown. You can also serve them cold, but eat them right away, they cannot be preserved. 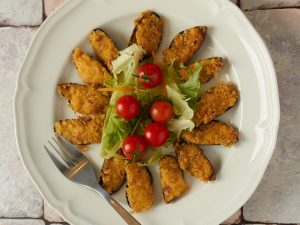 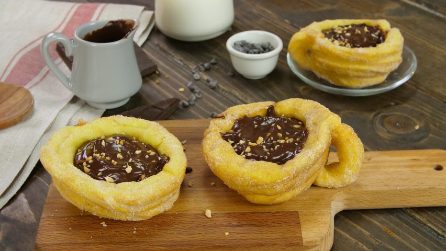 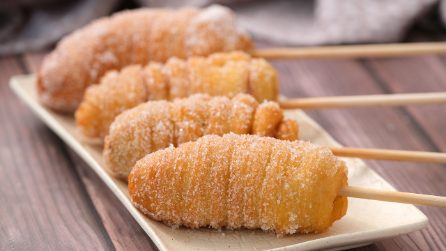 1.998 • by Food Inspiration
Banana churros: a fantastic recipe ready in no time!
262 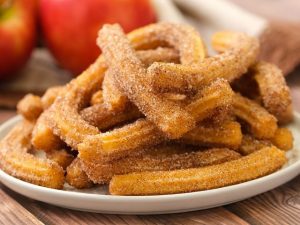 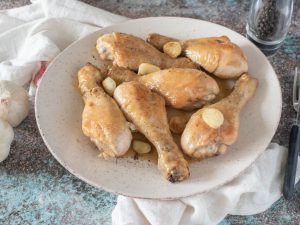