Vanilla: where it comes from and how the “Mexican black gold” is used in the kitchen

It enriches and makes our desserts special and in confectionery it is almost necessary; we are talking about vanilla, of course. Did you know that the pod we use for the custard is actually the pod of an orchid of very ancient origins? And that it might have an aphrodisiac effect? Let's find out where vanilla comes from and how to best use it in the kitchen.

Vanilla is the pod of a herbaceous liana belonging to the Orchidaceae family, the fruit of an orchid of Mexican origin, known since the times of the ancient Aztecs. Very expensive spice, second only to saffron, because it is particularly difficult to cultivate and process, so much so that it is considered "the Mexican black gold", vanilla takes on its characteristic aromatic notes only after a long and sophisticated process. We all know its scent and aroma but perhaps we do not imagine that vanilla has anti-inflammatory, antioxidant and even aphrodisiac properties; here is a small guide to learn more about this gastronomy gem.

What it is and where it comes from

Vanilla is the fruit of Vanilia planifolia, one of the most important plants of the genus Vanilla (together with Vanilla Tahitiensis and Vanilla Pompona), belonging to the Orchidaceae family; a climbing plant, similar to lianas, with a slender stem and large oval leaves. Of very ancient Mexican origins, in particular from the central-eastern areas of Mexico, where it finds the ideal climate to grow spontaneously, vanilla is also the second most expensive spice in the world, after saffron.

The pods of the plant are harvested almost at the end of the natural cycle of the plant, around 9 months, and then processed; through a process of "sweating" first and then drying and conditioning, the "vanilla pods" are obtained, with their characteristic aroma due to the odorant principle called vanillin, a substance that today we also find in synthetic form, produced in the laboratory.

read more
A toilet brush can even come in handy in the kitchen: watch how

Vanilla has numerous beneficial and therapeutic properties thanks to the presence of the phenolic compound called vanillin which possesses antioxidant, anti-inflammatory and antibacterial properties. Vanilla, and in particular its alcoholic extract, is considered a valid natural antiseptic able to counteract the proliferation of bacteria and protect us from infections caused by viruses or fungi; it also seems that among its benefits there is the ability to stimulate the natural functioning of the gastric system and digestion. Although not scientifically confirmed, popular belief holds that vanilla has an aphrodisiac effect, possibly linked to the olfactory stimulation of its aroma.

How it is used in the kitchen

Custard, Chantilly cream, panna cotta and cakes of every type; vanilla is a fundamental ingredient to enrich sweet recipes; but it is necessary to know how to use it in the right way; in fact it is important that the vanilla releases all its aroma.

How to use the vanilla pod

If you have chosen to use the whole vanilla pod, you will have to follow some simple steps: on a work surface, hold the pod at the curved end and with a knife cut it in half and lengthwise; open the two halves well, being careful not to break them, then scrape the pod with a teaspoon and take the seeds and pulp that you will find inside. Once taken, you can use the seeds for the recipe you have chosen; you can add them directly to the mixture or mix them with softened butter (if required by the recipe). The emptied pod can help you flavor liquid preparations or creams, but be careful to remove it after cooking. 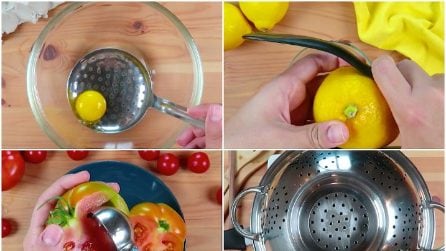 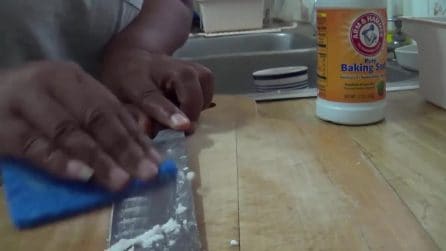 How to remove rust from a kitchen knife
Views
453 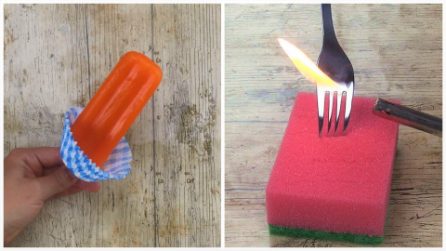