This version of the cinnamon apple crumb cake is absolutely delectable and addictive!

It is not every day that you wish to bake but I am too sure that you just need to taste once and you will be motivated (more like compelled) to bake it over and over again.

So, what are you waiting for? Try out this no fuss recipe to believe me. Have fun baking guys!

Add all the crumb mixture ingredients in to a large bowl and stir them all together until you get a uniform looking mixture of sand like consistency. Keep the bowl aside. In another bowl, beat the softened salted butter with powdered white sugar until the mix is smooth and fluffy in consistency. Break open the egg in to the butter mixture and beat the mixture again for a minute. Add the vanilla extract and sour cream to the mixture and beat it again for a minute.

Add the flour, baking soda and baking powder to the egg batter and mix everything well until combined and no lumps are present. Preheat the oven to 180 degrees C and lightly grease a spring form pan. Line the pan with butter paper on all sides and at the base. Keep aside. Pour a thin layer of the cake batter in to the base of the prepared pan and then evenly layer it with the diced apples. Sprinkle half of the crumb mixture over the apples and spread it out evenly in to the pan. Pour the remaining cake batter over the cinnamon crumb layer and spread it evenly. Now, evenly spread the remaining cinnamon crumb layer in to the pan. Transfer the pan in to the preheated oven and bake the cake for about 40 minutes or until the cake cooks at the center. Remove the cake from the oven and then from the spring form pan. Slice, serve and enjoy!

Make sure you move your hands in only one direction while you whisk the batter. In case you use hand blender/whisk, again make sure that the gadget moves in one circular direction only. Maintain the baking temperature and you might need to keep a watch on the cake in the final minutes of baking. Make sure that you carefully remove the egg shells while you break the egg. A wiser technique would be to break the egg in a separate bowl first and then use that broken egg for the recipe. Repeat if you need more than one egg for the recipe. 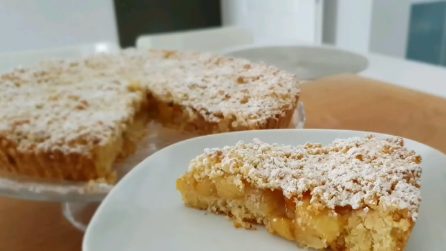 109 • by Recipe ideas
Crumb apple cake: the recipe to make it perfect
39 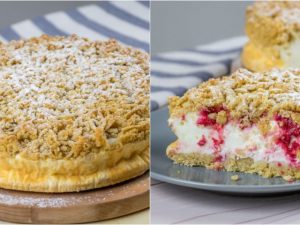 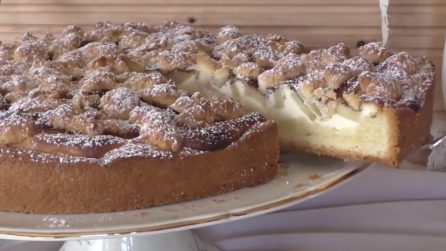 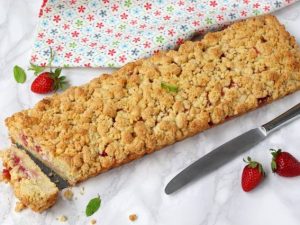 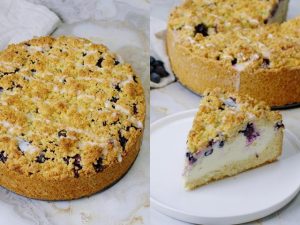 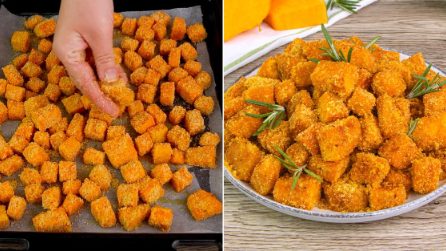