Stuffed artichokes are a second course of meat to be baked with minced sausages, cheese and herbs and spices. Wash and clean the artichoke and then dig a hole in the center where to put the filling of meat with breadcrumbs that will make the stuffed artichokes crispy and tasty. Combine this dish with other seasonal dishes.

Wash and clean six artichokes, remove the external leaves and keep a bit of the stalks.

Open and empty them in the center to prepare the space for the filling.

In a pot of salted water with lemon, boil the cleaned artichokes and their stalks. Let them cook for about fifteen minutes.

Gently drain the artichokes when they are boiled and let them cool. Prepare the filling by removing the skin from the sausages, put them in a frying pan, loosening them with your hands and switch on the stove. After a couple of minutes, simmer with white wine. 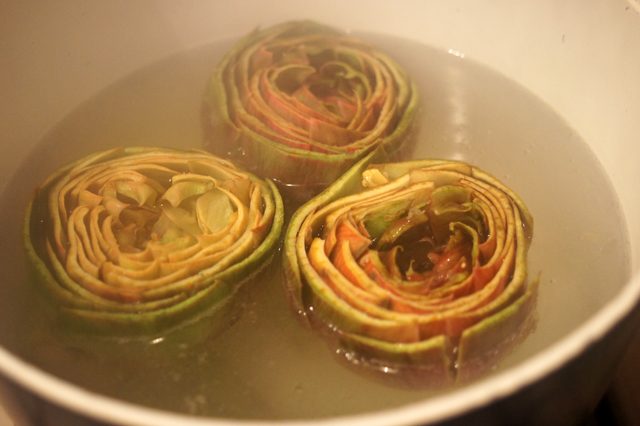 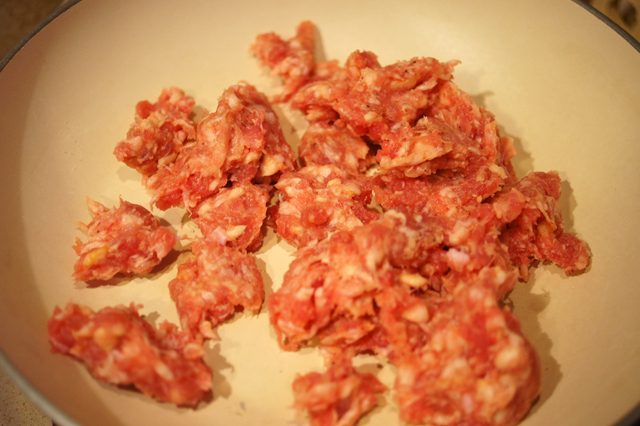 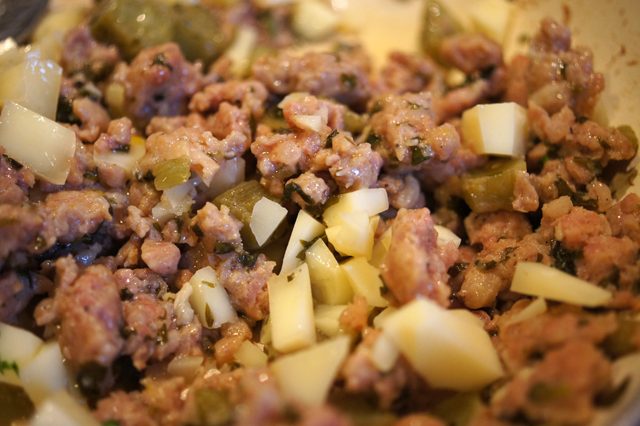 Then add the artichoke stalks, boiled and cut into small pieces, a handful of finely chopped parsley and chopped garlic. Cook everything after seasoning with salt and pepper and, when it is ready, switch off the stove, add the spicy provolone cheese cut into small cubes, and blend everything.

Switch on the oven and pre-heat it at 180 degrees. Place the artichokes in a baking tray and stuff them with the filling just prepared. Pour a bit of extra-virgin olive oil and, at the end, a sprinkling of grated Parmesan.

Cook them for about twenty minutes until a golden crust has formed on the surface. Serve the stuffed artichokes immediately, still warm, with the cooking gravy, if you prefer.

Be careful to cut the stalk of the artichokes at the base, removing as much as possible because the vegetable must act as a container for the succulent sausage and cheese filling and stand up both during cooking and once in the dish. I suggest you not to throw away the removed stalks: cut them into small cubes and add them to the rest of the filling to flavor even more your stuffed artichokes.

At the end of cooking, you can also sprinkle the stuffed artichokes with the vegetable broth obtained from the cooking water, and then spread breadcrumbs and a drizzle of extra-virgin olive oil on the surface. You can also cook them with a pressure cooker, if you prefer, adding little by little four tablespoons of breadcrumbs.

For the filling of artichokes I recommended the spicy provolone cheese, but an appropriate alternative is also a soft caciotta cheese or a fresh unripened pecorino cheese; depending on the cheese you choose, the delicacy or sapidity of the final dish will change.

Preservation
The stuffed artichokes with baked meat can be preserved for a couple of days in the refrigerator, but only if covered with transparent film or closed in a hermetically sealed container. You can also freeze them, only if cleaned beforehand and boiled for 2/3 minutes. 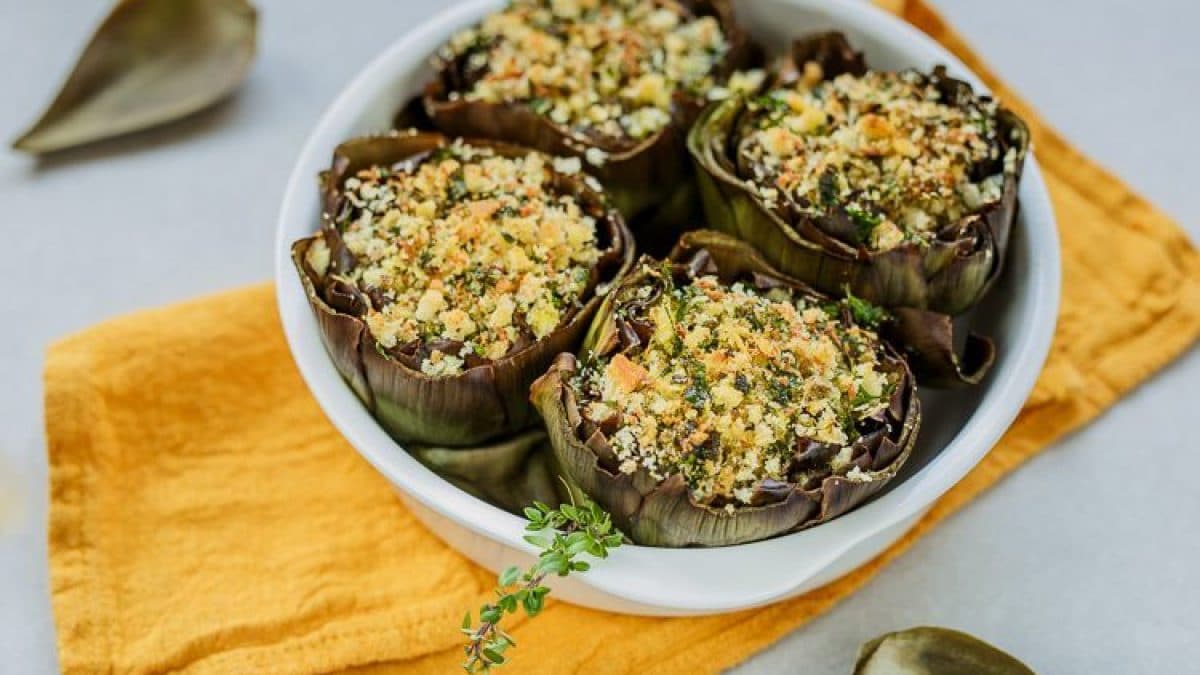 Side dishes Stuffed Artichokes: the recipe for a simple and tasty side dish au gratin
Low
60 Min 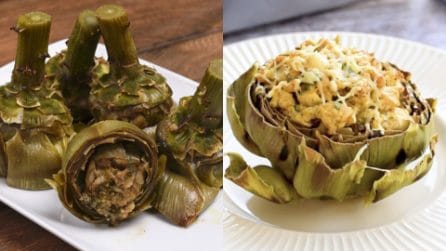 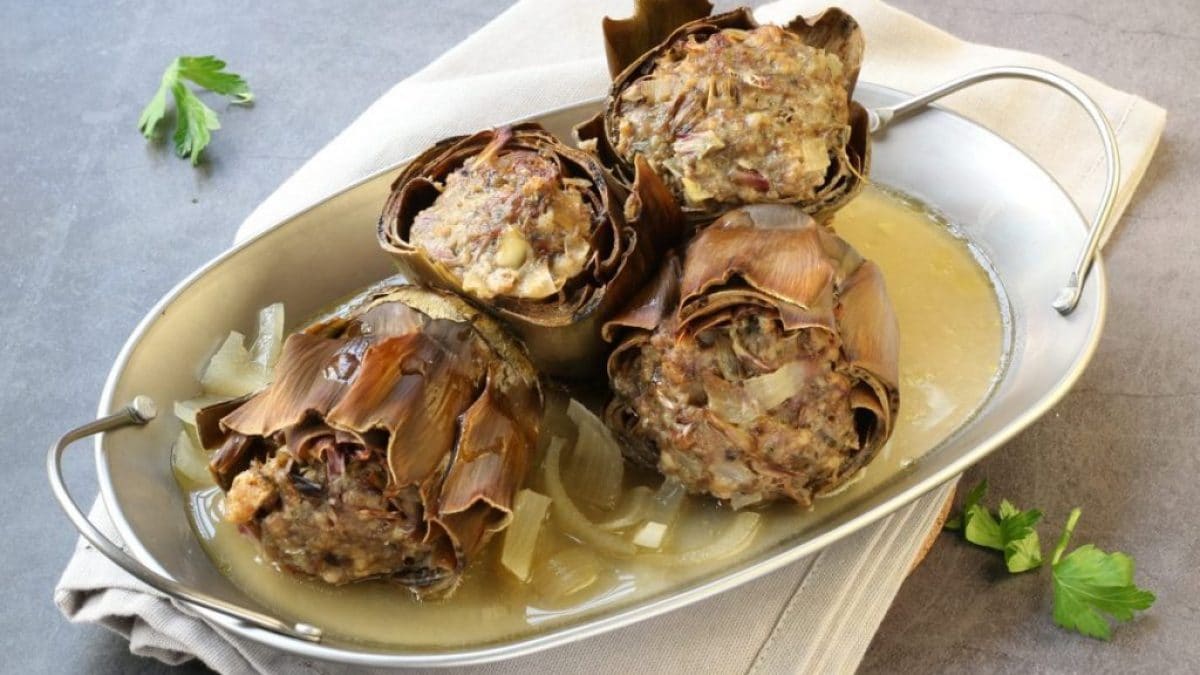 Main dishes Stuffed artichokes with sausage: a recipe for a rich and satisfying dish
Low
90 Min