Karpatka, the crispy and creamy dessert

This traditional Polish treat is usually eaten around Shrove Tuesday, but it’s so good you should have it at any time of the year!

A choux-type pastry base and top sandwich a layer of creamy vanilla custard filling to create a satisfying dessert. A slice of this is also great with a cup of coffee at snack time.

It can take a while to make because the different layers have to cool down before being assembled, but it really is worth taking the time to do this properly and following the instructions closely.

Use a non-stick spray, and spray bottom and sides of two of 9×13-inch pans. Alternatively, brush a little oil or butter around the pans instead. Set aside.  Preheat oven to around 375F/170C fan/gas mark 5.

Combine the flour, baking powder and salt in a bowl.  Set aside.

Heat the water and butter in a saucepan until boiling, then take off heat and stir in the flour mixture – a wooden spoon works best for this stage.

Keep stirring the mixture until the dough comes away from the edges of the pan and starts to form a ball around your spoon.  Once this happens, let the dough cool for about 5 minutes.

Then, add the eggs one at a time, beating after each addition until the dough gets smooth and even again. You need to stir the egg in quickly, so that it doesn’t start to cook in the still-warm dough mixture.

Spread half of this dough mixture into each of the prepared pans – you may need some patience to do this as the greased pans can make it difficult.

Pop in the oven and bake for around 25 minutes. The top of the pastry will become bubbly and uneven, but that is what is supposed to happen so don’t panic.

While the pastry is baking, make the custard filling, because it will have to cool down to room temperature before adding to the cooked and cooled dough.

Remove pastry layers from oven, and let them cool in the pans until at room temperature.

To make the custard filling:

and flour.  Set aside.

Pour another 3 cups of milk into a saucepan and heat until little bubbles start to form around the edges – you need to stir all the time, so the milk doesn’t burn.

Add 1 cup of sugar to the hot milk.  Return the pan to heat and stir just until sugar is dissolved. Remove from heat.

Slowly add the combined egg yolk/milk/corn starch/flour/vanilla mixture to the milk and sugar mix, whisking rapidly all the while.

Keep stirring constantly, and cook the mixture over low to medium heat until it has cooked enough to thicken up and be smooth.

Cover the surface of this custard sauce with parchment paper or cling film so that it doesn't form a skin while it is cooling.

When the custard is cooled to room temperature, it is time to combine it with the last ingredient – the 1 cup of softened butter. Beat the butter alone until it is light and fluffy, then add the cooled custard to the butter in the mixer, only one heaping tablespoon at a time. Beat for a while after each addition.  After all the custard has been added, mix for about another 30 seconds.

If you want to leave the karpatka in the pans to serve from, remove one of the layers of baked pastry from its pan and set it to the side.

In the empty pan, insert a sheet of parchment paper and leave tabs above the edges of the pan for lifting it out later.  Put the layer you removed back in the pan, and spread the custard over it.

Remove the other pastry layer from its pan and lay it down on top of the custard layer – put the puffy, bumpy side of the pastry facing up.

Cover and refrigerate for a minimum of two hours to allow the custard to firm up just a bit.

Just before serving, dust with confectioner’s (powdered) sugar if you like.

Use the parchment paper tabs to carefully lift the cooled karpatka out of the pan and on to a serving dish. Cut into slices and serve.

If your custard sauce ends up with lumps in it, run it through a sieve or strainer to remove the lumps. You can also put the warm custard in a blender and whizz it fast for a very short while to smooth the sauce. 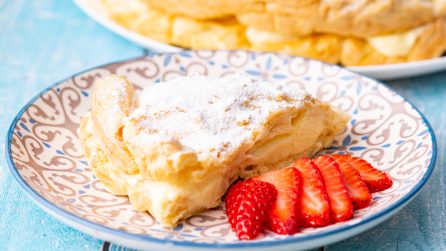 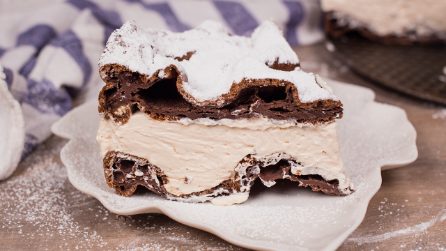 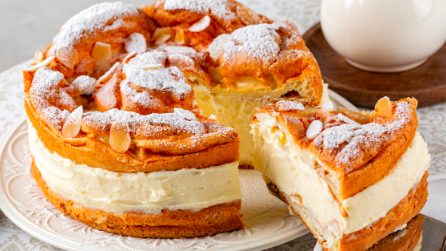 7.391 • by Food Inspiration
Karpatka: how to make at home a delicious cream-filled Polish cake!
50 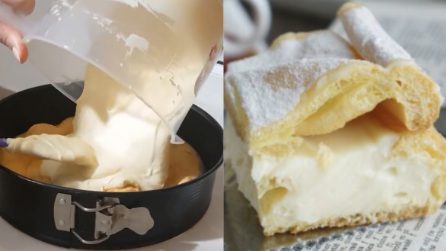 18.970 • by Love Kitchen
Karpatka cake, the Polish dessert that everyone will adore
199 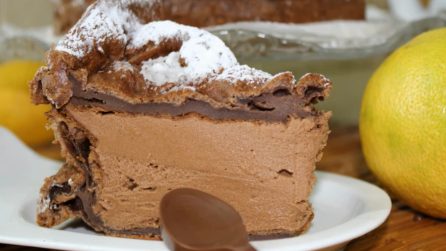 765 • by Love Kitchen
Karpatka chocolate cake: the recipe of the delicious Polish dessert
521 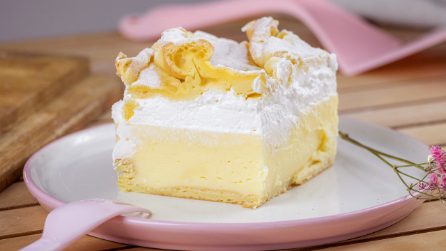