In French cuisine is known as navarin what we call stew. It is customary to prepare lamb navarin in Easter, a spring dish that includes delicious and nutritious vegetables. There are many variants of a navarin where the flavor of the meat is enhanced by adding spring products such as vegetables, spices and typical herbs. It is a little confusing the origin of the name of this stew, but the one that greater force and credibility has been granted is to the idea that its name comes from the introduction of the turnip (navet in french) to the recipe. We can find recipes in which the elaboration of the navarin is with the leg of the lamb, others with the neck, the shoulder, etc. Whichever the case, it is best to cut it into pieces the size of a bite, sometimes the bone of the piece is included to intensify the flavor, at the end of cooking it is removed, as well as any excess fat to give it lightness to the stew. I hope you cheer up and prepare this delicious dish.

Rinse the meat and then dry it well with kitchen towels; Chop lamb meat, eliminate nerves and excess fat. Season with salt, pepper and chopped garlic.Heat a skillet over medium high heat and fry the meat until golden brown on all sides.

When golden brown, remove from heat and save for later.Peel and cut the onions. With a little of that oil, sauté the onions and chopped garlic. Sprinkle with flour. Cook everything a few minutes. Add the wine and let it reduce. Enter the meat, the meat broth, the rosemary branch, the thyme branch and the bay leaf.

Cook over low heat until the meat is soft for about two hours; If it lacks liquid, you can add a cup of water.Wash and peel green beans, turnips and carrots. Cut them into pieces and cook them in boiling water for 10 to 12 minutes, the idea is to be soft but firm. Peel the French onions and glaze with sugar and a few drops of water.

To glaze: put on the fire 4 tablespoons of sugar, salt, pepper, 2 tablespoons. of butter. Cover the onions with water and leave them on the fire until covered and caramelized. Also glaze the carrots. Saute the peas.Presentation: place it on a plate with vegetables stuffed with potatoes. 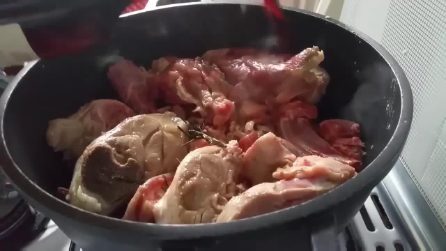 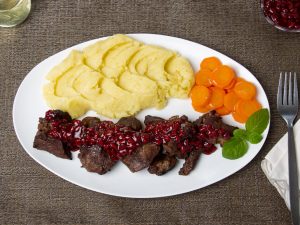 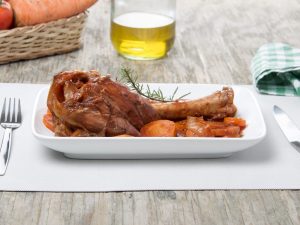 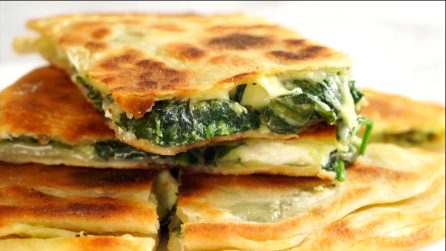 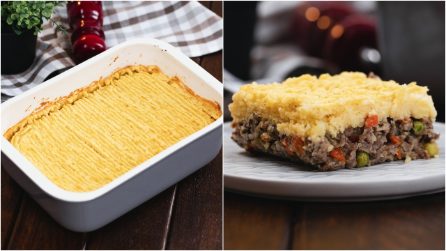