The Olivier salad is a very easy recipe to make traditional Russian potato salad. It is usually served during Christmas holidays, or as a cold appetizer or a side dish throughout the year.

Creamy and tasty, Olivier salad is basically made of carrots, potatoes, green peas, to which you can add other mixed vegetables and pickles, and mayonnaise. The vegetables are already cooked and then combined with mayonnaise, which will flavor the dish and will help to tie the vegetables together thanks to its creaminess.

Russian potato salad has uncertain origins, although its creation was attributed to Lucien Olivier, a French chef with Belgian origins who worked in a famous restaurant in Moscow and who created this recipe in the second half of the 19th century.

This dish has also different names. In Germany and in some Balkan countries it is called "Italian salad", in Italy it is called “Russian salad”, while in Russia it is indeed "Olivier salad", by the chef who invented it. Here's how to prepare this tasty recipe to delight your guests.

What is Olivier Salad?

Olivier salad (pronounced uh-li-vee-ay sa-luhd) is a classic Russian recipe to enjoy a delicious, creamy potato salad. It is best known as Russian salad or Olivye in the Ukrainian community.

Cooked potatoes, eggs, peas, carrots, onions, pickles, meat are mixed together thanks to a creamy mayonnaise.

When to serve Russian Potato Salad

Olivier salad is a popular recipe to enjoy during winter holidays like Christmas and New Year's Day. Anyway, you can also serve it during other special occasions or festivities like Easter.

Tips for the Best Olivier Salad

If you have time you can prepare the mayonnaise by yourself, or use a store-bought one.

Vegetables should be cut smoothly, and they must be slightly crisp on the outside and not soggy. If you use pickles, let them drain before stirring in.

Choose fresh or frozen peas: avoid jarred or canned peas because they contain a lot of water and are too soft.

To keep the vegetables compact and with a good color, just after boiled put them in a bowl of icy water for a few seconds and then let them dry on a clean cotton cloth.

For a vegan Olivier salad, leave out eggs and ham. Don't omit mayonnaise as it is the key ingredient for this recipe, so replace it with soy or vegan mayonnaise. To add more texture you can stir in boiled cauliflower.

For a vegetarian Russian salad, leave out meat.

For the protein ingredient in Olivier salad, you can replace ham with cooked chicken or tuna.

You can prepare the Olivier salad without hard-boiled eggs.

How to store Olivier Salad

You can preserve the Olivier salad for about 3 days in the refrigerator in a sealed container, but only if you have used a store-bought mayonnaise. But if you have used homemade mayonnaise, it would be better to eat it on the same day you prepare it or at least the next day, because the raw egg is likely to go bad.

Can you freeze Russian Salad?

Yes! You can freeze it for a month, just keep in mind it will be soggy and won't retain its texture once thawed.

How to make Olivier Salad

Remove the ends of the carrot, peel it and chop it.

Cut the hard-boiled egg into cubes. 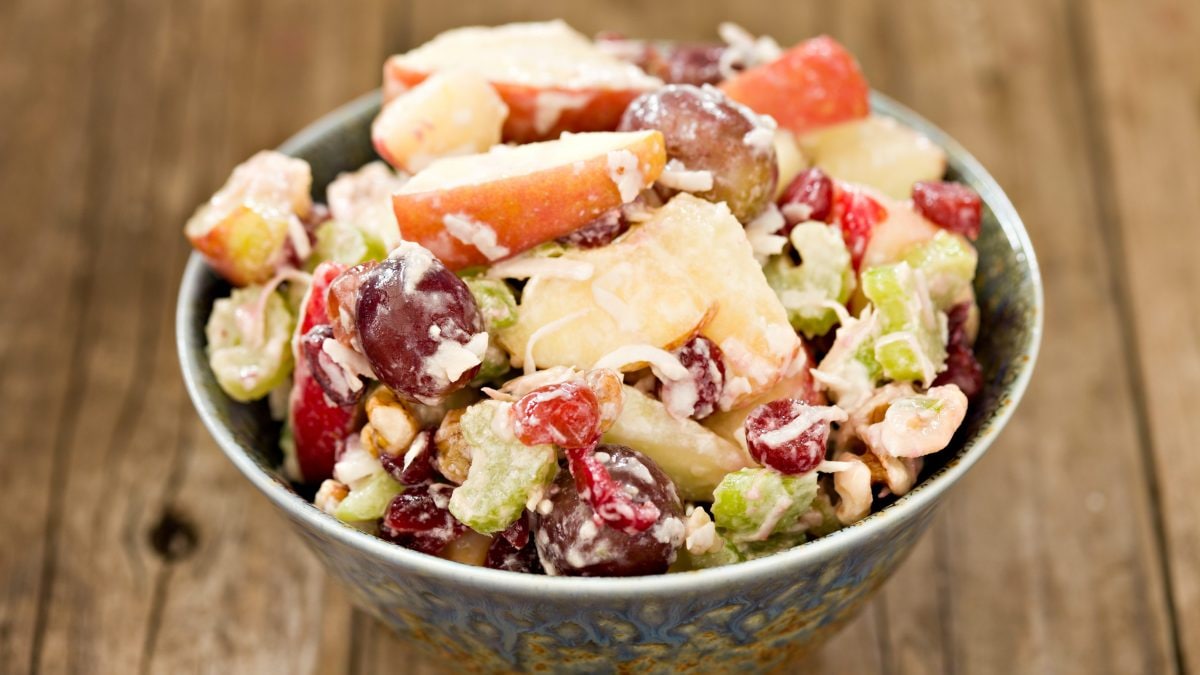 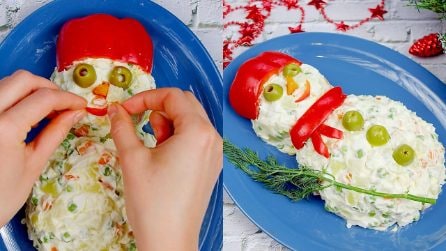 Olivier salad (Russian potato salad): how to serve it for Christmas!
Views
10.069 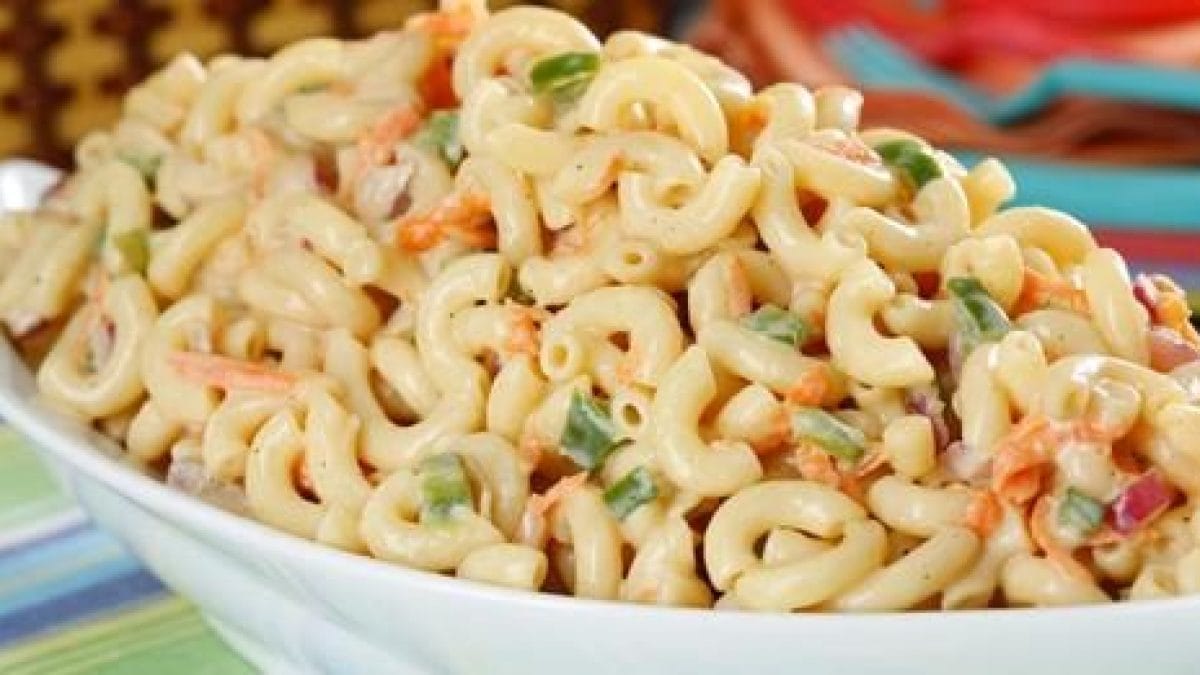