This is an amazingly light and moist Spanish flourless cake made with Greek yogurt. It is soft, fluffy, and flavored with lemon and vanilla – it makes you think of long, summer days spent relaxing and enjoying yourself!

If you know how to separate eggs and make meringue from the egg whites, this dish is very quick and easy to prepare. The Greek yogurt keeps it moist and adds a slightly sharper note to cut through the sugar.

Separate the eggs, putting the whites in one bowl, and yolks in another. Add the sugar to the egg yolks and beat with a mixer until the sugar is combined and the mixture turns from orange to pale yellow.

Add the Greek yogurt to the egg mixture, as well as the lemon zest.

Whisk again until you have a creamy, well blended mixture. Add the vanilla essence and mix the baking powder with the cornstarch before adding to the bowl.

Whisk everything well together so there’s no lumps and set aside.

Taking a clean whisk or hand mixer, whisk the egg whites until they turn soft, white, and leave peaks on the surface when the mixer is removed.

Use a spatula to transfer the egg whites to the bowl of egg and yogurt mixture.

Fold the egg whites into the mix, and make sure they’re mixed in without overdoing it. Some lumps of meringue will probably float on the surface of the mixture anyway.

Pour the mixture into the prepared cake tin, and pop in the oven for 30 minutes.

When the cake has finished cooking, don’t remove it from the oven straight away. Leave it in to cool for a while with the oven door open, then put the tin on a rack to finish cooling.

Don’t remove the cake until it’s completely cool, as it will be quite fragile. Carefully remove the lining paper from the cake, and place on a serving dish. Sprinkle with icing sugar if desired and serve. 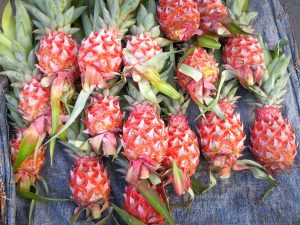 Pink pineapples now exist and they’re quite the peculiar sight
5.371 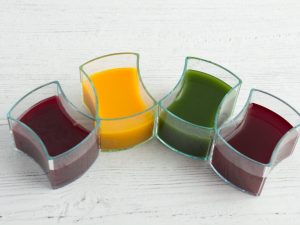 979 • by Food Inspiration
Pastel mágico: the dessert that will melt in your mouth!
9