One of the most typical dishes in Poland and the most enjoyed in the Christmas festivities and any special occasion, are similar to ravioli and are also called dumpling. It consists of a dough filled with different types of vegetables, cheeses, potatoes and even fruits; boiled and sometimes after boiling passed through butter to fry them, they are served accompanied by sour cream or sautéed onion and butter. This recipe is widely accepted worldwide, hence the wide variety of fillings that can be found in different countries. A dumpling with multiple options to enjoy, I will share two simple fillings and easy to make but very tasty. 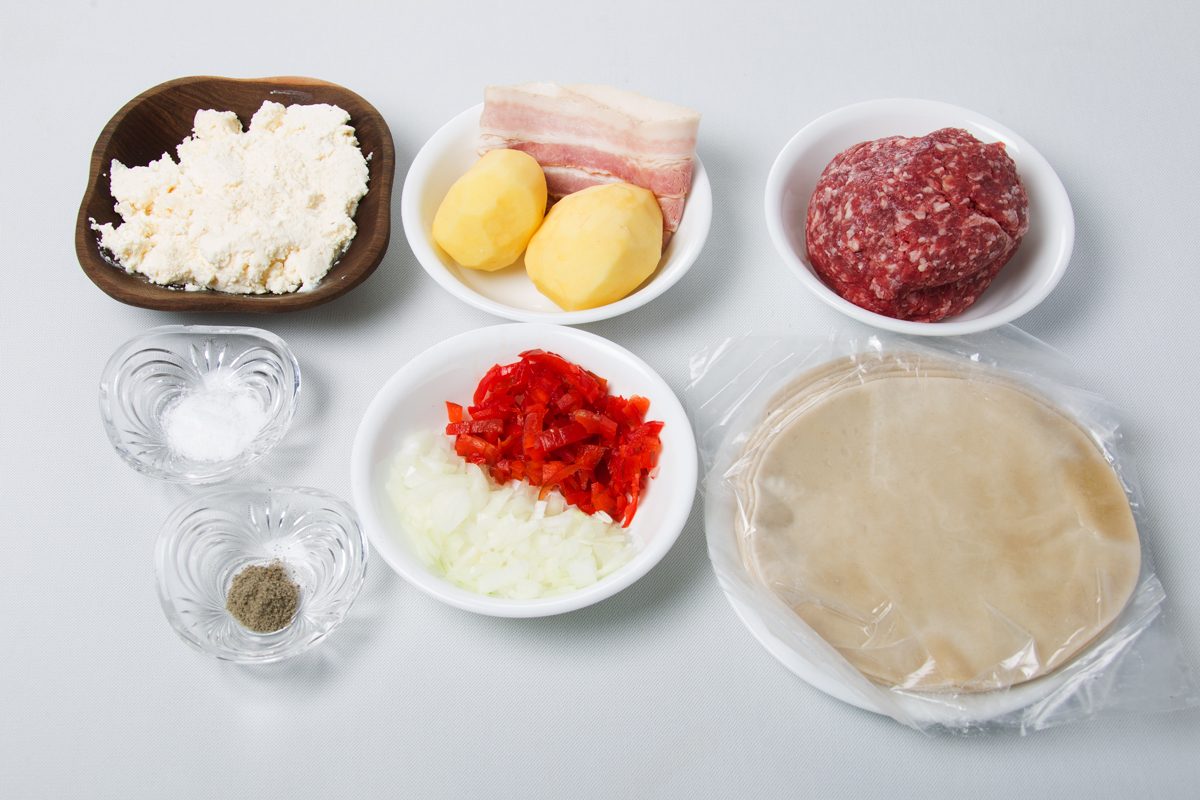 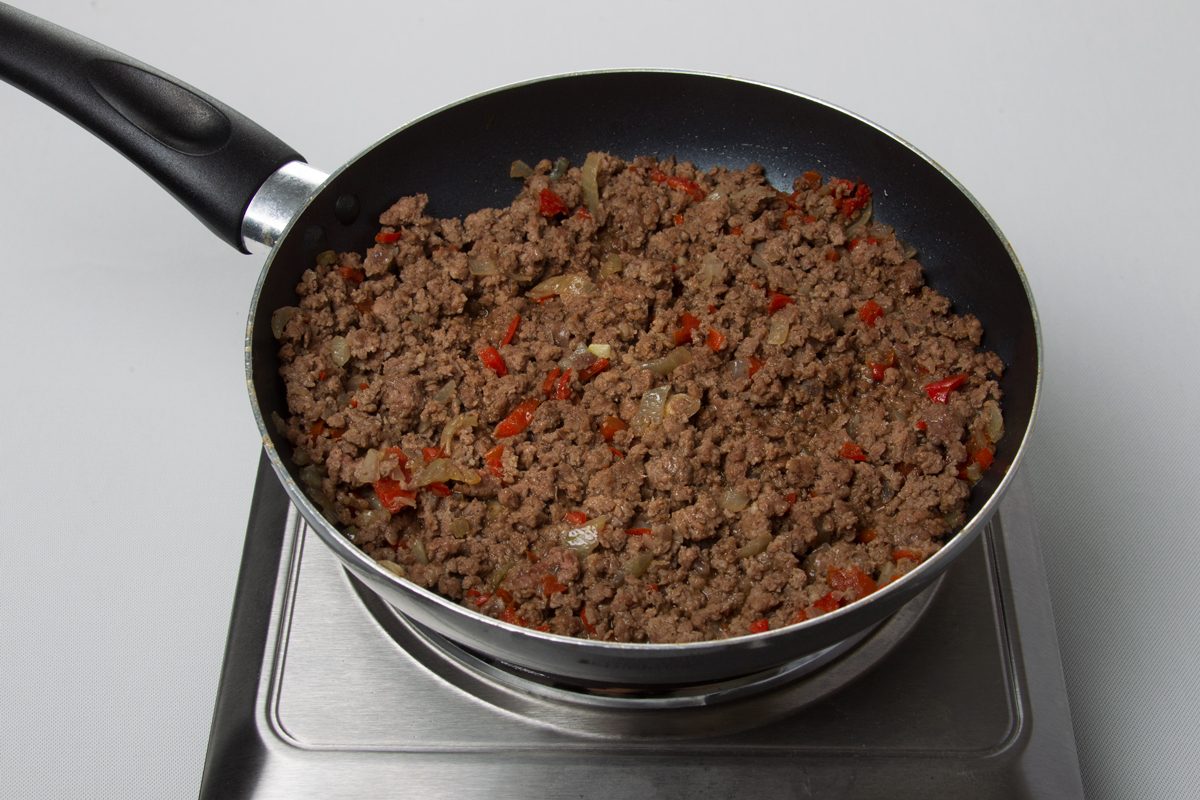 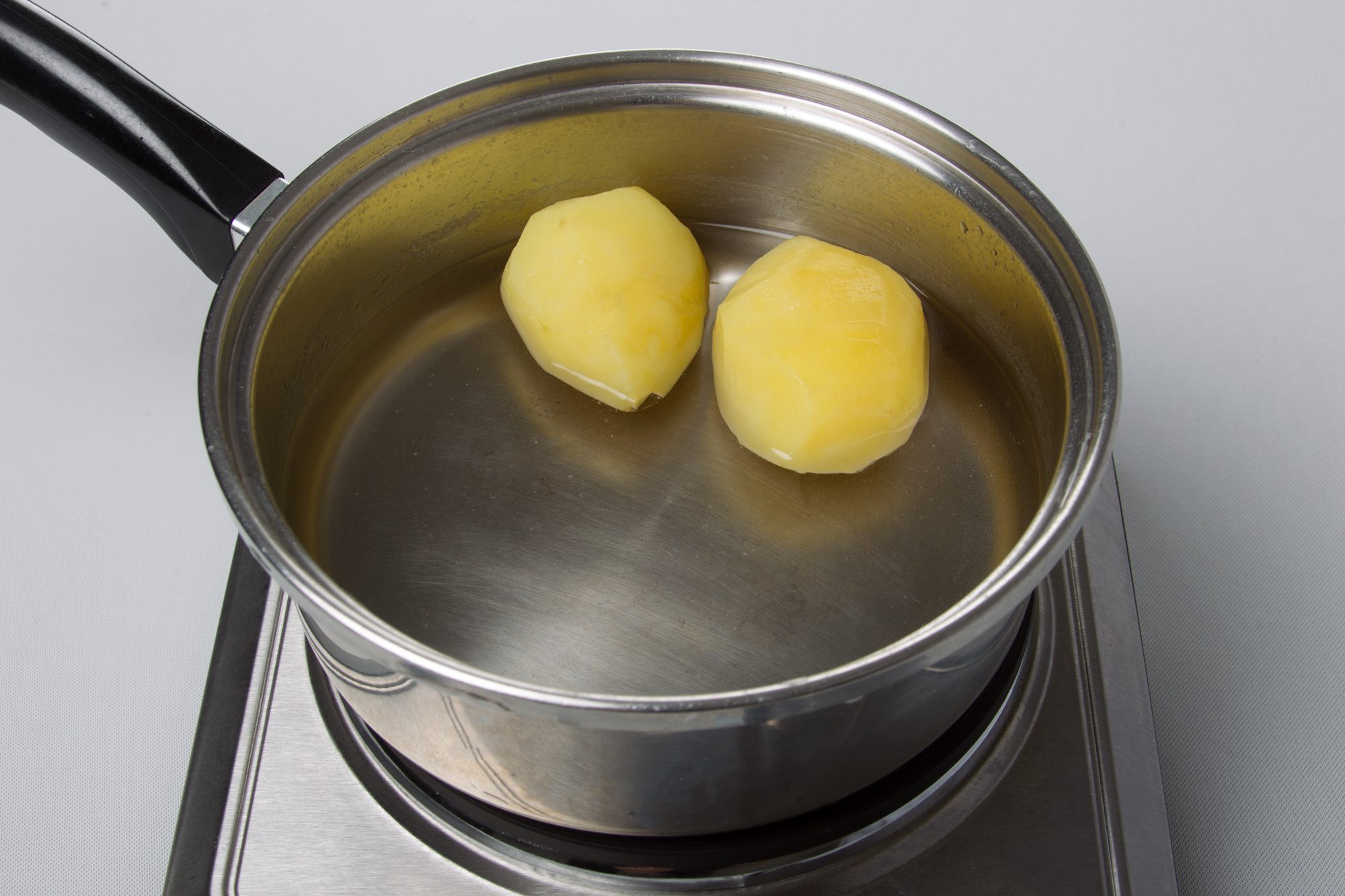 To prepare the pasta, beat together the eggs and the sour cream until you achieve a homogeneous consistency. Sift together the flour, salt and baking powder in a bowl. Add the cream mixture and mix well until the paste has formed. Knead on a lightly floured surface until firm and smooth. Divide the dough in half and extend one half until it reaches a thickness of approximately 25 cm. Cut into circles approximately 8 cm in diameter. Wash the potatoes, peel them and cut them into quarters. Cook the potatoes in boiling water until tender. Drain the excess water and grate the potato with a hand grater. 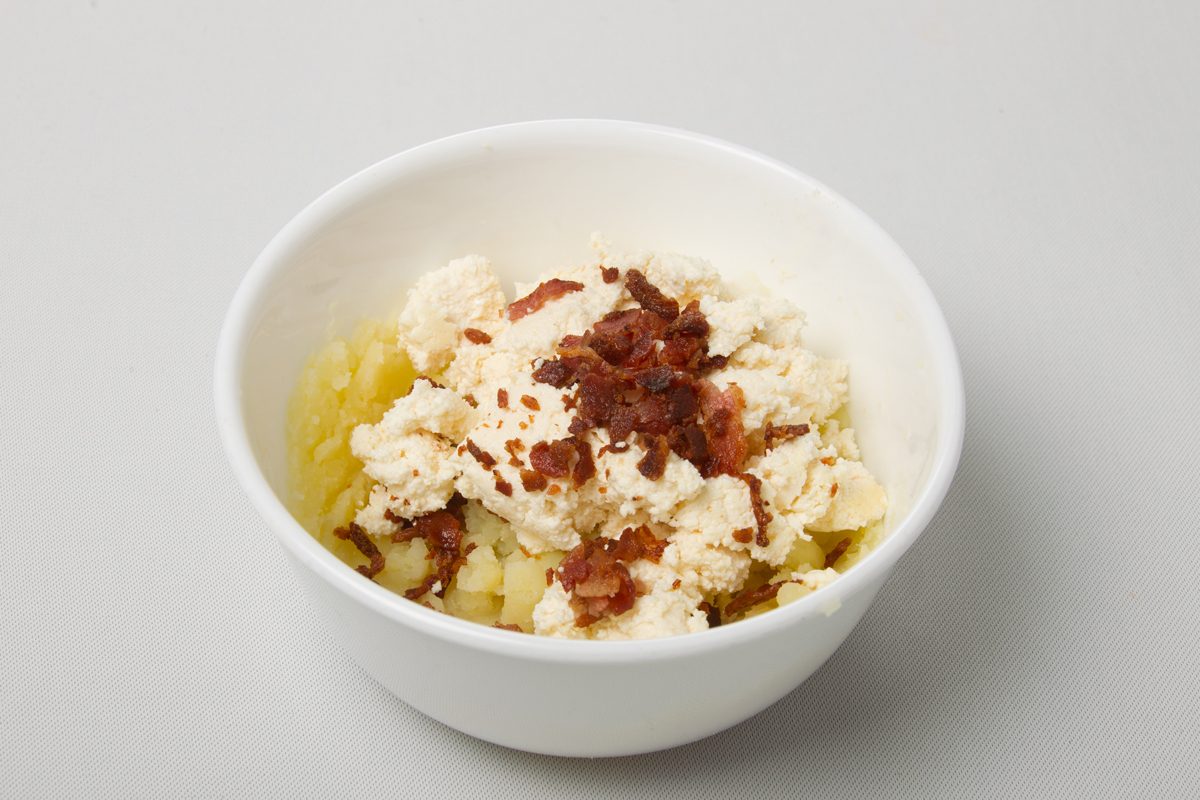 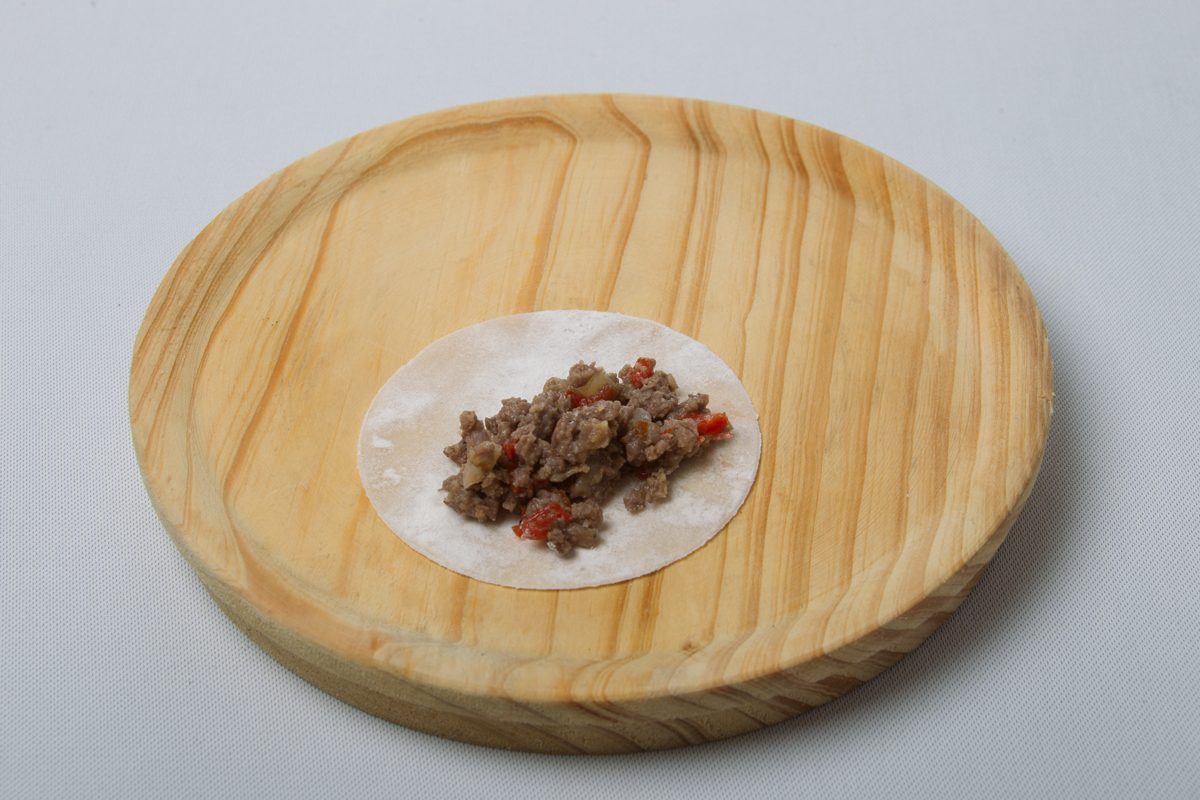 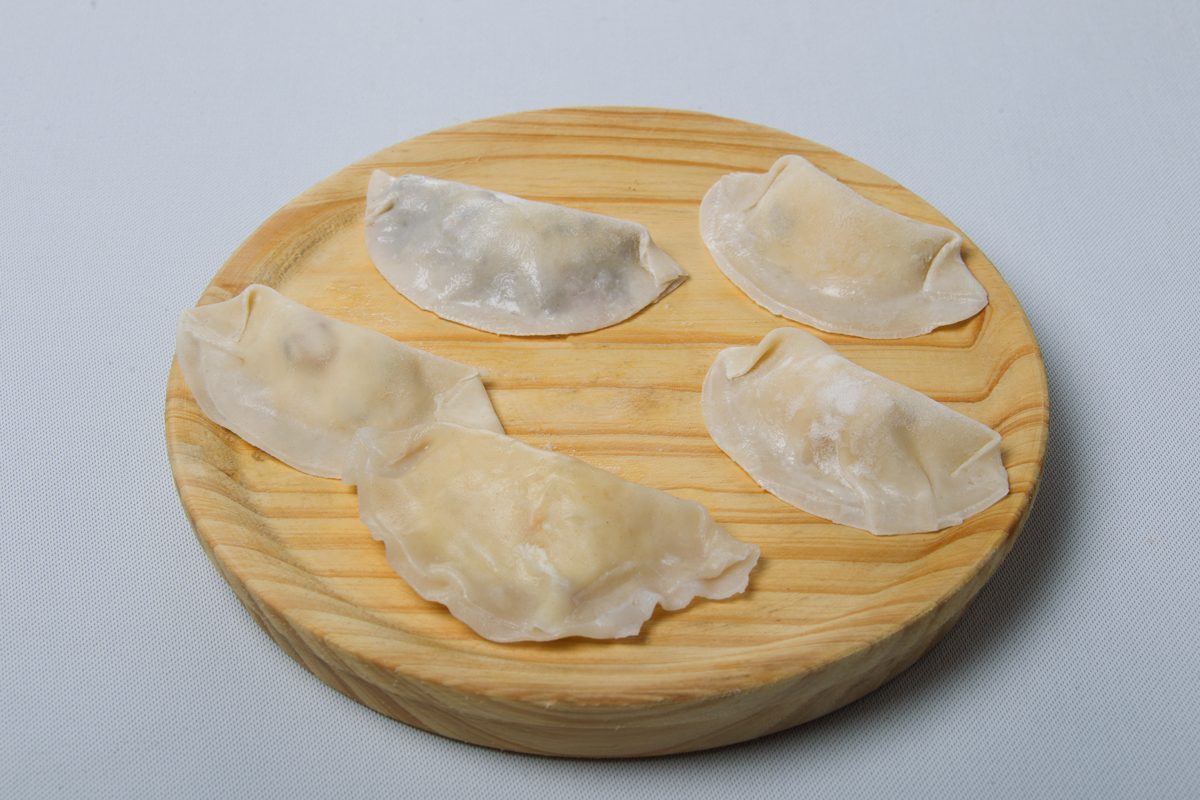 Melt the butter in a pan over medium heat. Add the onion and the bacon, chopped in small pieces, cook until transparent, about 5 minutes. Add the mashed potatoes, the ricotta and season with salt and pepper. Stir well and remove from heat. To prepare the ground meat, wash and cut the vegetables into very small pieces. Put the oil in a hot pan, add the onion first, the garlic crushed, cook for about five minutes. Add the ground beef and gradually separate a spoon, add the red bell pepper and seasonings. Stir well and cook for 5 more minutes. 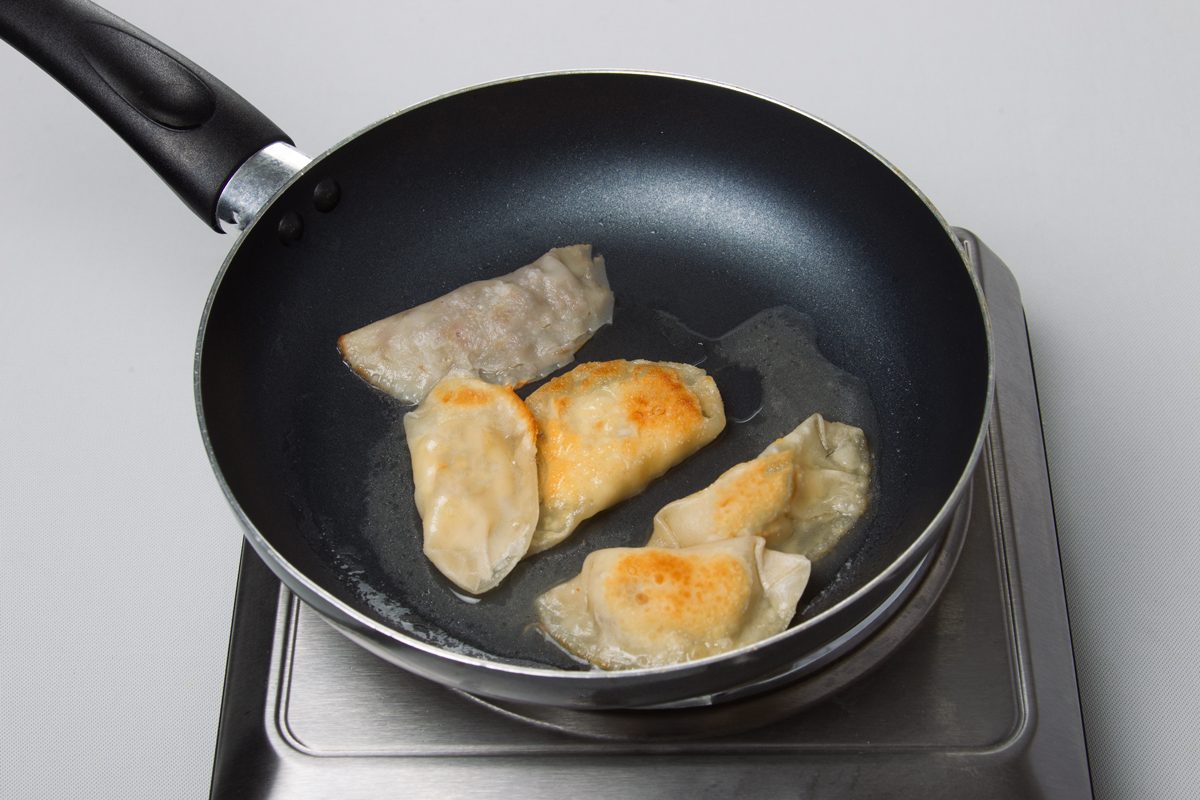 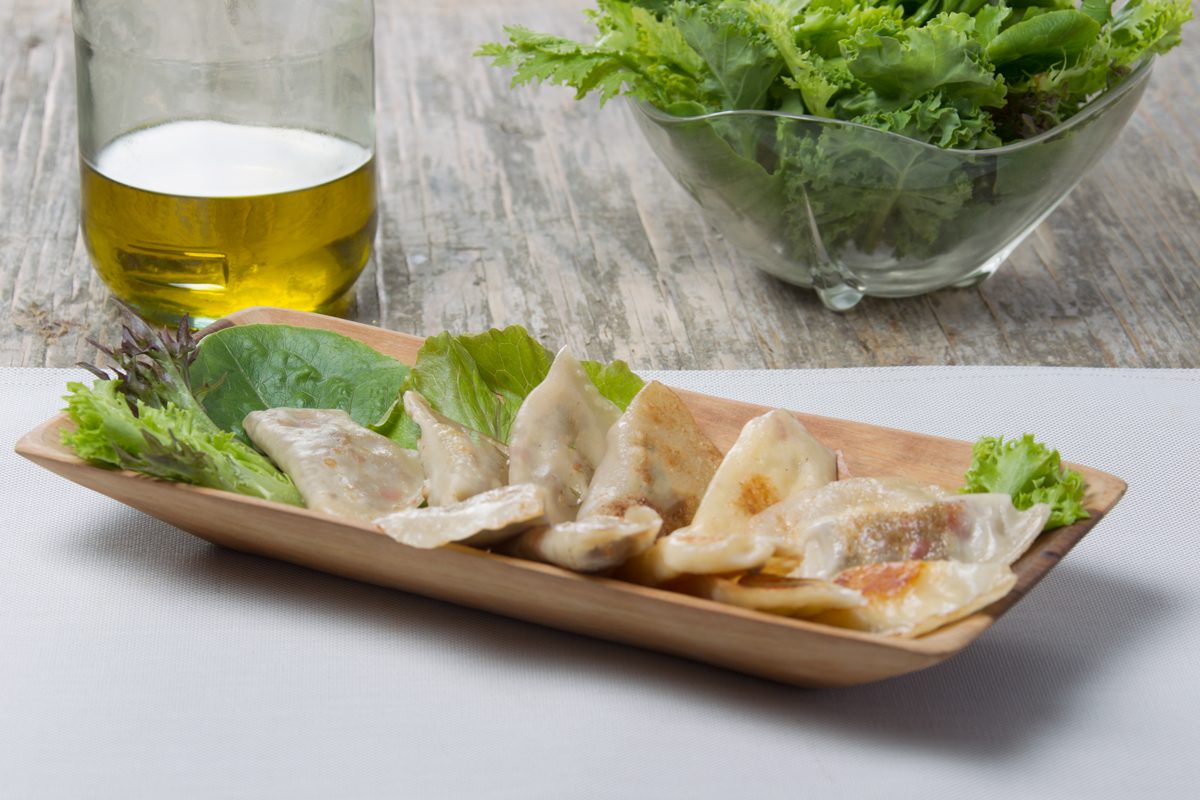 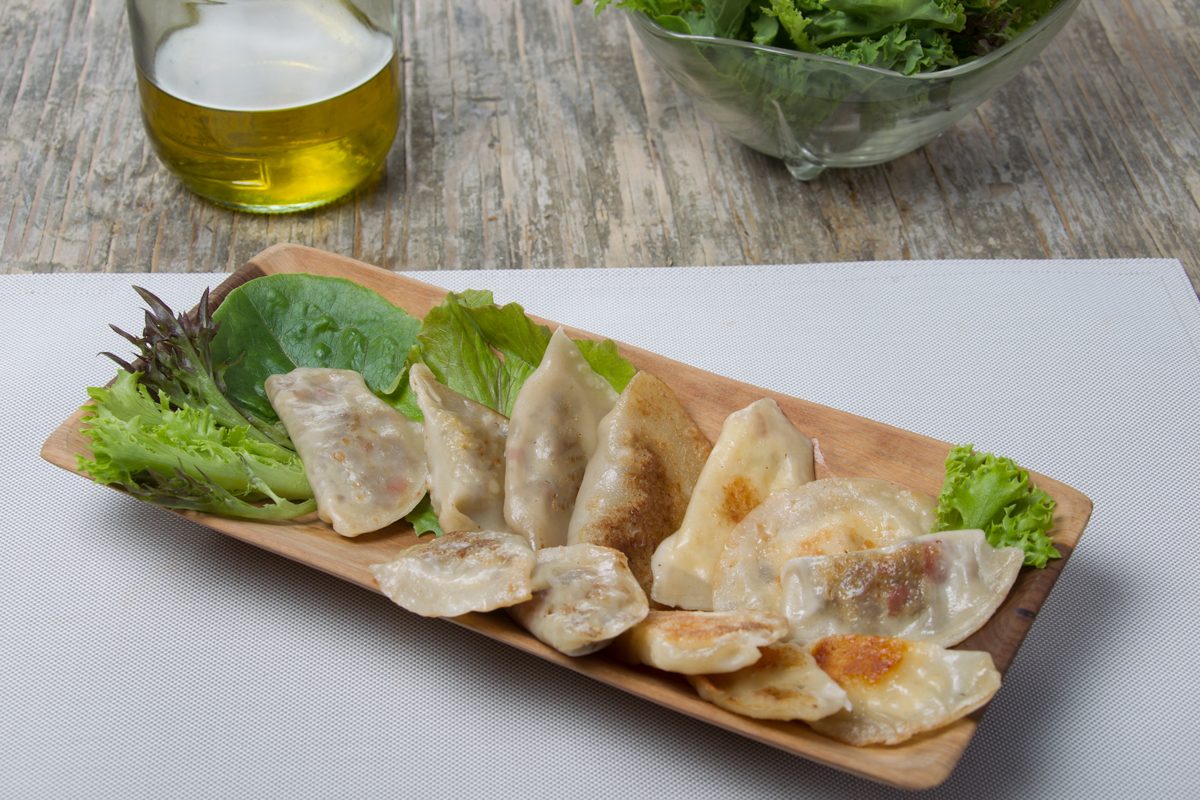 Place a spoonful of the mashed potato in the center of each circle. Moisten the edges with water, fold and press with a fork to seal. Repeat the procedure with the rest of the pasta of potatoes and the meat filling. Boil enough water with salt in a large pot. Add the stuffed pasta and cook for 3 to 5 minutes or until the "pierogi" begin to float. Remove with a slotted spoon. 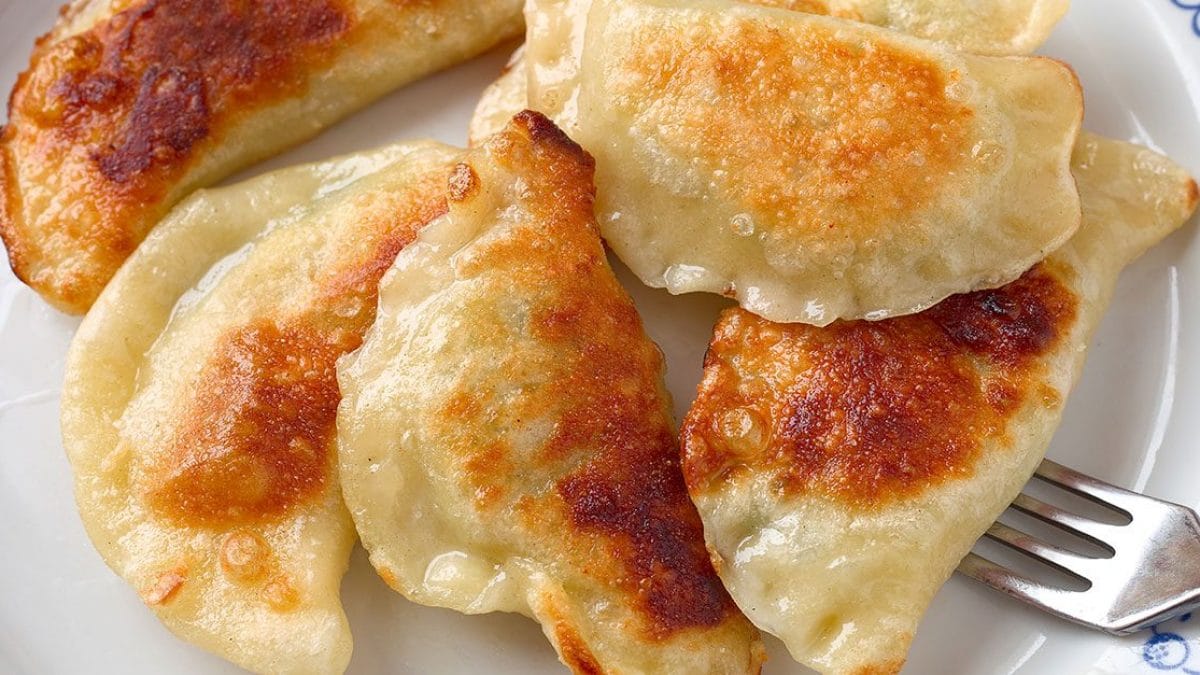 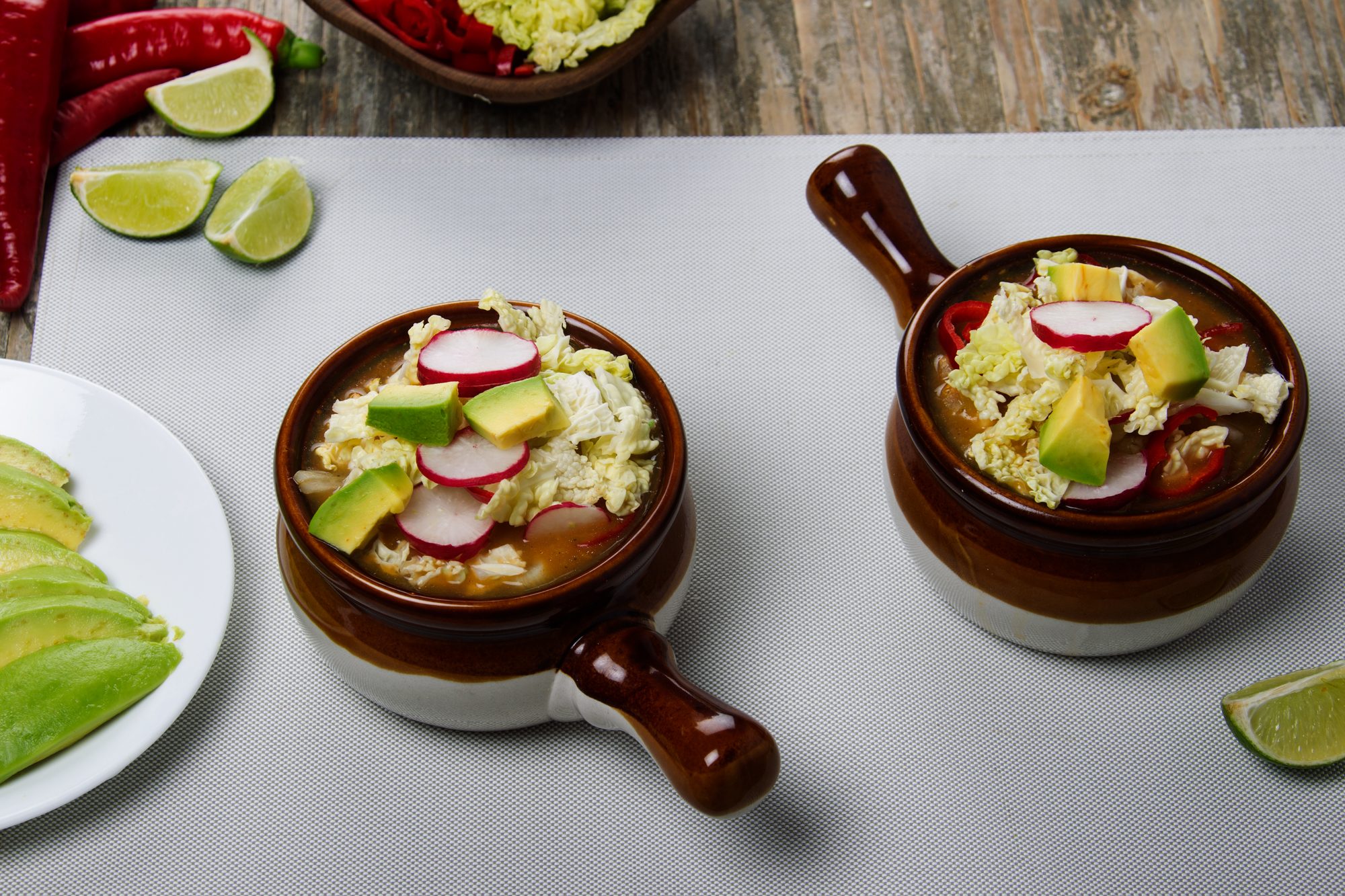 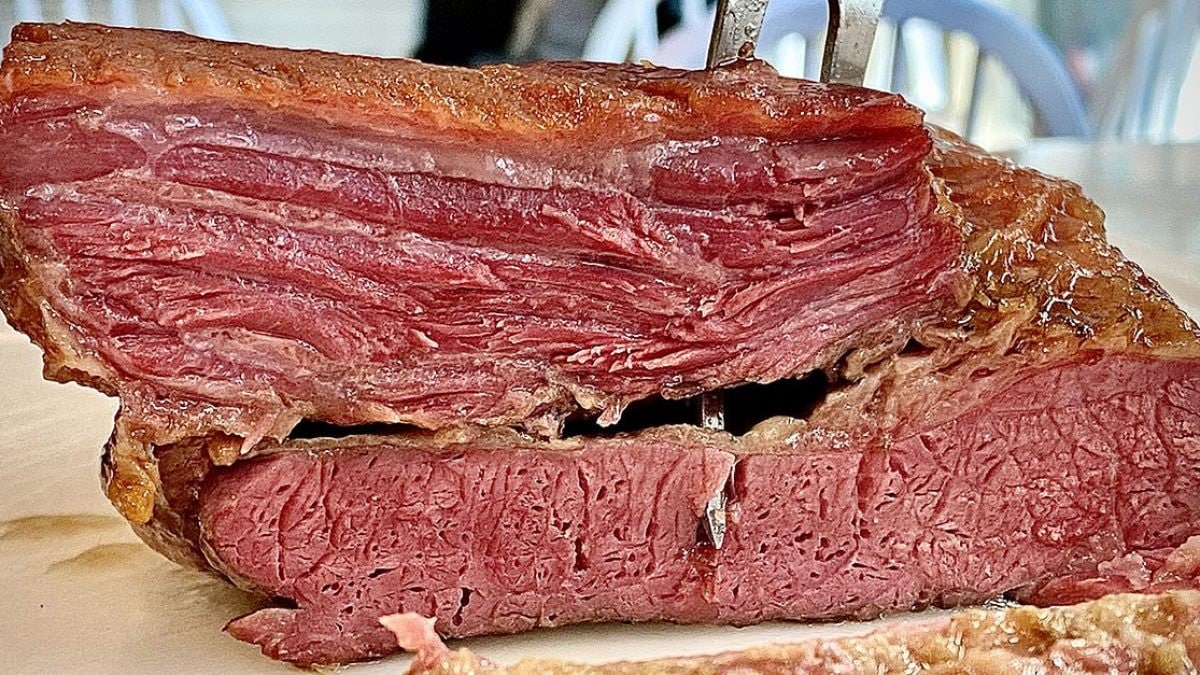