The royal family is large and each member is known to have a favorite recipe. The Queen loves scones, Prince Charles loves his cheesy baked eggs while Markle is fond of adding two secret ingredients to her banana bread. Read on for 10 delicious recipes that have been shared by members of the royal family.
Food news
by Cookist

The British royal family are the most popular royals in the world but that doesn't mean they don't have meals they can never refuse like the average person! Here are the 10 foods that are special favorites by different members of the royal family:

1. Prince Harry and Prince William love this crispy chicken and mac and cheese

In their younger years, Prince Harry and Prince William treasured the crispy chicken and mac and cheese prepared by Darren McGrady, who worked as a personal chef to Princess Diana after leaving his post at Buckingham Palace.

In a video tutorial shared via hIs YouTube channel, the chef explains that the recipe for the chicken is straightforward while the mac and cheese requires special attention to ingredients. All you need are butter, flour, milk, cream, cheddar cheese, parmesan cheese, and salt.

And nope, you can't use a packaged mix!

If you love dark chocolate then this sweet treat is for you. The special cupcake is made up of a cake sponge that features a unique mixture of vanilla, cocoa powder and white chocolate chips. The indulgent piece is finished off with a chocolate buttercream topping that requires just two ingredients (dark chocolate and icing sugar).

Prince Charles loves cheese and he has made this very evident in past years. Aside from being a patron of the Specialty Cheesemakers Association, the royal loves this cheesy baked eggs recipe. The savory dish may be iconic in the Clarence House, but you can easily make it in the comfort of your own home. All you need are wilted spinach, one cherry tomato or sundried tomatoes, strong soft cheese, one egg, double cream and grated hard cheese and fresh basil leaves.

These are biscuits like no other as they feature the admittedly bold mix of cinnamon and ginger just befitting of the term, "spiced." The delicious pastries, which are decorated with frosting, biscuits are enjoyed by the royal family during the Easter celebration but they can also be enjoyed all-year round. All you'd have to do is change the shape and decorative ingredients.

Way before becoming a member of the royal family, Markle disclosed that it has become a habit to make slow-cooked foods on Sundays and that her favorite thing to do is Filipino-style chicken adobo. She said:

"It's so easy — combine garlic, soy (or Bragg Liquid Aminos), vinegar, maybe some lemon and let the chicken swim in that sauce until it falls off the bone in a Crock Pot."

6. The Queen celebrates summer with these sultana scones

The Queen's favorite scones are like the average scone except that they are typically served with sultanas, an uncommon raisin that is pre-soaked in hot water for 30 minutes before use. The delicious scones are tasty and ready in under 12 minutes!

Markle enjoys this cocktail during Christmas but you can make it at any time of the year! The recipe produces an eclectic taste profile that is a nutty mix of almonds, cinnamon, cardamom, ginger and dates.

You won't believe how amazing that combo works until you taste it for yourself!

The Duchess shared the recipe during an interview with Grazia back in 2015, where she gave tips on how to host the perfect Christmas.

Markle loves to make her sweet potato wedges extra-sweet by adding a special maple glaze and with a tangy kick from a coating of cayenne pepper and lemon.

McGrady shares that the Monarch can never have enough chocolate biscuit cake and that it is particularly her favorite afternoon tea cake. It is made by combining crumbled rich tea biscuits and a chocolate mixture.

There are numerous banana bread recipes milling around the internet but almost none can beat Meghan Markle's special recipe that includes an addition of chocolate chips and ginger.

Give yourself a delicious treat with any of these recipes. Which will you be trying first? 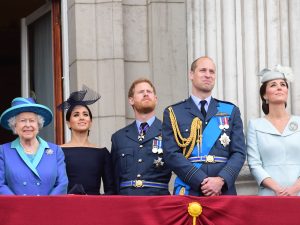 Here's What The Royal Family Enjoys For Christmas Dinner
547

The Three Foods the Royal Family is Banned from Eating
368

What the Royal Family Actually Eats in a Day
258 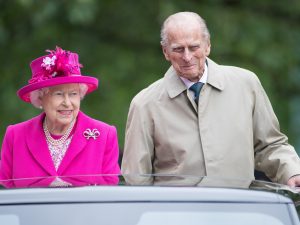 Here's The Traditional Recipe For The Royal Family's Christmas Pudding
196

9 Bizarre Eating Habits of the Royal Family, According to Their Personal Chef
257 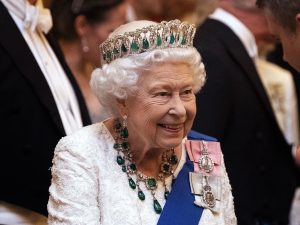