It’s been revealed that people will now be able to order things like the princess peach cupcake, the toadstool cheesy garlic knots, and the piranha plant caprese when Toadstool Cafe, a Super Mario Brothers themed Cafe starts operation at Universal Studios Hollywood. Here are the details.

Super Nintendo World is scheduled to open at Universal Studios Hollywood in February. There, visitors can experience an immersive themed land reminiscent of the popular Super Mario Brothers video games.

Some of the attractions to be featured include a Mario Kart-inspired ride named Bowser’s Challenge, a merch shop called 1-Up Factory, and the restaurant, Toadstool Cafe. The cafe is a collaborative effort between Nintendo, Universal Studios Hollywood, and Universal Studios Japan.

read more
There's a special "entertainment" at the restaurant: look what the monkey does

According to reports, the cafe takes many design and culinary cues from its sister restaurant, Kinopio’s Cafe, which is located in Osaka’s Universal Studios Japan. Visible right from the entrance is a digital rendering of Chef Toad getting prepped up in a virtual kitchen.

The restaurant boasts a big dining area crafted with warm blonde faux-wood veneers enlivened with pastel pops. There are also TV screens that look like windows that provide views of Mushroom Kingdom on one end, and a view of Chef Toad’s kitchen on the other.

There were several other elements from the old video game that fans of the franchise are sure to appreciate including a soundtrack that features remixed music from several Super Mario Brothers video games.

Seating options include dazzling booths and roomy tables paired with chairs that can fit about 256 diners at once. The menu leans towards the Italian American culinary favorites and the team developed a list of whimsical dishes and drinks based on physical traits and personalities from the video game.

They also incorporated some famous hits from Kinopio’s Cafe including the Piranha Plant Caprese and the Mario Burger with bacon, mushrooms, and cheese. Some of the LA creations include the Super Star Chicken Salad, the Luigi Burger, the toadstool-shaped garlic knots and a Chef Toad Short Rib Special.

One of the park representatives has said that the Chef’s special will most likely change from time to time depending on the season. The price ranges from $6 for the garlic knots to $22 for the short rib special.

Speaking about their immersive menu, Jon Corfino, vice president of Universal Creative said: “Universal is known for putting you in an immersive environment, usually from a film, but in this case, we’re actually going into a game. There was really never an option of saying, ‘We’re just going to serve chicken fingers or pizza.’ It was always the opportunity to do something special.”

The restaurant staff take special care to help diners maintain their fantasy. The cooks are said to place every element of the dish with special care to prevent any disruptions.

Corfino promises diners an immersive experience when the cafe finally opens its doors on February 17 so be sure to check it out. Note that admission to Universal Studios Hollywood is required for entry. 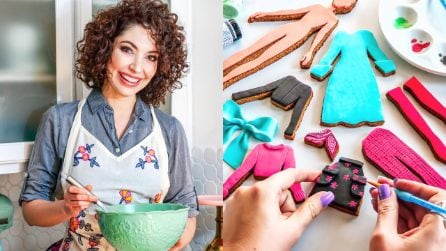 This woman creates clothes and portraits from cookies
Views
58 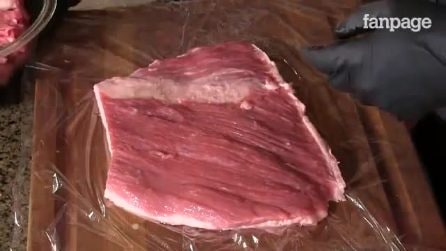 It looks like a normal piece of meat: but what's inside will give you the creeps
Views
25.941 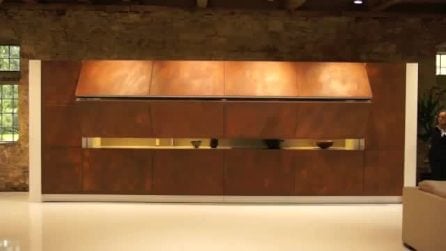 It looks like a simple wall: here's what it hides inside
Views
305