Baked Denver Omelet is a quick and easy dish you can serve at breakfast or brunch. This puffed American-style omelet is rich in protein and low carb, while the bell peppers add both color and nutrition.

Also known as Western omelet, its name is related to the geographical area of its origins. In fact, this recipe is supposed to date back to the 19th century in the American West, when cattle drivers enjoyed this egg mixture served on bread.

To make a perfect Denver omelet, simply whisk together ham, peppers, onion, cheese, eggs and milk, and then bake. This light and tasty omelet will be ready in less than 30 minutes. Serve it hot or at room temperature to start the day at the best.

Baked Denver omelet is made with nutritious ingredients like bell peppers, onion and eggs. To flavor the dish, the recipe also calls for ham and cheese. Finally, the milk is the secret ingredient to make this omelet fluffy.

Make sure not to overbake the omelet else the dish will become tough and soggy.

You can also use frozen vegetables for this omelet. Sauté them before adding them to the omelet.

If you don't have cheddar cheese on hand, you can replace it with another shredded cheese.

For a tastier recipe, use bacon or sausage instead of ham.

You can make the baked Denver omelet ahead and store it in an airtight container in the refrigerator for up to 3 days. Reheat it in the oven or microwave before serving.

How to make Baked Denver Omelet

Preheat the oven to 180 degrees C and grease the baking dish with olive oil. Evenly layer the ham cubes over the greased baking dish. Keep aside.

In a non stick pan, add the olive oil and heat it on medium flame. Add the red bell pepper, green bell pepper, yellow bell pepper, and chopped onion. Cook the vegetables for about 2 to 3 minutes or until  tender.

Transfer the sautéed vegetables over the ham cubes and roughly spread it evenly over the baking dish.

Whisk the eggs in another bowl until frothy. Pour in milk.

Season with salt and black pepper powder. Whisk it again until blended.

Pour the egg mixture in the baking dish. Evenly sprinkle the grated cheese. Transfer the baking dish to the oven and bake for 10 minutes or until golden brown on top. 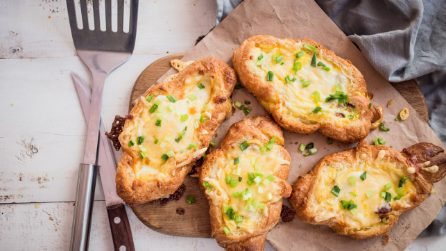 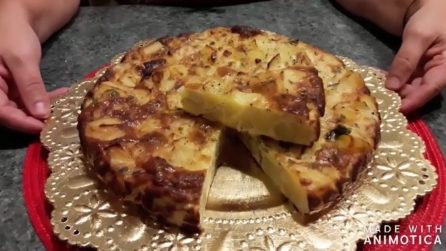 9.289 • by Love Kitchen
Baked omelet with potato and onion: simple and tasty recipe
226 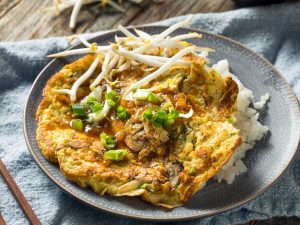 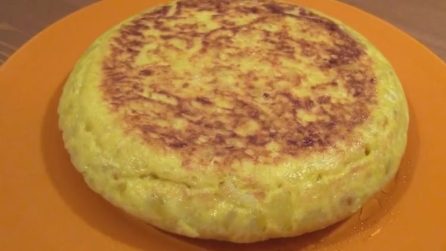 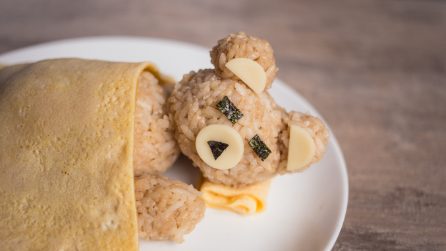 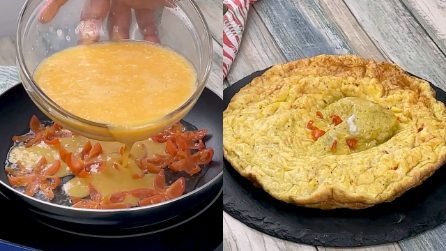