Baked Potato: the best ever recipe for the perfect baked potato

Who doesn't love a beautifully cooked baked potato? With its ultra-fluffy, lighter-than-air insides and crispy, golden brown outsides, a baked potato is the perfect side dish. Also known as a jacket potato in the UK, baked potatoes can be customized any way you like. Load your potato with toppings like cheese, bacon, sour cream, and beans to make it a hearty, comforting main meal that will delight your taste buds.

The beauty of baked potatoes is that they're incredibly easy to make. They can be cooked in either the oven or a microwave, the latter of which is ideal for when you want a quick, tasty side. Serve your baked potato as part of a cozy homecooked meal, at barbecues, or as a simple lunch to keep you feeling full for most of the day.

To make the perfect baked potato, you don't need any special ingredients.

All you need are a few medium potatoes – about 7 to 8 ounces in size will do. Russets or Idaho potatoes are ideal for baking. In the UK, look for King Edwards or Maris Pipers. Starchy potatoes are the way to go rather than waxy potatoes.

To season the potatoes, use salt and pepper.

Finally, don't forget whichever toppings you'd like to add to your baked potatoes. It can be as simple as butter or you can get fancy with sour cream, cheese, bacon, and other tasty ingredients.

How to Bake a Potato in the Oven

Ready to start cooking? Grab a fork and prick each potato all over. This is essential before baking a potato as it will help prevent the potato from exploding in the oven. Don't skip it. Rub the potatoes with olive oil and season them generously with salt and pepper. Don't wrap the potatoes in foil. You want the steam to be able to escape. If you wrap them in foil, they'll end up with a texture more similar to a steamed or boiled potato.

Bake the potatoes for about 50 minutes until tender on the inside and crisp on the outside. Use a fork to test if the potatoes are tender inside – you should be able to insert the fork easily. Cut the potato and fluff the insides with your fork. Add desired toppings and serve.

How Long to Bake a Potato

Leave your baked potatoes in the oven a little longer to help the skin get ultra crispy and golden brown.

Make sure you prick your potatoes with a fork before baking them. This helps them to release steam and will prevent them from exploding in the oven.

You can brush your potatoes with butter instead of spraying them with olive oil.

Season your potatoes liberally with salt.

If you're making your potatoes in the microwave and they're still hard, cook them in increments of one extra minute at a time until they're nice and tender.

You can cook your potatoes in an air fryer. After rubbing them in oil, cook the potatoes in the air for 40 to 50 minutes at 400F.

Although the potatoes will be done cooking after about 40 to 45 minutes, leaving them in longer will make them extra crispy and delicious.

There's no limit to what toppings you can put on your baked potato. Sour cream, Greek yogurt, crème fraiche, and plain old butter are popular choices.

Chopped fresh herbs like rosemary, thyme, basil, and sage are great, too.

What to Serve with a Baked Potato

Baked potatoes go well with pretty much any main dish. You can load them up with toppings and enjoy them as a main meal with a salad and some roasted vegetables. Alternatively, serve your baked potato as a side dish with grilled steak, sausages, roasted chicken, pot roast, stews, or casseroles.

How to Store Baked Potatoes

Allow the potatoes to cool completely, then wrap them in foil and store them in the fridge for up to 5 days.

Heat your oven to 425F. Line a baking tray with baking parchment.

Heat your oven to 425F. Line a baking tray with baking parchment.

Put the potatoes on the tray. Using a fork, stab each potato all over.

Put the potatoes on the tray. Using a fork, stab each potato all over.

Season with salt and pepper.

Season with salt and pepper.

Bake for 50 to 60 minutes until tender on the inside and crisp on the outside.

Bake for 50 to 60 minutes until tender on the inside and crisp on the outside.

Using a small knife, cut lengthwise the potato and gently open it. Fluff with the insides. Add desired toppings and serve.

How to make Baked Potato in the Microwave

Using a small knife, cut lengthwise the potato and gently open it. Fluff with the insides. Add desired toppings and serve.

Arrange one or two potatoes in a microwave-safe dish, then put it in the microwave.

Arrange one or two potatoes in a microwave-safe dish, then put it in the microwave.

Cook it for 3-4 minutes, then turn it over and cook for another 3-4 minutes. If you're cooking more than one potato at the same time, add an extra minute per side.

Cook it for 3-4 minutes, then turn it over and cook for another 3-4 minutes. If you're cooking more than one potato at the same time, add an extra minute per side.

Leave the baked potato out from the microwave, slice open each potato and fluff the insides. Garnish with your favorite toppings, serve and enjoy!

Look for potatoes around 7 ounces each in size. 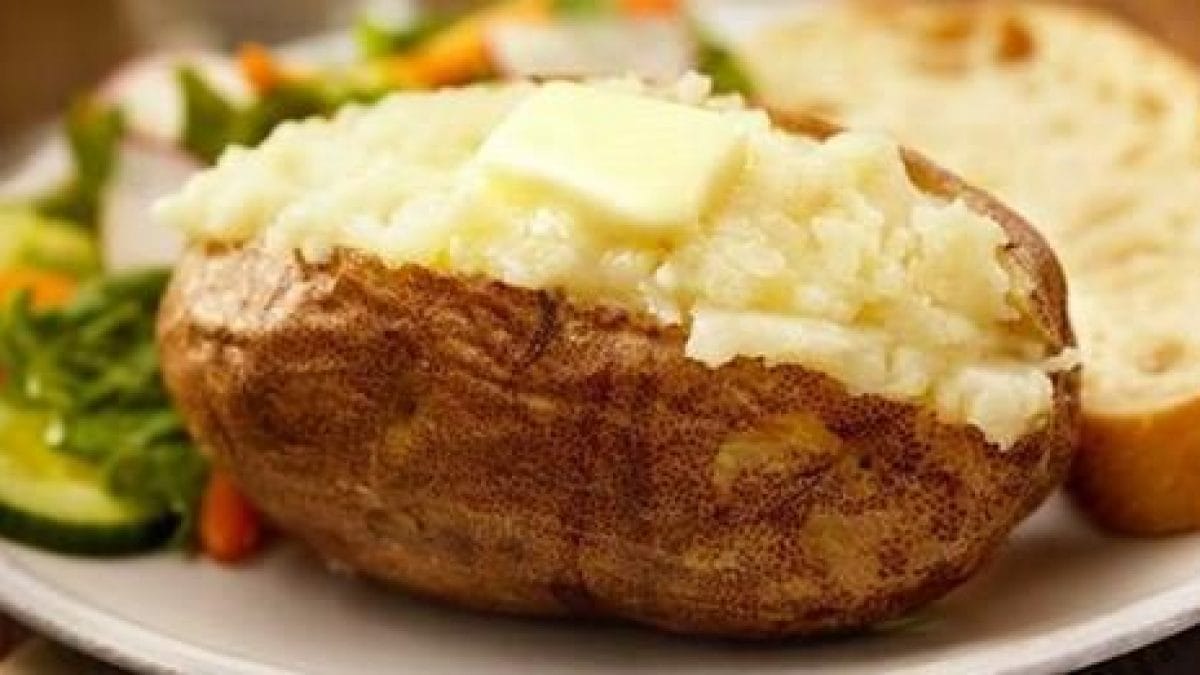 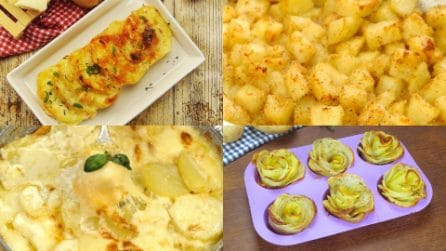 6 recipes to make the best potatoes ever!
Views
480 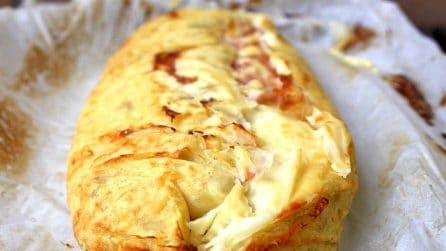