Beef Cuts: how to recognize the most common ones and how best to cook them

Do you know where the loin is? And how do you cook a shoulder round? Today we will tell you everything you need to know about beef cuts; the differences between first, second and third category, but also the best ways to cook them, and all the useful tips for beef meat. Each nation has a different classification, dictated by the history of the country.
How-to
by Cookist

Beef meat is back in the spotlight, as are vegetables. The unmistakable flavor, the scent of a good product, make even the staunchest defenders of salads fall in love. For this reason, it becomes more and more important to know the beef cuts we are going to buy, and then make them into tasty and nutritious dishes. The cuts of beef, in fact, are many and varied, but with this short guide you will learn which are the most common ones and the best way to cook them.

What are the Cuts of Beef

Red beef meat is divided according to age: veal and young beef, beef, heifer meat. To cook red meat properly, it is very important to know its cuts. Depending on the age at which the slaughter takes place, depending on the sex of the animal, the diet and the specific cuts of beef, it is possible to get different products that will meet the needs of each customer in terms of taste, nutritional properties and cooking.

The beef cuts are divided according to the portion of the animal from which they are derived, but there is also a type of classification that identifies them from a more commercial point of view. It is important to specify the country because each one has its own classification. Italy classifies beef cuts according to quality, based on the percentage of connective tissue present, in first, second and third category cuts. American anthropologist Margaret Mead writes in the American Anthropological Journal of the American Anthropological Association that "the cultures that divide and cut beef specifically for consumption are only the Koreans and Mekan tribes in East Africa. The others make other choices. The French people and the British people make 35 differentiations between the cuts of meat, the Mekan tribes 51, while the Koreans make up to 120 different types of cuts". In Italy there are almost 20 types of beef cuts.

The cuts of beef of first category: how we call them

The cuts of beef of first category are part of the hindquarters of the animal. They are the most tender and precious cuts, therefore also the most expensive ones on the market. Let's see them together.

The loin is the finest cut of the beef. It is obtained from the back, usually from the ninth to the fourteenth lumbar rib. It is an extremely tender meat, with a thin layer of external fat that adds flavor to the product. The loin is undoubtedly the best cut for steak. Very suitable for roasts, in the oven or in a casserole dish, you can also cook it in a pan but the barbecue is certainly the most worthy cooking way for a great loin.

The rib is a very lean cut. It is obtained from the first to the eighth lumbar rib and also includes a small part of the animal's muscle. The part of fat is minimal and it gives it an extra flavor. The presence of the bone makes this cut suitable for braising and stewing, but it can also be grilled or simply roasted. This cut is also often used for steaks.

Fillet is one of the most loved, sold and famous beef cuts. Although it is a red meat, the cut of the sirloin is very suitable for low-fat diets. This is the piece of meat we give to children or the elderly ones, it is perhaps the most important cut of beef of the animal. This cut is obtained from the rib and it is the smallest portion of meat that can be obtained from a bovine. Its tenderness is due to the biology of the beef; the muscles that make up the fillet are used very little during the life of the animal, so it is extremely delicate in flavor. The fineness of this cut makes it ideal for tartare, therefore raw; and it is also excellent on the barbecue or roasted. Many use the fillet to make cutlets, a real delicacy.

The rump is the most popular cut for those who are on a diet. It can be derived from all animals (the turkey rump or chicken rump are widely used by bodybuilding athletes), it is one of the largest and leanest cuts of beef. It is obtained from the inside of the animal's thigh, it is made up of very thin muscle fibers; for this reason it is very tender and fat-free. We recommend cooking the rump in the oven or a casserole dish, roasted or in a pan. The rump is also very good breaded and then fried but in this way it would not be so light and healthy anymore. It is absolutely not recommended to stew or boil the rump, because the flavor is too delicate.

Another excellent quality cut, probably on the third step of the podium behind sirloin and tenderloin. The bottom sirloin is a very lean cut of meat, like everything that comes from the thigh. The best cooking in this case is in the oven or on the barbecue. Ideal for cutlets and escalopes, we do not recommend stewing or boiling it.

The sirloin is the piece between the loin and the thigh, it is a very large cut formed by large muscle masses. Being very tender, it is particularly suitable for braised meats, stews and roast beef; it is equally appreciated on the barbecue (especially the best parts, which are found in the heart of the piece). The sirloin is one of the most versatile cuts of beef there are, often bought in place of other cuts not available. It is also the traditional piece of "cutlet" and beef carpaccio. Another very interesting feature of the sirloin concerns the Italian language, in fact this piece has 25 different names around the country!

Another very famous first-class cut, the rump cover is the meat of the famous Brazilian picanha. Together with the rump it is one of the largest cuts of the bovine, it is obtained from the lateral part of the thigh, in the area close to that where the bottom sirloin is cut. Many underestimate this cut, maybe also because of the name, which is considered to be of inferior quality to the rump; but there is actually no real technical motivation to justify this statement.

The eye of round

This cut of meat is lean and without nerves, it is a refined product, indicated in the preparation of cutlets, roasts, pizzaiola steak and the famous veal with tuna sauce. Siror's carne fumada, one of the most sophisticated cured meats produced in Trentino Alto-Adige (Italy), also comes from the eye of the round. There is also another famous dish with this cut of beef; the Neapolitan Genovese pasta. This sauce was born in noble kitchens, so the cut had to be precious.

The chops are obtained from the back, between the neck and the loin. They are particularly appreciated for the fatty part that melts during cooking, making the dish tastier. Excellent if roasted in a casserole dish, to prepare steaks, for grilling or barbecue. An ancient Italian recipe sees them cooked over low heat in ragu sauce, in Puglia they are prepared with a filling of parsley, garlic and pecorino cheese; in Naples the chops are cooked in the tomato sauce with which the pasta is then seasoned; in this case, these are beef rolls stuffed with raisins, pine nuts, garlic, parsley and pecorino cheese.

The names of cuts of meat of second category

Let's now talk about the cuts of beef of second category. They all correspond to the back, shoulder and ribs of the animal. The quality level of these cuts is intermediate, they are ideal for roasting or stewing because they are rich in fat.

The shoulder round has a narrow and elongated shape, with light veins of fat depending on the breed of the animal. Very good in meat sauce, ideal for meatballs, meat loaves and minced meats, but also for braised meats and stew. Despite being a second choice cut, the quality of this meat varies according to the age of the animal. The younger the veal, the better the shoulder round will be.

Just like the eye of round, the round  has a very low fat content. Excellent in the oven or in a casserole dish, it is ideal for long-lasting cooking.

Although the name leaves no room for interpretation, in reality the shoulder pulp is obtained slightly lower, between the shoulder and the elbow of the bovine. Ideal for stew because the physical conformation of the cut has more consistencies, being made up of different muscles with a good percentage of fat.

This cut is located in the front of the animal and it also consists of a good percentage of fat. Of important dimensions and with a characteristic rectangular shape, the shoulder is a suitable cut for making boiled meats, goulash and stews.

The plate is a part of the side that is located between the belly and shoulder. With a homogeneous fat part, it has quite hard muscles that make it ideal for boiling. But why is the plate, with such a name, defined a cut of second category? Essentially due to the fact that it is made up of fairly hard muscles; it is therefore certainly not a very tender type of meat, which requires slow cooking, and sometimes it is not even used individually (it can be left together with the breast or the ribs). This is the perfect meat for beef broth.

The cuts of red beef of third category

The cuts of beef of third choice or third category come from the limbs, the neck, the belly and the anatomical part under the shoulder. These meats are very fatty and therefore tastier, but they are considered less refined. They are ideal for long cooking and minced meat.

This cut is rich in connective tissue and very lean. Generally the calf is used for stew, for broths and to create the meat stock.

The shanks and the foreshanks are the semi-fat part that materially makes the animal move. They are characterized by a high presence of connective tissue and a bony part. Although this cut is of the third category, it has a very specific use in traditional Italian cuisine; the shank is in fact the cut of ossobuco alla Milanese.

The chuck is the cut near the animal's head, practically the neck. It is made up of several muscles and for this reason it is not particularly tender. In some breeds there is also a fat part but it is usually used for minced meat, and it is not very versatile.

The flank has an elongated shape with alternating fat and lean making this cut incredibly soft. The flank is one of the most versatile cuts of beef in bovine; it is particularly used for boiled meat or to create minced meat for ragu sauce, meatballs, meat loaves and hamburgers. 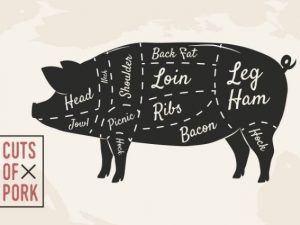 Pork Cuts: a guide on how to recognize and cook the most common cuts
140 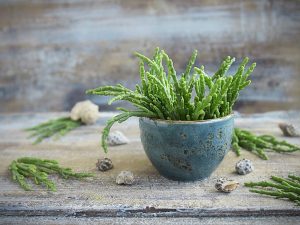 Salicornia: beneficial properties, uses and how to recognize it
1 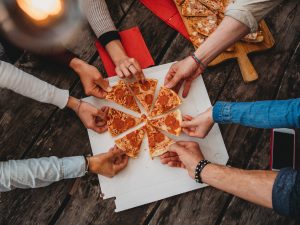 Pizza and more: the 8 foods recognized by UNESCO as intangible heritage of humanity
317 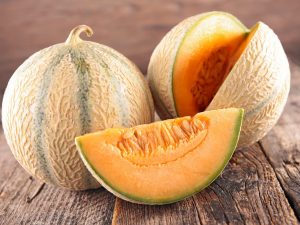 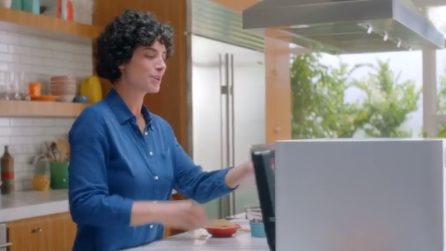 81 • by Love Kitchen
June, the intelligent oven that automatically cooks your food
63 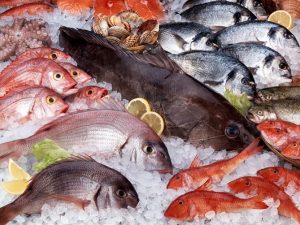