Cinnamon apple chips are very quick and easy to make. Fragrant and flavorful, you can also serve these homemade apple chips as a healthy snack to children. You only need a few ingredients to make this effortless recipe in no time — just as if you had a dehydrator.

Toss the thin apple slices with cinnamon, nutmeg, lemon and bake to make crispy apple chips that will make the whole house fragrant with their spicy scent. This cinnamon apple chip recipe is sugar free, so it is healthier than store-bought chips, yet more addictive.

How to make Cinnamon Apple Chips

To make cinnamon apple chips start by coring the apples and slicing them thinly. Next, sprinkle with cinnamon, nutmeg and a few drops of lemon to make each slice flavorful and fragrant. Bake for at least 2 hours or until dry and super crispy.

– Use a variety of apple that is naturally sweet as the recipe does not call for sugar. Wisconsin, Honeycrisp, Pink Lady or Fuji apples are the best for making homemade chips.

– You can use a mandoline to thinly and evenly cut the apple slices.

– If you're in a hurry, you can use your Airfryer. Toss the apple slices with cinnamon, nutmeg and lemon drops, then place them in a single layer in the basket and cook for about 10-15 minutes, flipping them halfway through cooking. Don't overcrowd the basket and be sure to work in batches.

– For a sweeter flavor, toss the apple slices with sugar before baking.

How to store Cinnamon Apple Chips

These cinnamon apple chips can be stored for a week in a cool, dry place.

Wash the apples very well and remove the stem.

Sprinkle the slices with a few drops of lemon, cinnamon and nutmeg. Preheat the oven to 100°F and line a baking tray with waxed paper or a silicone blanket. Place the slices on the tray avoiding sticking. 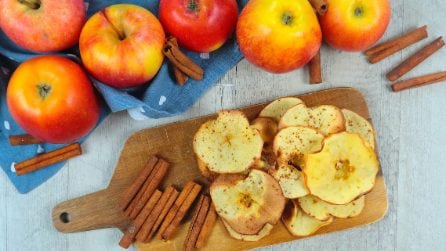 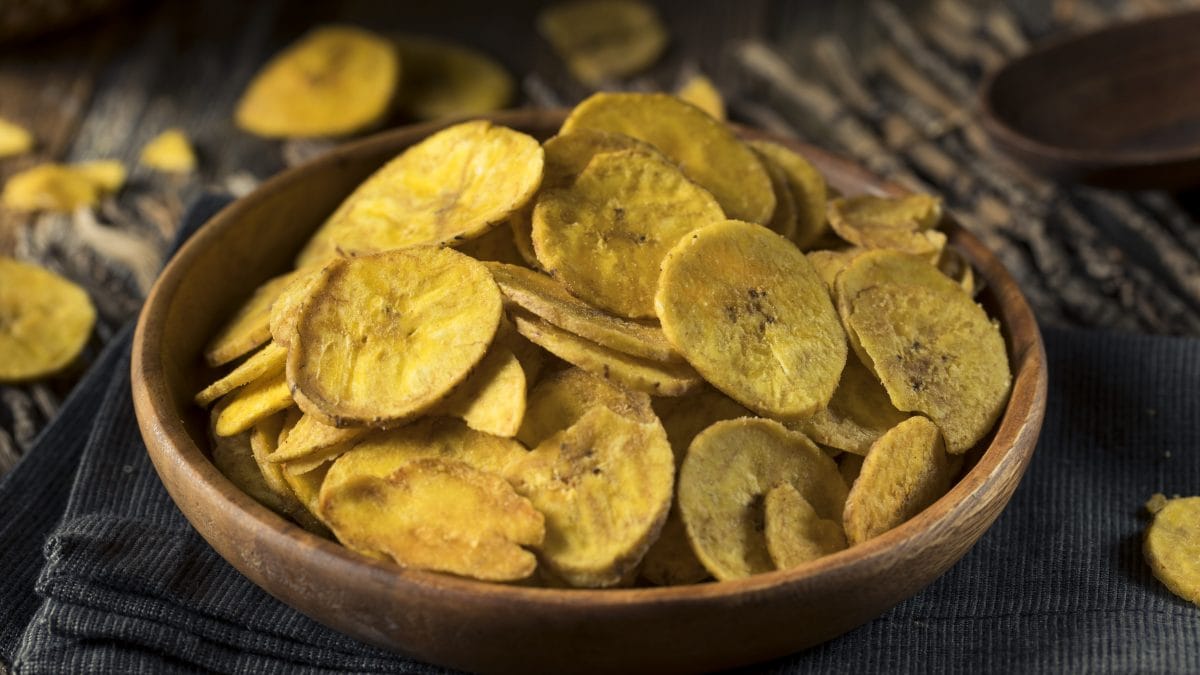 7 ingredients or less Plantain Chips: a tasty, healthy snack you can eat on any diet
Low
30 Min 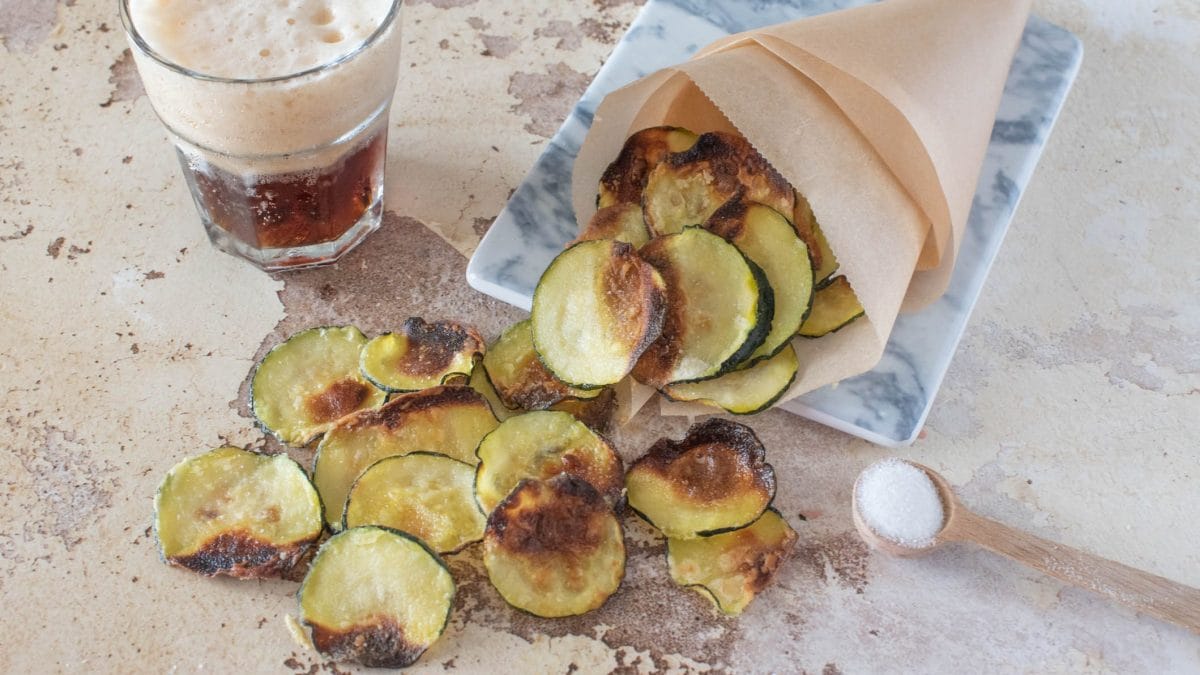