Cloud pancakes are the delightfully fluffy Japanese pancakes that you’ll want to enjoy every morning for breakfast. Just like a cloud, they’re light as air, just sweet enough and soft as a souffle. But the good news is that these melt-in-your-mouth pancakes are incredibly easy to make.

Even though you’ll use the same ingredients as your typical pancake recipe, there’s a big difference between this recipe and ordinary pancakes. That these souffle cakes are made with well-beaten egg whites and yolks. The result is a pancake that’s 10 times fluffier and several inches thicker than your average breakfast stack.

These are called Japanese pancakes because they originated in Japan, where chefs have been making fluffier and fluffier pancakes for years or even with Japanese mayonnaise.

To ensure that your pancakes come out as light and airy as possible, follow these tips:

When adding the egg whites to the egg yolk mixture, start by adding just ¼ of the whites and mixing them in fully. This lightness the egg yolk mixtures so that it’s not too heavy that it crushes the remaining egg whites when you add them. Use an electric mixer for best results to beat the egg whites. It can be very difficult to reach the right consistency with a whisk and your own elbow grease. Cover the pancakes while they cook to ensure even cooking. Make sure the skillet is hot and well-buttered before adding the batter, so that the cakes don’t stick to the surface of your skillet or griddle. Serve the pancakes hot off the stove, as the longer they sit, the faster they will lose their airy consistency. Likewise, don’t let the uncooked batter sit for very long, as egg whites start to lose their air quickly after beating.

How to Keep your Pancakes from Deflating

To keep your pancakes from deflating, be sure that your egg whites are mixed to stiff peak stage. Also, you want the pan to be hot before you add the batter. Be gentle when mixing or handling the batter, as the more you touch it, the more easily it will lose air and deflate.

To make this recipe, you’ll need your usual pancake ingredients:

Eggs (separated into yolks and whites)

For the topping, whip up a sweet combination of:

How to Make Cloud Pancakes

First, in a mixing bowl, combine the egg yolks, vanilla, milk, and oil with a whisk until fully combined.

Add the flour, using a stranger to sift the flour into the egg yolk mixture. Fold in with a rubber spatula.

In a separate bowl, beat the egg whites until stiff peaks form with the sugar.

Fold the egg whites into the egg yolk mixture, starting with just a few scoops of egg whites to lighten and then adding all of the whites and folding to combine.

Heat a griddle over medium heat with butter to grease. Use a scoop to place portions of the batter into the hot pan. Cover with a lid or another pot, then flip and cook the pancake until golden on both sides. 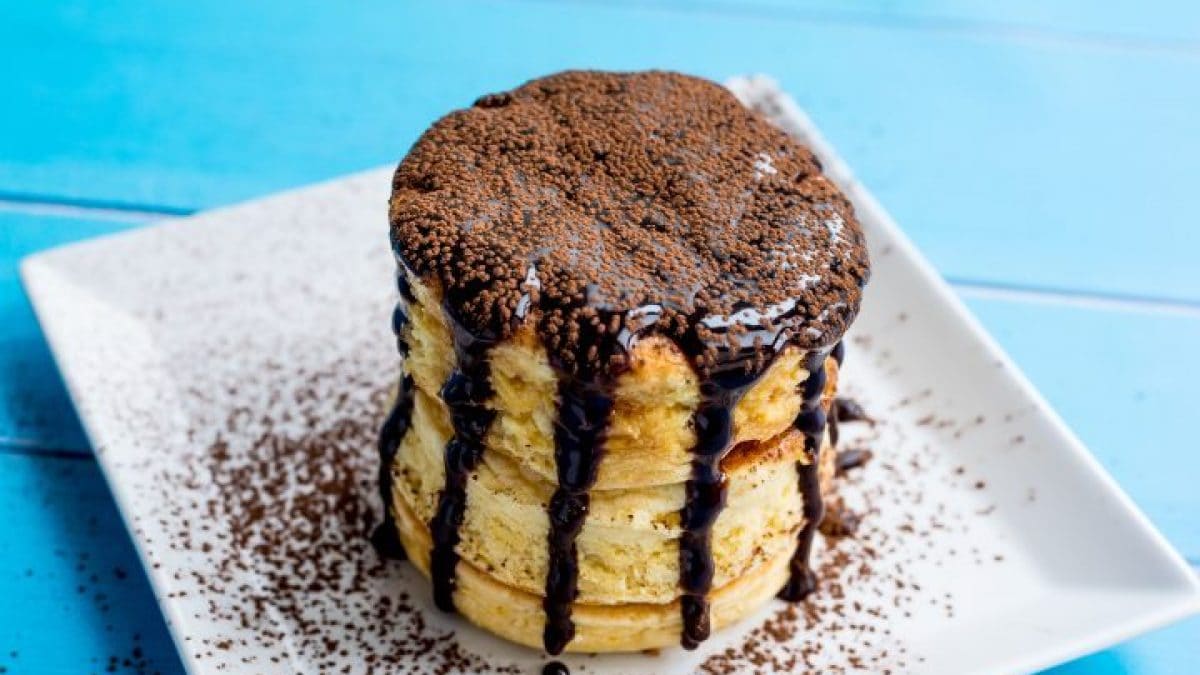 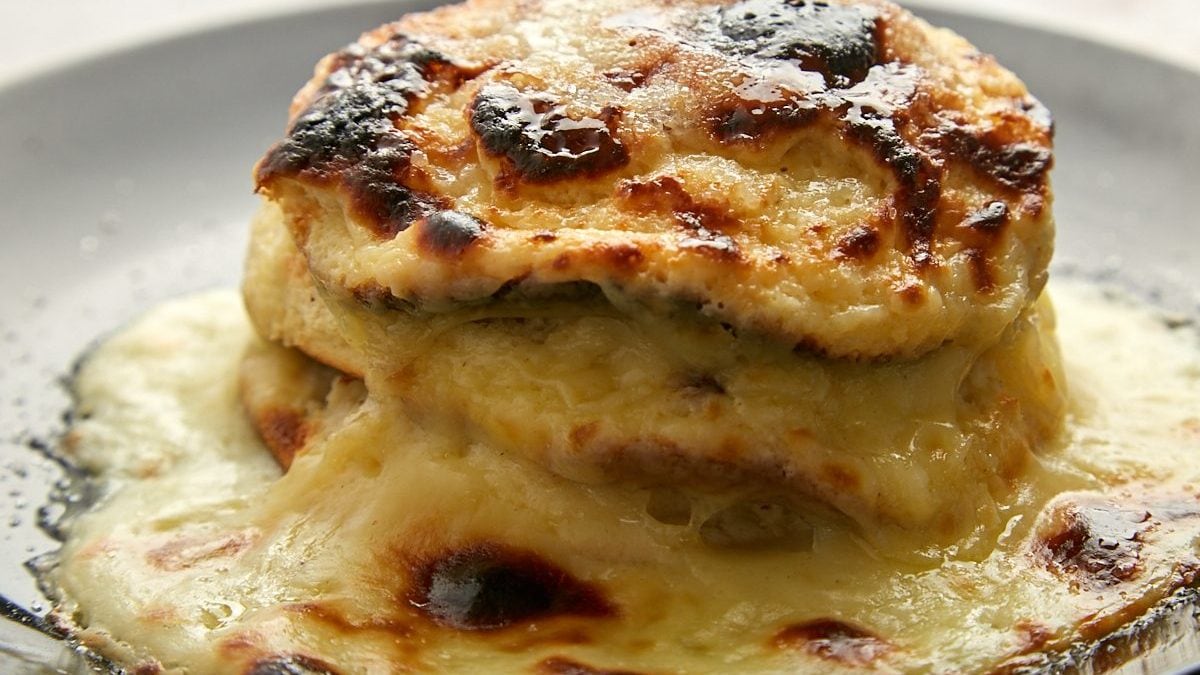 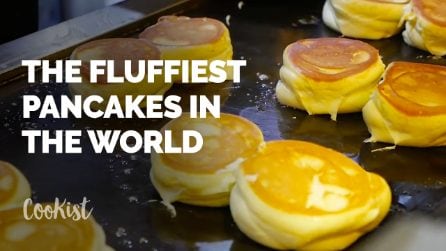 Japanese pancakes: the fluffiest pancakes in the world!
Views
11.799