This creamy Potato Bacon Soup is cheesy, delicious, and easy to make with hearty potatoes and smoky bacon.

Make this hearty soup to warm up on a chilly night. Topped with crisp bacon, tangy sour cream, and fresh scallions, this creamy and silky-smooth soup has every texture and flavor you’re looking for.

To make this cheesy, creamy, and filling soup, you’ll need the following ingredients:

What potatoes are best for soup?

This recipe uses small white creamer potatoes. They aren’t too starchy or dry and have enough liquid to purée into creamy, light, and fluffy soup.

How to make potato bacon soup

First, start by crisping the bacon in a medium saucepan. Transfer the cooked bacon to a plate and pour out most of the bacon fat into a small bowl for later.

Return the bacon fat to the pot, along with the flour. Cook over medium heat, stirring constantly for 1 minute.

Add the chicken stock and milk and cook until thickened. Season with salt.

Add the sliced small potatoes to the pot, cover, and cook over low heat for 25 minutes. When the potatoes are fork-tender, add the sliced scallions and shredded cheddar cheese to the soup.

Stir until melted, then serve with toppings of your choice!

Can you freeze potato bacon soup?

Yes, you can cool and freeze the soup in an airtight container for up to three months. To defrost, allow the soup to thaw overnight in the fridge then reheat on the stove. 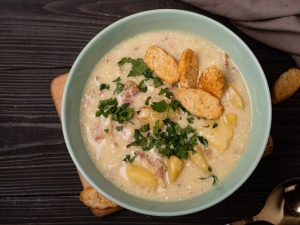 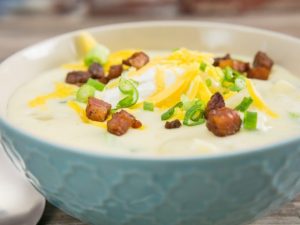 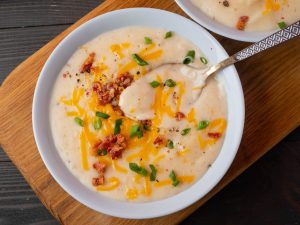 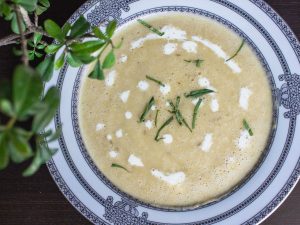 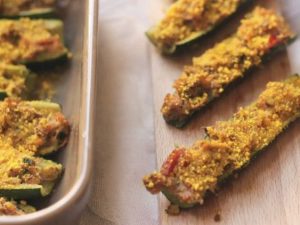 Easy 40min
Zucchini stuffed with ham and mushrooms: the recipe for a tasty second course
1.990 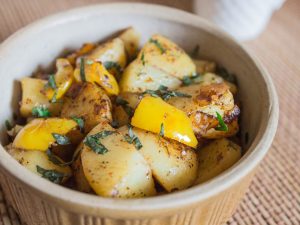