Danish kringle: enjoy it for breakfast, a snack or a dessert

Just three words to describe this amazing recipe… absolutely worth it!! This recipe of Danish kringle is so divine in taste with such amazing texture and lovely flakes on top that it is worth the efforts involved in making a fresh short crust pastry dough by yourself.

Such buttery flakes and soft bread with the lovely flavor of aromatic cinnamon… ohh it is just out of this world!! I baked a huge batch of this amazing bread (as you can see) and have been enjoying it for breakfast, snack and dessert. Kinda become my current staple these days…

In another bowl dissolve active yeast in lukewarm water. Let the yeast crystals soak in water for about 2 minutes and then stir it until it dissolves in water. In a large bowl add lukewarm milk, powdered white sugar, salt, lemon zest, egg and mix well until nicely combined. Add the yeast mixture to the milk mixture and give it a stir. Add flour and baking powder to this mixture and mix everything well to form a soft and smooth dough. Transfer the dough on to a floured surface and roll it in to a rectangle of about half inch thickness. Spread half of the softened butter over 2/3rd of the rolled dough rectangle evenly. Fold the unbuttered part of the dough over the middle part leaving the buttered 1/3rd Now fold the buttered 1/3rd of the dough on top of the first fold so that it forms an even rectangle.

Again fold the long end of the rectangle towards the center 1/3rd and again flip the remaining 1/3rd over the previous fold so that the dough is now shaped in to a square. Cover the dough and chill for about 30 minutes. Roll the chilled dough again to a rectangle of about 12” by 8”. Spread the remaining softened butter over this rectangle and repeat the folding steps to again form a square of the folded layered dough. Cover and refrigerate the dough again for 1 hour. Meanwhile, make the filling by mixing brown sugar, salted butter, and cinnamon powder until well combined. Cut the dough in to 2 equal parts. Now roll the dough again on a lightly floured surface to a rectangle of about 25” by 6”. Spread half of the filling in the middle of the rolled rectangle in a thick line while leaving about 1 inch from all the sides of the rolled rectangle. Now fold 1 long end of the rolled dough towards the middle. Moisten the folded long end with water and fold the other long end to cover the moistened dough layer to cover at the top. Seal the sides of the long roll strips at the edges and pinch the folded dough layer to seal it from all sides. Lightly grease a baking tray and then layer it with a butter paper. Now, place the dough log over the baking tray in an oval shape by joining the two ends together.

Flatten the dough a little with your hands and repeat the process with the remaining dough and filling mixture. Preheat the oven to 175 degrees C and transfer the baking tray in it. Bake the kringle for about 15 to 20 minutes or until it turns golden brown on top. Meanwhile, whisk the drizzle ingredients together until smooth in consistency and well blended. Cool the kringles and then drizzle the icing mix over it randomly. Slice and serve!

Maintain the baking temperature and you might need to keep a watch on the kringle in the final minutes of baking. Make sure that you carefully remove the egg shells while you break the egg to be used for cooking. A wiser technique would be to break the egg in a separate bowl first and then use that broken egg for the recipe. Repeat if you need more than one egg for the recipe. 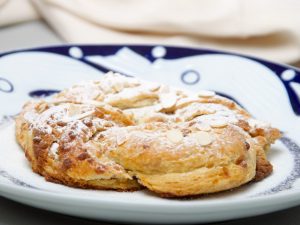 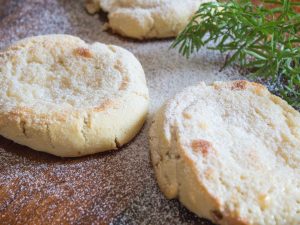 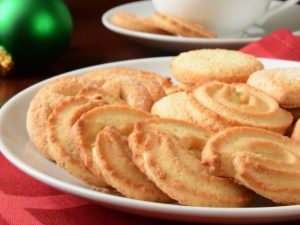 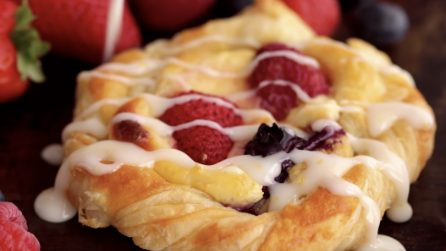 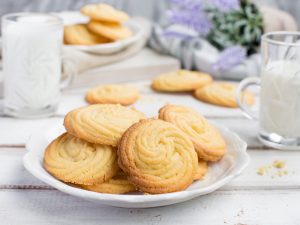 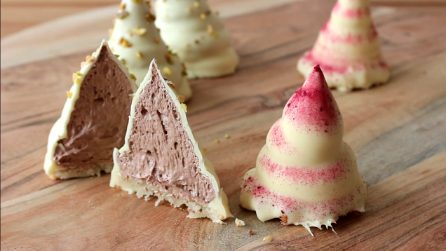