General Tso’s chicken, consisting of crunchy pieces of chicken covered in a smooth, spicy, and sweet sauce, is a common take out dish from Chinese restaurants. It seems decadent and complicated with the range of flavors and ingredients, but is simple to make. General tso’s chicken is similar to orange chicken, another famous Chinese dish of crunchy chicken covered in a sweet orange sauce.

What is General Tso's Chicken?

This classic Chinese takeout dish of crispy chicken usually goes with a bed of rice or noodles as a main entree. The chicken is covered in a sauce made of basics like vinegar, hoisin sauce, garlic, ginger, sugar, soy sauce, and more. This sauce is known as a general tso sauce. Bites of chicken thighs are pan fried until crispy before adding and cooking the sauce.

What is the difference between General Tso's Chicken and Orange Chicken?

The main difference between the two similar Chinese dinner dishes is the addition of orange in orange chicken. Orange chicken is generally more sweet and less spicy, using orange juice and zest as a base rather than several sauces like soy and hoisin (although those are commonly added as well). Both of these types of chicken dishes are sometimes served battered and fried before the sauce is added.

How to make General Tso's Chicken

It’s easy to make this General Tso’s Chicken because everything happens at once. First of all, toss the chicken with the cornstarch and let sit.

Then fry the chicken in a medium pan.

Add the sauce ingredients to the pan. Fresh garlic and ginger will add extra zest and flavor aside from the sauce.

The sauce will thicken as it is stirred in less than one minute.

Watch the garlic to ensure it doesn’t burn in the pan. The pan should be on medium heat. Serve immediately, while the chicken is still crispy and the sauce is fresh.

In a large bowl, toss the pieces of chicken thighs with the cornstarch and let sit.

Meanwhile, whisk together rice vinegar, soy sauce, hoisin sauce, water, sugar, and one tablespoon of cornstarch in a small bowl.

In a medium pan, heat oil. Add chicken to hot oil and fry until crispy.

Remove chicken and drain all but one tablespoon of the oil. Add the chili flakes, ginger, and garlic and cook for about one minute.

Add in the chicken and then the sauce, tossing. Stir for about one minute, until thickened.

If any leftovers remain, simply store in an airtight container in the refrigerator for a day or two. Reheat in a pan on the stove or in the oven. 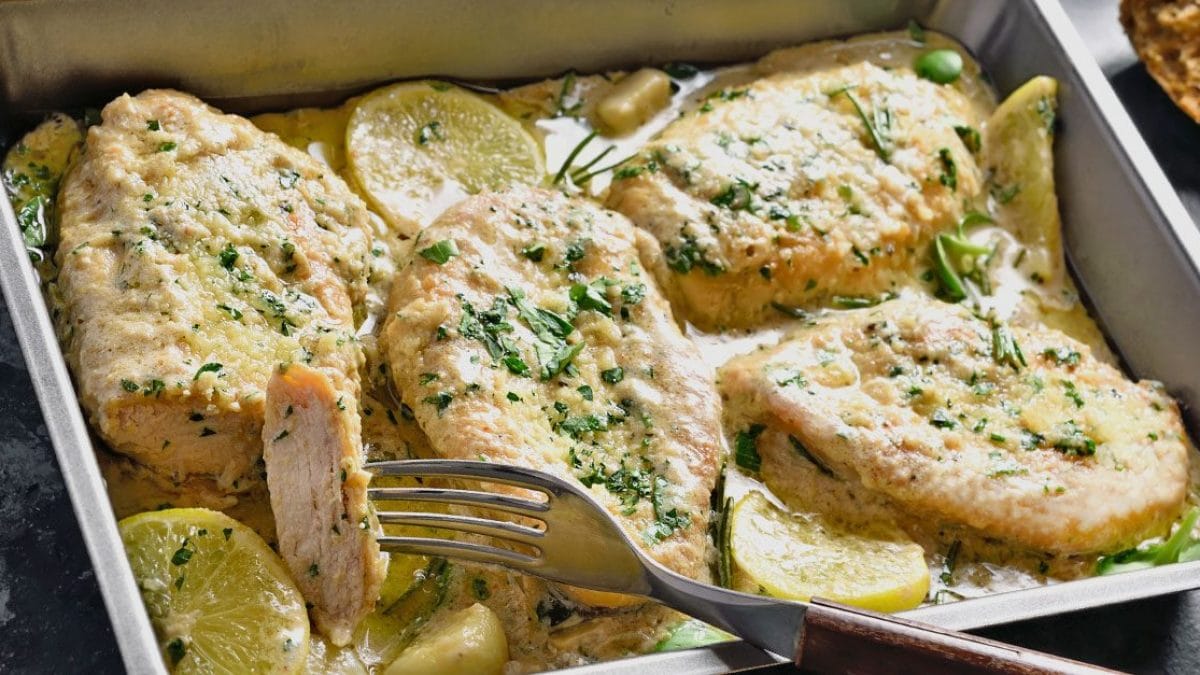 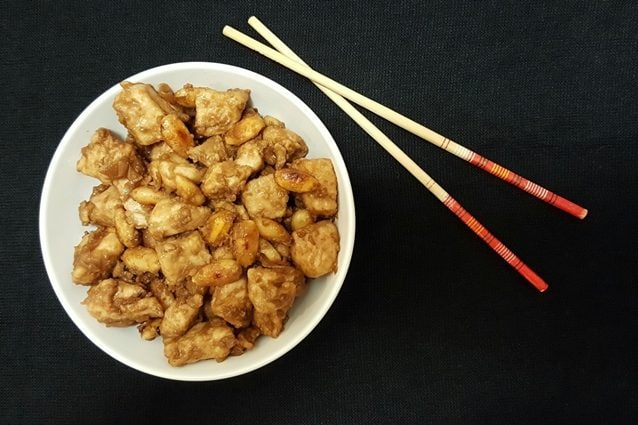 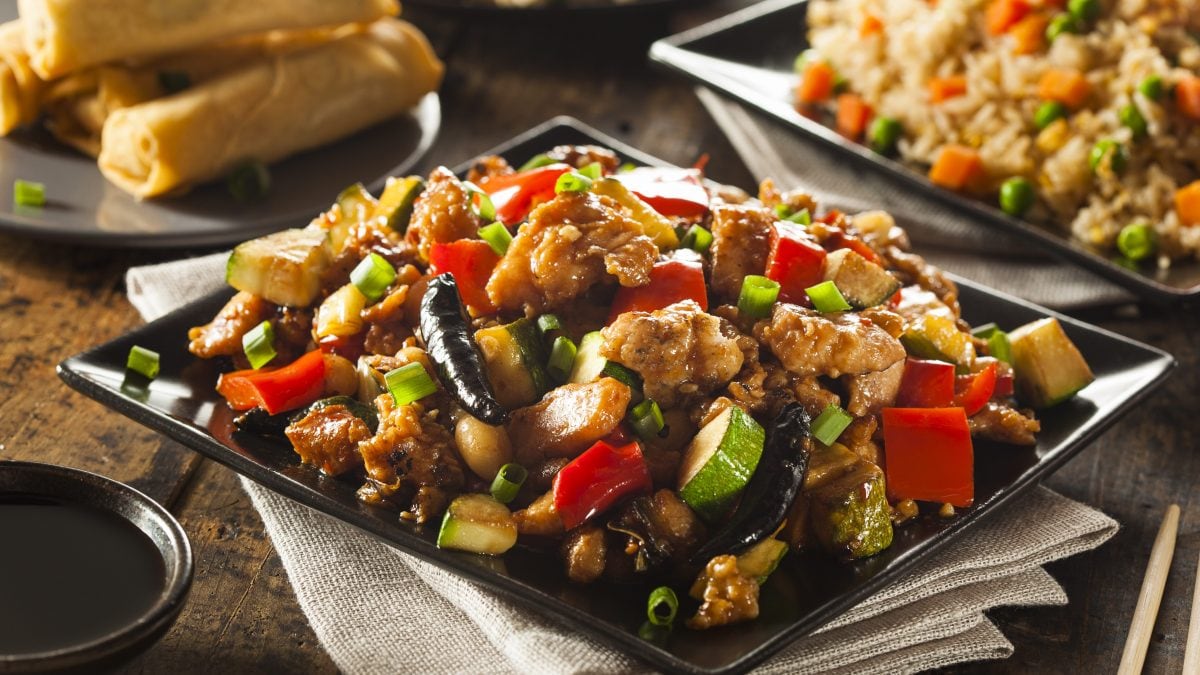