Greek cuisine: the 10 typical dishes of the Hellenic tradition

The heart of Mediterranean gastronomy, it is influenced by multiple cuisines, especially by the Turkish one, and it is based on simple, genuine ingredients closely related to the land, sheep farming and fishing.

Traveling, between breathtaking views and crystal clear waters, to discover the typical dishes and traditional recipes of Greek cuisine. The heart of Mediterranean gastronomy, it is influenced by multiple cuisines, especially by the Turkish one, and it is based on simple, genuine ingredients closely related to the land, sheep farming and fishing.

With a millennial tradition, but at the same time surprisingly present, Greek cuisine and its most typical dishes are the emblem of Mediterranean gastronomy. Linked in a profound and very close way to the territory and to activities such as sheep farming and fishing, the Greek dishes are based on simple and genuine ingredients; meat, especially goats and lambs raised in local pastures, fish from its pristine and crystalline waters, many vegetables, such as tomatoes, eggplants and cucumbers, cheeses (a very rich range of those recognized as PDO) and a lot of good extra virgin olive oil to season and flavor everything.

Despite the unquestionably Mediterranean nature, Greek cuisine has multiple and refined influences; the most characteristic mark is that left by the long period of Turkish (but also Arab and even Indian) domination. The most famous example of this cuisine is moussakà or mussakà, one of the fundamental dishes of Middle Eastern cuisine. And again the dolmades, the vine leaf rolls, a typical preparation common to the whole Middle East. Fresh and frugal, the Hellenic table also reserves a place of honor for mixed salads, a sign of how vegetables and products of the soil play a respectable role. Among the salads, those based on cucumbers predominate, sometimes mixed with yogurt and always seasoned with olive oil and vinegar. The best known, the classic summer so-called "Greek" salad, instead features not only cucumbers but also tomatoes, onion, green peppers, olives and feta, a traditional semi-hard cheese made with goat milk or sheep milk.

Honorable mention goes to the vast selection of desserts, rich in spicy aromas, dried fruit, citrus peel, liqueurs and honey, and sometimes wrapped in crunchy phyllo dough: among these we find baklava, kurambiedes, lukumades, melomacarona (the typical Christmas sweets). A series of irresistible flavors and aromas that, at the first taste, will take you directly to Greek land, between breathtaking views, crystal clear waters and holiday atmospheres. Are you ready to go?

With uncertain and ancient origins, tzatziki is a sauce based on yogurt and cucumbers which traditionally accompanies pita (Greek bread), Greek salad or gyros. Simple and incredibly tasty, it is prepared by mixing the pulp of the cucumber, grated and left to pour for about an hour to lose its liquid of vegetation with goat yogurt or sheep yogurt, a drizzle of good extra virgin olive oil and a pinch of salt. The addition of chopped garlic and dill (sometimes even mint) will give it a strong and distinctive flavor. Deriving from the Armenian word cacık, it would seem that tzatziki even comes from India; in fact, raita, a typical Indian side dish, has the same characteristics as this Greek sauce.

After tzatziki, tirokafteri is the most consumed sauce in Greece. This too, just like his "older brother", is part of the meze (Turkish word meaning "taste," flavor "," seasoning "), a selection of cream-based appetizers, to accompany pita bread and vegetables, traditionally served at the beginning of the meal, before the main courses. It literally means "spicy cheese" and it is prepared by mixing Greek yogurt with feta cheese and fresh hot pepper. Particularly widespread throughout the country, there are numerous different versions; in some there is no yogurt, while in others the fresh chilli is replaced by a cream of chilli and spices and sometimes by chilli powder. The feta remains the only and indisputable main ingredient for this tasty sauce also ideal to accompany typical meat dishes such as the gyros and souvlaki.

It is the symbolic dish of Hellenic cuisine and one of the best known in all Middle Eastern cuisine. There are numerous different versions, including Lebanese, Turkish and Hebrew, but the traditional Greek moussaka provides a rich layered preparation, quite similar to the Italian eggplant parmigiana, based on fried potatoes and eggplants, ragu of minced lamb meat, cheese and bechamel. Rich and particularly filling, this real culinary work of art is an authentic dish of goodness and Mediterranean style.

Preparation with an ancient history and linked to the popular tradition of this country, pastitsio is a classic dish of Greek cuisine, of which there are many recipes and different versions depending on the area and family customs (on the island of Cyprus, for example, is prepared during the Easter period). It is a pasta pie, enriched with beef and lamb ragu, feta cheese and bechamel, and then baked in the oven. The ideal pasta format is some large spaghetti typical of Hellenic gastronomy.

Typical preparation of Greek and Turkish cuisine, the dolmades (dolma, singular) are rice rolls, seasoned with herbs, spices and meat (usually lamb), rolled in vine leaves blanched in water and finally cooked in the oven with extra virgin olive oil, broth, lemon juice and coriander seeds. There is also a version without meat, enriched with different flavors; in addition to mint, also chopped wild fennel, parsley and black cumin. The dolmades are part of the traditional mezedes, the typical Greek appetizers, and are accompanied by a glass of ouzo, the characteristic aniseed distillate.

It is the Greek national bread, even if, to be honest, it is a typical specialty of the whole Middle East and North Africa. Also known as Arabic bread, pita is a low, round focaccia made with wheat flour and water. Crunchy on the outside and soft on the inside, it is traditionally eaten as an appetizer, along with many tasty sauces (especially tzatziki), or as an accompaniment to meat dishes such as gyros. Don't you know what it is? Read below then.

Quite similar to the Turkish kebab, gyros is the Greek street food most loved by tourists from all over the world. Consumed as a snack or served on the plate in typical taverns, gyros is a preparation based on pork which, previously marinated and spiced, is cooked on a vertical skewer and then cut into slices. These are finally placed inside the pita bread and seasoned with tzatziki sauce, tomatoes, salad, chips and onion. A pleasure that alone is worth the trip.

Also known as Greek-style tomato fritters, domatokeftedes are delicious specialties typical of Hellenic gastronomy and in particular of the island of Santorini. Made with tomatoes, onion and fresh mint, they are very easy to prepare; cut the vegetables into very small cubes, add the minced mint and the flour and mix everything up to obtain a dense and homogeneous batter; then heat some abundant seed oil and fry these fritters in it, pouring a spoonful of dough at a time, until they are golden and crispy. Traditionally accompanied with tzatziki sauce, they are perfect to be served as an irresistible appetizer.

Better known as Greek salad, horiatiki (it means "of the village") is probably the symbolic dish of Hellenic cuisine and, at the same time, one of the most inflated (every bar has it) and, alas, underestimated. Yes, because – tasted in those places and prepared using the exceptional products of its lands – it's another story. The tomatoes, juicy and ripened in the sun, are mixed with tasty and crunchy cucumbers, black olives, sweet sliced ​​onions, feta (the authentic one) and in some areas also green peppers and then seasoned with extra virgin olive oil and wild mountain oregano. And here comes the perfect recipe for summer.

Widespread in most Arab and Mediterranean cuisines, baklava is a dessert consisting of thin sheets of phyllo dough (from a minimum of 7 to a maximum of 33), buttered, layered and stuffed with chopped walnuts, almonds and pistachios, and soaked with a honey and lemon syrup. One of the most appreciated specialties of the Middle Eastern patisserie in the world, it has very ancient and rather controversial origins; although in 2013 the European Union recognized the protected geographical indication in the Turkish version, its origin is still disputed between Greece and Turkey. Beyond who was the first to make it, the Greek people are certainly credited with having perfected the original recipe, with the creation of an innovative kneading technique that allowed to obtain a perfect phyllo dough, which in Greek means "leaf", in reference to how thin and light it is. 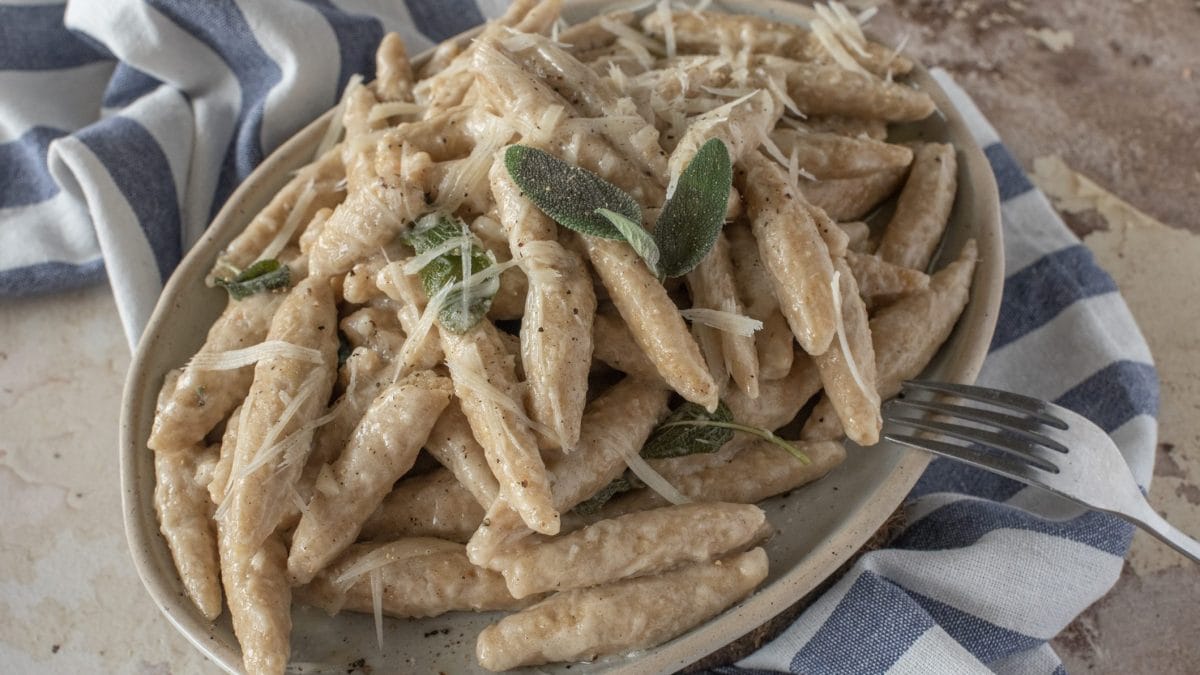 7 ingredients or less Capunsei: the recipe for bread gnocchi typical of the Italian tradition
Low
20 Min 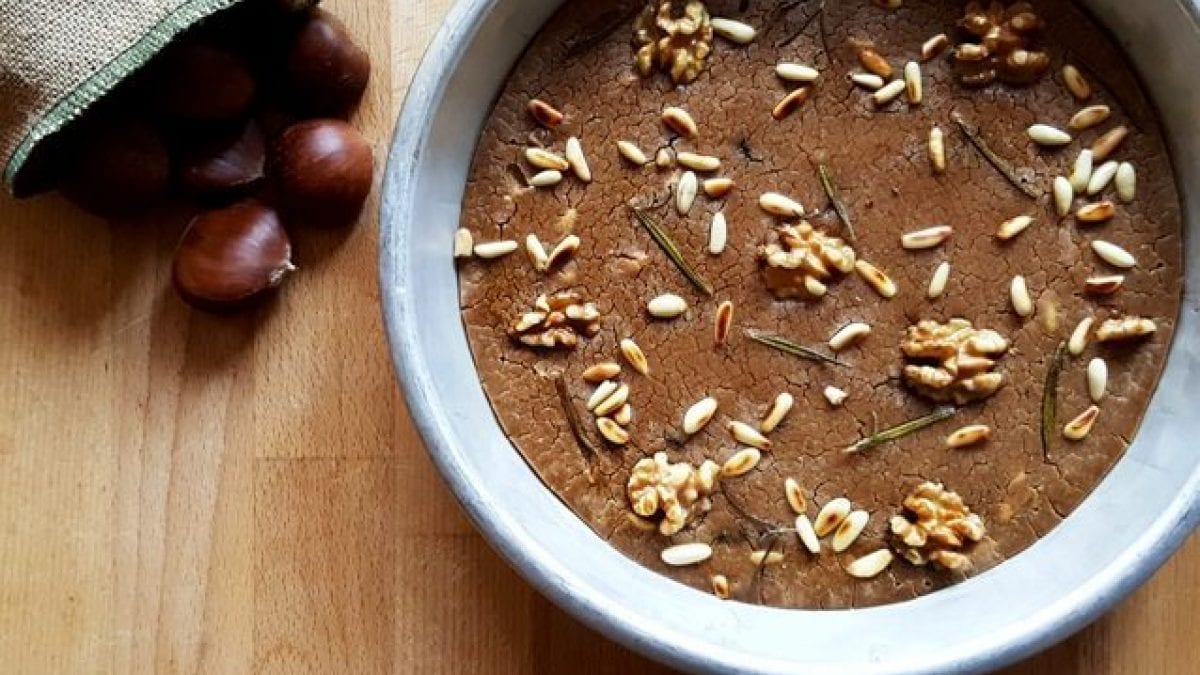 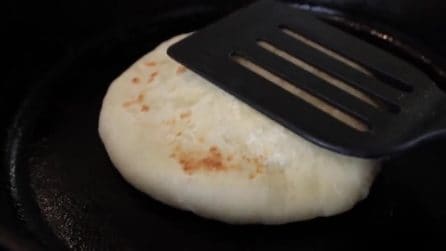