How to Cut a Pineapple: Step-By-Step Tutorial

You have probably asked yourself several times because, in fact, hard peel and bristly leaves can create some difficulties.

Pineapple is the best known exotic fruit. Originally from Latin America, it was Christopher Columbus who tasted this sugary fruit which would have conquered the whole West. But how do you cut pineapple? You have probably asked yourself several times because, in fact, hard peel and bristly leaves can create some difficulties.

Pineapple is the best known exotic fruit. Originally from Latin America, it was Christopher Columbus who tasted this sugary fruit which would have conquered the whole West. But how do you cut pineapple? You have probably asked yourself several times because, in fact, hard peel and bristly leaves can create some difficulties.

Fresh and delicate, pineapple is appreciated for its digestive function, because it is rich in bromelain, sugars, mineral salts and vitamins. It is generally eaten at the end of a meal, alone or in a fruit salad. Pineapple juice is also excellent, tasty to drink or to prepare delicious recipes, both sweet and savory. It is often used in oriental cuisine and in many sweet and sour dishes.

Pineapple is also among the fruits that create more difficulties when peeling them. With this guide, we offer you some simple techniques to do it right. How to cut the fruit into simple cubes, or how to serve it in an original and creative way. So here's how to cut pineapple in a few simple steps.

How to clean and cut a pineapple

First, it is important to know how to choose a pineapple when buying it. If the fruit is ripe, the peel has different shades of orange on the surface and the aroma is intense. The leaves, in this case, easily detach, pulling or twisting them. If the skin tends to yellow or greenish, the fruit is unripe; if instead it is very dark and tending to brown, it is too mature.

There are several varieties of pineapples. However, regardless of the quality, if a pineapple is ripe at the right point, the technique for cleaning it is the same.

First you need to remove the tuft, peeling it off with your hands, or cutting the top layer of the fruit with a sharp knife. Also remove the base, making a cut of about 3 or 4 cm thick. Now you can decide how to cut the pineapple, based on your preparation.

If you want to serve pineapple at the end of your meal, served in a bowl or in a fruit salad, the traditional method is certainly the best. Cut the peeled pineapple in half, then in four. Remove the hardest part from each segment, then the innermost one. Slice the wedge in slices or cubes, as you prefer.

Pineapple in rings is very reminiscent of the canned pineapple. It is an effect cut, ideal both for a portion of fruit at the end of a meal and for the preparation of desserts. The pineapple cake, for example, is characteristic for its decoration with the pineapple rings on the surface.

To cut the fruit into rings, you must have a corer. Once the pineapple has been completely cleaned from the peel, insert the tool in the center of the fruit, starting from the end. Sink the corer up to about half, extract the core and do the same on the other side. At that point, you can cut the pineapple in rings.

The pineapple cut into a boat makes a really pretty effect. It is perfect for a buffet, but also to serve it as a dessert in an original way. In restaurants it is very often presented in this way.

The operation is very simple. Cut the pineapple in half without peeling it and without removing the top. Remove only the base. Cut each half into two wedges. To each, cut the hardest central part, but without detaching it completely from the tuft. Remove the slice from its peel, with a transversal cut. Cut it into slices and arrange them in a zigzag, as if the peel were the tray. The top with the tuft will serve as a decoration.

The pineapple served in the shape of a swan creates an even more scenic effect and preparing it is very simple. Again, do not cut the peel and the tuft, but only the base. Cut the fruit in half first, then into four wedges.

Cut the hardest and most woody central part with a sharp knife, but without detaching it completely. Lift two thin slices and roll them towards the base of the pineapple, so that they take the shape. Stop them together with a toothpick, at the end of the fruit, to create the swan's head. Cut the slice so as to lift it from the peel, cut it into slices and arrange it in a zigzag pattern. 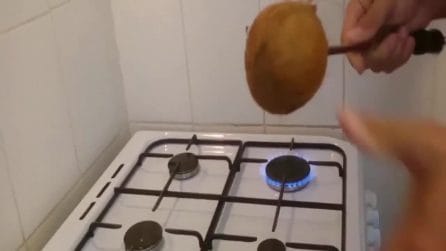 How to shell a coconut without cutting it: a useful method
Views
3.141 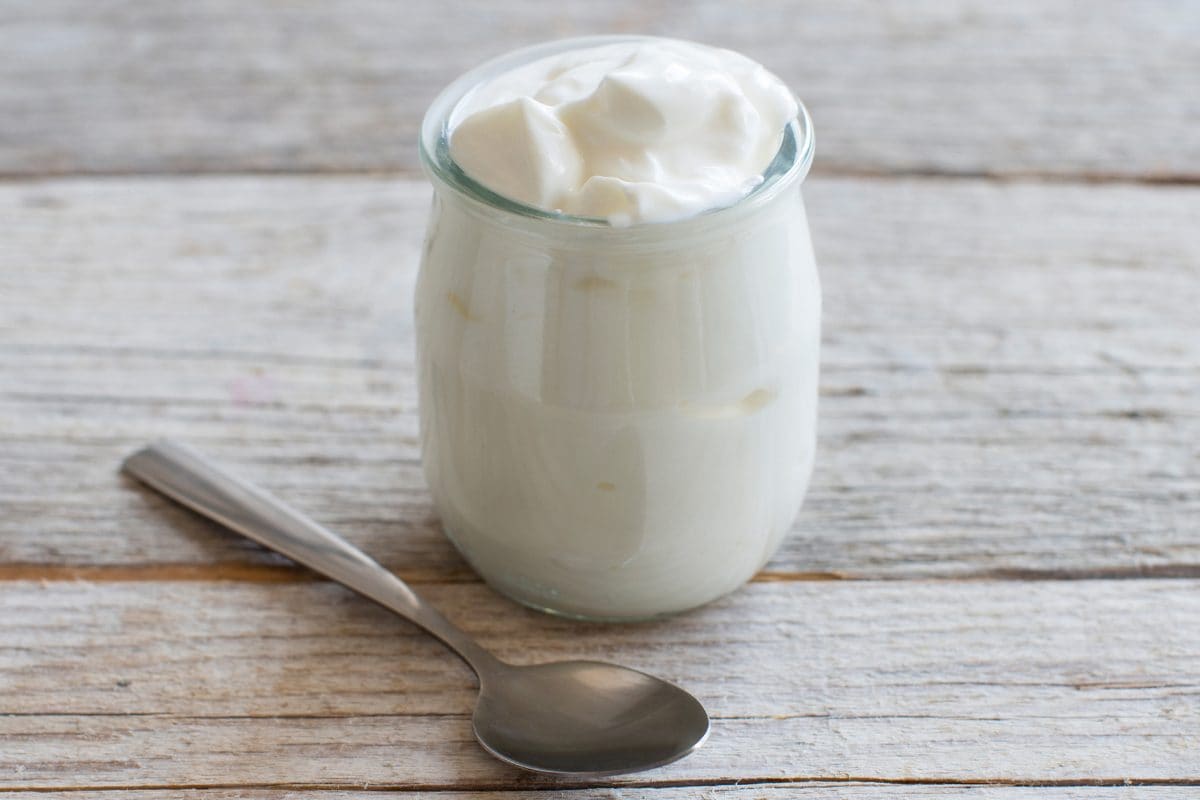 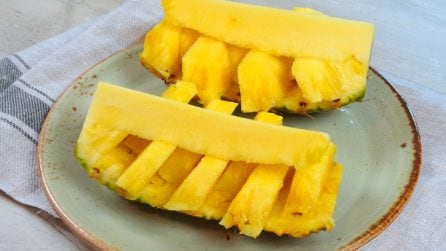 How to cut a pineapple
Views
878