How to eliminate dark circles and bags under the eyes: tips and tricks

Let’s see what are the causes of this annoying imperfection and how to make eyes fresher and more relaxed.
Healthy food hacks
by Cookist

Bags and dark circles may appear after lacking of sleep during weekend or may be the indicator of something wrong with our body. Let's see what are the causes of this annoying imperfection and how to make eyes fresher and more relaxed.

In case of bags and dark circles, the first remedy to be taken is to rest well and for at least 6/8 hours per night, but when despite the right rest you wake up with the circles around the eyes you need further help to solve the problem. We can start from a slightly more balanced diet, rich in fruit, consuming foods that contain vitamin C, and vegetables as well as drinking lots of water. In addition, we can do exercises to keep the muscles of the areas around the eye toned and to use natural remedies based on cucumber, tea, chamomile that will allow us to have a more tonic and luminous look.

Nutrition: to fight bags and dark circles, the diet can also help us by consuming foods that contain vitamin C, which we find, as well as in citrus fruits, broccoli, kiwi, grape juice and berries; it is the protector par excellence of the microcirculation (it reinforces the capillary walls). Also preferring foods with antioxidant power such as legumes, blueberries, parsley and onions, as well as regularly drinking green tea with antioxidant and deflating properties.

Cucumber: deflating, draining and lightening, cucumber is one of the most used remedies to fight dark circles. Simply apply two thin slices of cucumber, preferably cold, on the eyes and leave them on for 15 minutes even two or three times a day.

Potato: also the potato has a deflating and lightening effect. Take two thin slices of potato after letting them rest for 10 minutes in the freezer, then wrap them in a cotton gauze and leave them on the eyes for 15 minutes. The application should be done once a day, better if before going to sleep.

Tea compresses: another remedy to deflate the area around the eyes is to prepare black tea, or green tea, and, once immersed the sachet in boiling water, place it in the freezer for half an hour without wringing: past this time, you can rest it on your eyes for at least 15 minutes to immediately deflate the bags and have a rested look.

Mallow: it can also be a valid ally for your eye contour: after having prepared an herbal tea with mallow let it cool down and dip the cotton disks in the infusion: then put them on your eyes and relax for at least a quarter of an hour.

Chamomile: make some compresses by boiling the chamomile flowers, filter and refrigerate for an hour. Then immerse the cotton disks in the infusion and apply them on the eyes: their decongestant action will reduce bags and dark circles.

Rose water: compresses with rose water can be cold or warmed up a bit. Soak the cotton balls and keep them on the eyes by applying a light pressure.

Cold milk: we can create a good draining compress also with cold milk. Just pour a little milk in a bowl and dip the cotton disks, which we then wring out slightly and then place them on the eyes. After 10/15 minutes, rinse with fresh water.

Lemon: it is very useful to lighten the dark circles thanks to the vitamin C. Put the juice of a lemon in a small bowl and immerse a cotton ball, pass it on the contour without getting too close to the eyes and let it act for a few minutes and then rinse with warm water. Repeat two or three times a week.

Facial Gymnastics/Palming: it is very important to tone and relax at the same time the ocular zone and to eliminate the bags under the eyes: with the fingers gently pull the skin near the eyebrows and squint the eyes. When encountering resistance, the ocular zone will improve the elasticity and tone of the skin. Palming is one of the most used methods to rest your eyes: all you have to do is relax for a few moments, preferably in the dark. In this way your fingers will touch the forehead, while the palm of the hand will cover the eyes and cheekbones. The relaxation effect is assured, and even your gaze will be more rested. 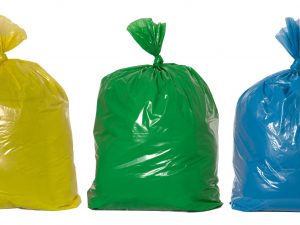 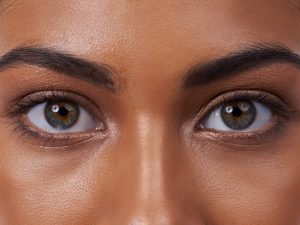 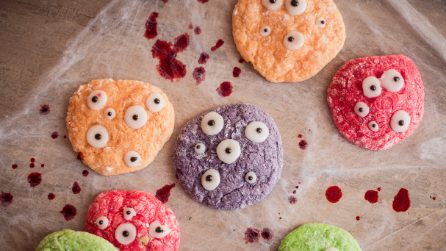 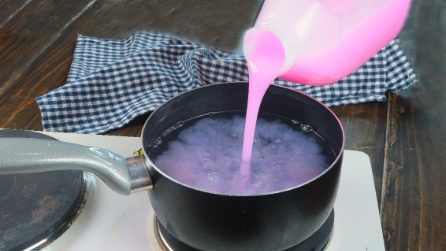 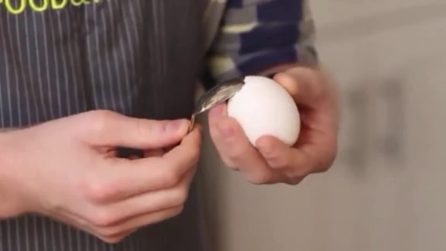 3.291 • by Love Kitchen
Slide a spoon under the hard-boiled egg: this trick is surprising
77 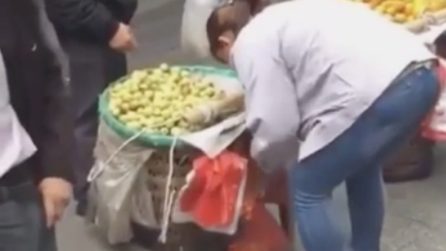