How to remove rust from metal: natural and alternative remedies

Rust is therefore what appears to be the electrochemical corrosion process that occurs when the metals come into contact with water and oxygen.

Rust is the result of iron oxidation which makes the metal corrosion process quicker. It can be removed with natural and alternative methods such as Coca-Cola. Let's see how!

Rust is a mix of substances such as oxides, hydroxides and iron hydrated oxides at different oxidation states, sometimes enriched with iron carbonates. Rust is therefore what appears to be the electrochemical corrosion process that occurs when the metals come into contact with water and oxygen. It is usually brown/orange and it makes the corrosion process quicker. It is therefore important to maintain in a good state our metal objects and learn how to remove with some simple remedies the rust that has already formed.

How to remove rust with natural remedies

read more
How to remove rust: a DIY remedy

Let's see which are the home and natural remedies to remove rust from our metal objects. These are all acid-based products (vinegar, lemon) combined with elbow grease. For this operation, equip yourself with gloves and abrasive sponges.

Insert the rusty metal object into a concentrated mixture of water and white vinegar and leave to soak on the basis of the extent of the rust, from a minimum of 15 minutes up to 24 hours. After this, rub the object with an abrasive sponge insisting on areas where the rust has remained. If the object to be treated is big, use this solution inside a sprayer and perform the same type of operation. At the end, dry with a clean cloth.

Prepare this remedy with lemon and salt and equip yourself with an old toothbrush, a sponge and a clean cloth. Mix three parts of salt and one of lemon juice in a container, until you get a paste to be applied to the rusty object. Let it act for at least 20 minutes and remove the mixture with a damp sponge and scrape off the stains. Finally, wipe with a dry cloth to remove all traces of moisture.

Another natural way to get rid of rust is to use a potato and dishwashing liquid. Cut the potato into slices, cover them with the detergent and pass them on the rust stains leaving it to act for 2 hours. Instead of detergent you can also use water and bicarbonate to cover the potato.

How to eliminate rust with Coca-Cola

Remove the rust with Coca-Cola? It’s all true

An alternative method to eliminate rust from metal is Coca-Cola. Simply immerse the rusty object in the liquid and leave it to soak for at least half an hour. Afterwards, just rub well with an abrasive sponge and dry with a cloth. In case of external or extended surfaces, such as a railing, you will have to pour the Coca-Cola directly or through a sprayer and proceed in the same way. 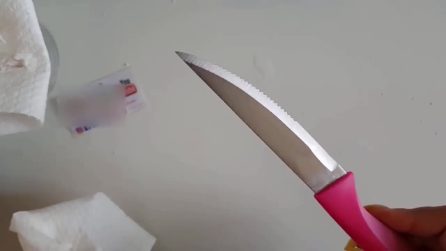 How to remove rust from kitchen tools: a natural method
Views
5.871 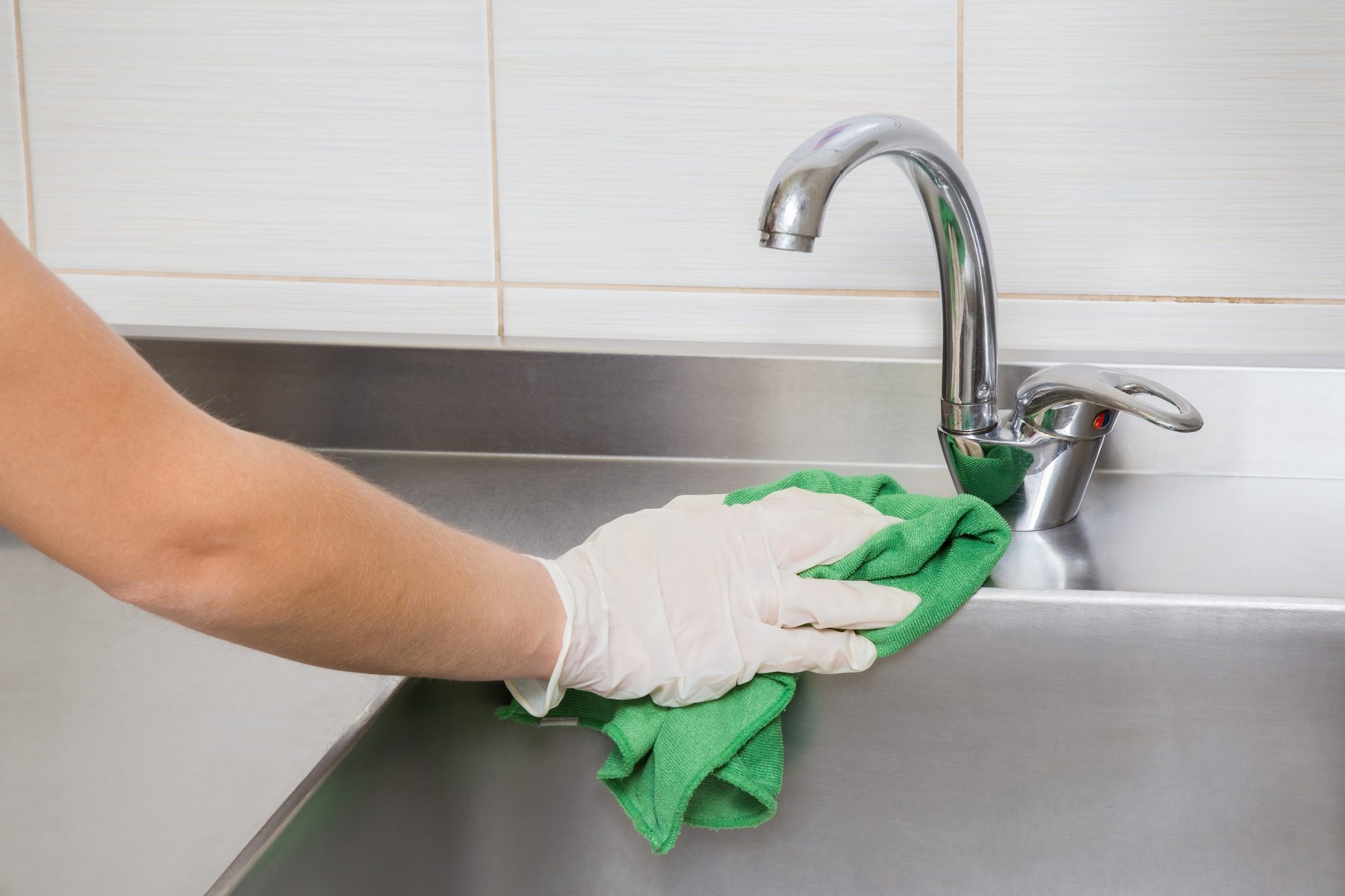 Healthy food hacks How to clean metals with home remedies 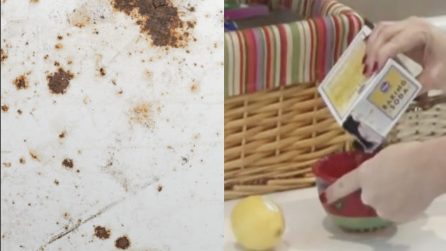 How to remove rust stains from the kitchen: a natural tip
Views
653