Cepelinai (pronounced sep-elle-in-ay) are a delicious type of potato and meat dumpling from Lithuanian. They get their name due to their zeppelin-like shape (cepelinai is zeppelin in Lithuanian).

Made with mouthwateringly savory meat filling wrapped in tender potato dough, cepelinai are typically served with a delicious gravy, crumbled bacon, and sour cream. They were originally known as didžkukuliai, but were renamed for Count Ferdinand von Zeppelin.

Lithuanian potato-meat dumplings are classic comfort food and there are dozens of variations out there. They're a perfect easy dish to make either for yourself or your family. You can even make them ahead and keep a batch of cepelinai on hand when you need a quick bite to eat!

How to Make Lithuanian Cepelinai

Ready to make a batch of tasty potato and meat cepelinai? Round up your ingredients, gather your mixing bowls, and let's get started.

As the potatoes are cooking, combine the meat, onion, salt, pepper, parsley, and dill. Cover and place in the fridge.

Your first step is to boil one-third of the potatoes until they're tender, about 15 minutes or so. Drain them. Once cool enough to touch, peel the potatoes, mash them, and set them to the side. Peel the rest of the potatoes and finely grate them with your box grater using the side with the smallest holes. Place the potatoes onto a clean paper towel and squeeze the juices into a bowl. Put the bowl aside so the heavier starches can separate out of the liquid.

Combine the mashed potatoes, grated potatoes, salt, and dry potato starch in another bowl. Pour out the top layer of watery potato juice. Mix the potato sediment into the potatoes mixture. Divide the potato dough into six pieces. Flatten one of the pieces into a disk then pop a tablespoon of the filling in the center. Fold the disk over and firmly but gently seal the edges of the dumpling. Form the rest of the dumplings.

Working in batches, place the dumplings into boiling water and cook them for 15 to 20 minutes. Don't forget to stir them occasionally!

While the cepelinai are cooking, sauté the onions in butter and bacon grease. Cook them for about 5 to 7 minutes, until golden. Pour the sauce over the dumplings. Add garnish with crumbled bacon and sour cream, and enjoy!

Starchy floury potatoes like Russet, Idaho, or Maris Piper are the best type of potatoes for making cepelinai.

Make sure you dice everything finely to ensure the ingredients cook properly.

You can use a combination of different meats to make the filling.

Use the side of your box grater with the smallest holes to grate the raw potatoes. This will help them cook more quickly and give your cepelinai the best texture.

Need to feed a crowd? Double or triple this recipe as needed.

If your filling isn't binding well, you can add an egg to it.

You can use beef, chicken, turkey, veal, or vegetables as a filling for your cepelinai. Leftover meatloaf also makes a fantastic cepelinai filling. For vegetarian options, cheese, curds, mushrooms, or vegetables.

How to Store Lithuanian Cepelinai

You can prepare your Lithuanian potato-meat dumplings a day or so in advance, then cook them. Keep your cooked cepelinai in an airtight container in the fridge for up to 3 days.

Absolutely! For best results, freeze your cepelinai before cooking them. Place them in an airtight container and freeze them for up to 2 months.

Boil 1/3 of the potatoes for 15 minutes, or until tender.

Drain, and allow the potatoes to cool. Peel, then mash and set aside.

In a bowl, combine the meat, onion, salt, pepper, parsley, and dill. Cover and place in the fridge.

Peel the remaining 2/3 of the potatoes. Finely grate them with a box grater.

Place the potatoes onto a clean paper towel.

Squeeze the juices into a bowl, and set aside for about 5 minutes so the heavier starches can settle to the bottom of the bowl.

Discard the top layer of watery potato juice. Add the sediment at the bottom of the bowl to the potatoes. Mix well.

Divide the potato dough into 6 equal parts. Form one piece into a flat disc.

Place a tablespoon of the filling in the center. Fold the disk over and crimp the edges to seal the dumpling. Repeat with remaining dough.

Working in batches, place the dumplings in the boiling water.

Cook for 15 to 20 minutes, stirring occasionally. Remove with a slotted spoon.

To make the sauce, sauté the onions in butter and 2 tablespoons of bacon grease.

Season with salt and pepper. Cook for 5 to 7 minutes, until golden.

Pour the sauce over the dumplings. Add a spoonful of sour cream and garnish with crumbled bacon.

If you like, you can garnish your cepelinai with some freshly chopped dill or parsley. 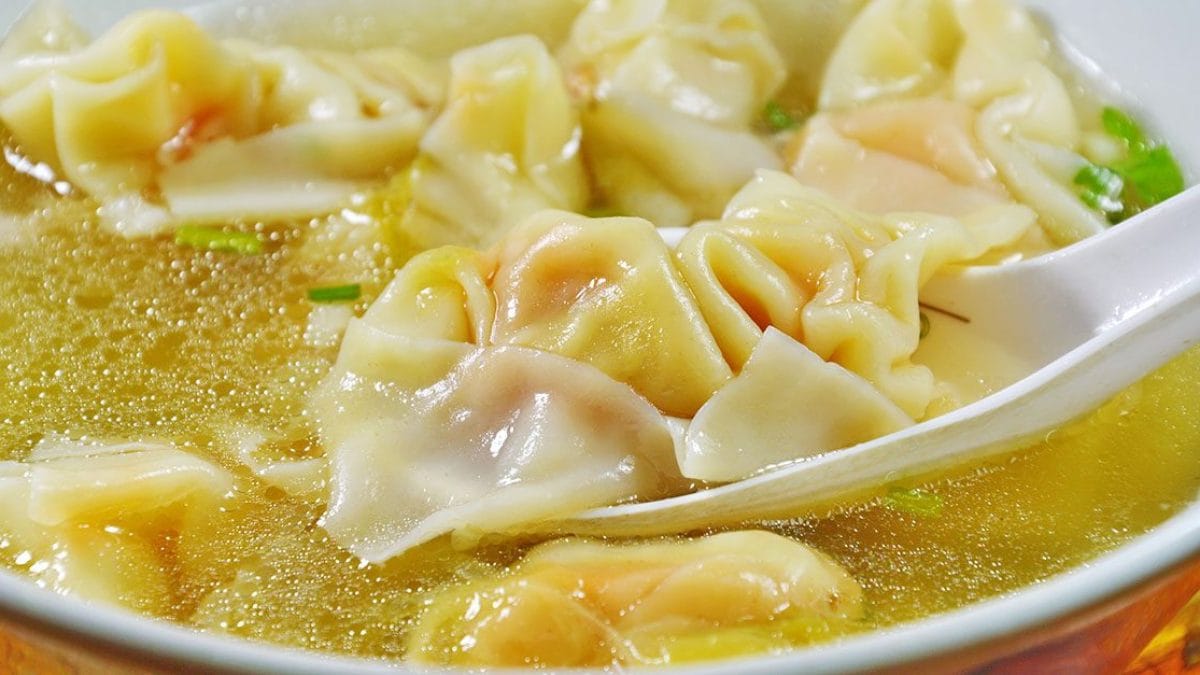 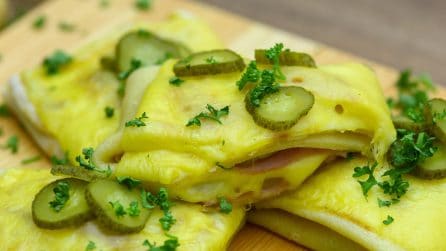 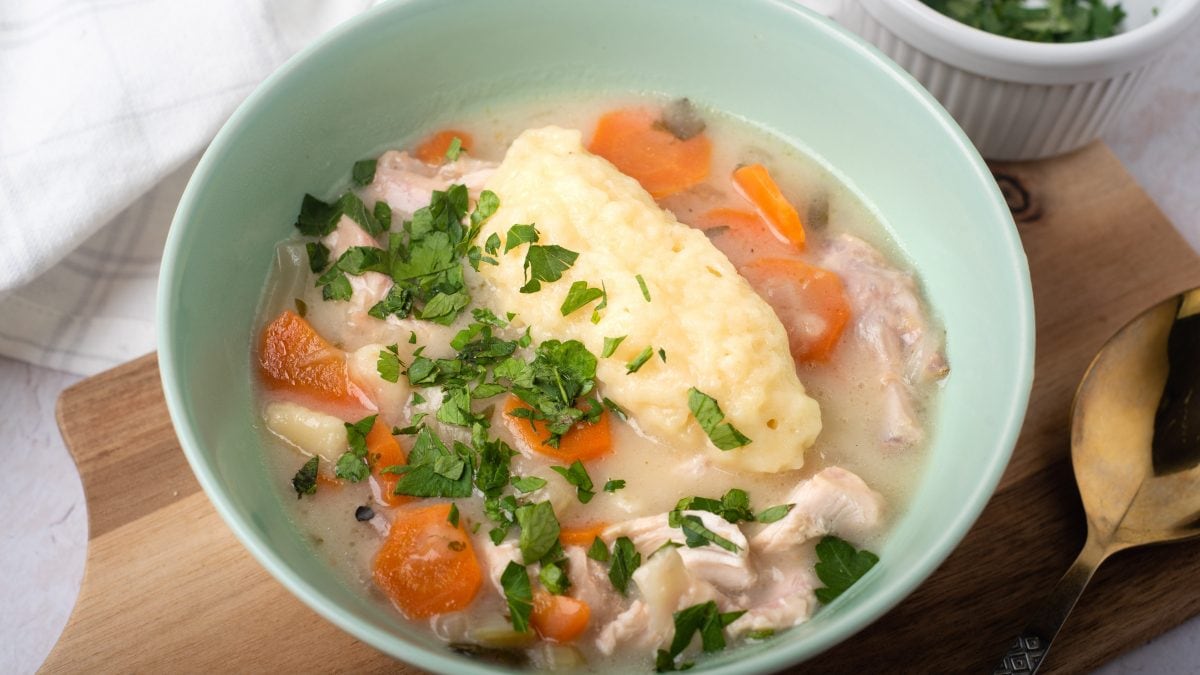