Mirror glaze: the recipe for garnishing cakes, mousses and bavareses in the best way

Mirror glaze is a perfect technical preparation for covering modern cakes, mousses and bavareses. It is a pastry preparation that is not very difficult to prepare at home, provided that the right ingredients and a cooking probe food thermometer are used to monitor the temperature during the realization phases. Prepared with white chocolate, it is characterized by being soft and shiny. It is used to cover cakes with a modern taste – which have internal sponge cake and external creams – bavareses, mousses, but also traditional desserts. So let’s find out how to perfectly make it with our recipe.

How to prepare the mirror glaze

Collect 75 grams of cold water taken from the total in a small bowl. Then soak the jelly sheets in it (1).

Chop the white chocolate with a knife and collect it in a dry and clean bowl (2).

In a saucepan, collect the granulated sugar, glucose syrup and the remaining water, put on the flame and melt gently until it reaches a temperature of 103 degrees C. Then remove from the heat, add the condensed milk (3) and mix well.

Take the jelly sheets and squeeze them, then add them to the previously prepared cream (4) and mix until completely dissolved.

Pour the mixture into the bowl with the white chocolate (5) and mix to obtain a homogeneous mixture.

Blend the glaze with an immersion mixer until you will have obtained a smooth and fluid consistency (6).

Divide the glaze in bowls or pitchers by the number of colors you need and add a few drops of food colorant in each one (7). Blend briefly with the mixer.

The glaze will be ready when it has reached a temperature between 30-35 degrees C. Pour it on the frozen cake, placed on a wire rack, resting on a baking dish in which to collect the excess (8) that you can reuse later.

The excess glaze, together with that collected in the baking dish, can be reused and preserved in the refrigerator for up to 1 month. Before being used it must be brought back to the correct temperature, between 30-35 degrees C, and then mixed with the immersion blender. 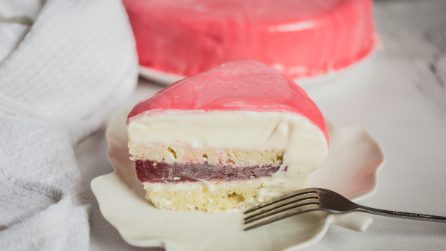 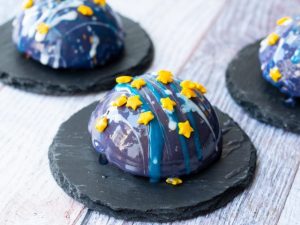 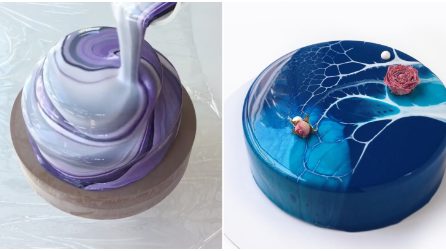 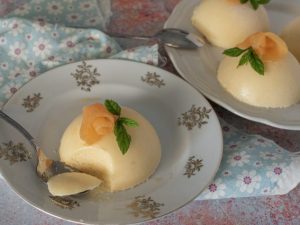 Easy 15min
Bavarese cream with melon: the recipe for a creamy and irresistible dessert
1 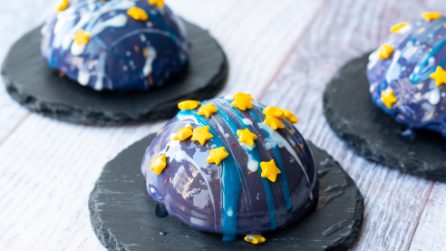 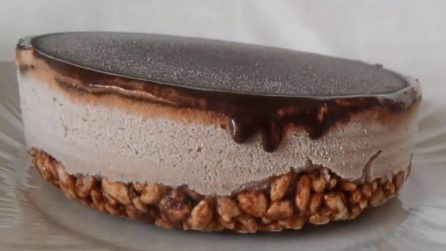