Mistakes You Make When Baking Potatoes

Sadly, many people’s attempts to cook the perfect baked spud end up with soggy skins, hard or gummy centers, or charred skins.

Potatoes often get a bad press, but what is easier to make or more satisfying than a perfect baked potato – crisp on the outside, and fluffy on the inside?

Sadly, many people’s attempts to cook the perfect baked spud end up with soggy skins, hard or gummy centers, or charred skins.

There are several things you shouldn’t do if you want to cook the perfect baked potato:

1. You don’t dry the potato after rinsing

Rinsing any dirt and debris off potatoes before cooking makes sense, but you do need to dry the skins well afterwards so that the moisture doesn’t seep into the potato during cooking and cause a soggy skin.

Do prick some holes in the potato skin with a fork, even though it’s not likely to explode in the oven. Better safe than sorry!

2. You wrap your potatoes in foil

Many people believe that doing this will give them perfect baked potatoes, but it actually ruins the skins.

The ideal baked potato skin does need a certain amount of dehydration and rehydration, and if you bake in foil, all the moisture from the potato skin is trapped and just goes back into the skin.

3. No wire rack under the potatoes

Hot air needs to get to the potatoes from all sides to ensure even cooking, and if you bake your spud with one side on a baking tray, you’ll end up with a hard, charred spot and possibly uneven cooking.

Place a thin wire rack inside a rimmed baking sheet, then line up the potatoes side by side and put the pan in the oven. Make sure there’s room between the potatoes and that none are touching.

4. You cook them in a too-hot oven

Perfect baked potatoes need slow cooking at a low temperature. Cook at 300F for 90 minutes, but if you don’t have time, cook at 450F for 45 minutes.

There’s no point in cooking potatoes at a higher temperature than 450F, as you will end up with over-browned skins that may even char in places.

5. You don’t check the temperature

If you don’t have a meat thermometer, you should invest in one for perfect baked potatoes. A temperature between 205F to 212F inside the potatoes mean that they are cooked. If the temperature is below that, the potato may be too hard still inside, and if you go above it, they may become gummy.

Don’t rub the skins in olive oil and salt before cooking – do it just before the end.

If you put oil on too early, the skins may not crisp up and the salt may run off the potatoes in the heat. Baste with oil after the potatoes reach 205F internal temperature. Take the pan out of the oven and brush with olive oil or bacon fat, and add a good sprinkle of salt.

Put the pan back in the oven for 10 minutes, and the oil will make the skin crisp up while the salt enhances the flavor.

7. The potatoes cooled before they were cut

Potatoes don’t get better for resting, and they need to be cut straight away, or they will retain the water from the steaming center and turn dense and unpleasant.

Jab a serrated knife through each potato as soon as you remove them from the oven, and use an oven glove or towel to give each potato a quick squeeze to create a vent.

The potatoes will have cooled just enough by the time you’ve prepared your toppings and got everyone round the table to enjoy your brilliant baked potatoes. 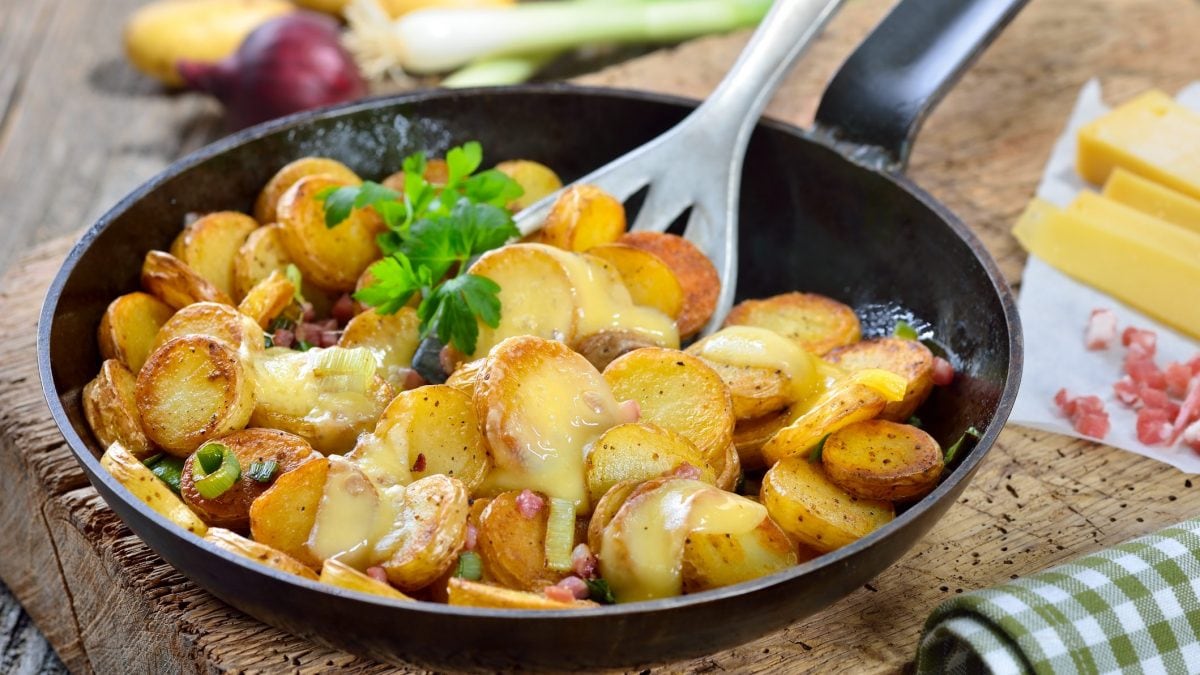 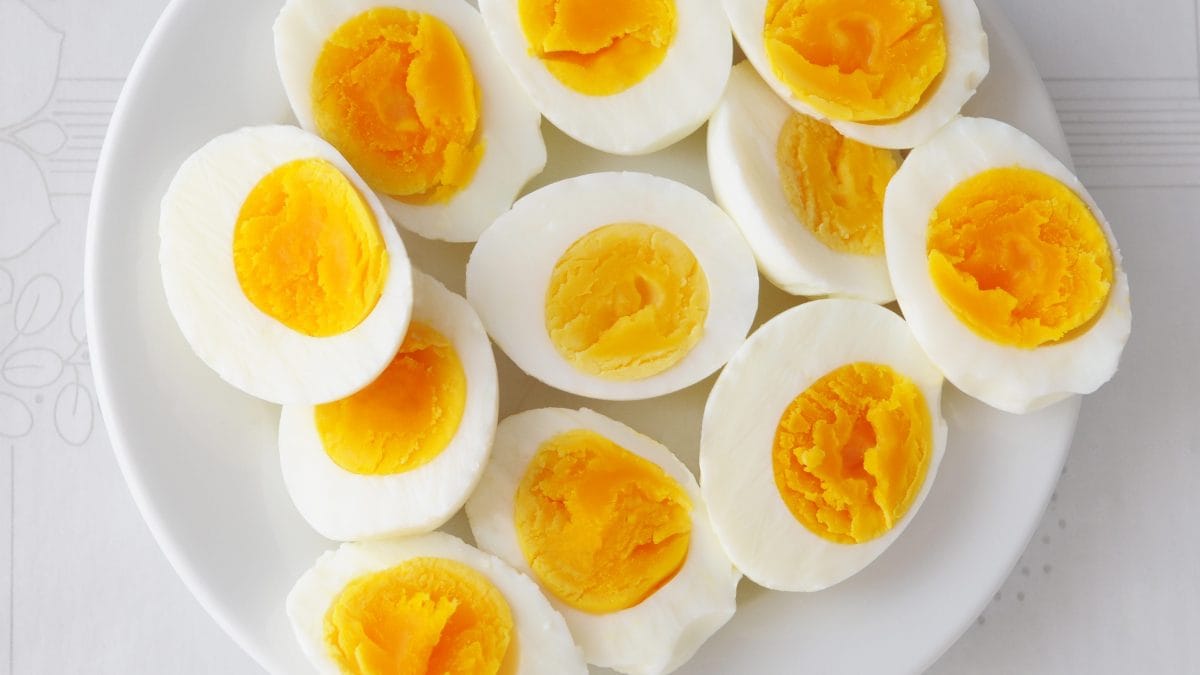 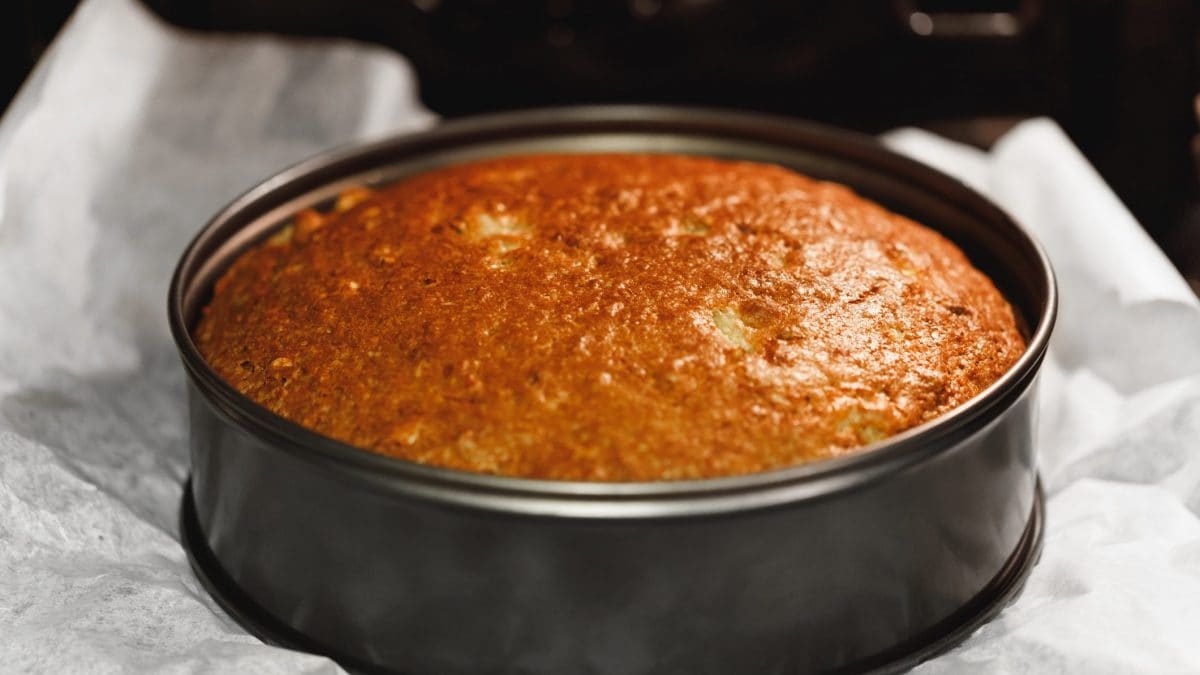