Muffuletta: a mouthwatering recipe for the classic New Orleans sandwich

If you've been searching for a fabulous, flavorful sandwich to feed a crowd, look no further than the muffuletta. The muffuletta is a classic New Orleans sandwich made with layers of tangy marinated olive salad, plenty of cheese, and charcuterie.

This tasty sandwich is made from ingredients like salami, mortadella, olives, and giardiniera (Italian-style pickled veggies). Although the sandwich itself doesn't have Italian origins, the name muffuletta refers precisely to a type of round Sicilian sesame bread.

Muffuletta sandwiches are fast and super easy to make and perfect for any occasion where you're hosting a large group. Make this tasty muffuletta sandwich for picnics, potlucks, or parties – people will rave about how delicious it is.

Muffuletta or muffaletta (pronounced muff-uh-lah-tuh) sandwiches are a classic New Orleans recipe. It's incredibly popular when it's time to feed a big group and always goes down well with guests.

It is made from delicious layers of charcuterie, olive salad, and cheese served in a large, fluffy loaf of muffuletta bread. This loaf is a type of large, round Sicilian bread topped with sesame seeds, hence the name of the sandwich.

Don't confuse muffuletta filling with giardiniera, though. Muffuletta is primarily made up of a mix of olives, while giardiniera is made up of vegetables.

With all of the Italian ingredients in the muffuletta, you might think the sandwich comes from Italy, but actually, it was first created by Italian immigrants in New Orleans.

Legend has it that the muffuletta was created in the early 20th century by Salvatore Lupo, who served it to his customers at his grocery store. He developed it as an easy way for his customers to eat their antipasti of bread, meat, and olives. The sandwich was a massive hit and you can find muffulettas served all over New Orleans.

The muffuletta is basically an antipasti sandwich made from meats, bread, olives, and cheese.

You'll need olive oil and garlic to make the olive salad dressing, then plenty of green and black olives (kalamata taste the best), a shallot, some giardiniera, or Italian-style pickled vegetables, and oregano.

For the sandwich itself, you'll need muffuletta bread or any large, round bread that can hold all the ingredients.

In terms of charcuterie, use mortadella, prosciutto, ham, salami (specifically Genoa salami), and either hot or sweet soppressata.

Finally, you'll need some cheese. The muffuletta uses a combination of provolone and mozzarella.

How to Make Muffuletta

Prepping and making a muffuletta is very easy, but you'll want to give yourself a few hours before you plan on serving it – read on to see why.

To make a muffuletta sandwich, start by making the olive salad. Combine the olive oil and garlic in a bowl, then leave it for 15 to 20 minutes so the garlic can impart its flavor to the oil. Put the olives, pickled vegetables, shallot, and oregano into a food processor and coarsely chop the mixture.

Place the chopped olive mixture into a bowl. Toss it with sherry vinegar and half the garlic oil. Leave the salad for a few hours or overnight so the flavors can meld together. The longer you leave it, the better the flavor will be.

To make the sandwich, start by slicing the bread in half horizontally. Take a pastry brush and liberally brush each half with the rest of the garlic oil. Toast each half of bread on a large skillet until golden brown.

Top the meat with the rest of the olive salad. Close the sandwich with the other half of the bread.

To make your muffuletta sandwich nice and compact, you'll need to compress it. Start by wrapping the entire sandwich in a couple of layers of cling film. Pop a heavy pot or book on top of it and leave it for 1 hour. Flip the sandwich and compress it for 1 more hour. Remove the cling film, slice, then serve.

How to Serve a Muffuletta

Muffulettas are typically served at room temperature, however, you can heat the sandwich, if you prefer. As a side dish, you can serve up a green salad, chips, or fries – muffulettas are quite hearty, so keep whatever side dish you choose fairly light.

Tips for the Best Muffuletta Sandwich

Use either hot or sweet soppressata depending on whether you prefer a spicier sandwich.

For the best flavor, let the olive salad marinade overnight or for up to a week in the fridge.

If you don't have sherry vinegar, apple cider vinegar or red wine vinegar are great substitutes.

If you don't plan on serving your muffuletta right away, store it in the fridge. This sandwich shouldn't sit out for longer than 2 hours.

You can swap out the oregano for basil for a simple tasty variation.

How to Store a Muffuletta

Wrap the sandwiches in cling film and place them in the fridge for up to 3 days.

Can You Freeze a Muffuletta Sandwich?

Absolutely! While muffulettas taste best when made fresh, you can definitely freeze this sandwich. Simply cut the muffuletta into individual portions, wrap them well in cling film or foil, then place them in the freezer for up to one month. Thaw them in your fridge overnight.

Whisk the olive oil and garlic in a bowl. Leave to infuse for 15 minutes.

Add the olives, pickled vegetables, shallot, and oregano to a food processor. Press the button a few times until the mixture is coarsely chopped.

Put the olive salad into a bowl. Pour half the garlic oil over the salad.

Add in the vinegar, salt, and pepper to taste. Toss well to combine.

Leave the salad for a few hours or overnight so the flavors can meld together.

Cut the bread in half horizontally. Generously brush each half with the remaining garlic oil.

Toast each half of bread on a large skillet until golden brown, about 1 to 2 minutes.

Place the bottom half of the bread on your cutting board. Spoon the olive salad onto the bread.

Layer the salami over the salad layer, followed by the ham.

Next, add the provolone, followed by the mozzarella, mortadella, prosciutto, and soppressata.

Finally, add the remaining olive salad. Put the other half of the bread on top of the salad layer.

Wrap the sandwich in cling film. Place a heavy object on top of the sandwich, then leave it for 1 hour.

Flip the sandwich and compress it for 1 more hour.

If you don't have fresh oregano, you can substitute 2 tablespoons of dried oregano. 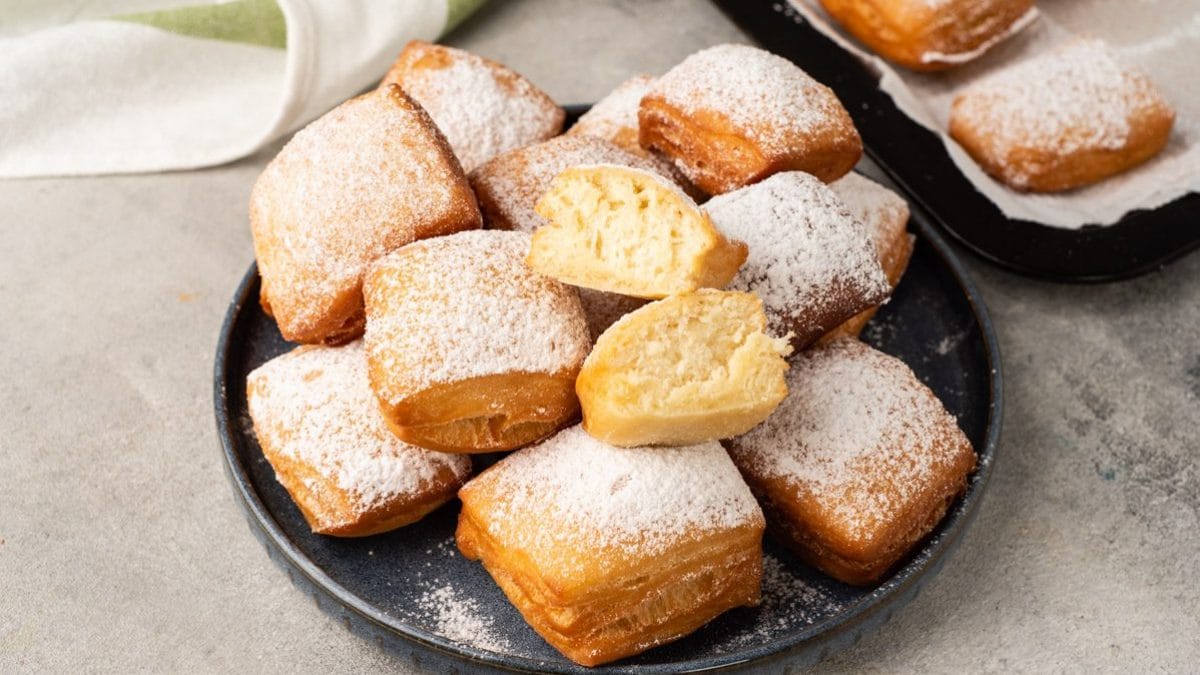 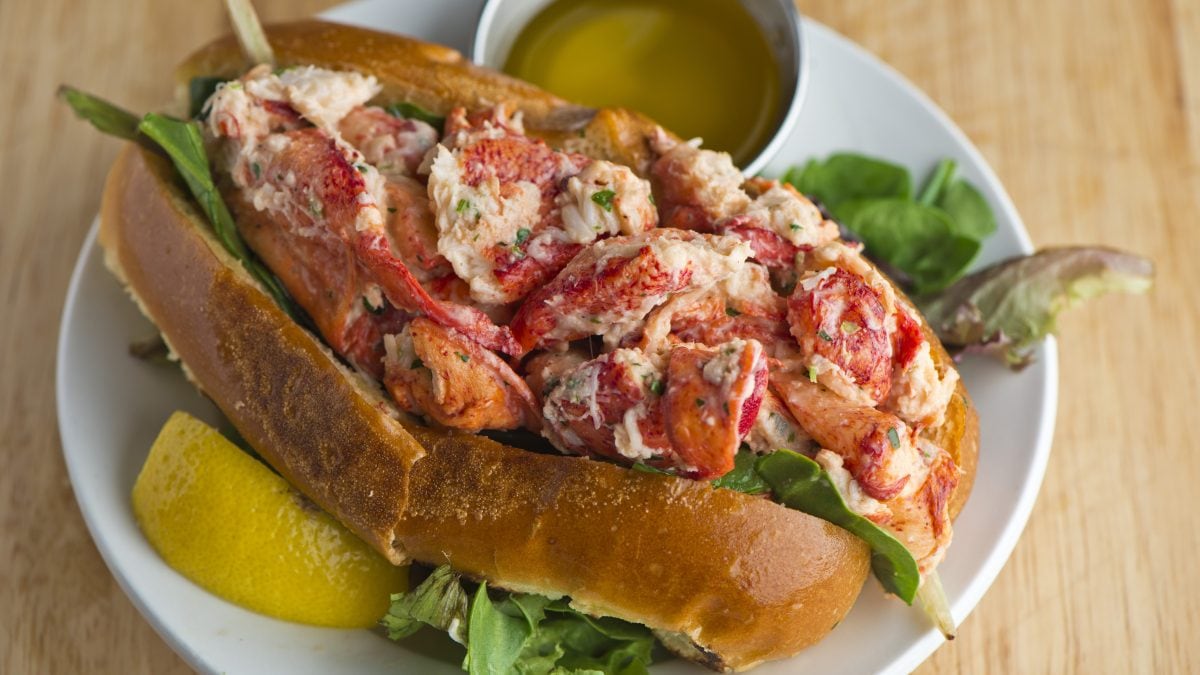 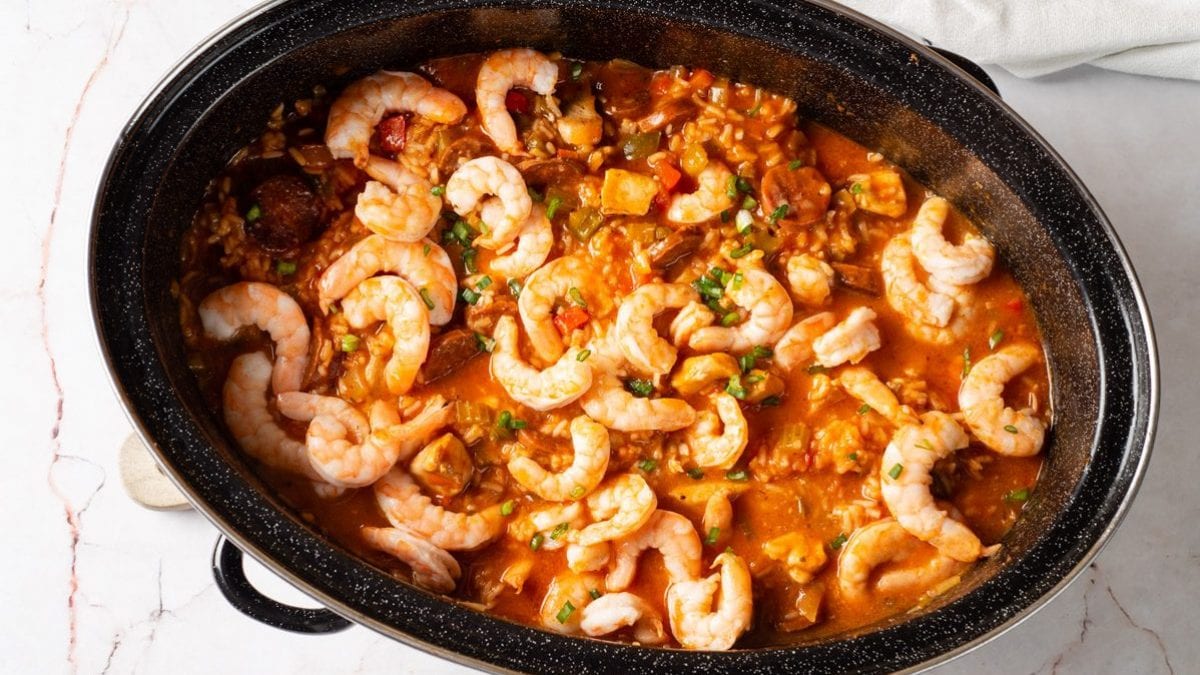