Easy Nachos: the original recipe of the mexican cuisine

The nachos, also known as tortilla chips, are a very tasty recipe of Mexican cuisine, very popular in most of the world. Served as an aperitif or as a tasty snack, perhaps even more appreciated than the common chips, they are one of the finger food par excellence. They are great for those who are intolerant to gluten and are easy to prepare at home. They can be served with many different sauces. You just need pre-cooked corn meal, water and a bit of salt to obtain the crunchy little triangles that every guest will appreciate. This dish doesn’t have many calories: for every 100 grams there are 306 calories.

Nachos are a typical Mexican snack. They were born in Piedras Negras, just beyond the border of the American state of Texas: it was here that Ignacio Anaya, also known as Nacho, invented the recipe in 1943. Since then, their fame has spread all over the world, thanks to their strong taste and their crunchy lightness.

To prepare nachos, first blend the corn meal with warm water and a pinch of salt. Amalgamate until you obtain a homogeneous, soft and compact mixture. Then spread the mixture using two sheets of baking paper as indicated in the original recipe.

Once you have obtained a thin sheet of 3 or 4 millimeters, with a round food mold or a simple mold cut out a circle that you will then divide into wedges. At this point, you just have to fry your triangles in peanut oil, that should not be abundant, but only cover the bottom of the frying pan. à

After having cooked them on both sides, drain the small triangles, let them cool and then serve them with abundant guacamole sauce.

The nachos can also be baked in the oven, they are delicious as soon as taken out of the oven and they are still fragrant after a few hours: after having brushed the corn meal wedges with a bit of oil, put them in a preheated oven at 180 degrees for 7/8 minutes, until they are golden.

What cheese goes on nachos?

Choose a combination of cheeses for both flavor and castability. A Monterey Jack cheese will have the creamy quality sought in the best nachos, while if you want a tastier taste, use cheddar.

How to store and served nachos

You can also served nachos with beans flavored with spices and chili pepper, or with chili with meat. You can store your tortilla chips for at most 3 days in a dry place.

The original recipe of nachos, typical of Mexican cuisine, has been the subject of a series of reinterpretations that have made it tastier. Here are the most famous variants: 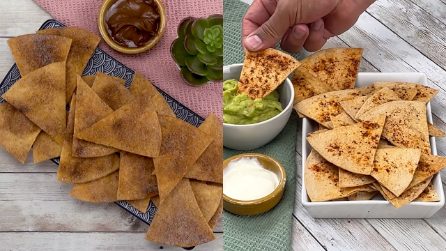 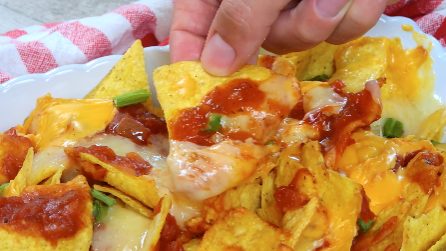 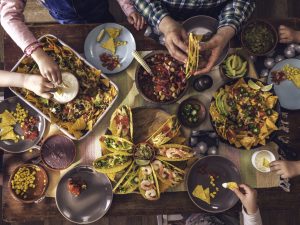 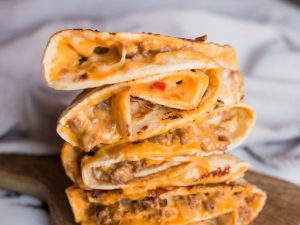 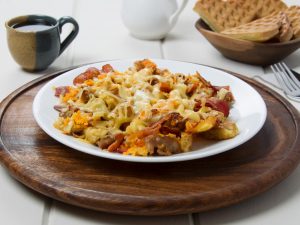