Paneer tikka is a spicy, savory, slightly tangy Indian appetizer that's found in Indian restaurants all over the world. Quick and easy to make, paneer tikka is made by marinating chunks of paneer in a mouthwatering marinade made from yogurt, chili powder, garlic-ginger paste, garam masala, lemon juice, and other tasty ingredients. It's then popped onto a skewer with vegetables and grilled in a tandoor. Since most of us don't have tandoor ovens at home, this paneer tikka is baked then broiled to get that same char on the paneer. It's a wonderfully flavorful vegetarian dish you can serve for any occasion – with a weeknight dinner, at a party, or even a barbecue.

What is Paneer Tikka?

Paneer tikka is a delicious Indian appetizer made from paneer, a soft cheese similar to cottage cheese, which has been marinated in yogurt, herbs, and spices, and grilled. Traditionally, it is made a tandoor clay oven, but you can replicate that tasty charr by baking then broiling the paneer in your oven at a high temperature.

How to Make Paneer Tikka

All you need to do to make great-tasting homemade paneer tikka is mix the ingredients for the yogurt marinade together then toss the paneer cubes, onions, and bell peppers in it. Leave it to marinate for at least an hour (the longer, the better), and once you're ready to cook, assemble the skewers.

Bake them for 5 to 10 minutes at 450°F, then broil them for 2 to 3 minutes until the paneer begins to char. That's it! Serve paneer tikka with some cilantro mint chutney and enjoy.

To make paneer tikka in an air fryer, cook the skewers a few at a time at 350°F for 5 minutes. Flip them then cook for another 1 to 2 minutes. Don't overcrowd the basket and don't overcook the paneer!

How to Serve Paneer Tikka

Serve paneer tikka with cilantro mint chutney as a dip. This dish is usually served as an appetizer, however, you could enjoy it with a side of rice to make a full meal out of it. Alternatively, you could turn it into a delicious paneer tikka masala.

Don't overcook the paneer or it'll wind up tough instead of soft.

For softer paneer, bake it for 5 minutes then broil it for 3 to 4 minutes.

Both paneer and yogurt are made from dairy products, so if you're a vegan who wants to replicate this recipe, try substituting tofu for paneer and using non-dairy yogurt as the base for your marinade.

For some tasty paneer tikka variations, try adding other vegetables to the skewers like eggplant, squash, or tomatoes. You can also cook the paneer tikka and make it into a masala, or put it in wraps with a bit of salad.

How to Store Paneer Tikka

Keep paneer tikka in an airtight container in the fridge and enjoy within 2 days.

Stir in the paneer cubes, onion, and bell peppers, tossing to coat. Cover and refrigerate for at least 1 hour up to overnight.

Remove from the refrigerator. Skewer the paneer, onions, and peppers, alternating between each.

Place the skewers on a parchment-lined baking sheet. Spray the skewers with cooking spray.

Bake for 10 minutes and then switch on the broil. Broil for 2 to 3 minutes until paneer pieces become slightly charred.

Remove from oven, squeeze with lemon juice, garnish with a dash of chaat masala, and serve with chutney. 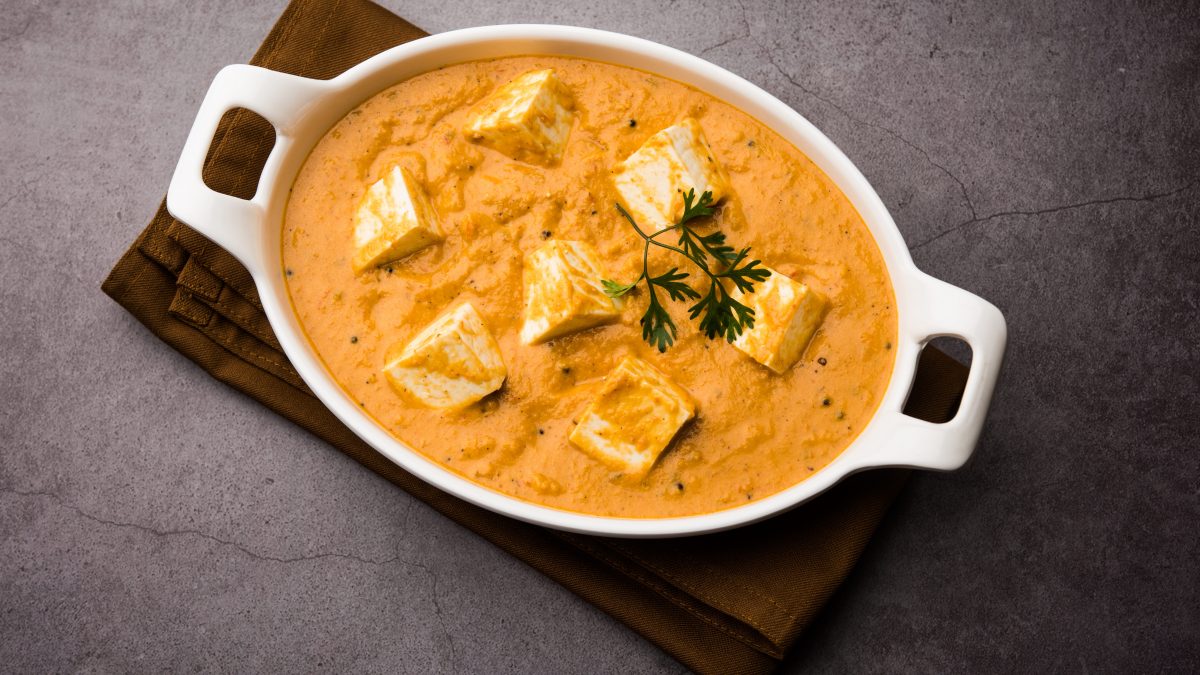 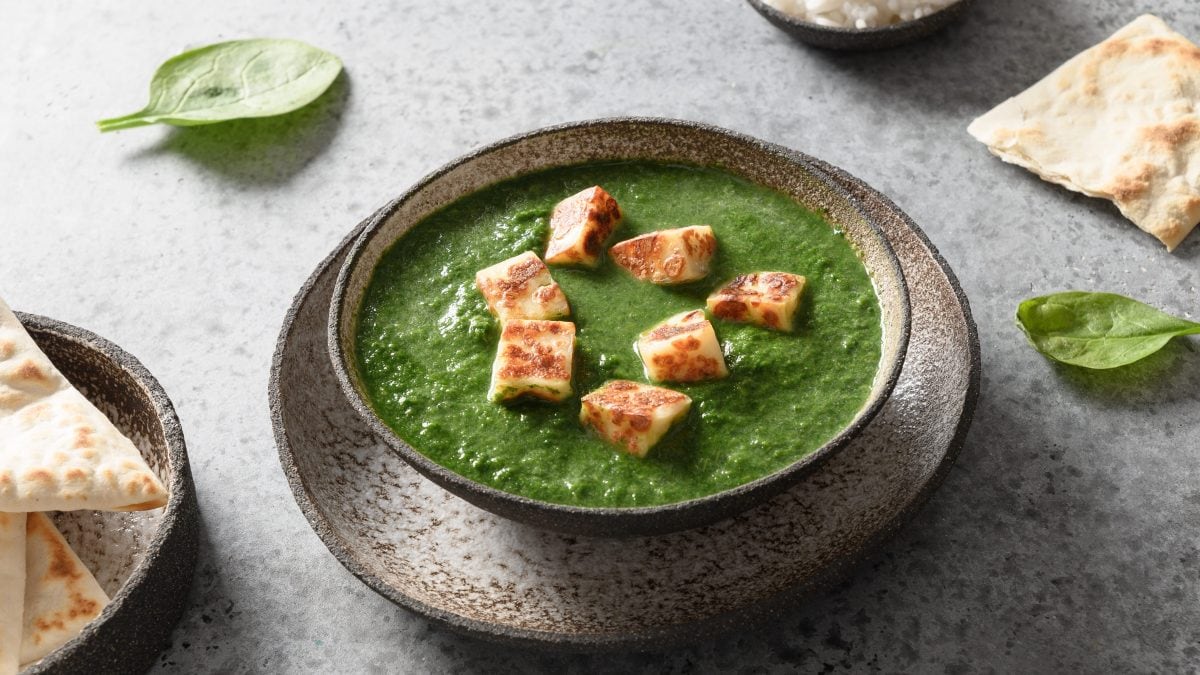 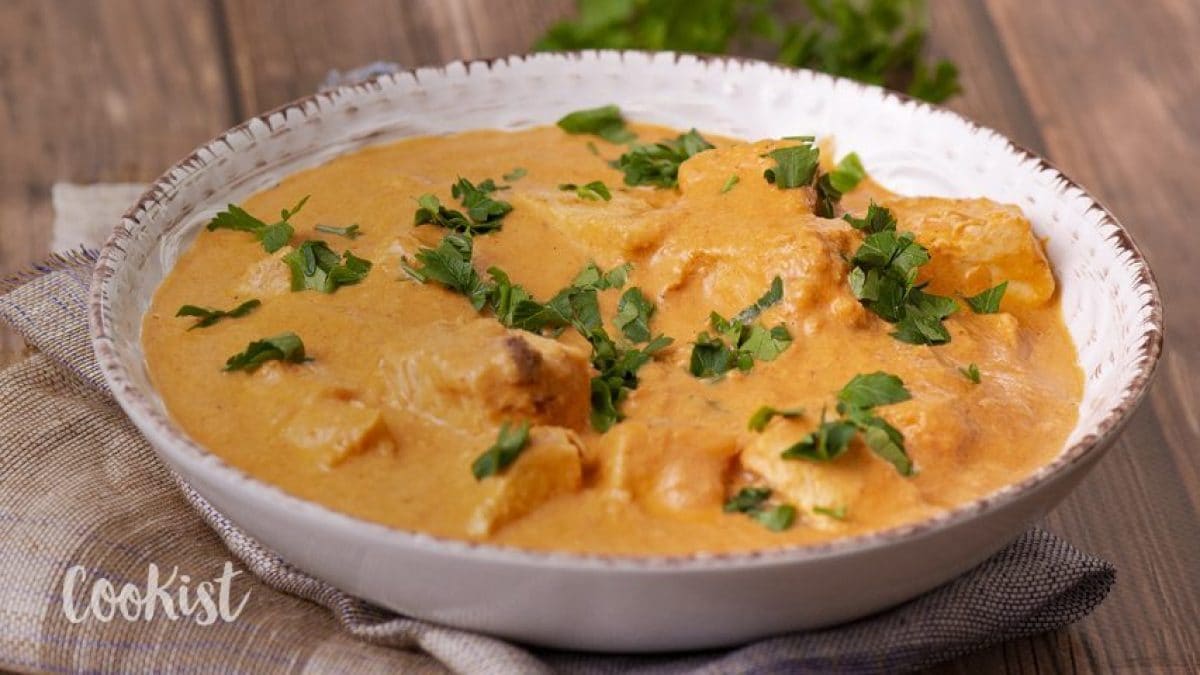