Peppers packed in oil: how to prepare them at home

Peppers in oil are a simple summer preserve to make at home and it is very tasty. Excellent as a side dish, they are ready to be consumed even in winter, or a perfect base for your peppers recipes (such as Italian peperonata). The summer gives us peppers of perfect consistency and intense flavor, so try to prepare the peppers in oil in August or September.

How to prepare peppers in oil

Carefully wash the peppers (1), dry them and place them on a baking tray (2). Cook the peppers in the oven for about an hour at 250° C. When cooking, paying careful attention, turn them so that they have a homogeneous cooking (3). 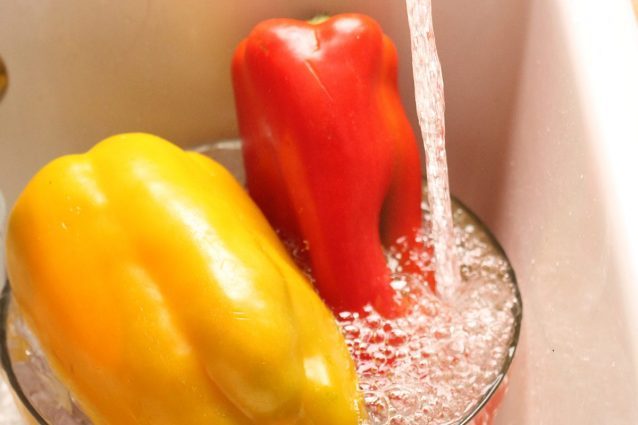 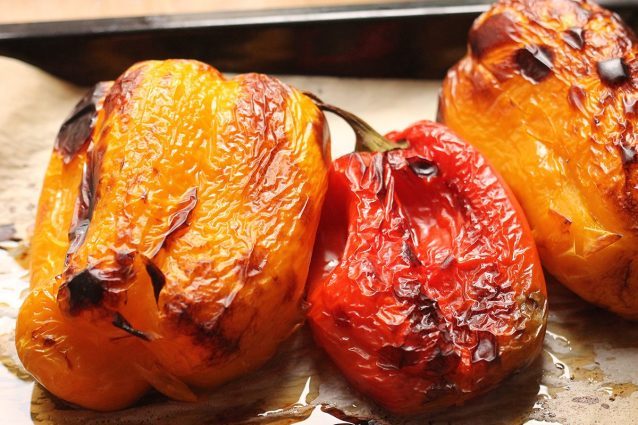 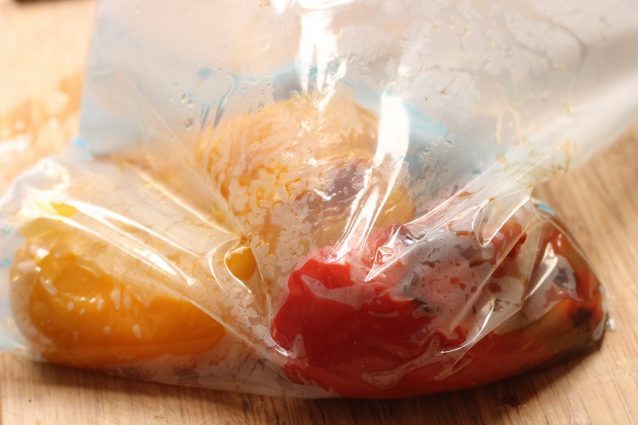 After taking them out of the oven, close the peppers in a plastic bag and leave them to rest for at least an hour (4). In this way, heat and moisture will help you to peel the peppers. After one hour, remove the skin and the internal seeds from the peppers (5), and cut the peppers into strips (6). 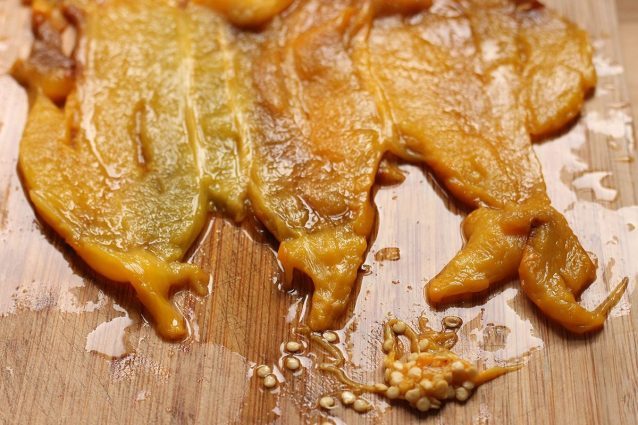 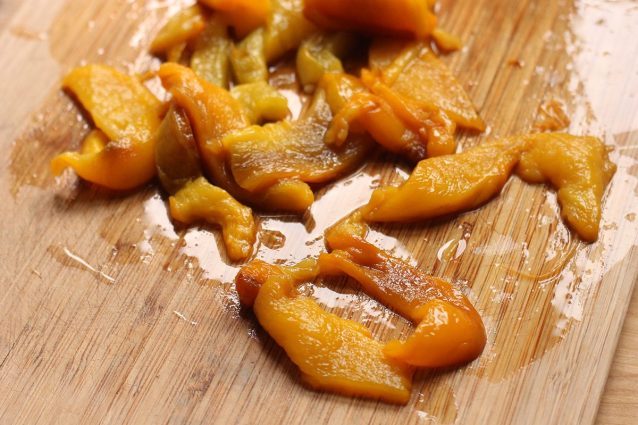 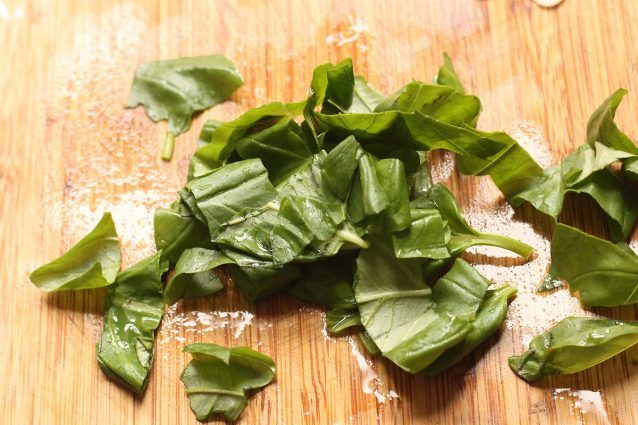 Cut the coarsely the basil (7) and the garlic into thin slices (8). Season the peppers with salt and start the preservation procedure. 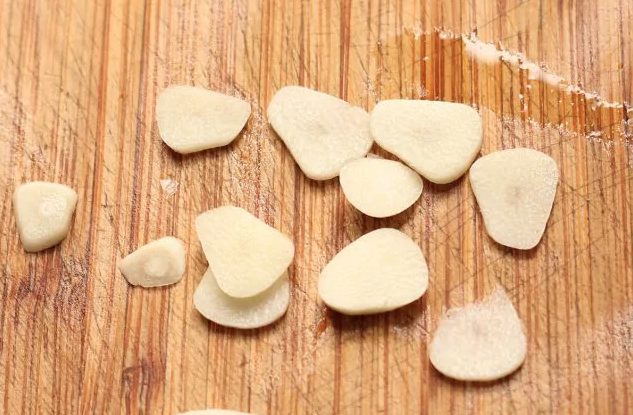 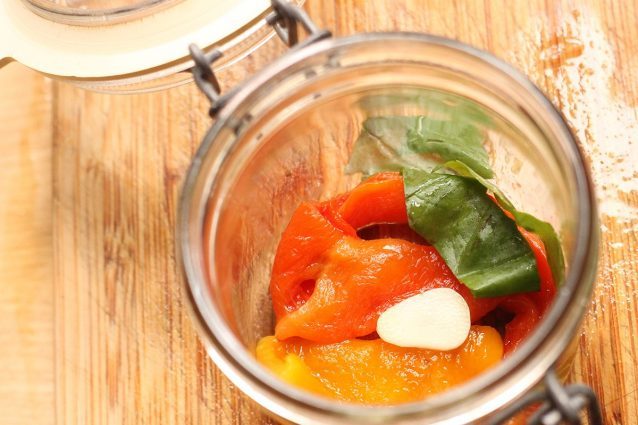 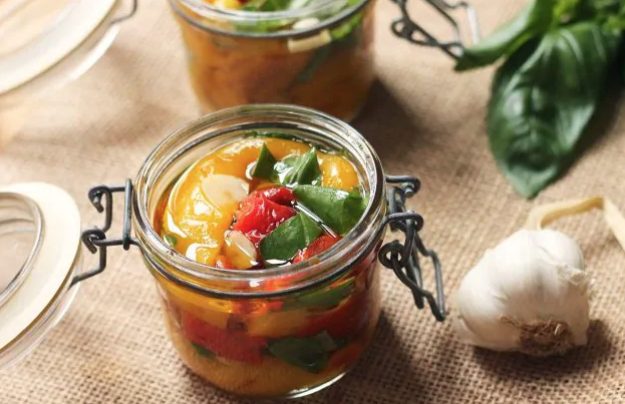 After carefully sterilizing the jars and lids, in boiling water for about 15 minutes, start placing the peppers, garlic and basil in the jars. After the jar is full approximately 1cm from the edge, start filling it with oil. Move the peppers with a fork so that the bubbles of air come out. Leave the lid resting on it for at least 6 hours to let all the bubbles out and then proceed with the second boiling of the jar (about 30 minutes) to vacuum-seal the jars. With the aluminum lids you can understand immediately if the vacuum has occurred, because they slightly curve inwards. In case you have any doubts, repeat the procedure.

To prepare the peppers in vinegar, just follow the original recipe, but in the end instead of filling the jar with oil, use the white wine vinegar.

If you do not like basil, just use mint, it will add a touch of summer to your preserve.

How to store perfect peppers preserved in oil

The bottle sanitization method must be performed correctly according to the guidelines of the ministry. Once the jars have been correctly vacuum-sealed, keep the jar of peppers in oil in a cool place with little light for no more than 4 or 5 months. 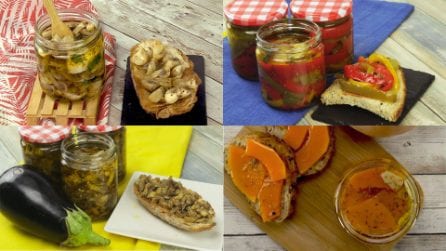 How to make delicious preserves in oil at home!
Views
38 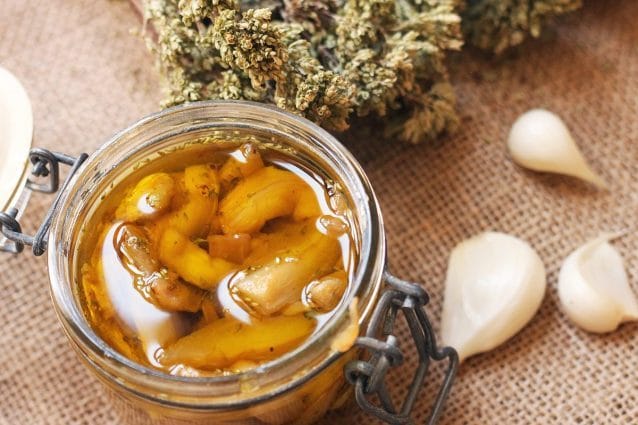 7 ingredients or less Eggplants Preserved in Oil: The Traditional Recipe to Make Them at Home
Low
60 Min 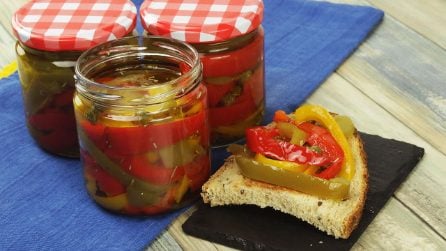 Pickled bell peppers recipe: how to make them at home!
Views
14.467