Pregnant woman opens a Pringles tube at the supermarket: arrested and sentenced to 2 months in prison

Kathleen McDonagh, a 25-years-old woman from Ireland, was five months pregnant at the time. The woman has several criminal records, some even for theft. And the judge decided to take it into account in the sentence of condemnation.

Kathleen McDonagh, a 25-years-old woman from Ireland, was five months pregnant at the time. The woman has several criminal records, some even for theft. And the judge decided to take it into account in the sentence of condemnation.

A pregnant woman was sentenced to two months in prison for opening a Pringles tube in a Tesco store, the well-known supermarket chain in the United Kingdom. Kathleen McDonagh had been banned from the Cork supermarket in Ireland, following previous incidents with staff. The 25-year-old woman pleaded guilty to having caused "criminal damages" during the incident of December 27th of 2016, according to reports from the Irish Times.

The District Court of Cork has declared that the supermarket security staff in the Mall of Mahon Point have seen on video surveillance cameras McDonagh join the automatic check-out queue. Knowing that she had been banned from the supermarket, "there was a confrontation with the woman" who at that point opened the tube of chips”, explained Inspector Ronan Kennelly to the court. As security guards approached her, she opened the Pringles, broke off the aluminum foil and said, ‘I opened it so now you have to make me pay for it.' The tube could no longer be sold for a leak € 1.50. “McDonagh said she wanted to buy the Pringles but did not have permission to enter the store", the inspector explained, specifying that the woman has 31 criminal records, 14 of them for theft.

read more
He feeds his children only with Coca Cola, they lose seven teeth: condemned

Shane Collins Daly, her lawyer, asked the judge to consider that McDonagh was five months pregnant at the time, and that she suffered from anxiety. But Judge Brian O'Shea criticized her "contemptuous and derisory behavior." Despite being "a low-scale crime, the defendant did not take into account the previous sentences" and for this reason the 25-year-old woman was sentenced to four months, with the last two months suspended. 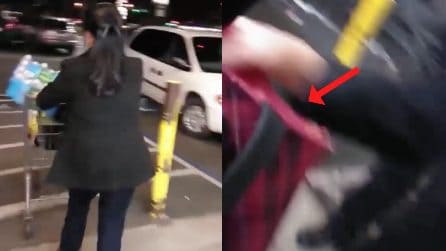 The woman goes away from the supermarket but a clerk follows her: this is what she discovers
Views
786 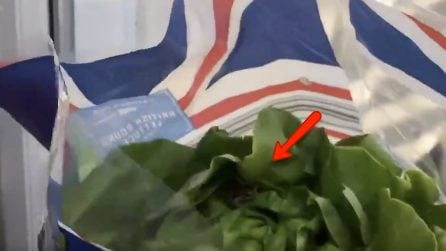 Strange surprise at the supermarket: a funny "friend" in a bag of lettuce
Views
2.053 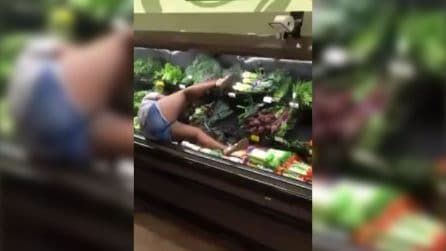 A woman is lying among the vegetables: the bizarre scene at the supermarket
Views
60.472