Sometimes you just can’t say no to a rare steak, a sausage, a carpaccio or a tartare, but is it really safe to eat these kind of foods?
Healthy food hacks
by Cookist

Sometimes you just can’t say no to a rare steak, a sausage, a carpaccio or a tartare, but is it really safe to eat these kind of foods?

The consumption of raw or not properly cooked meat is a widespread eating habit that unfortunately in some cases can lead to more or less serious gastrointestinal disorders. The risk increases therefore for those who often feed on carpaccio, tartare, rare grilled meat, sausages, salted or smoked meats such as speck, cured ham, etc. Especially in summer, when the desire to eat raw and fresh foods is great, the risk is greater as high temperatures favor the proliferation of bacteria that can spoil meat. Some meats are very delicate by an hygienic point of view, in particular porks and poultry are potential carriers of pathogens such as parasites, bacteria and viruses.

For the consumption of raw meat there are no real specific requirements since the sale of this kind of meat (including that used for sausages), is subject to a long series of checks from breeding to processing and it is guaranteed by the presence of an official veterinarian in slaughterhouses. It would therefore seem sufficient to verify at the time of purchase the maintenance of the necessary temperatures dictated by the cold chain, checking that the food does not present oxidation of the cutting surface with consequent darkening of the piece: it remains necessary to verify its provenance and certification.

The contamination can be of 3 types: bacterial, often induced by the bad slaughter of the animal, viral, where the virus acts specifically on the cells, and parasitic, where the parasites affect the muscle tissues of the animal. The most common diseases caused by parasites are tapeworm (the famous solitary worm), sarcosporidiosis, toxoplasmosis and trichinellosis that cause in humans symptoms ranging from simple digestive disorders to other more serious. In the case of bacteria such as salmonella, listeria, escherichia coli and others, we can even get to forms of hepatitis, pancreatitis and meningitis.

The main bacteria, viruses and parasites

–Campylobacter: it generates fever, abdominal cramps and it is the most common cause of dysentery in the world. It is mainly found in poultry meat.

– Taenia: also known as solitary worm, it lives in the intestine of animals where it can reach a length of 8 meters. Lacking digestive system, it absorbs directly the nutrients present in the intestine of the host: the affected person is often hungry but, despite the large quantities of food ingested, he/she feels weak and tired. Among the disorders, there is dysentery or constipation, abdominal pain, nausea and vomiting. Usually the treatment is pharmacological, but sometimes it is necessary to intervene surgically.

–Sarcocystis: bacteria that enter in the muscle fibers forming cysts of various sizes (from a few millimeters to a few centimeters). In the vast majority of cases the disease has not any symptoms and it is rare in humans.

-Trichinella Spiralis: bacterium that causes the so-called Trichinellosis and the main source of contagion is the pork meat of the sausages. In the intestine the larvae move through the intestinal mucosa, multiply spreading mainly in the muscles, in which they determine a sort of degeneration of the fibers causing haemorrhages, high fever and severe impairment of the general state. The therapy is carried out with specific chemotherapeutics.

-Listerin: bacterium called Listeria monocytogenes; the infection caused is very dangerous especially for the elderly ones, pregnant women and newborns. Symptoms include fever, muscle aches, dysentery and gastrointestinal disorders. You can also suffer from stiff neck, migraine, loss of balance and convulsions.

– Salmonella: it is one of the bacteria found in the intestines of reptiles, birds and mammals. The symptoms of salmonellosis are dysentery, vomiting and abdominal cramps, but in subjects with weak immune systems it can cause even very serious disorders.

– Escherichia coli: they are parasites that produce a powerful toxin responsible for severe pathological forms in humans. Disorders range from dysentery to haemorrhagic colitis and they may be the most important cause of acute renal failure in children.

– Toxoplasma: it is the parasite called Toxoplasma gondii whose transmission vehicles can be domestic animals, mice, pigeons, chickens and others, and it can also be transmitted through faecal contamination. The disease is very risky in pregnancy because it can be transmitted from the mother to the fetus. 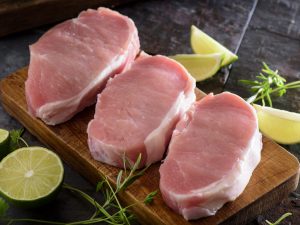 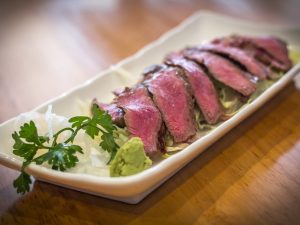 Beef tagliata: the secrets to prepare it soft and tasty
51

Here's Everything You Need To Know Purple Akebi Fruit
121 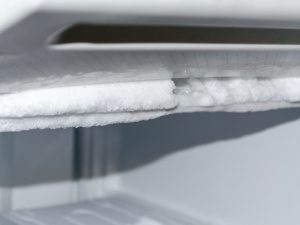 How to perfectly defrost the fridge
48 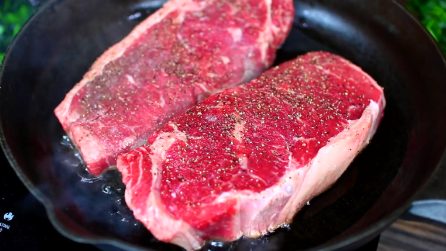 8.800 • by Love Kitchen
How to cook steak perfectly: the method to have a juicy recipe
64 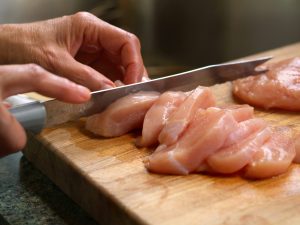