Rasmalai: the simple recipe for a classic Indian sweet

Lusciously sweet with a melt-in-your-mouth softness, rasmalai are an easy-to-make Indian sweet. Served in rabri, a sauce made from milk and seasoned with saffron and cardamom, rasmalai are soft and juicy, with a milky taste. They're made from chenna, or cheese curds, which are infused with simple syrup. They're a popular snack during Indian festivals and are also served at weddings and other special occasions. They're so good, you'll find it's impossible to eat just one serving!

Rasmalai is a very popular Indian dessert that's eaten during festivals like Diwali and served at weddings, parties, and other special events. They're made from freshly made chenna, or cheese curds, which are cooked in simple syrup and served in rabri, which is condensed milk seasoned with cardamom, saffron, pistachios, and almonds. Together, this dish is known as rasmalai.

How to Make Rasmalai

Rasmalai is as easy to make as it is delicious. There are a few steps to making homemade rasmalai. First, you'll need to make the rabri, the sweetened condensed milk. To do this, you'll need to boil milk and sugar, cooking it until it reduces. Place half the condensed milk into the fridge. While you're making the rabri, you can also get started on the chenna, the cheese curds. Boil 5 cups of milk, then let it cool for 5 minutes and stir in vinegar. Keep stirring until it curdles, then wrap it muslin cloth, rinse it, and hang it up to drain for about 1 hour. Squeeze out any extra water, then knead it until smooth. Divide the chenna into 12 portions and shape them into discs.

Now it's time to make the syrup. Boil water and sugar together, adding in the cardamom once it comes to a boil. Add the chenna discs and let them cook in the syrup, then remove the pot from the heat and let them rest for 20 minutes. Take them out and squeeze any remaining syrup. Now, add the nuts to the rabri and bring it to a simmer with the chenna discs. Turn off the heat and stir in the cold rabri. Serve your rasmalai chilled.

– If your rasmalai ends up hard, you might be over-kneading the chenna or milk solids. Don't over-knead it to the point where the grease begins to come out.

– The chenna, or cooked milk solids, should be moist but not sticky and not have any excess water dripping off after the hour of hanging up. This will help prevent the chenna discs from breaking once you begin shaping them.

– Don't overcook the chenna discs in the rabri otherwise, they might break.

How to Store Rasmalai

Cover or place rasmalai in an airtight container and place it in the fridge. Enjoy your homemade rasmalai within 4 days. When frozen, rasmalai will stay good to eat for up to 3 months.

Bring 3 cups of milk to a boil in a saucepan over medium heat.

Add saffron and stir regularly. Stir in the sugar. Continue stirring until the milk reduces by about half.

Pour out half the milk and refrigerate and leave the remaining milk in the saucepan.

While you're cooking the rabri, bring another 5 cups of milk to a boil in a separate pot. Once it boils, remove it from the heat and let it sit for 5 minutes, then stir in the vinegar.

Stir until the milk completely curdles. You may need to add more vinegar. Turn off the heat.

Once the milk has completely curdled, add in the ice cubes. Pour the milk mixture into a muslin cloth and drain. Wrap it and let cold water run over the wrapped muslin. Rinse well. Hang up the muslin and squeeze out any remaining water. Let it drain for about 1 hour.

Unwrap the chenna and knead it until it's smooth and not sticky.

Divide the chenna into 12 portions. Form the portions into balls and gently flatten them into discs. Cover in a damp towel and set to the side.

When the mixture comes to a boil, stir in the cardamom powder.

When the syrup comes to a rapid boil, carefully lower the chenna discs into the water. Cover and cook on high heat for 9 minutes. Remove the pot from the heat and let the chenna rest in the syrup for 20 to 30 minutes.

Remove the chenna discs from the pot and squeeze them to remove excess syrup. Place them into the rabri, then add the pistachios, almonds, and any other nuts you prefer. Simmer on low for 1 to 2 minutes.

Pour the refrigerated rabri into the warm rabri and served the rasmalai chilled.

Stir the milk often so it doesn't burn. 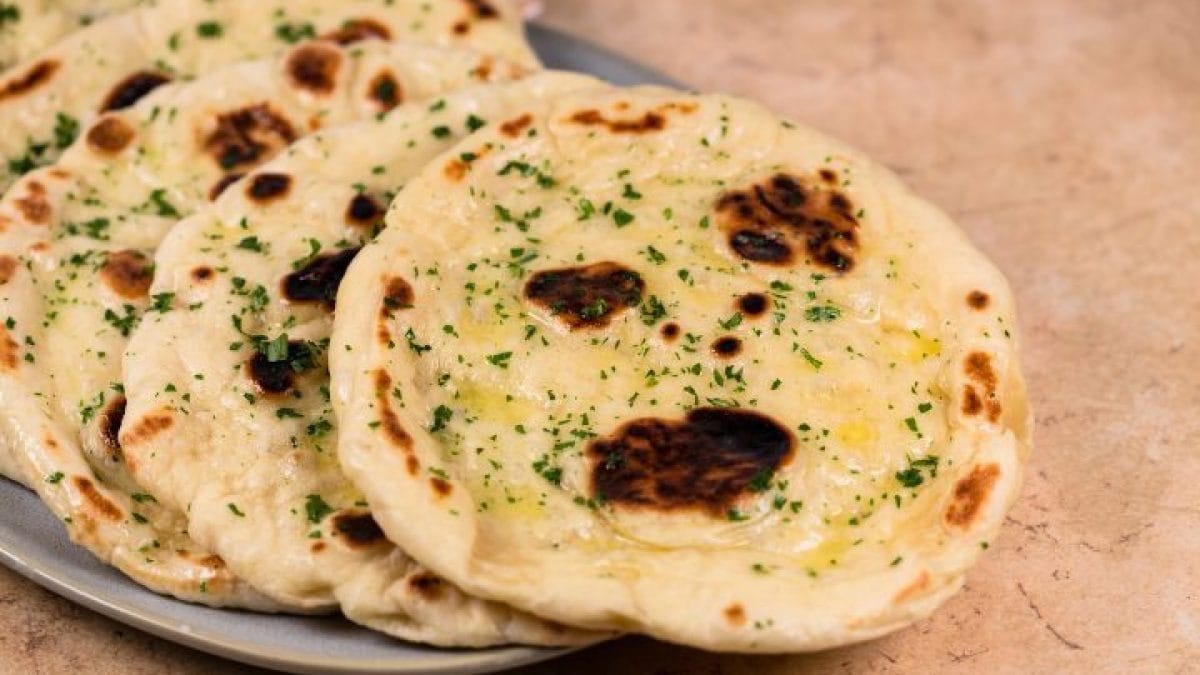 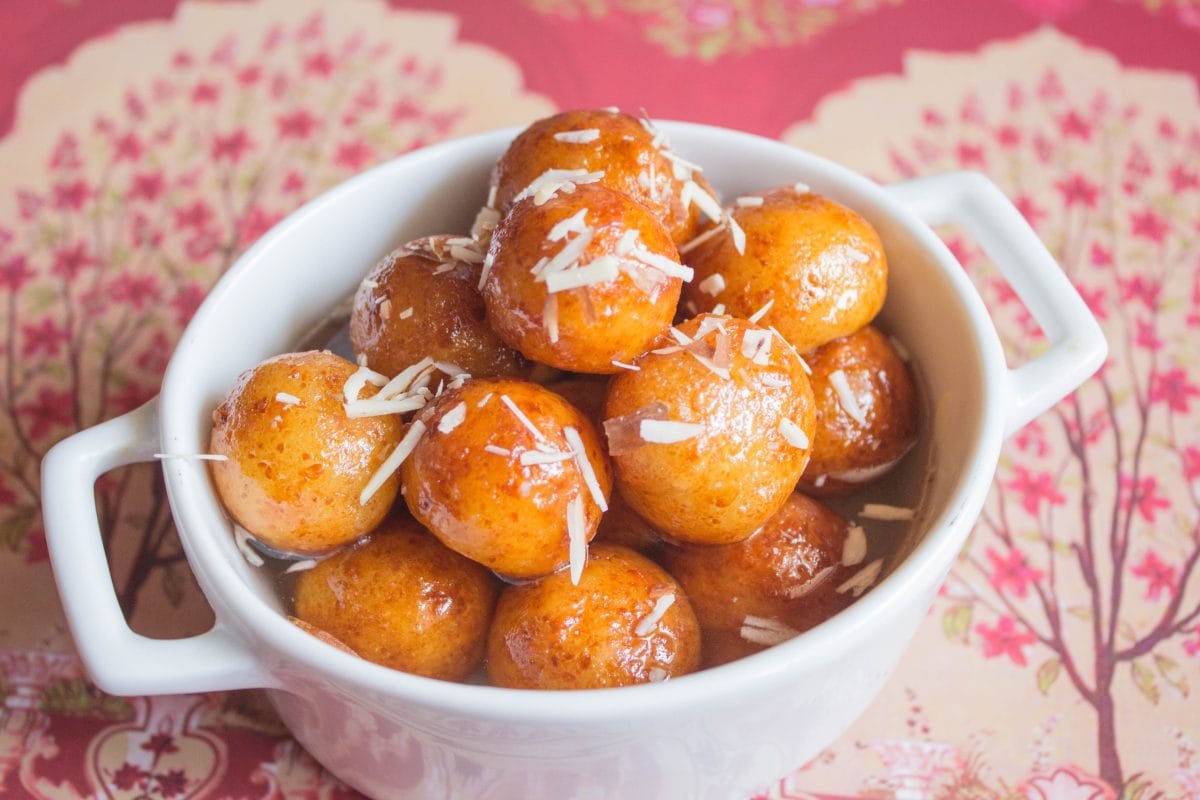 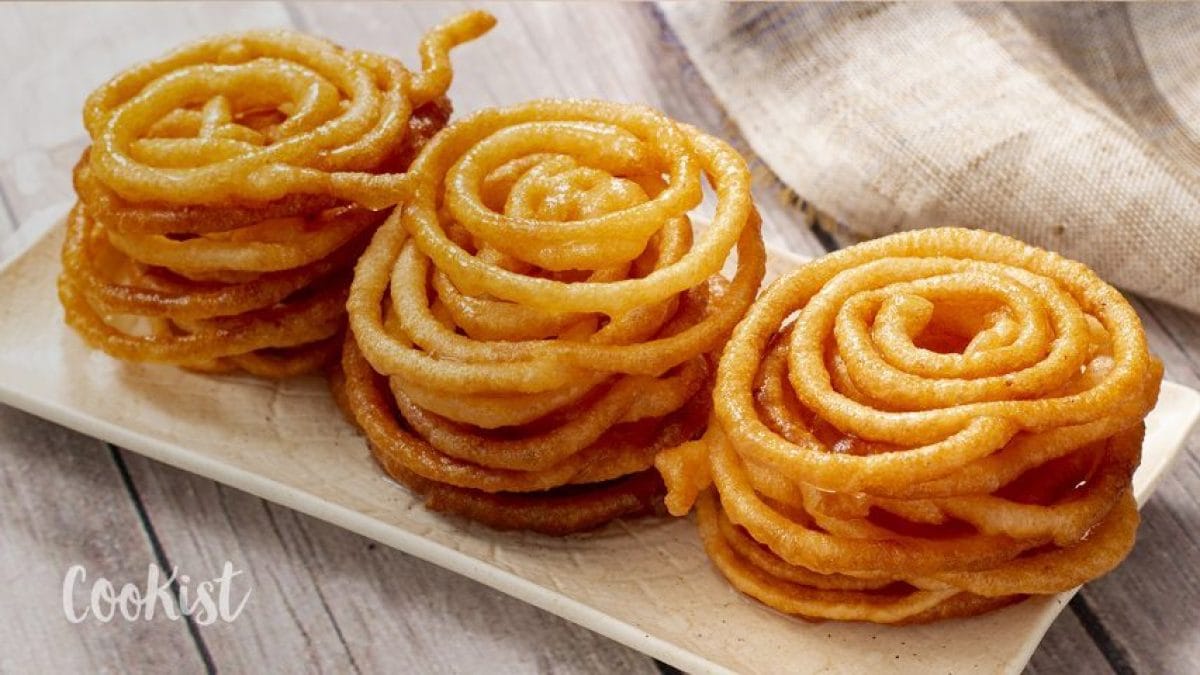