Make the most of rhubarb season this year and treat yourself to homemade rhubarb crisp. Rhubarb is an edible stalk that looks like red celery. It's in season from April to July, and its tart flavor makes it ideal for desserts. This easy-to-make rhubarb crisp is sweet yet tart, with a subtle cinnamon flavor and a crunchy buttery topping.

It's the perfect dessert for spring and summer – you can even try adding strawberries to your rhubarb crisp for the ultimate taste of summer!

What is the Best Rhubarb to Pick for Making Crisp?

You can use fresh or frozen rhubarb to make this fabulous dessert. If using fresh rhubarb, look for firm yet tender. The stalks shouldn't be too thick or feel woody to touch. You can use red or green rhubarb. Despite their differences in appearance, they taste the same!

How to Make Rhubarb Crisp

You can bake this gorgeous rhubarb crisp with ease and only a handful of ingredients. Head down to your local farmers' market for some fresh rhubarb so you can start baking!

Before you get started baking, wash the rhubarb well, then chop it into small pieces, about 1/2 inch or so in size. Discard any leaves. While rhubarb stalks are safe to eat, the leaves are toxic. Put the rhubarb, sugar, flour, and cinnamon in a bowl and mix it well. Transfer the rhubarb mixture to a baking dish.

Next, mix the oats, brown sugar, flour, and cinnamon. Use a dough scraper to chop the butter into the mixture. Sprinkle the topping over the rhubarb.

Now it's time to bake! Put the rhubarb crisp into the oven and cook it for 30 to 35 minutes at 375F. It should be a lovely shade of golden brown when it's done. This will help make sure it isn't runny. Let the rhubarb crisp cool for 10 minutes, then slice and serve, preferably with a scoop of vanilla ice cream!

For extra flavor, add some desiccated coconut or orange or lemon zest to the topping.

Jazz your rhubarb crisp up by adding sliced strawberries, whole blueberries, or raspberries.

If you like tangier desserts, add a splash of lemon juice to the rhubarb layer.

No fresh rhubarb available? Use frozen rhubarb instead.

How to Store Rhubarb Crisp

When wrapped, your homemade rhubarb crisp will stay fresh for up to two days at room temperature or up to 5 days in the fridge.

Can You Freeze Rhubarb Crisp?

Rhubarb crisp is perfect for freezing. It lasts up to 3 months in the freezer. Thaw it overnight in the fridge when you're ready to enjoy it. 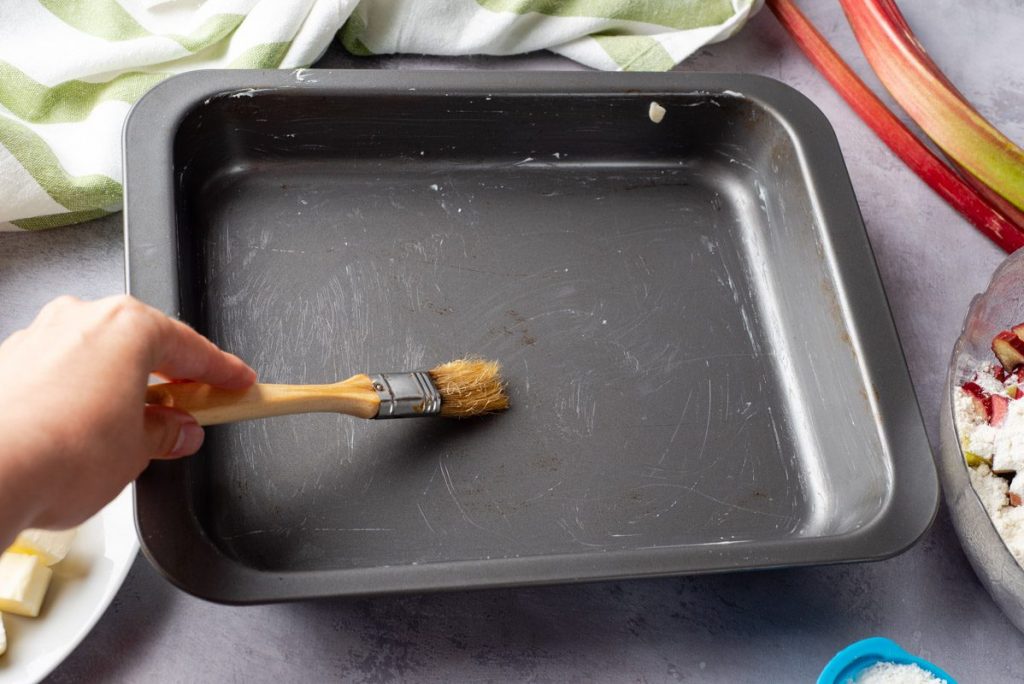 Preheat your oven to 375F. Grease a baking casserole with butter.

Preheat your oven to 375F. Grease a baking casserole with butter.

Cut rhubarb into 1/2-inch chunks, then place it in a bowl. Add the sugar, flour, and cinnamon. 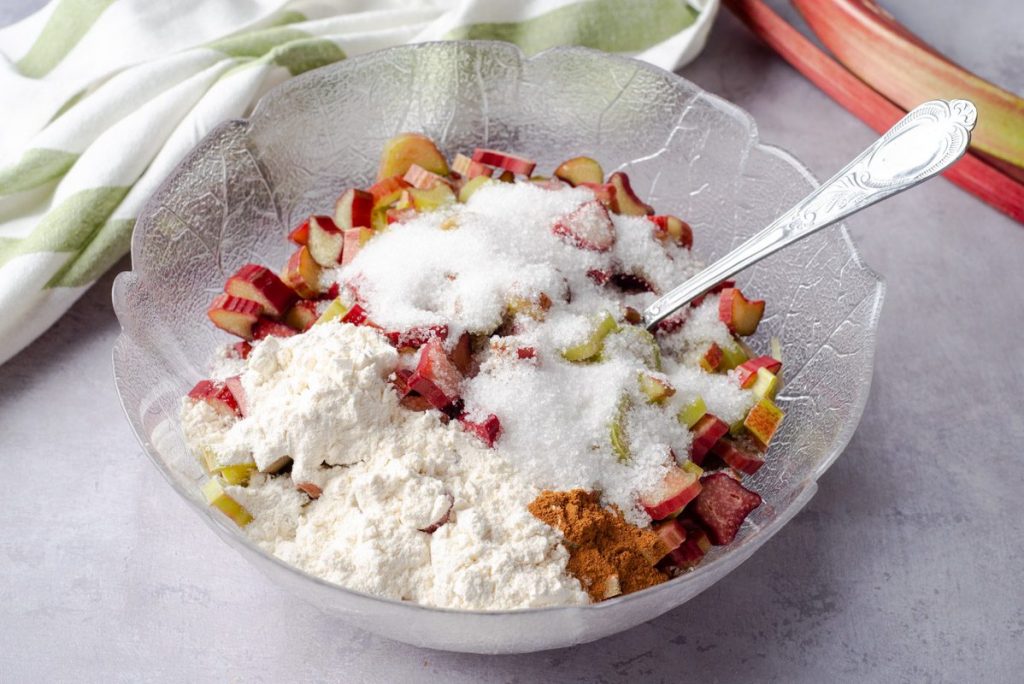 Cut rhubarb into 1/2-inch chunks, then place it in a bowl. Add the sugar, flour, and cinnamon.

Transfer to a baking dish. 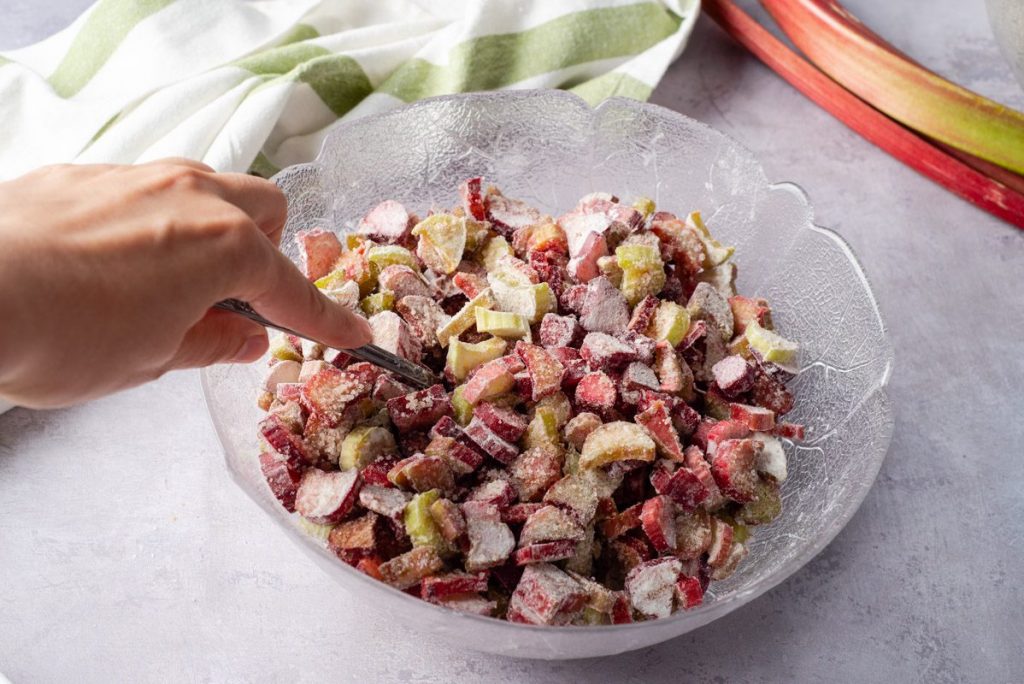 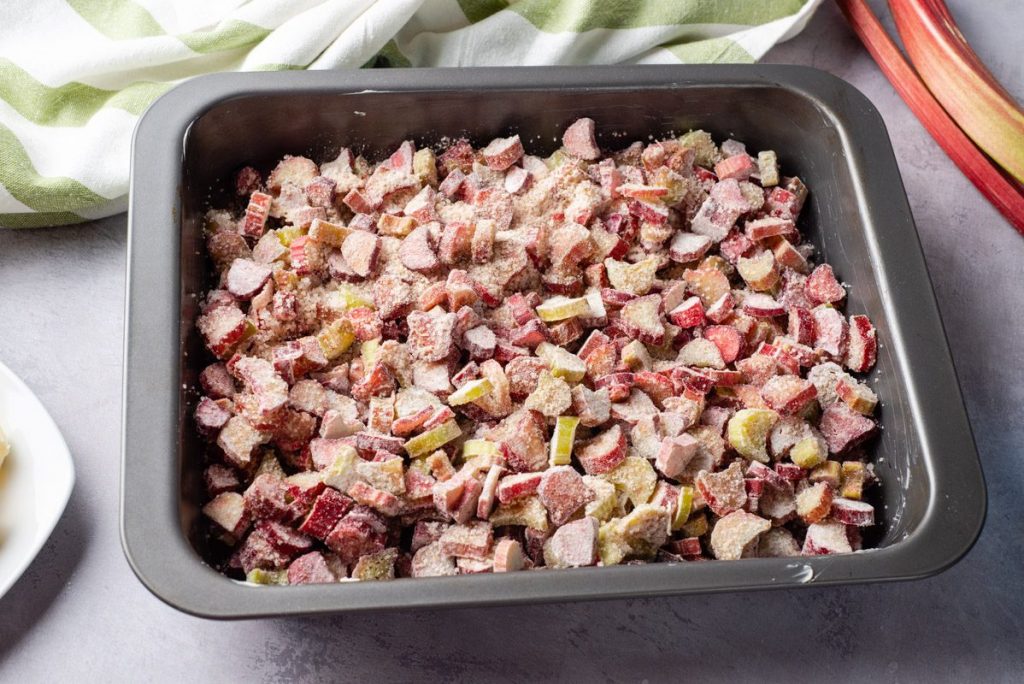 Sprinkle the topping over the rhubarb.

Transfer to a baking dish.

Make sure to spread it evenly. 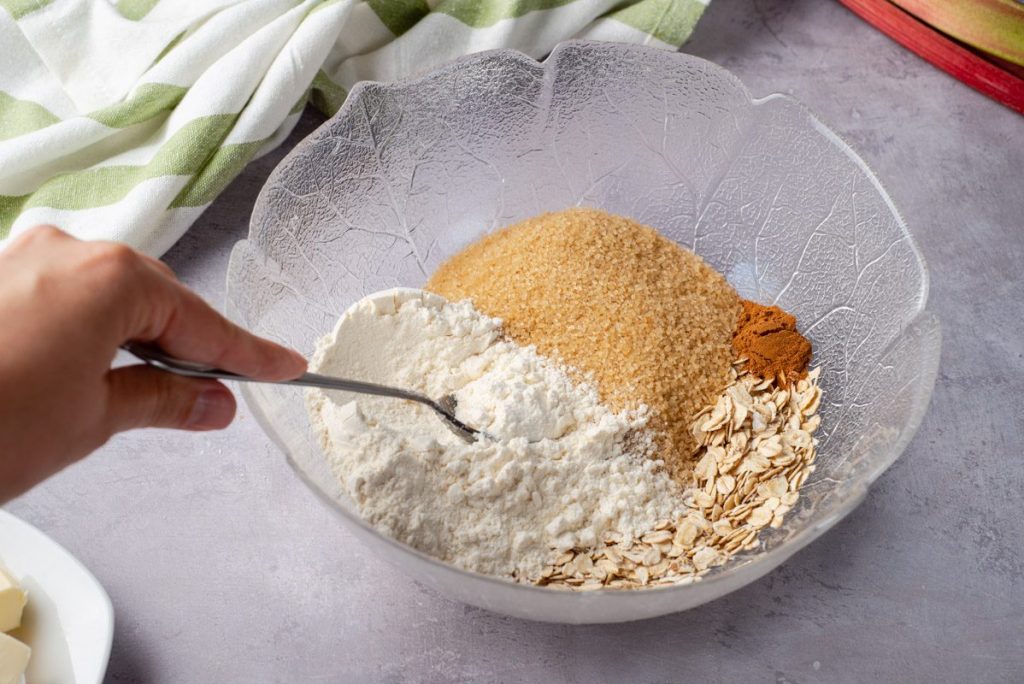 Bake for 30 to 35 minutes, until golden brown. Take the baking dish out of the oven.

Let the rhubarb crisp cool for 10 minutes, then slice and serve. 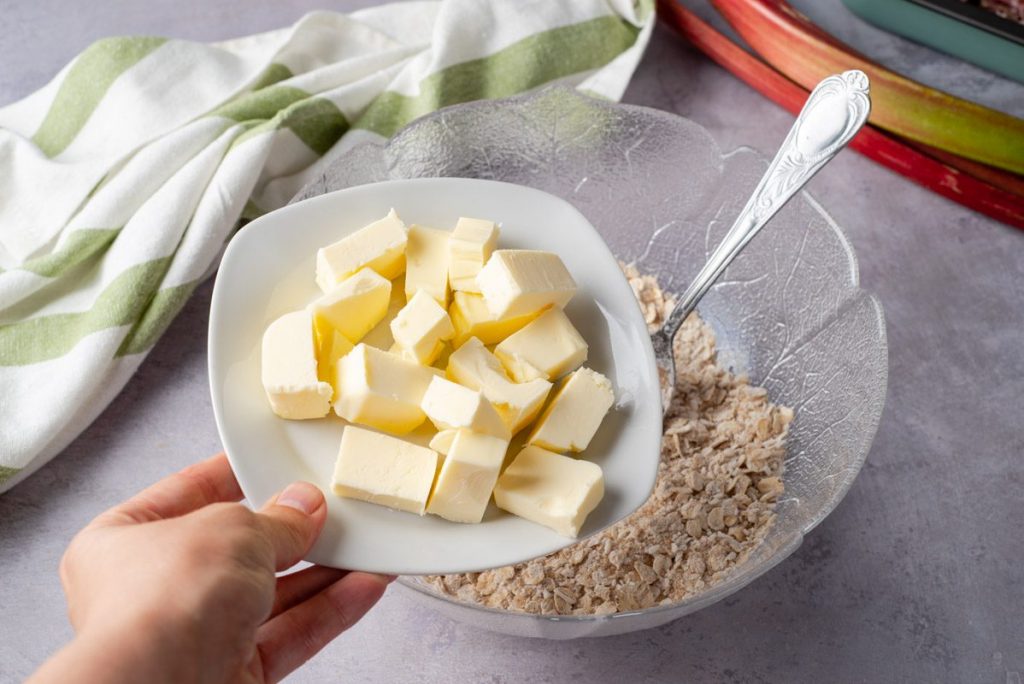 You can serve it with a scoop of vanilla ice cream. Enjoy!

Use a 9×13-inch casserole dish to make your rhubarb crisp. 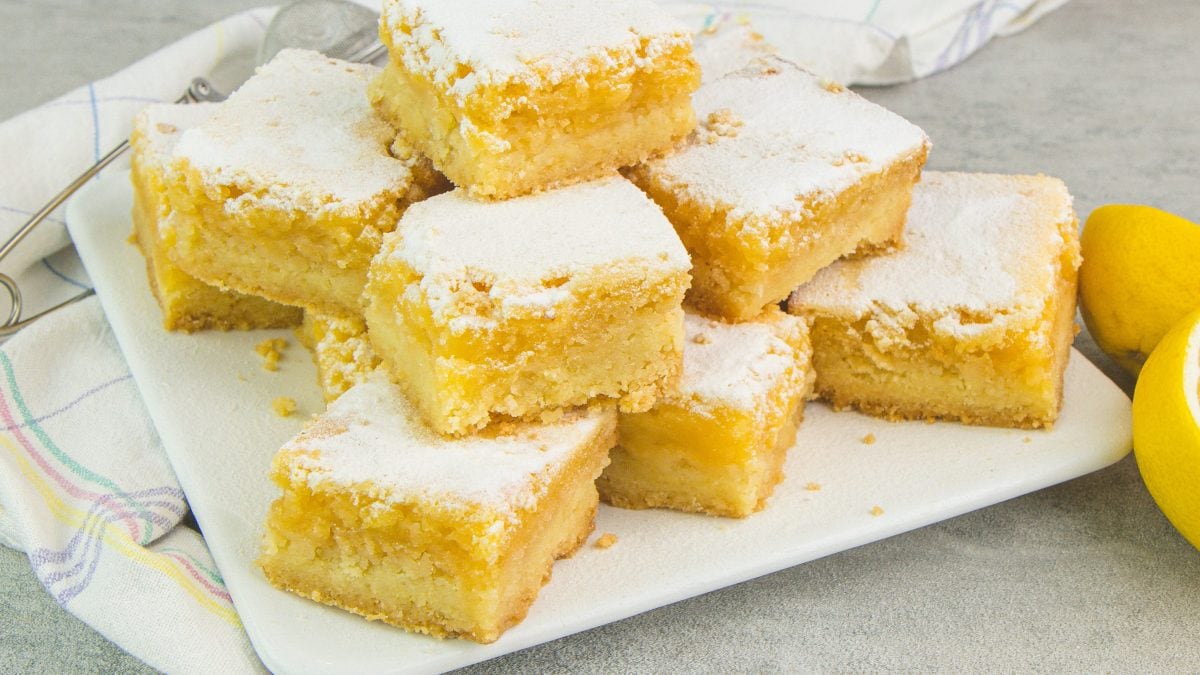 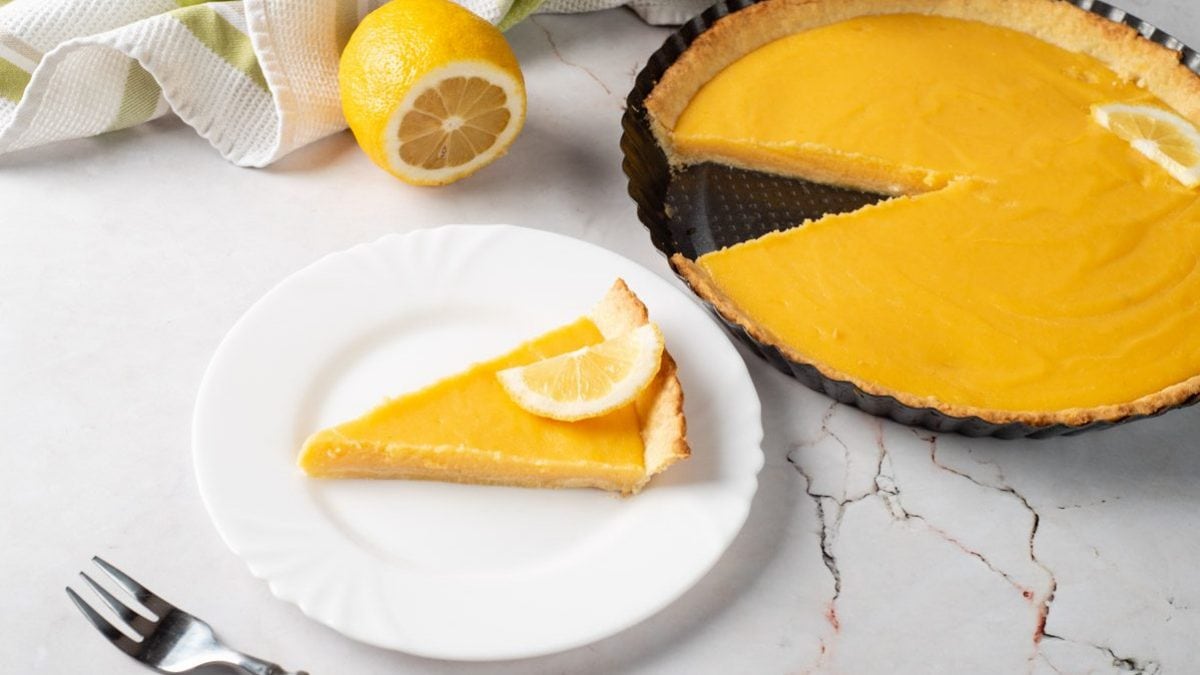 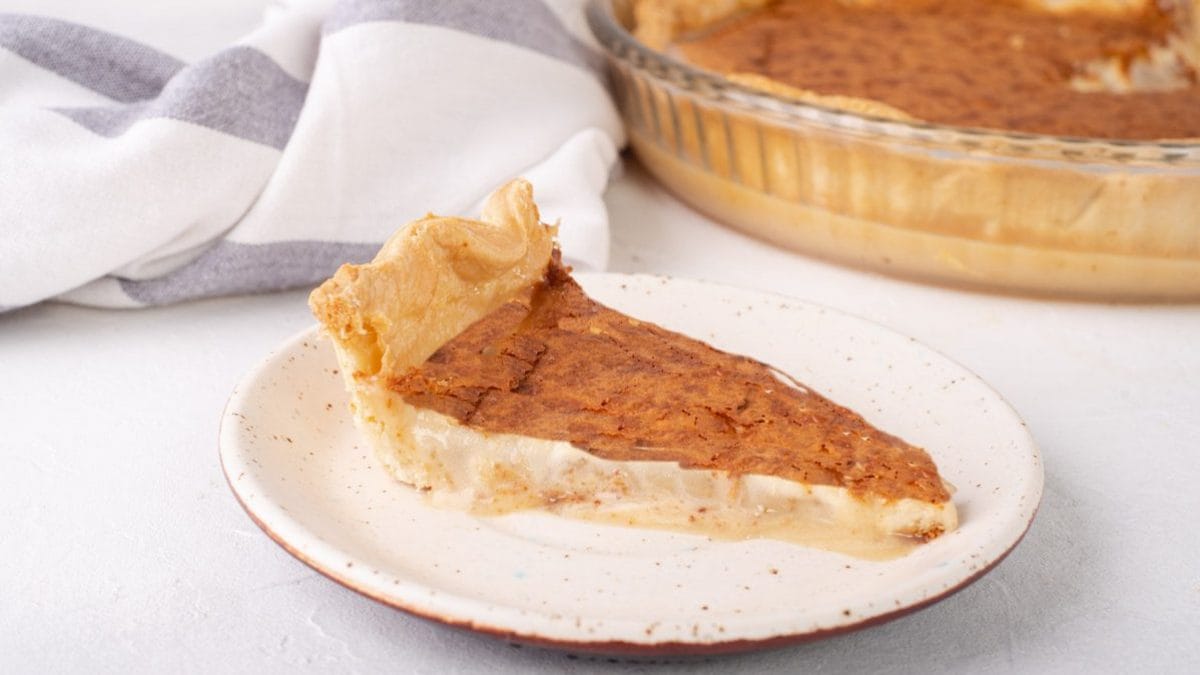