This easy-to-make recipe for Rosemary Roasted Potatoes results in potatoes that are perfectly crisp on the outside and tender and creamy on the inside. The key is oven-baking potatoes on a baking sheet with plenty of seasoning for flavorful potatoes that your family will not be able to get enough of! This well-rounded recipe offers roasted rosemary potatoes in two ways.

You’ll cook half in rosemary and garlic-infused oil in a large skillet on the stovetop. The other half goes into the oven on a large baking sheet for an extra-crisp outside. All you need to do is sample both and decide which you love more.

How to make Rosemary Roasted Potatoes

First, prepare your potatoes by slicing them in half width-wise on a cutting board.

Bring a large pot of well-salted water to a bare simmer. Add the potatoes and simmer, uncovered for 10 minutes. Use a strainer or a slotted spoon to transfer the potatoes to a large mixing bowl. Let the potatoes cool.

Drizzle the oil over the potatoes in the bowl and season with salt, pepper and chili powder.

Heat the rosemary-infused oil in the now-empty skillet over medium heat. Add the potatoes and cook, stirring, until crisp. Serve sprinkled with fresh minced cilantro.

For Oven-Baked Roasted Potatoes, spread the seasoned potatoes out on a baking sheet. Roast in a  200ºC (392ºF) for 60 minutes, until crisp on the outside and creamy and soft on the inside.

At what temperature to cook Rosemary Roasted Potatoes

To roast rosemary potatoes in the oven, use high heat. For ultra-crispness, preheat your oven to 200ºC (392ºF). The potatoes should take about 60 minutes at this temperature. Stir halfway through to ensure even cooking.

How to Reheat Rosemary Roasted Potatoes

These potatoes, like most crispy things, are best eaten hot. If you end up with leftovers, it’s easy to reheat roasted potatoes. Simply heat your oven to 450°F and arrange the potatoes on a baking sheet, as directed in the recipe. Roast in the oven until crisp and heated through. Whatever you do, do not reheat potatoes in a microwave, which is a guaranteed way to turn your potatoes soggy and limp.

Boil the potatoes for a few minutes before roasting, so you can be sure that they will become crispy on the outside and soft on the inside.

To keep roasted potatoes crispy, turn them over halfway through cooking and don't leave them in the oven for too long, but take the potatoes out when they are cooked to perfection, otherwise they may get burned.

You can customize this recipe as you want by adding carrots, garlic or cheese.

What to serve with Rosemary Roasted Potatoes

This recipe goes with nearly any entree. It’s especially delicious with meat dishes like whole roast chicken, pork chops, and steak. Or, keep things vegetarian and serve crispy rosemary potatoes with cauliflower steaks for an entree. To add a touch of bright flavor to each bite, serve your roasted potatoes with sweet ketchup, marinara sauce, honey mustard or herb dipping sauce such as homemade pesto.

How to store Rosemary Roasted Potatoes

You can store rosemary roasted potatoes in the refrigerator for up to 5 days, closed in an airtight container.

Can you freeze Rosemary Roasted Potatoes?

Yes! You can freeze roasted potatoes. Just place them in freezer containers and store for up to 4 months. 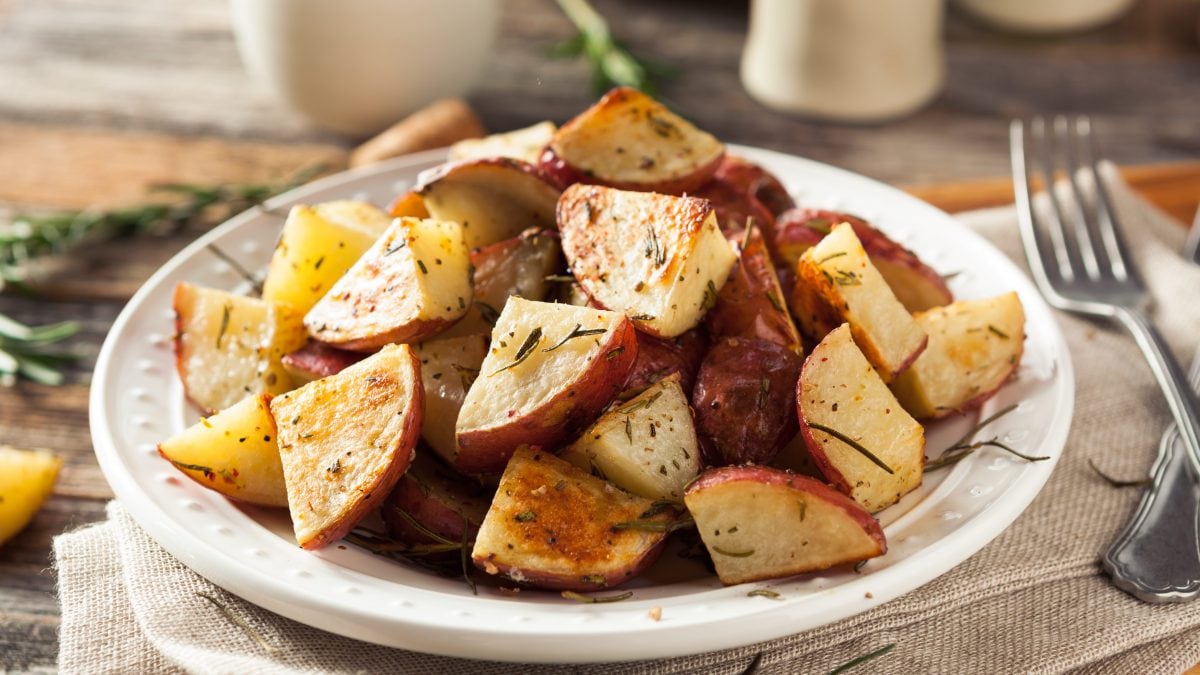 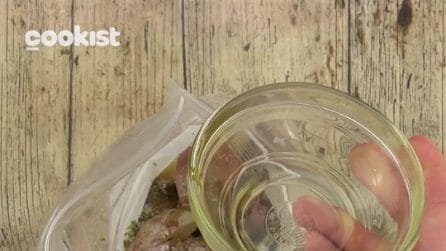 Roasted potatoes and garlic: the recipe that will surprise you!
Views
12.891