Sicilian Cannoli: The Original Recipe To Make Cannoli At Home Step by Step

Sicilian cannoli are the most famous pastries of Sicilian tradition, along with the cassata. Preparing them by yourself at home is not so much difficult, you just need a few ingredients for classic cannoli recipe and soon you will feel in Sicily. A delightful pleasure which blends on the palate the crunchiness of the shell with the creaminess of ricotta cheese, and that can be combined with a good Passito wine from Pantelleria.

How to make authentic cannoli step by step

Put flour, salt, cocoa, egg and lard in a bowl,

blend everything and add Marsala wine.

Knead until you obtain a smooth and compact dough. Wrap it with a film and let it rest for at least 30 minutes.

After the thirty minutes have passed, stretch the dough very thin (3mm at most),

cut out some disks

and wrap them around a small steel cylinder overlapping the dough ends.

Heat up the oil and fry the shells for a few seconds.

To make the filling, blend ricotta cheese with sugar, cinnamon and dark chocolate drops in a bowl.

After, helping yourself with a pastry bag or a teaspoon, fill the cannoli with the ricotta cheese cream you have obtained.

The decoration of the cannoli varies according to the place they are prepared; it can be a simple sprinkle of powdered sugar, or you can put some pistachio grain and/or some candied fruit over the ricotta cheese cream.

The most used ricotta cheese for Sicilian cannoli is the sheep one, but there are also some variants that use cow ricotta. It is not recommended to use a moist ricotta cheese and there are no perfect ways to thicken an excessively liquid ricotta cream. So I recommend to let the ricotta cheese dribble for at least one day, using a colander.

How to Obtain a Crunchy Shell

There are two secrets to obtain a crunchy shell: the first one is to fill the cannoli just before eating them, because the ricotta cheese moisture does not help with this; the second one is to stretch the dough very thin, in order to facilitate the formation of the typical crunchy bubbles!

Cannoli must be absolutely fried, according to tradition. But they can be also baked in the oven, if you wish.

Why do the cannoli open up?

In order to avoid that the shell of the cannoli open up during frying, you must use some egg white to solder the two ends of the dough without forgetting to employ some pressure.

How to store cannoli

The history of Sicilian cannoli oscillates between the sacred and the profane: some people think they were created to honor the performance of a sultan with his wives, some others think they were created during a Carnival by some inspired nuns caught by repressed desires. The origins of Sicilian cannoli are undefined, because the sources are varied and most often confusing. What we can say for sure, however, is that the name is more likely to come from the “canna” (small cylinder) around which the dough was wrapped before being fried, and that Arab domination has certainly much influenced the version we know today in the same way as it happened with the cassata. 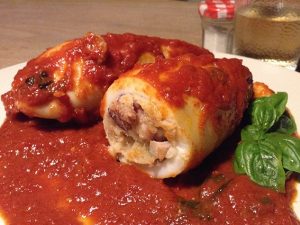 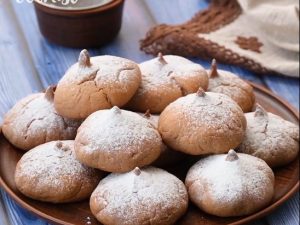 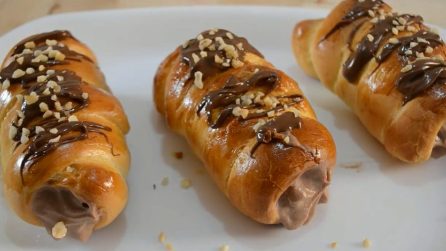 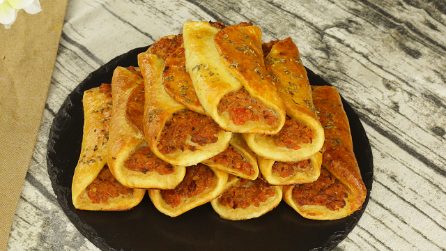 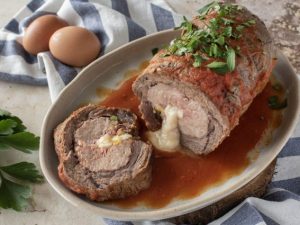 Easy 2h
Falsomagro: the recipe for a rich and delicious roast typical of Sicilian cuisine
119 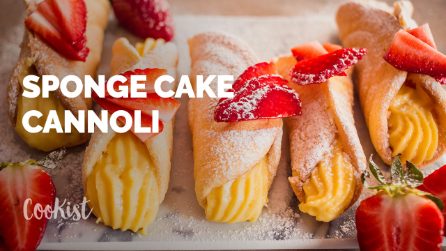