Soy milk has many important properties: it helps to prevent cancer and it reduces bad cholesterol, it also does not contain lactose and has very few fats. Let’s discover the healthy properties and side effects of this vegetable milk.
Healthy food hacks
by Cookist

Soy milk has many important properties: it helps to prevent cancer and it reduces bad cholesterol, it also does not contain lactose and has very few fats. Let’s discover the healthy properties and side effects of this vegetable milk.

Soy milk is also called vegetable milk and it is prepared from the seeds of yellow soybeans that are left to macerate a whole night in a quantity of water equal to six times their weight. The liquid obtained is boiled for about 20 minutes before being filtered.

Soy milk contains vitamin A, B, E and vitamin K and also isoflavones (vegetal hormones), it is cholesterol-free and low-fat, in addition to being a food suitable for people who suffer from celiac disease as it contains no gluten. It provides a fairly balanced protein intake, even if a little lower than that of animal origin, and it contains important amino acids, including lysine, useful for the absorption of vitamins by our organism.

Soy milk and cancer: does it have anti-cancer properties?

Many studies have been carried out in Asian countries, where soy consumption is higher and where there has been a lower incidence of breast, colon and prostate cancer. This is thanks to isoflavones, phytoestrogens that provide a function similar to that of estrogen, being able to protect some tissues from the onset of tumors. These substances in soybeans would be able not only to prevent but above all to avoid the risk of cancer relapse.

About breast cancer, the issue is more controversial: the Shanghai Breast Cancer Survival Study has carried out an important study that lasted almost 10 years and involved over 5,000 Chinese women. The study found that women who routinely ate soy had about 30% less risk of relapse and mortality than those who did not eat it regularly. But these benefits are limited to soy-based foods, while, from a recent study by the Memorial Sloane Kettering Cancer Center in New York that involved 140 women half of whom took soy supplements, it emerged that in the group taking soy-protein supplements, the number of genes associated with cell proliferation in tumors was greater. So it is good to take in soy and its derivatives that seem to reduce the risk of relapse, while it is better to avoid taking soy-based supplements, especially during post-cancer breast treatment.

How to consume soy milk

Soy milk can be consumed naturally both cold and hot. Those who prefer can sweeten it with sugar or aromatize it by adding mustard or cinnamon seeds. Soy milk is also used to prepare desserts, biscuits, crepes but also in the preparation of puddings, vegetal yogurt and smoothies. Natural soy milk is excellent for the preparation of cream, béchamel or mayonnaise, as well as being the basis for preparing tofu.

Soy milk contains oxalates, so it is contraindicated for those suffering from kidney stones.

Those who take thyroid medications should avoid consumption of soy milk because some proteins could interfere with the absorption of drugs. Soy milk also contains goitrogens that can reduce thyroid function.

Soy milk does not contain calcium, D and B12 vitamin, elements that, if they are missing, can create deficiencies. For this reason, especially women in menopause must choose soy milk enriched with these important elements.

The consumption of soy milk is not recommended for those allergic to nickel and in general for allergic subjects.

Soy milk can also cause digestive problems: episodes of diarrhea, flatulence and stomach pains may occur.

Soy milk contains phytic acid, which can reduce the intake of iron and zinc in our organism and, in part, also calcium and magnesium. For this reason, it is preferable to avoid drinking soy milk during main meals if we do not want to decrease the contribution of these important nutrients.

Phytoestrogens may cause negative effects on the colon and the liver.

Soy milk should be avoided when you are suffering from candida albicans because it increases the acidity of the organism.

Isoflavones, beyond certain levels, reduce fertility in both women and men. Furthermore, consumption of soy milk by children is not recommended, as isoflavones can impair sexual development and fertility in adults.

Soy milk is not suitable for newborns because it contains aluminum that could damage the nervous system and kidneys, also the absence of cholesterol can be harmful to the newborn because it is necessary for the development of the brain and the walls of the intestine. Finally, the absence of lactose could compromise brain development. 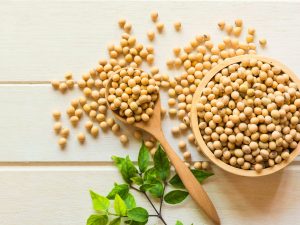 The properties of soy
3 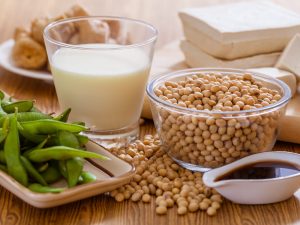 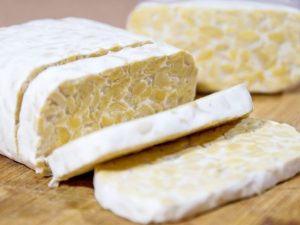 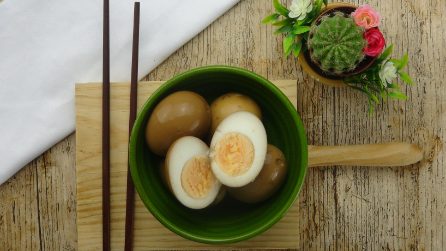 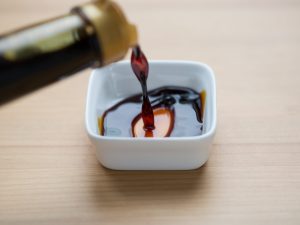 Using coconut aminos as a healthy substitute to soy sauce
1 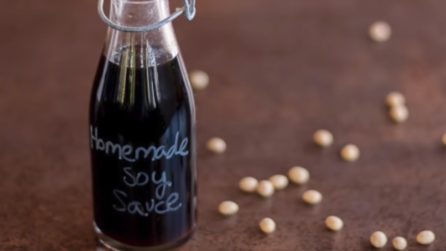