Spaghetti squash: the recipe for a tasty and very original side dish

The spaghetti squash is a decidedly particular variety of squash, certainly the most curious, but also one of the least known; of South American origin, once cooked it forms real vegetable spaghetti that can be tasted alone with a drizzle of oil and a pinch of salt, or seasoned with one of the classic sauces and eaten as if they were a real dish of pasta. Light in color, tending to yellow-ivory, and with an oval and compact shape, spaghetti squash has a delicate and neutral flavor, with an aftertaste reminiscent of that of walnuts; rich in folic acid, potassium, vitamin A, vitamin C and carotene, spaghetti squash is a truly precious vegetable, a real super food. In our recipe, the squash filaments are seasoned with diced speck and grated parmesan cheese, baked in the oven and finally served as a light, tasty and well gratinéed side dish. A recipe that will amaze your guests, simple and quick to prepare; find out how with all the instructions explained step by step, for a truly impeccable final result.

How to prepare spaghetti squash

Wash, dry and cut the spaghetti squash in half following the horizontal direction (1).

Empty the squash of seeds and internal filaments with the help of a spoon (2).

Place each half upside down in a baking tray, lined with parchment paper (3), and then bake in a static oven at 190 degrees C for 40-50 minutes until, piercing it with a toothpick, the peel will be soft. Remove then the two parts of spaghetti squash from the oven and let them cool.

Turn the spaghetti squash halves and, scraping them with the prongs of a fork, make the spaghetti, taking care to reach the peel of the vegetable (4).

Remove the spaghetti squash from the oven, flavor with a little chopped parsley and serve (6).

How to store spaghetti squash

The spaghetti squash can be preserved in the refrigerator, closed in a special airtight container, for a maximum of 1-2 days. At the moment of eating, heat it in the oven or in the microwave oven. 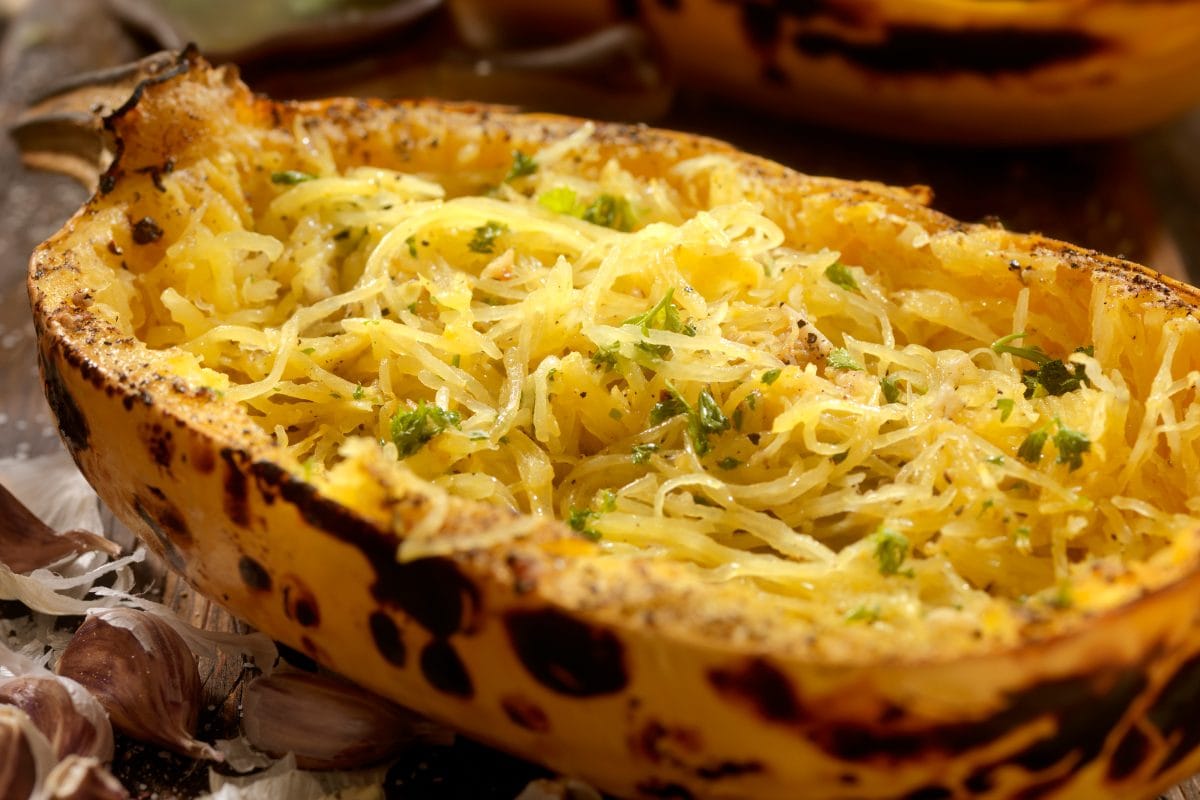 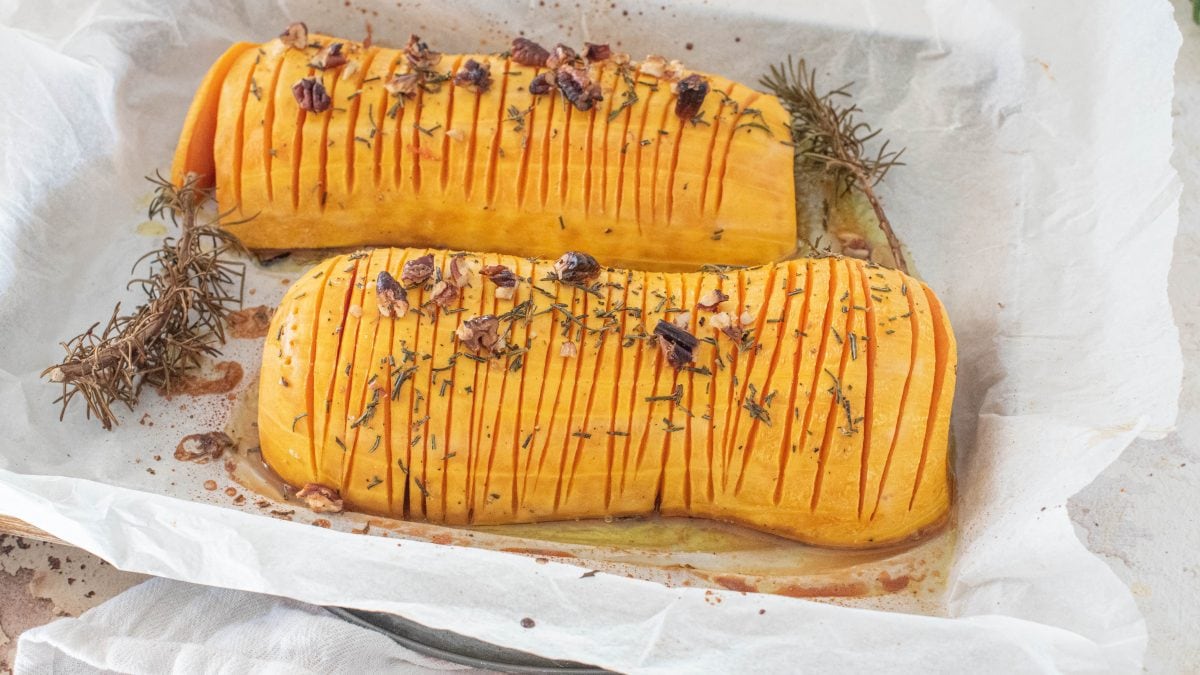 7 ingredients or less Hasselback Butternut Squash: the recipe for an original and delicious side dish
Low
45 Min 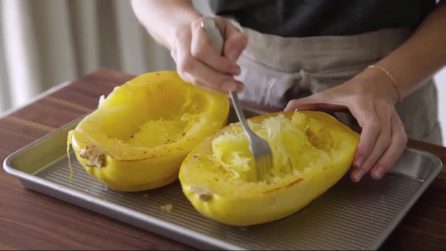 How to make spaghetti squash: the perfect recipe for Halloween
Views
2.972
Add a comment!