Stop Putting Eggshells Back In The Carton! Here’s Why

It’s a common practice to break eggs and conveniently return the shells back to the carton, sometimes to be tossed away later. However, it is not just a bad habit often seen in the kitchen, but it also puts you and your loved ones in danger. According to food safety experts, eggshells can harbor harmful germs and cause cross-contamination.

When bacteria that cause harm moves from one surface to another, cross-contamination happens, making it a bacteria point. Food poisoning is the one common harmful result that occurs due to the contamination of cooked meals with raw food and kitchen tools that have been infected with bacteria.

As instructed by the Egg Safety Centre, returning used eggshells to the carton where the fresh eggs are, raises the level of risk of getting infected with bacteria from hands to kitchen cookware, to the atmosphere, as a bacterium called Salmonella can lie both inside and outside the eggs, infecting the fresh eggs. Fresh egg whites and egg shells have Salmonella, commonly known for causing food poisoning.

Therefore, throwing out the eggshells into the dustbin is the best thing to do if you do care about your health; and if you can not toss them immediately after breaking them, toss them into the kitchen sink so they can be washed and then put on the kitchen counter — a surface that can be easily disinfected.

read more
Put soils in the eggs: how to recycle eggshells

If you wish to use the eggshells later as a DIY scouring powder, it is advisable to wash the eggshells, dry them out in the air, and then tie them up in polythene nylon.

Another Similar Note From The Egg Safety Centre

Another bad habit is reusing egg cartons to get supplies for the next. Even if you do not use the cartons to place used eggshells, they still potentially carry harmful bacteria because they can not be washed so thoroughly.

The Egg Safety Center advises that empty and used egg cartons be tossed away instead of being used, as bacteria from the eggs can be extended, increasing the risk of bacterial infections since the usual egg cartons can not be cleaned well.

Plastic and paper egg packs can be recycled — most of them are made from materials that have been recycled. If you have a compost box, paper egg packs and eggshells can be composted.

If we are truthful to ourselves, this bad habit is quite common with almost every kitchen user, so it is very easy to fall for it, even after reading this piece. So, let us start with the eggshells you have already kept in the fridge or the egg carton; throw them away instead of encouraging the potential harm to regenerate and cause more infected bacteria surfaces.

Clean out your fridge or the surfaces where you cleaned out the eggshells, and learn to cultivate the habit of never leaving empty eggshells in cartons or fridge pockets where fresh eggs are kept. 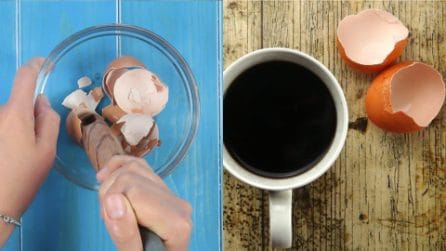 How to recycle eggshells in a genius way!
Views
10.596 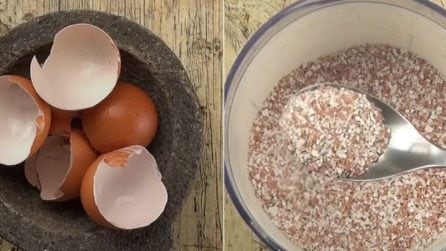 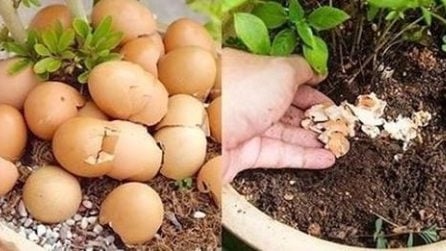