Stuffed Pumpkin, a spectacular centerpiece on your fall table

This completely meat-and-dairy-free dish makes a spectacular centerpiece on your fall table. Wild rice, juicy apple, fennel bulb and seeds, as well as garlic and fresh parsley mixed with a kick of chili is piled into a roasted, hollowed-out pumpkin. The luscious jewel colors of pomegranate seeds sprinkled over the top with a tahini dressing provide the finishing touches.

This dish is alive with so many flavors and textures, and using the pumpkin as a serving bowl is not only creative – it saves you a bit of extra washing up!

Heat oven to 400F/180C fan/gas mark 6. Carefully cut the top off the pumpkin or squash, and use a spoon to scoop out the seeds and stringy bits. 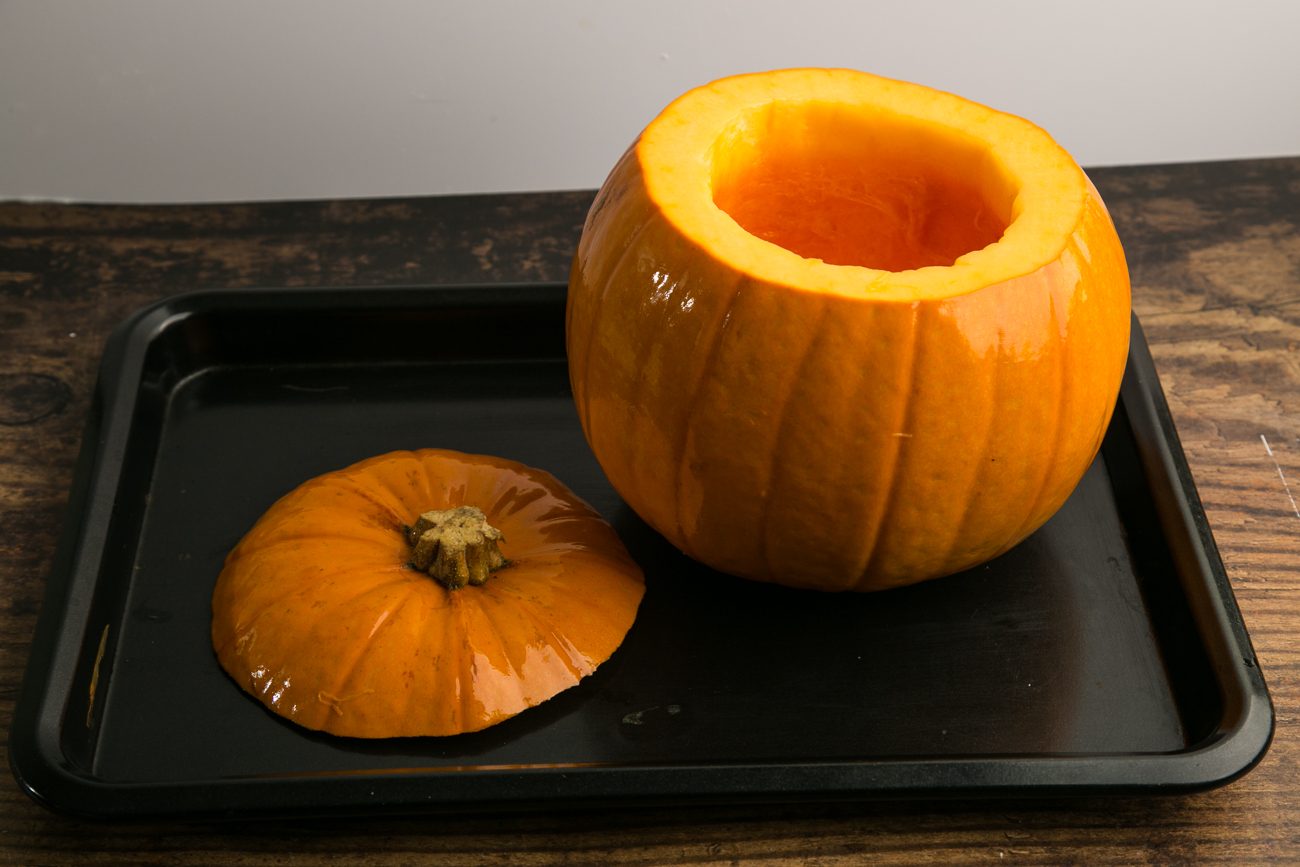 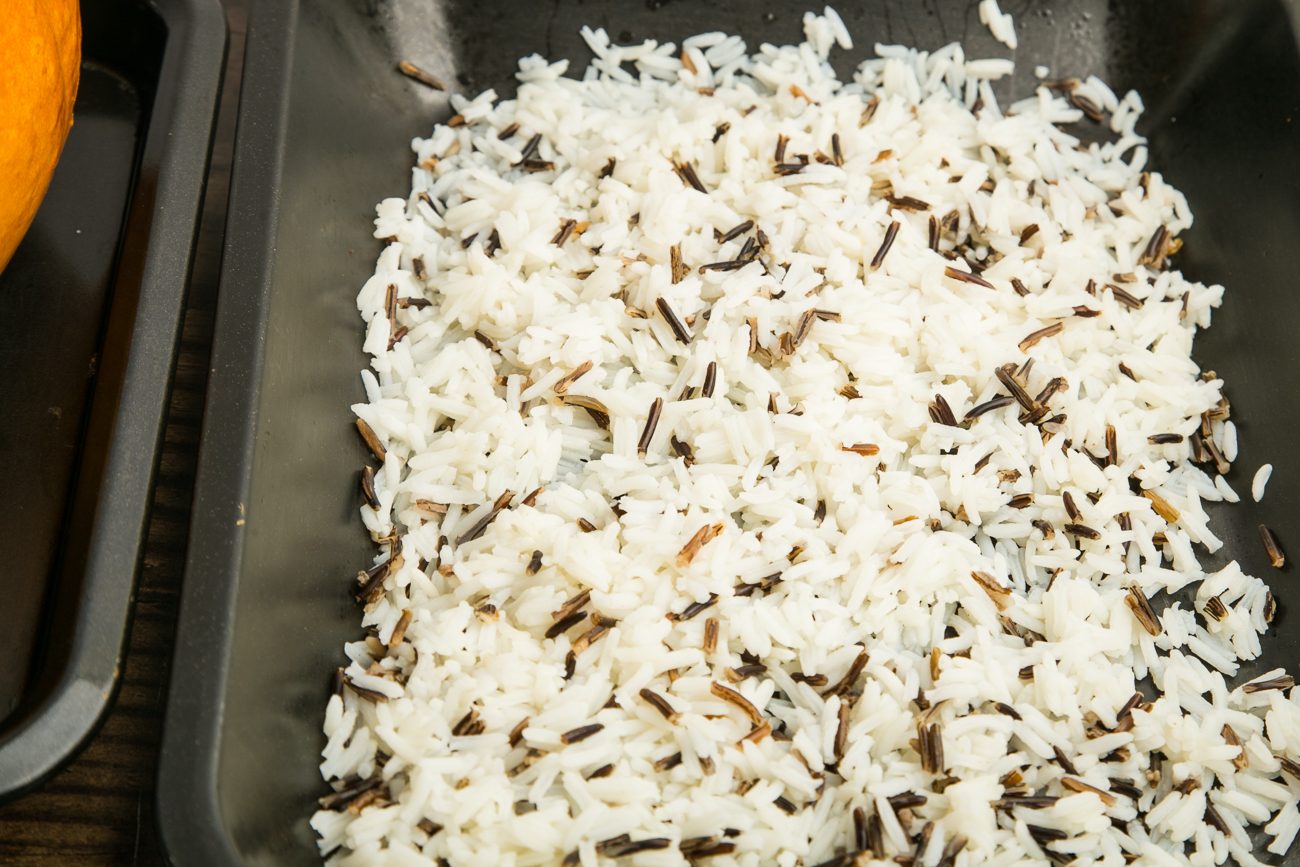 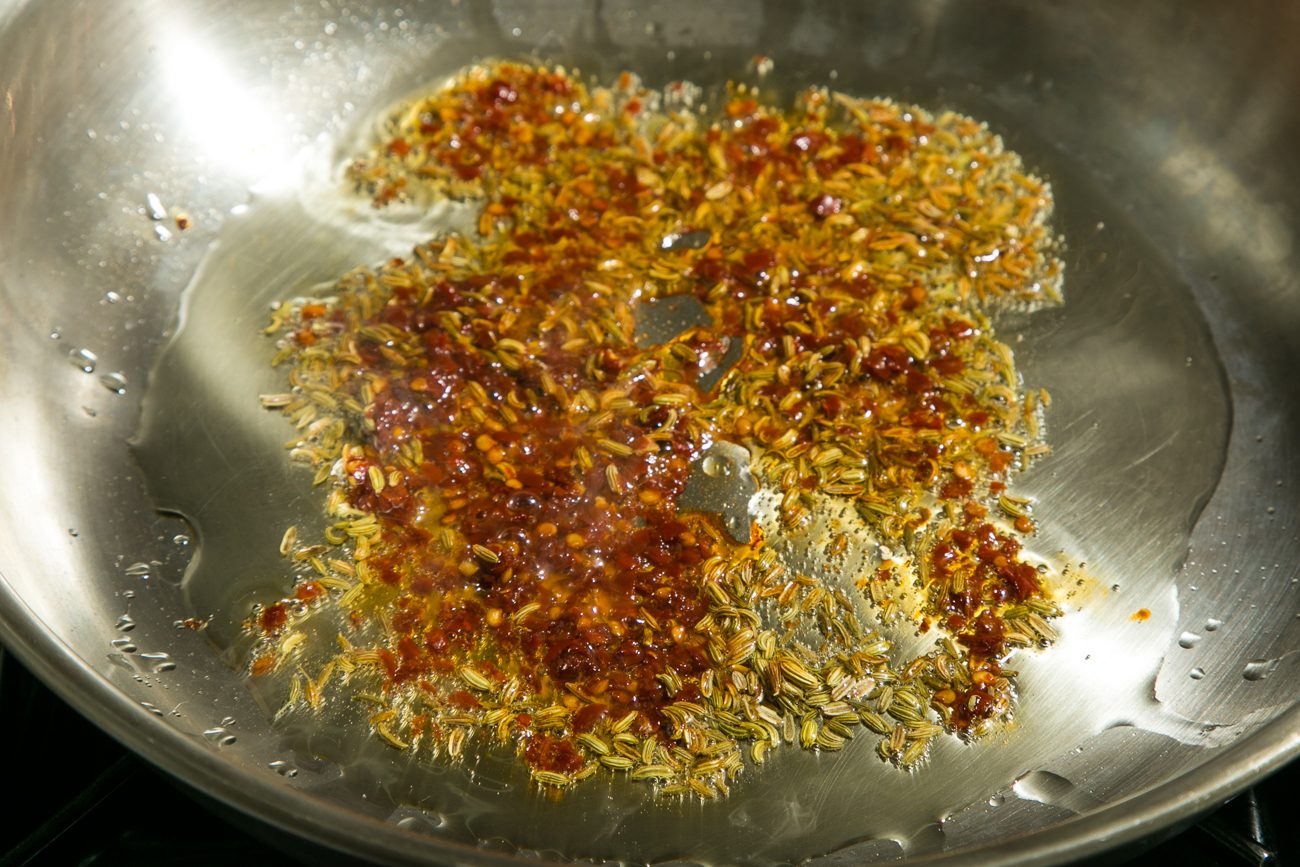 Put the pumpkin on a baking tray, and rub with 2 tbsp of the oil both inside and out, and season well.

Don’t forget to oil the pumpkin lid as well. Roast both parts in the centre of the oven for 45 mins, or until tender. Remove from the oven and put aside (don’t turn the oven off yet!) 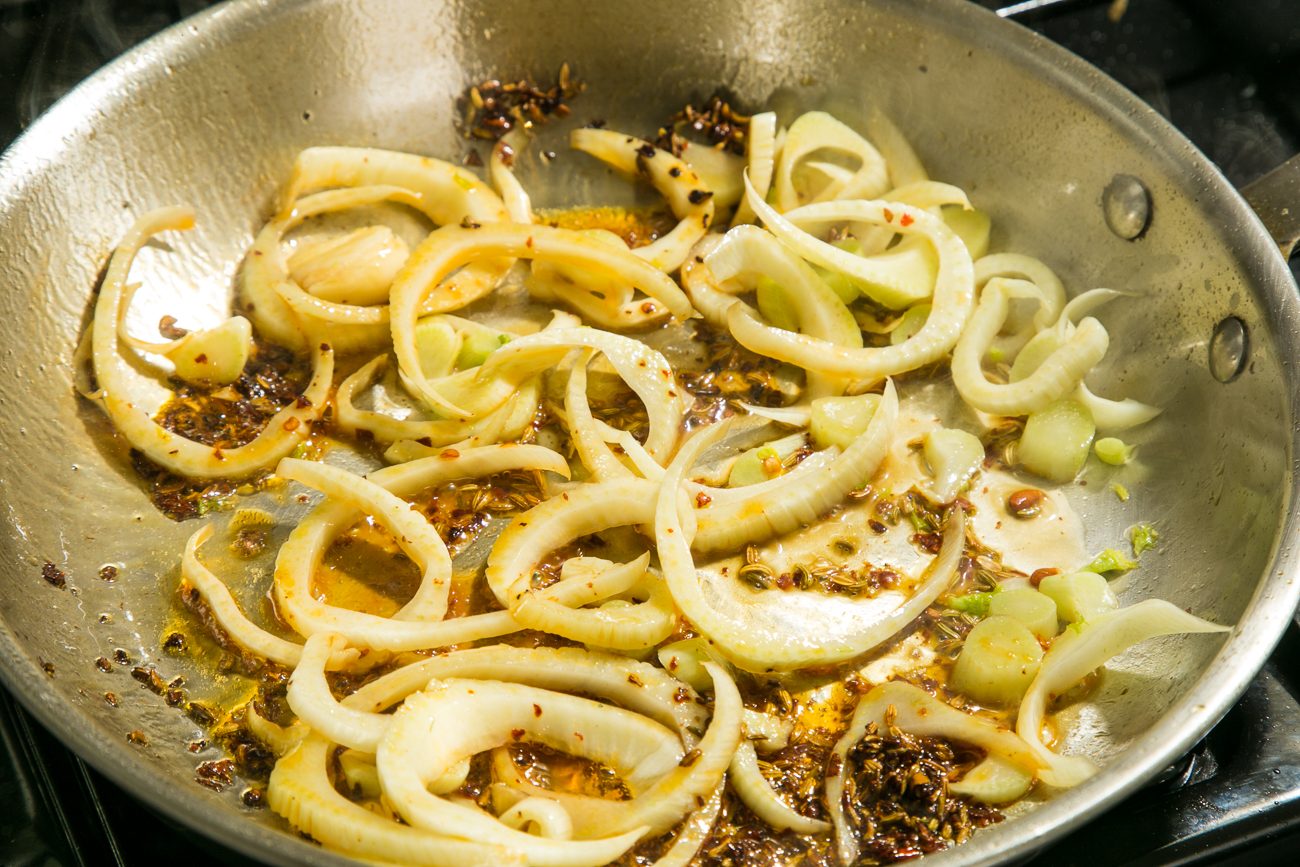 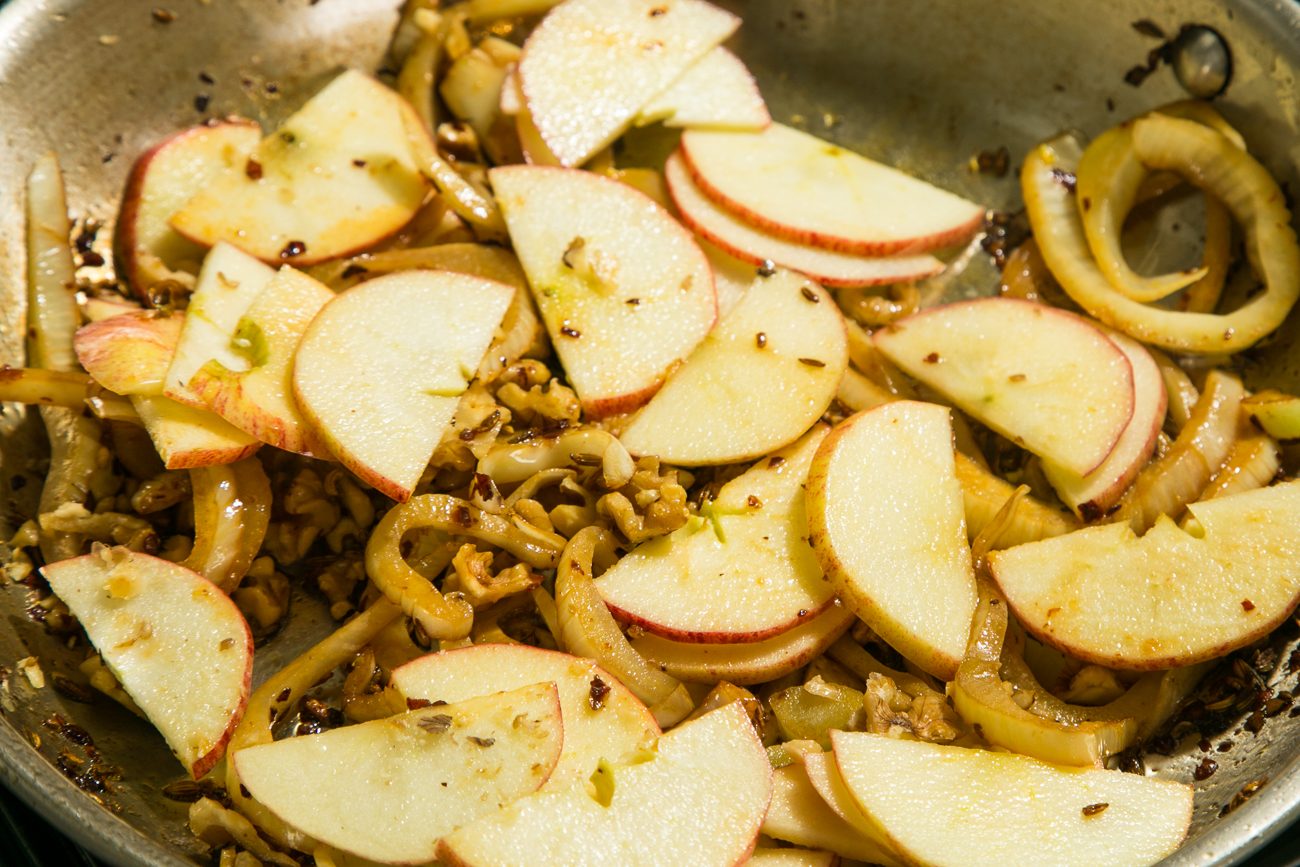 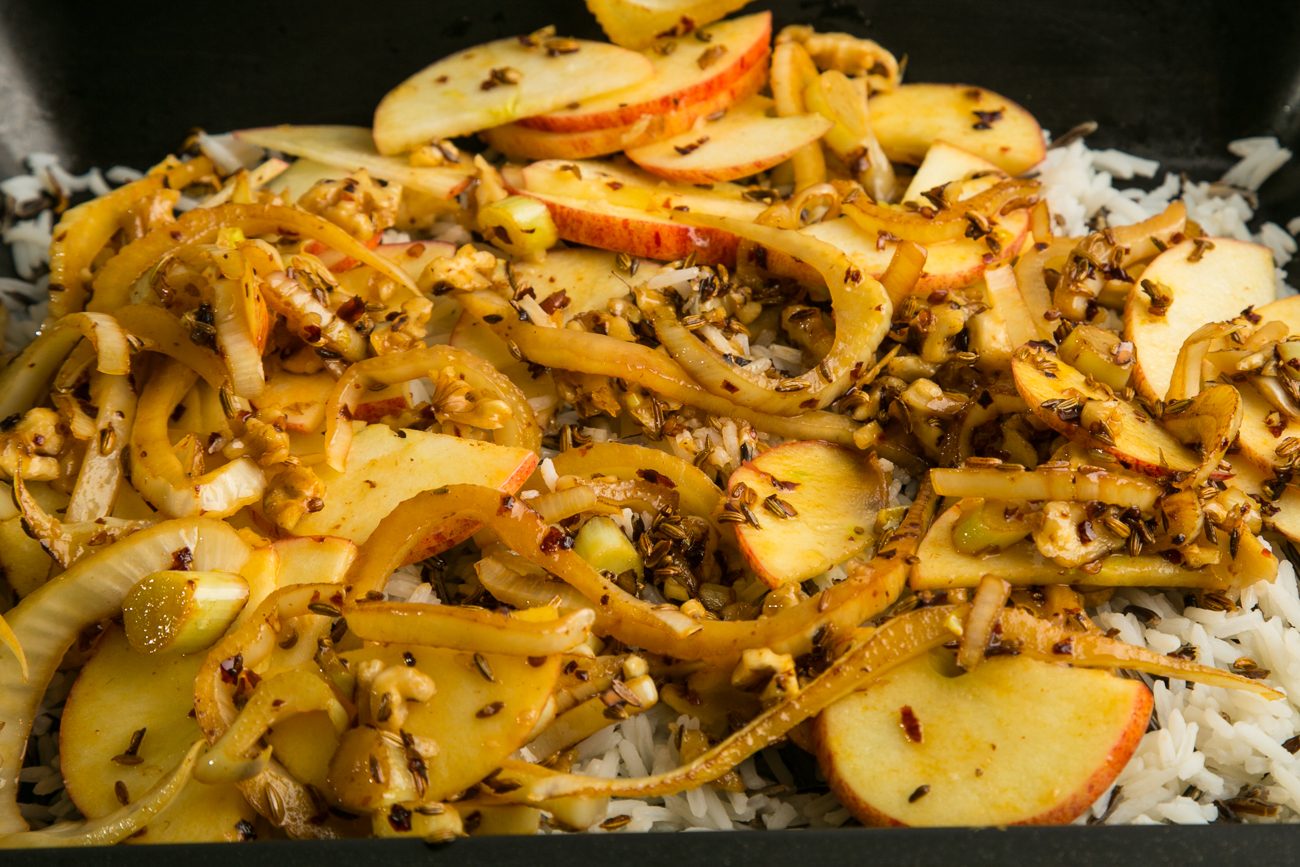 Meanwhile, rinse the wild (or mixed) rice well, and cook following pack instructions. Spread out in a thin layer on a baking tray to cool quickly.

Thinly slice the fennel bulb and apple, and put them in separate dishes. Squeeze ½ the lemon juice over the fennel and apple to stop them going brown. 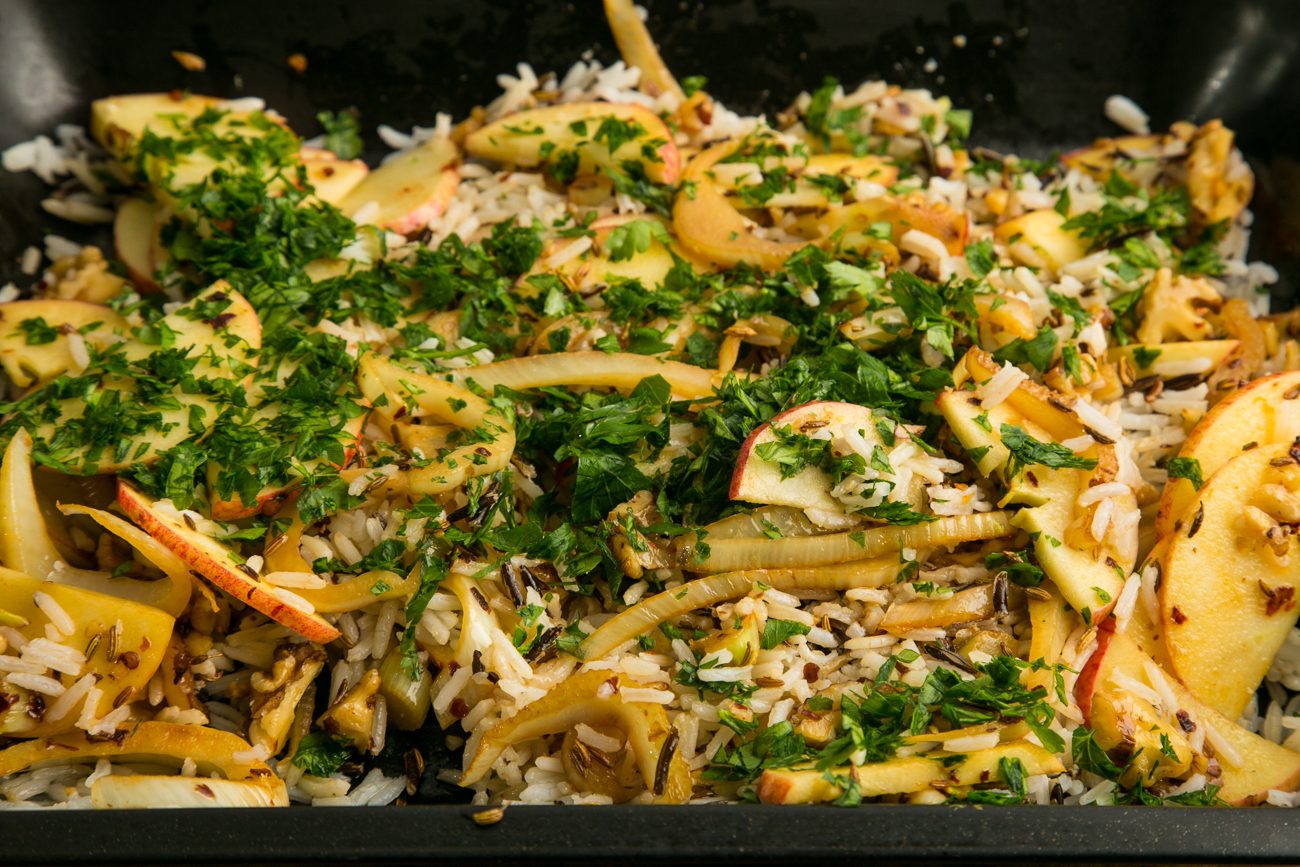 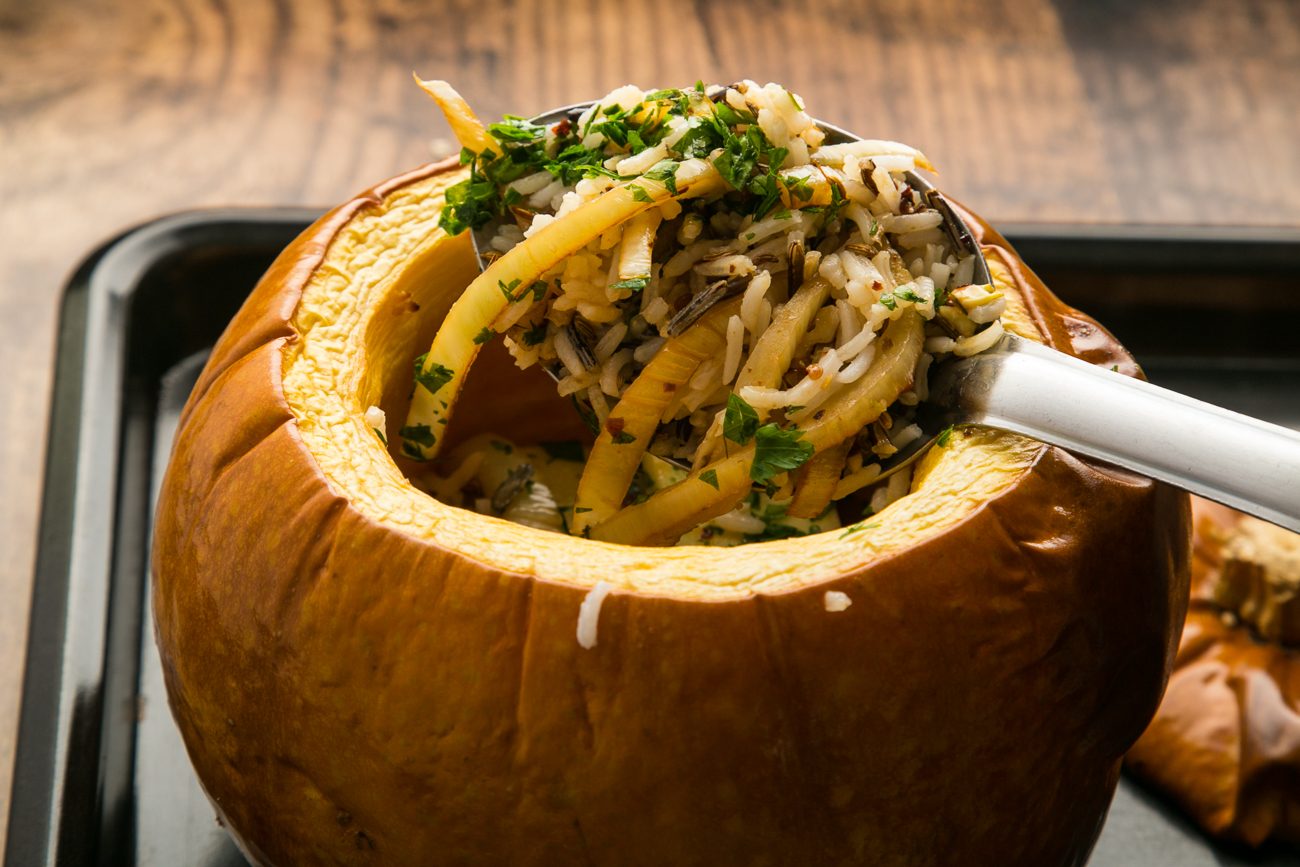 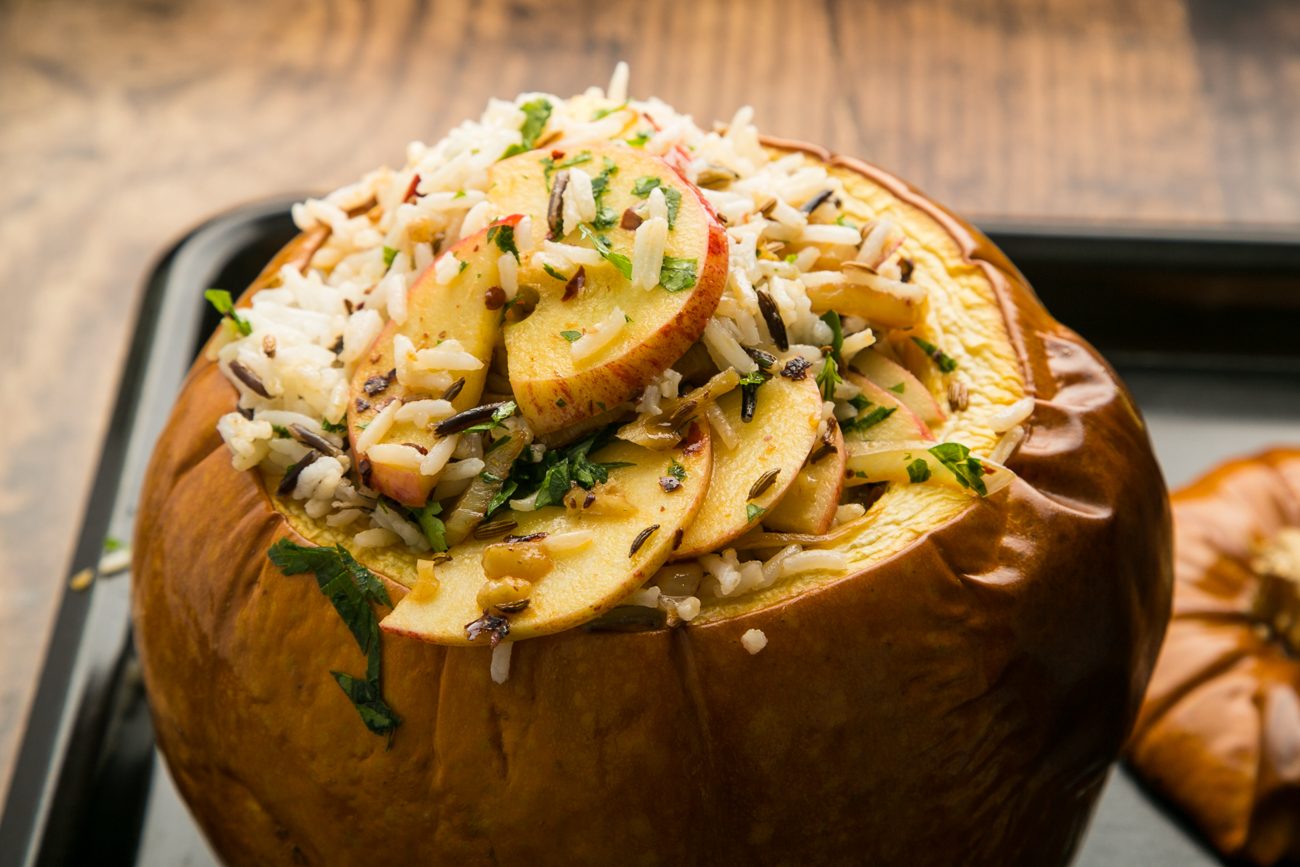 Heat the remaining 2 tbsp oil in a frying pan. Fry the fennel seeds with the chilli flakes, then, once the seeds begin to pop, stir in ½ the garlic and the fennel slices.

Cook for 5 mins until the fennel has softened, then mix through the apple, pecans, and lemon zest. 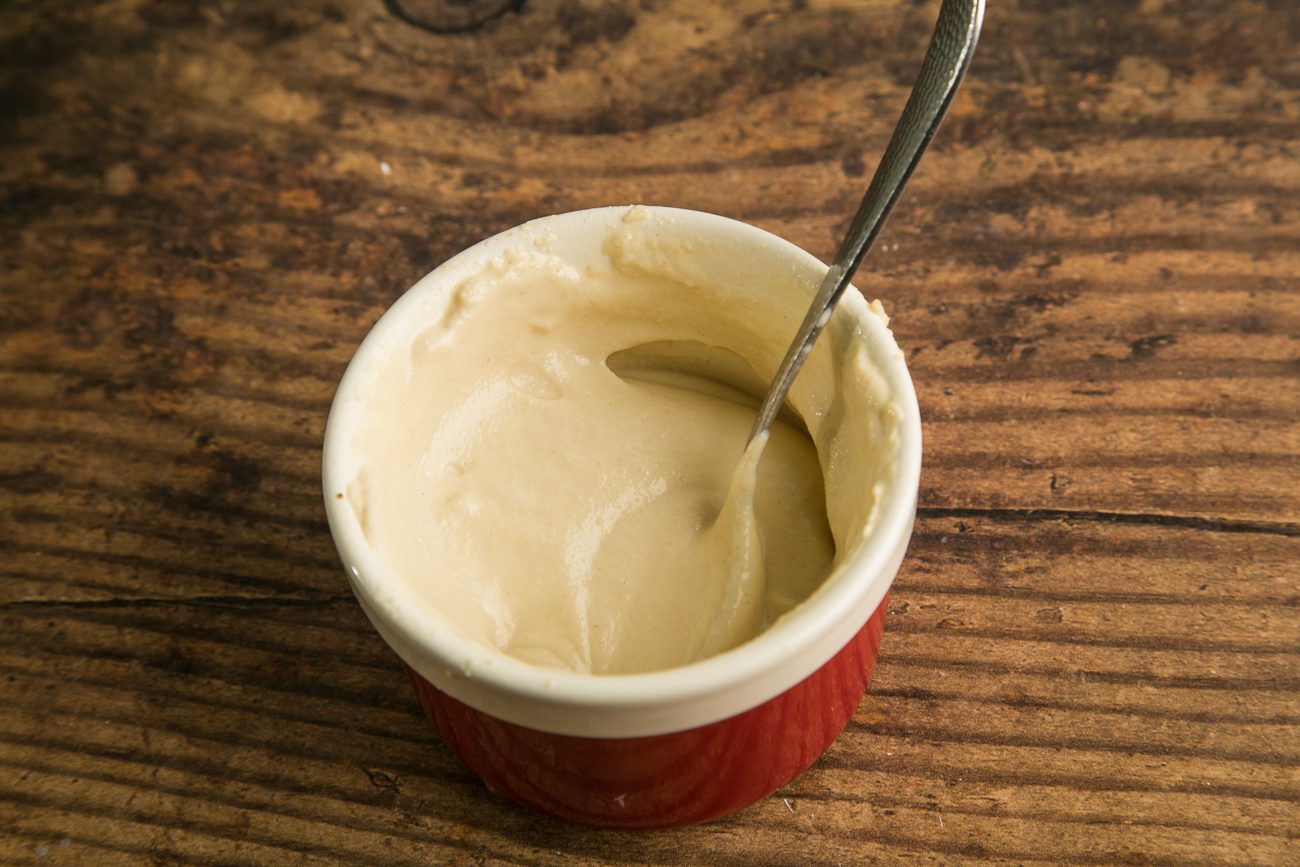 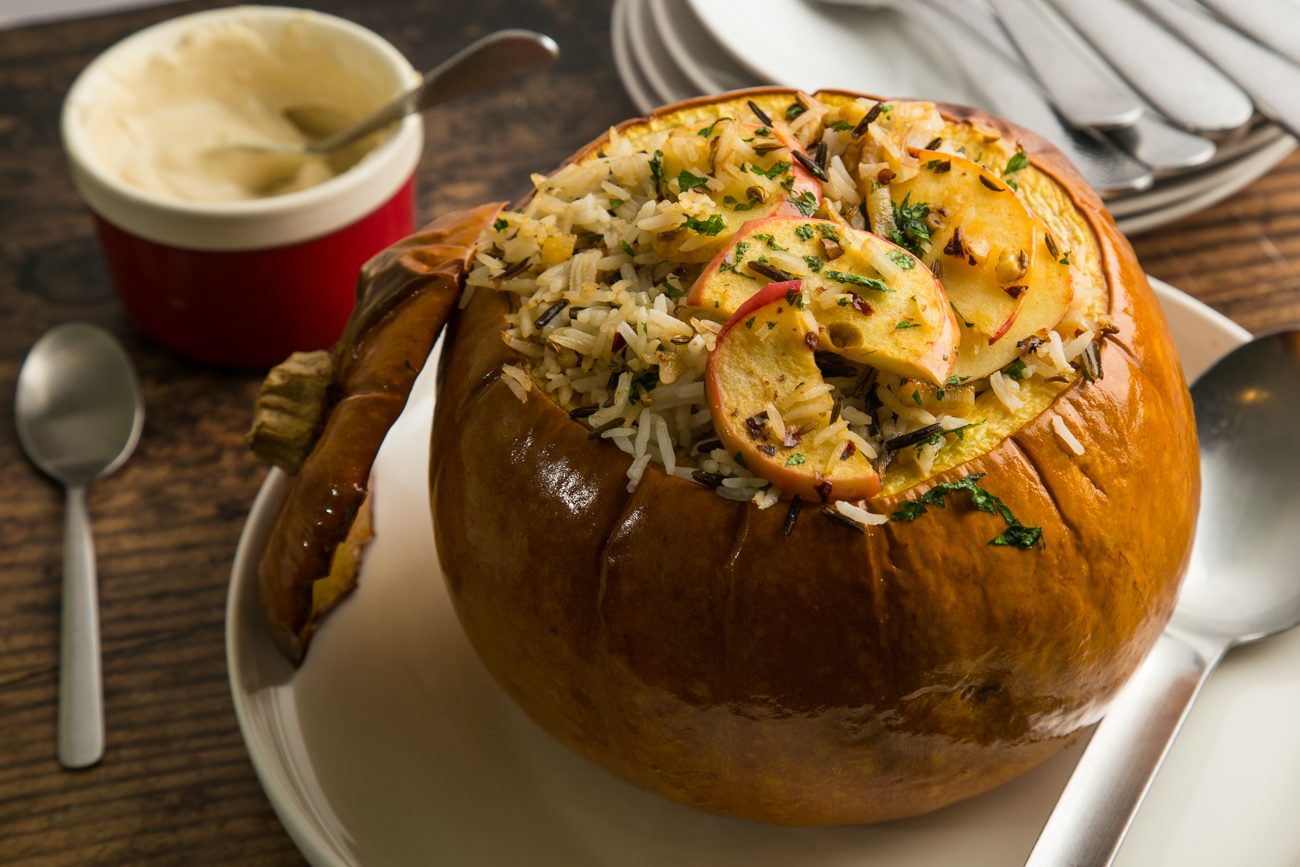 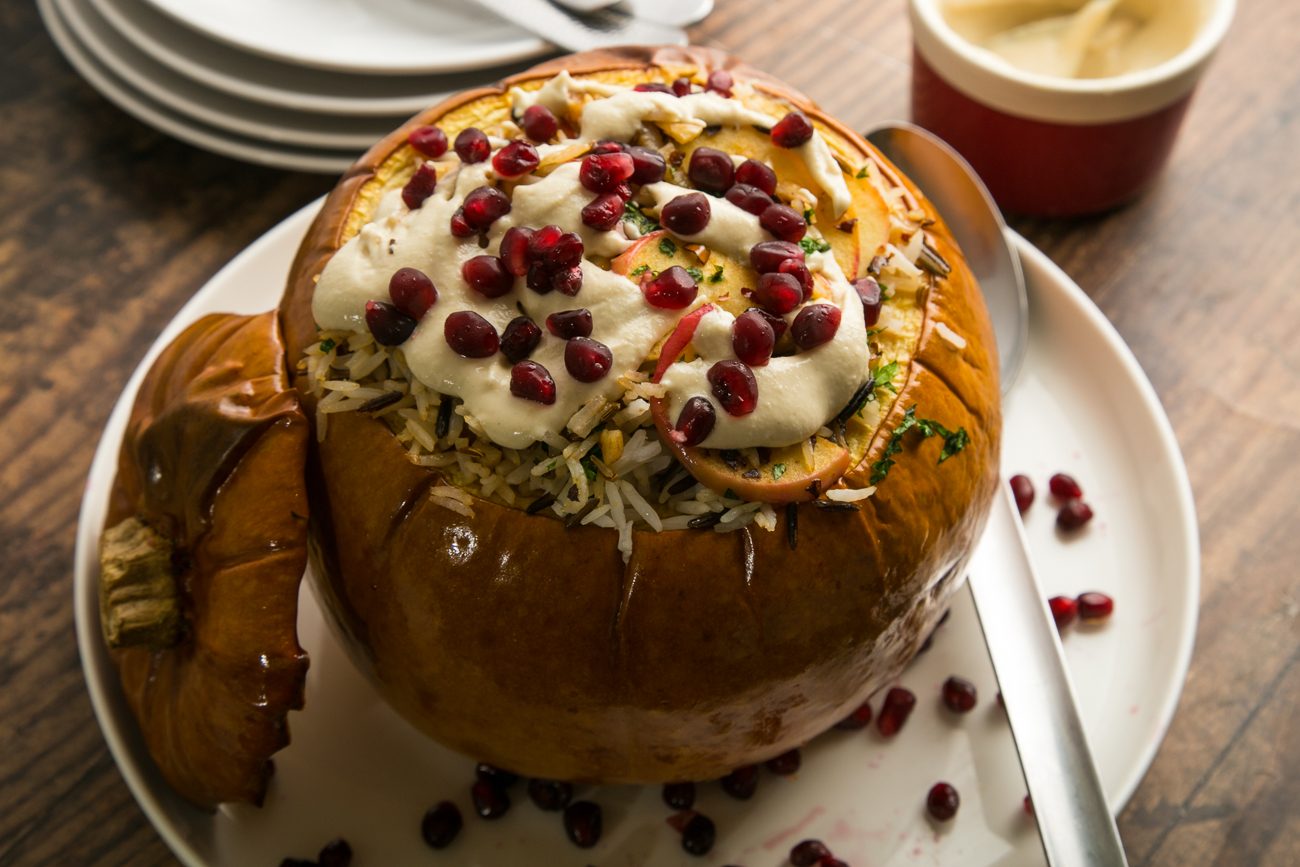 Remove the pan from the heat, and add the mixture to the cooled, cooked rice. Stir in the chopped parsley and taste for seasoning.

Pack the mixture into the cooked pumpkin and return to the oven for 10-15 mins until everything is heated through.

While that’s cooking, whisk the remaining lemon juice with the tahini, the rest of the garlic and add enough water to make a dressing.

Carefully remove the stuffed pumpkin from the oven – it will be heavy as well as hot! Serve the pumpkin on a dish in the middle of the table, topped with pomegranate seeds and the tahini dressing. 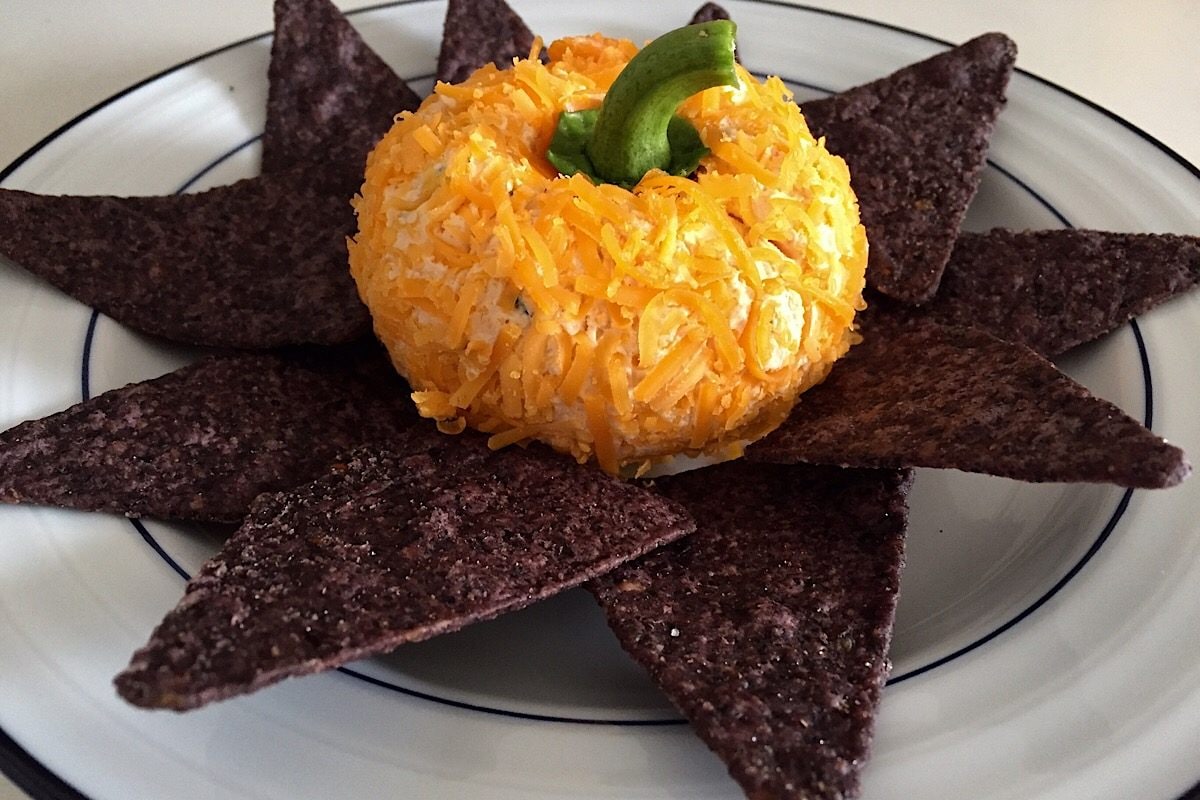 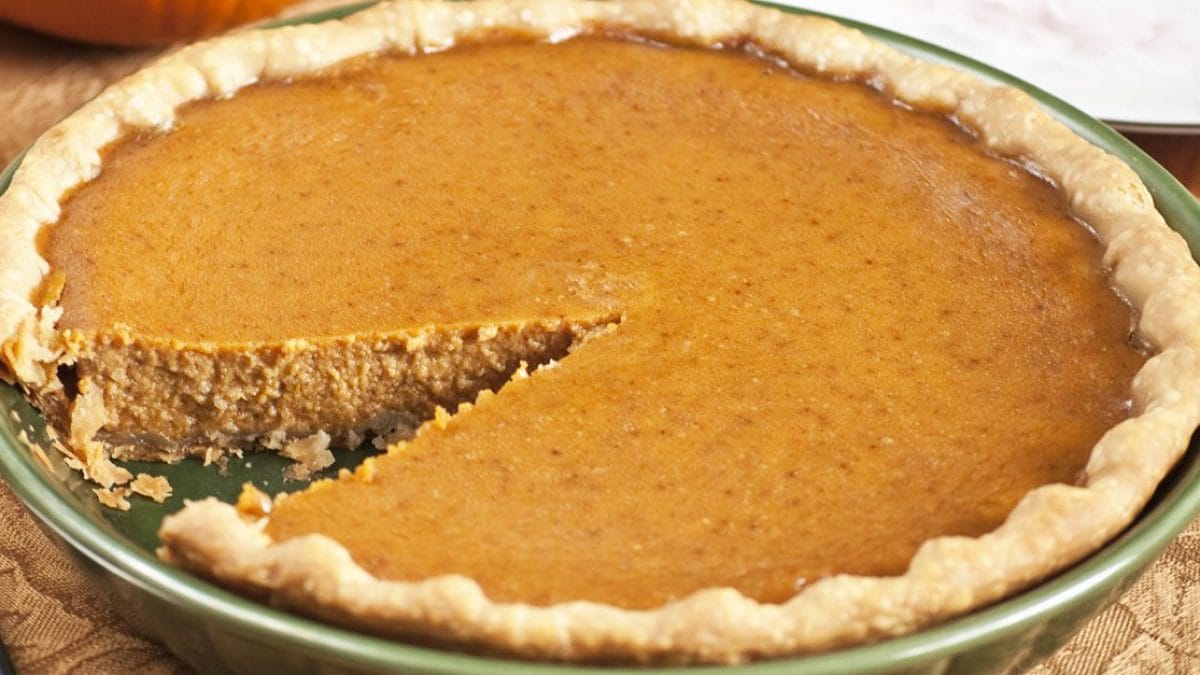 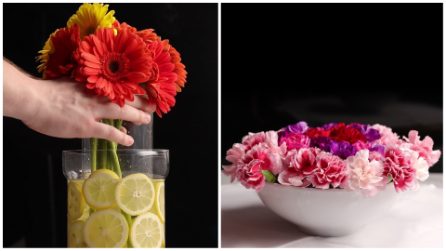