Tourtière is a classic Quebecois recipe for a delicious meat pie. It's a popular dish to serve on Christmas and New Year's Eve. Also known as pork pie or meat pie, tourtière is a tasty savory pie made from ground meat, usually pork and beef, onions, potatoes, and spices like cloves, nutmeg, garlic, and cinnamon, wrapped in a flaky pie crust.

Tourtière is a fantastic dish and a perfect hearty comfort meal you can serve up for a French Canadian-style holiday dinner. There are many different versions of tourtière, with many families having their own version they make and serve up during the holidays.

This delicious dish dates back to when the French first settled in Quebec in the 1700s and is a version of cipaille, a dish that contained meat and potatoes. French Canadian meat pie is a delicious, comforting dish that your family is sure to love.

Tourtière gets its wonderful flavors from the array of ingredients that goes into it.

The filling is made from a mixture of ground pork and beef (although some versions are made exclusively from pork) that has been seasoned with poultry seasoning, nutmeg, cinnamon, cloves, salt, and pepper.

Mashed potato and sauteed onions and garlic also help add flavor and a hearty texture to the pie.

The pastry is made from flour, butter or lard, and ice-cold water – this helps keep the pastry perfectly flaky and delicious.

How to Make Tourtière

Making tourtière is super easy, especially if you've made a pie before – including dessert pies! Start with the pastry. Chop the butter or lard into the flour until the mixture becomes coarse. Add in one tablespoon of ice-cold water at a time until a dough starts to form, then shape it into a ball. Roll it out into a disc then wrap it in cling film and refrigerate the dough.

Next up, put the potatoes in a pot with water. Boil them for 12 minutes, or until the potatoes are tender. Keep some of the potato water and set it to the side. Drain and mash the potatoes.

Now it's time to saute the onions and garlic. Once soft, stir in the beef and pork and saute them until cooked through. Pour off the fat, then stir in the spices and potato water. Cook the mixture on a gentle simmer for 10 minutes. Turn off the heat and stir in the mashed potatoes. Set aside to cool.

Cut the dough in half and roll it into two discs. Put one in a pie pan, then add in the meat filling. Layer the second disc of dough over the filling then brush it with an egg wash. Don't forget to cut a few small slits into the pie to let the steam out!

Bake the pie at 400F for 30 to 35 minutes or until golden brown. Take the pie out of the oven and leave it for 10 minutes before cutting and serving.

What to Serve with French Canadian Meat Pie

Traditionally, tourtière is served with roasted vegetables like carrots, beets, or Brussels sprouts, pickled vegetables, cranberry sauce, and a side salad.

Mashed potatoes are always a great choice. Relishes, pickles, and chutney are a must with tourtière. You can even serve it with ketchup!

Can You Make Tourtière Ahead of Time?

Absolutely! You can prepare and assemble the pie up to a few days in advance.

Making the filling ahead will also give the flavors time to merge, making a more flavorful, delicious pie. When you're ready to bake it, simply follow the instructions outlined below.

Tips for the Best Tourtière

Make sure all the ingredients for the pie pastry are chilled. This will make your pastry ultra-flaky.

Russet or Yukon Gold potatoes are the best options for this recipe.

You can simplify your cooking by picking up a short-crust pastry or puff pastry from the supermarket instead of making it from scratch.

To avoid a soggy crust, make sure your pie filling isn't too hot when you fill the pie.

Use high-quality beef and pork. You'll taste the difference!

Let the pie cool then cover it in cling film or foil and place it in the fridge. Enjoy within three to 4 days.

Can You Freeze Tourtière?

Absolutely! Let the meat filling cool, then transfer it to a freezer-safe container and freeze it for up to 4 months.

When you're ready to use it, thaw it overnight in the fridge then put the pie together and bake for 30 to 35 minutes at 400F.

To make the pastry, pour the flour and salt into a bowl. Chop the butter into the flour until it takes on a coarse, crumbly texture.

Mix in one tablespoon of water at a time until a dough forms. Shape the dough into a ball, roll it into a disc, then wrap in cling film. Put the dough in the fridge for at least 30 minutes.

Keep ½ cup of potato water. Drain the rest of the water off the potatoes, then mash them. Set to the side.

Heat oil in a skillet. Saute the onions and garlic for about 3 minutes, until the onions become soft.

Stir in the beef and pork and saute until cooked through and no longer pink. Drain excess fat.

Stir in the spices and potato water, and simmer for 10 minutes, until the water is absorbed.

Turn off the heat and stir in the mashed potatoes. Set aside to cool.

Bake for 30 to 35 minutes or until golden brown. Take the pie out of the oven and leave it for 10 minutes before cutting and serving.

You can use lard instead of butter to make the pastry if you prefer. It will make your pie crust even more delicious. 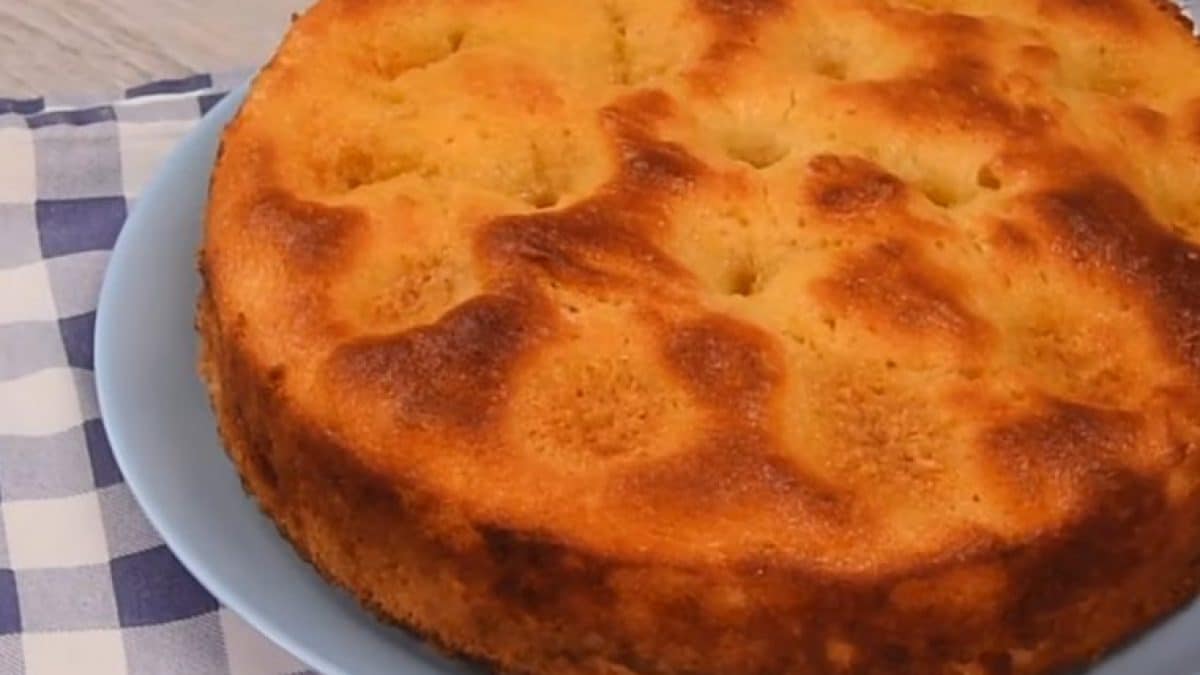 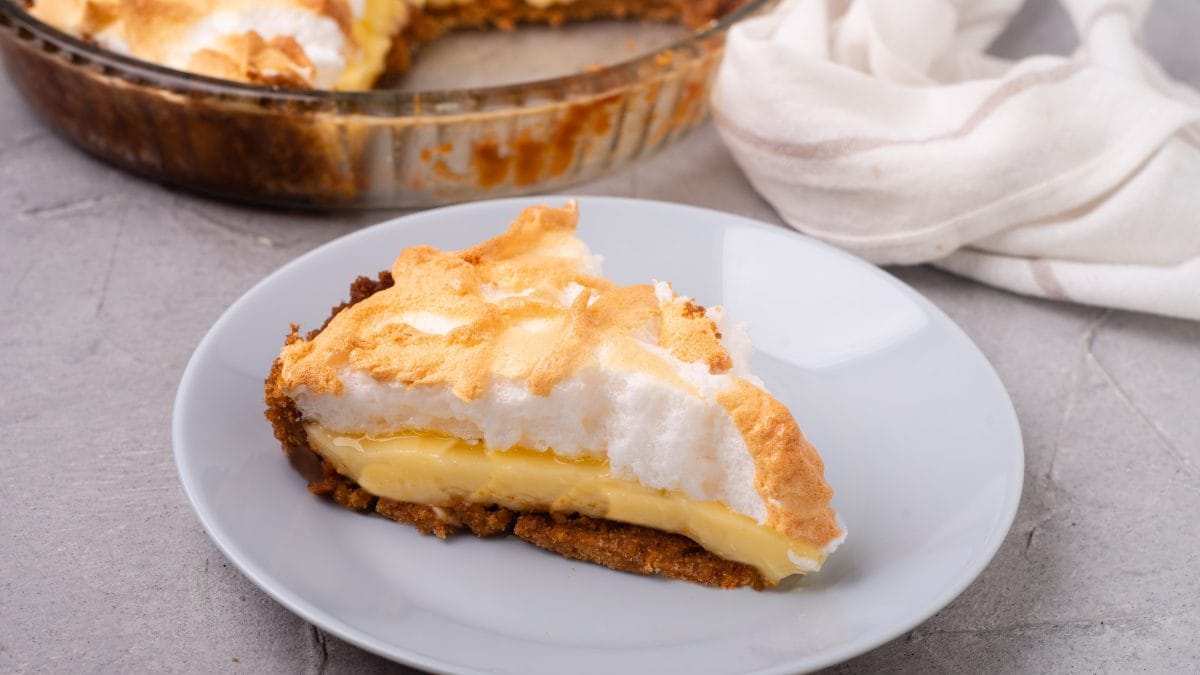 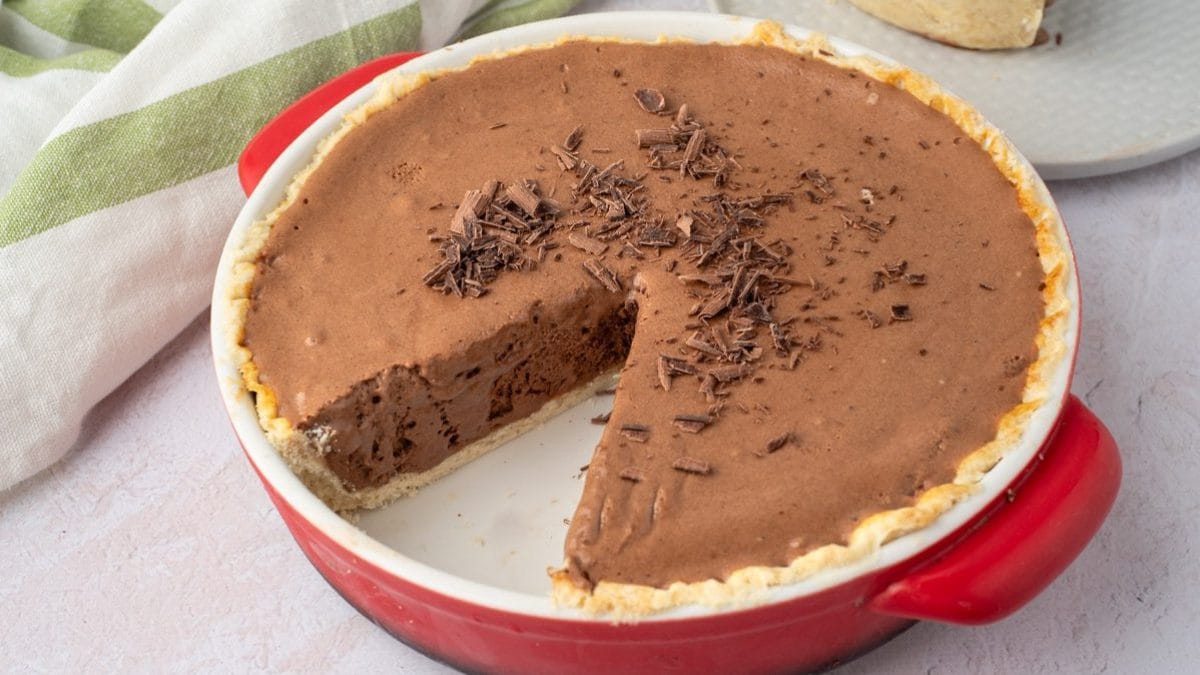