Tartare is a healthy, high in protein recipe based on chopped raw meat or fish, seasoned with a citrus fruit and flavored with spices and sauces. Perfect for a special occasion, this tuna tartare is very colorful and flavorful.

Far from being complex, it is a very easy, no-bake appetizer recipe that can be made in advance, what more can you ask for? This tuna tartare is made up of a layer of chopped avocado and a top layer of raw tuna chunks. It is also flavored with a juicy sesame ginger sauce.

It is very good looking and is usually served on toast or as a canapé as tuna tartare is low-carb. Because the main ingredient is raw it must be fresh and of good quality for the dish to look as it deserves.

This healthy tuna tartare is made in just a few minutes, but it involves a couple of steps that make the recipe a little longer. The tuna, even if it is fresh, should be frozen at home between 24 and 48 hours to be eaten safely. On the other hand, although you can enjoy this dish as soon as you make it, the next day it is even more delicious! We assure you that it's worth the wait.

This juicy tuna tartare is a classic and has a marked Asian touch, as the soy sauce and sesame oil aromatize it in an incredible way.

What is Tuna Tartare?

Tuna tartare is a very easy and good looking appetizer recipe you can prepare in advance as it requires no cooking. It is it is made of raw tuna cut into cubes and then marinated to obtain a more intense flavor. The base consists of avocado cubes with lime juice, oil and salt.

It's a great dish you can serve cold for a fancy occasion to impress your guests. Top it with sesame seeds for crunch.

Tuna tartare is a safe recipe to make and eat without risk, as long as you choose the right ingredients.

It is important that the tuna is of the highest quality, so it is best to choose sushi grade tuna with a deep red color and no fishy odors. The tuna will need to be kept cool and on ice until just before starting the recipe.

As well as for other raw fish recipes such as tartare, carpaccio and ceviche, it is important to use an acidic element. The acid triggers a reaction in the proteins, causing them to rearrange as if you had cooked the fish, making the tuna tartare even safer to eat. In this case, lime works perfectly.

Chopped avocado is the perfect base for this recipe.

How to make Tuna Tartare

To make a tuna tartare is easier than you may think. Start by making the tartare. Chop tuna into cubes, then mix the soy sauce, sesame oil, wasabi, ginger and salt into a bow to marinate the tuna. Let it rest for half an hour.

Make the base by cutting avocados into cubes. Place the tuna on the avocado using a mold, top with sesame seeds for crunch and serve.

The tartare is a versatile recipe. You only need a quality raw ingredient (fresh meat or fish), an acid such as lime juice, and your favorite condiments.

You can also add capers to the tartare instead of salt.

For a spicy tuna tartare, add sriracha to the marinade.

You can add small pieces of fruit such as mango, pomegranate, red fruits.

You can swap the avocado base for baked chips, cucumber slices or even rice.

The raw tuna must be fresh and of good quality for the dish to look as it deserves.

When you cut the tuna for the tartare, you can choice the size you like the most. There are those who prefer it as if it were minced meat, or those who enjoy finding well-differentiated cubes. We stay in an intermediate point, chopping it with the knife until making small cubes.

Remember to add little salt because the soy sauce already provides enough, and it will also depend on the type of tuna used, since fresh tuna will need more salt than other dried or salted tuna.

Always taste the tartar before serving it at the table to get the quantities right, especially with the salt and spiciness.

If you don't have a mold, cut the bottom of a tuna can with a can opener and then fill it to avoid cuts.

How to serve Tuna Tartare

You can serve the tuna tartare in the center of the table, and depending on the size of your mold, you can make even mini-tartares, very cute! Another great idea is to serve the tartare in teaspoons for a special event.

This recipe calls for toast, so you should serve a basket with toast in the center, which should be very crunchy. And now, enjoy this delicious, and juicy recipe.

How to store Tuna Tartare

If you have leftover tartare, you can keep it in closed containers in the refrigerator for 2-3 days. We advise you to keep each thing on one side, for example the tuna with its marinade in one container, and the avocado in another. This way the contrast while eating is greater.

Make the tartare. Chop the spring onion very finely and set aside.

Cut the tuna into small cubes.

In a bowl, mix the soy sauce, sesame oil, wasabi to taste, ginger and a pinch of salt.

Add the spring onion and tuna to the bowl, and stir well with the marinade, so that it is completely soaked. Let it rest for at least half an hour.

Cut the avocado into small cubes and put it in another bowl. Sprinkle it on top with the lime juice, a little salt and a tablespoon of olive oil. Stir well.

When the tuna has rested, you can directly plate your tartar.

Get a plating mold, either round or square. Place the mold on the plate in which you are going to serve the tartare, and fill the bottom with a layer of avocado. Ideally it should occupy half or less of the total height. Flatten slightly with a spoon.

Place the tuna on top and flatten it a little bit.

Remove the mold and sprinkle with sesame seeds. Serve and enjoy! 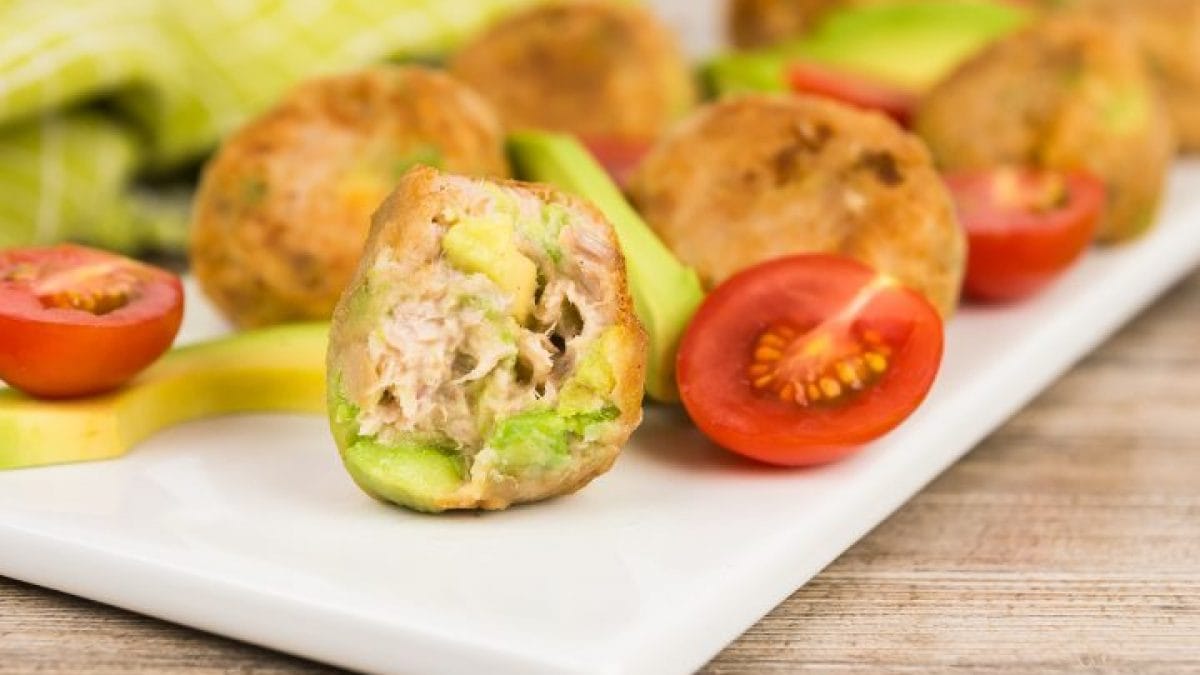 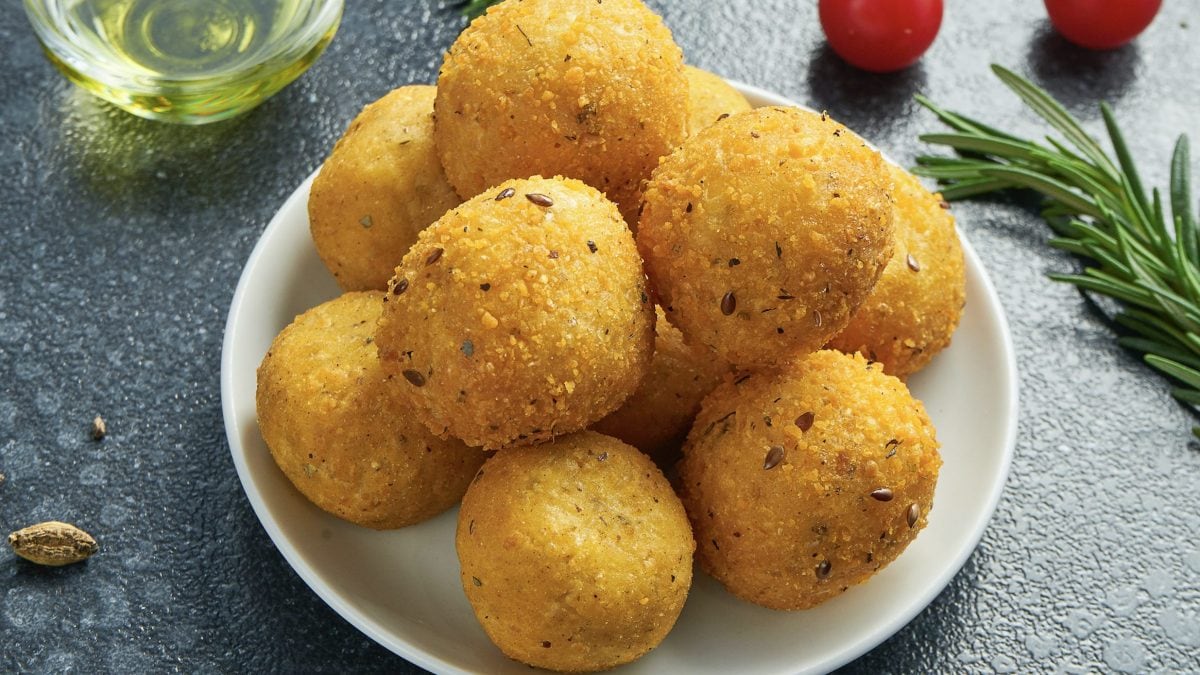 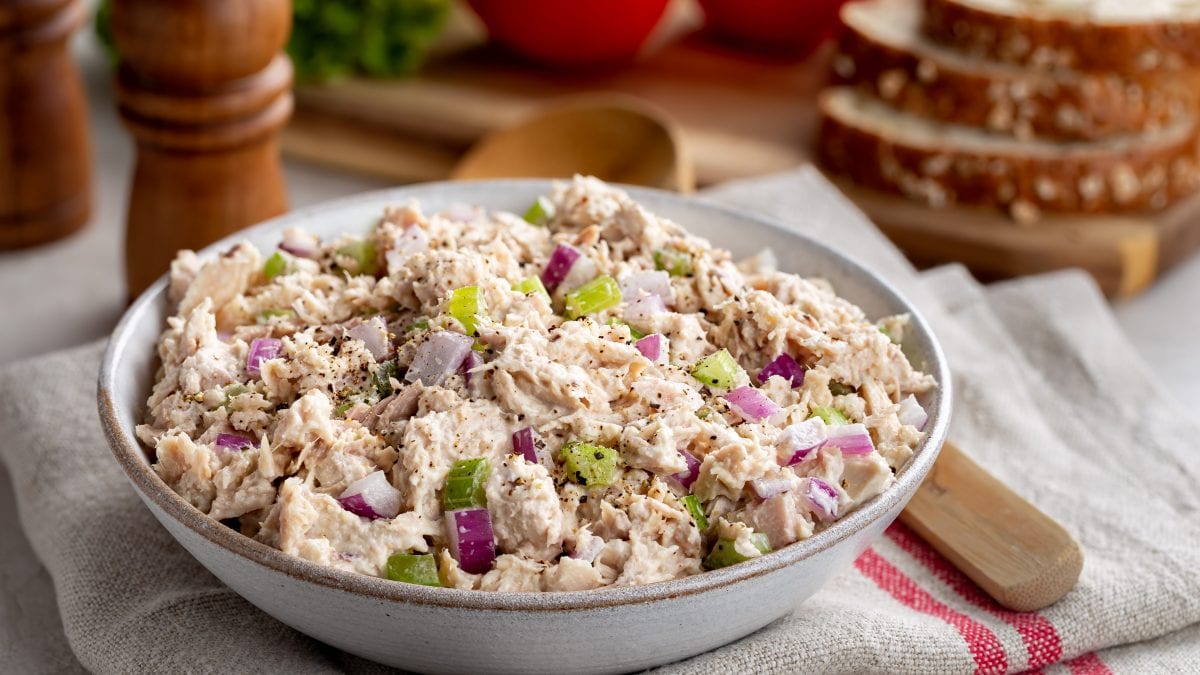