Who doesn't love a freshly cooked batch of homemade waffles for breakfast? Waffles are so easy to make, and you can whip them up in no time. With their beautifully crispy, golden brown outside and light, fluffy inside, waffles are a fantastic breakfast you can make for any occasion.

Made by cooking the sweetened batter in a hot waffle iron which gives the waffles their classic shape and pattern, anyone can make this delicious breakfast dish. For a sweet breakfast treat the whole family will love, serve your mild waffles with fresh fruit, Nutella, maple syrup, and more – it's the topping which adds the flavor.

Believe it or not, waffles have been around for centuries. The ancient Greeks had a similar dish called obelios, which were cooked between hot plates like waffles, and similar items could be found during the Middle Ages. Waffles, as we know them today first, emerged on the scene in the 14th century. Over time, the recipe continued to evolve into the sweet treat we know and love today.

There are many regional variations of the waffle. Belgium is famous for its incredible waffles, which are incredibly fluffy and leavened with yeast. Liege waffles are thicker and sweeter, while American-style waffles are sweeter yet again and thinner than their European cousins. American waffles are leavened with baking powder instead of yeast.

Waffles don't require any special ingredients to make. Odds are, you have everything you need right in your pantry!

Baking powder acts as a leavening agent and will make your waffles puff up as they're cooking.

You'll also want to mix in a dash of vanilla extract for a lovely sweet vanilla flavor.

How to Make Waffles

Absolutely anyone can make waffles, even kids (with adult supervision, of course)! Start by preheating your waffle iron. You want your iron good and hot, so the waffles don't stick. Whisk the dry ingredients in a bowl. In a second bowl, beat the eggs, milk, butter, and vanilla. Beat the wet ingredients into the dry mixture. Let the batter rest for several minutes. This step is essential for fluffy waffles.

Spray the waffle iron with cooking spray. Using a ladle, pour some of the batter into the waffle iron. Close the iron and cook the waffles for a few minutes until golden brown. Serve immediately with syrup, jam, powdered sugar – whatever you fancy!

Can You Make Waffles Without a Waffle Iron?

What to Serve with Waffles

Tips for making the Best Waffles

If your waffles are sticking to the iron, it might be because the waffle iron isn't hot enough. Make sure you let it preheat for several minutes before cooking the waffles.

Don't overmix your batter. Be sure to let it rest before making the waffles.

For healthier waffles, use whole wheat flour instead of AP flour.

For ultra-light, fluffy waffles, separate the egg yolks and whites. Beat the yolks into the batter, then in a separate bowl, beat the whites into stiff peaks. Fold them into the batter and cook the waffles.

Use buttermilk instead of regular milk for a tasty spin on this simple recipe. Your waffles will be even more delicious!

Add spices like cinnamon, nutmeg, or pumpkin spice to your waffles for a sensational warming flavor.

How to Store and Reheat Homemade Waffles

Let your waffles cool down completely. Once cooled, transfer them to an airtight container and place them in the freezer. To reheat, toast them in your toaster. 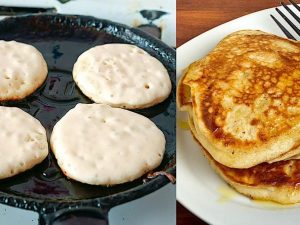 How to Make Waffles

Beat the eggs, milk, butter, and vanilla in a second bowl. Beat the egg mixture into the flour mixture. Let the batter rest for several minutes. 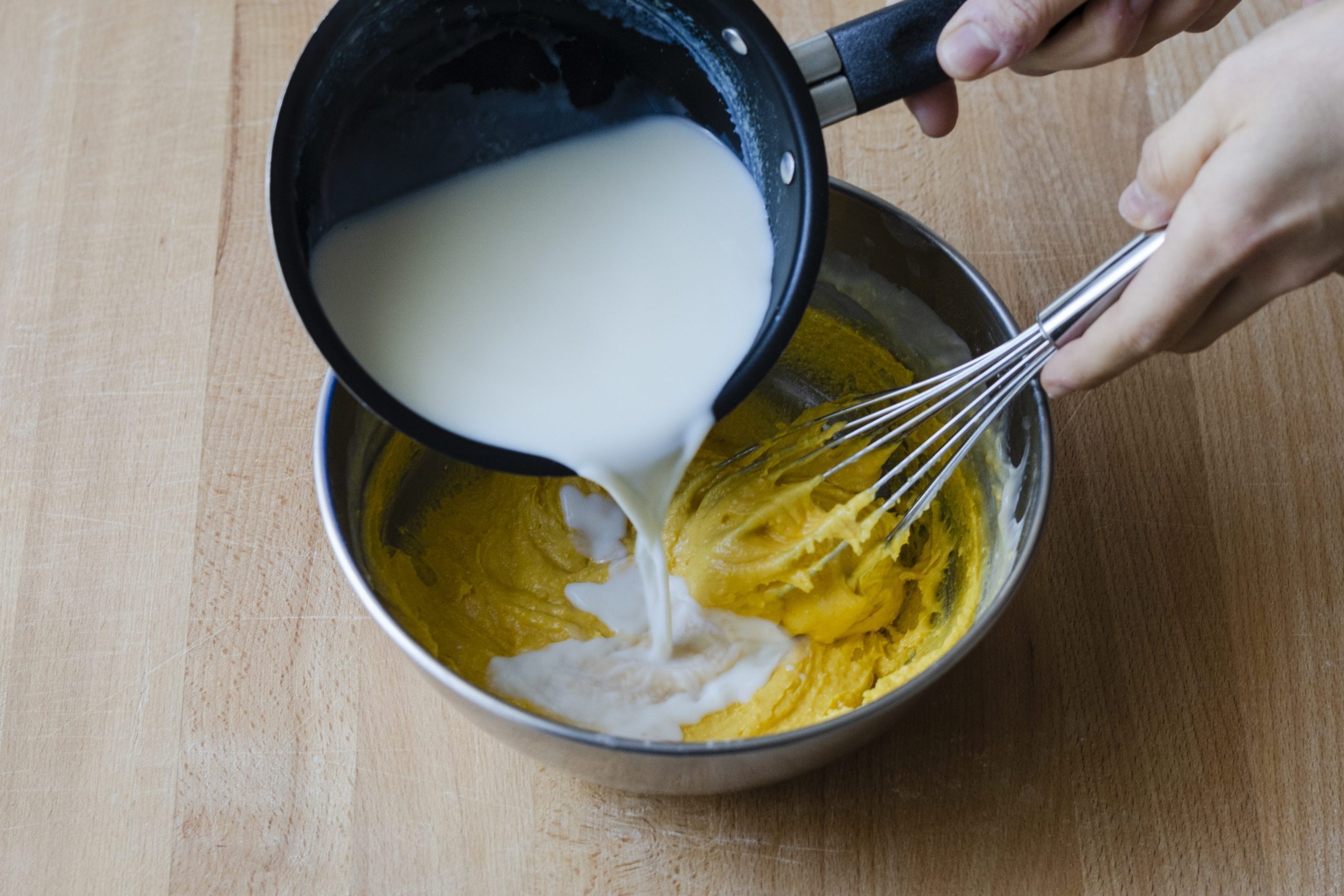 Meanwhile, make the topping. Place the berries, water and sugar in a small saucepan, then turn the fire on low and cook for about 10 minutes.

Beat the eggs, milk, butter, and vanilla in a second bowl. Beat the egg mixture into the flour mixture. Let the batter rest for several minutes.

Lightly spray the waffle iron with cooking spray. Using a ladle, pour some of the batter into the waffle iron. Close the iron and cook for a few minutes until golden brown. 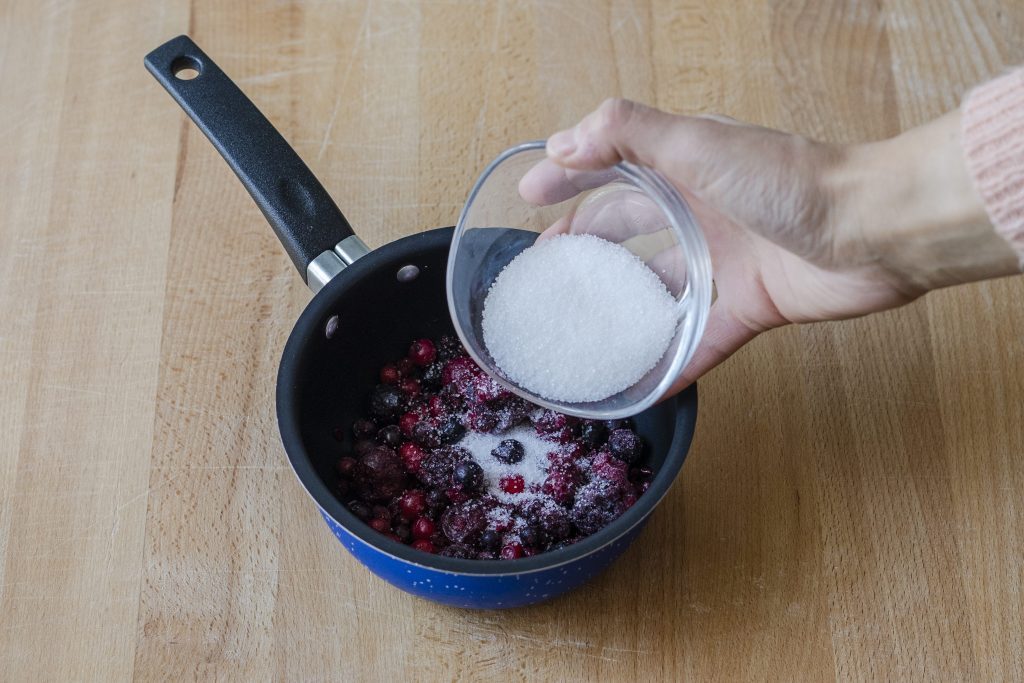 Serve immediately with the topping.

You can use skim or non-fat milk to make your waffles instead of whole milk. 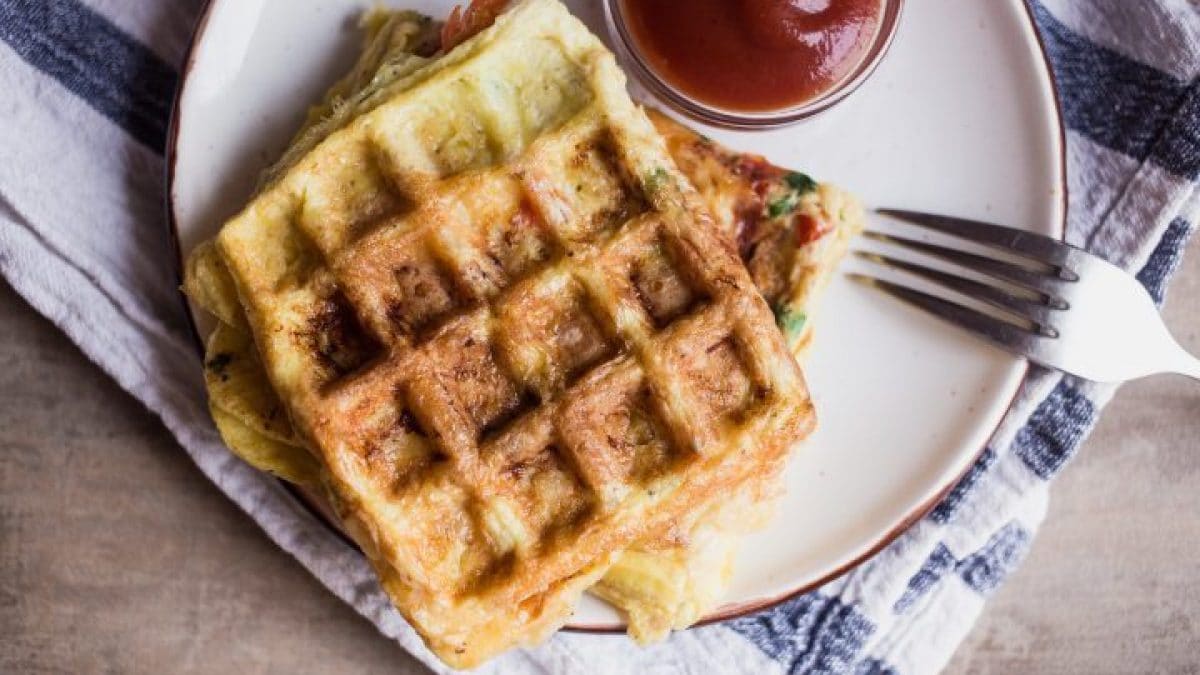 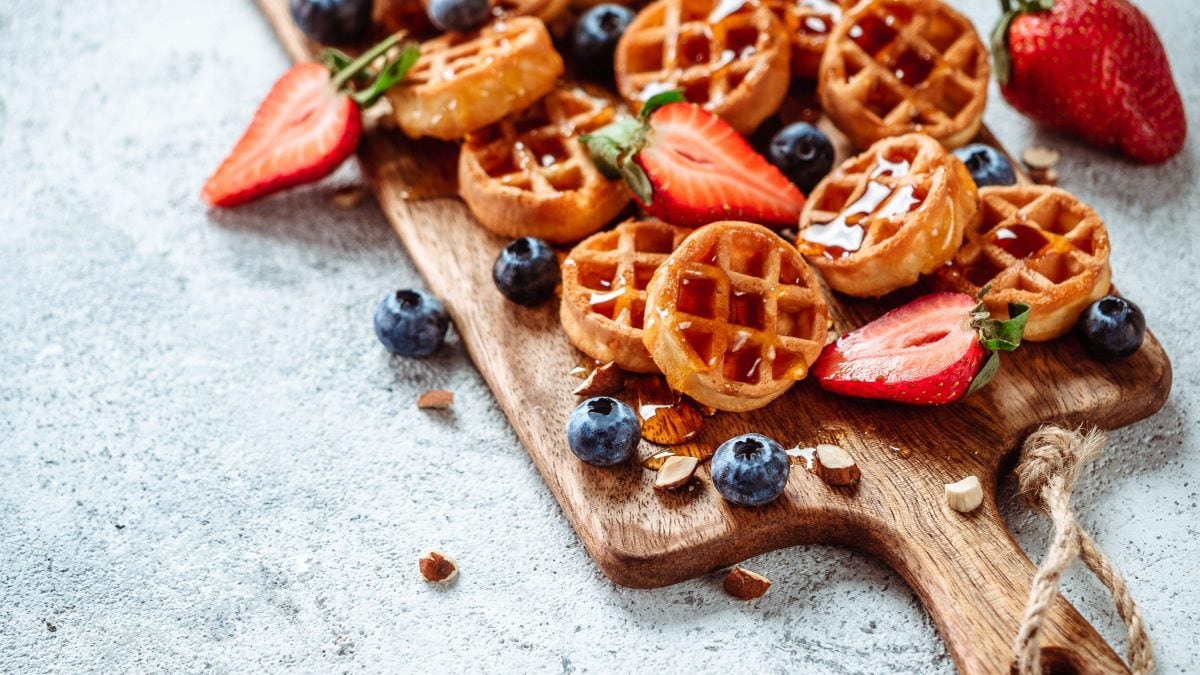 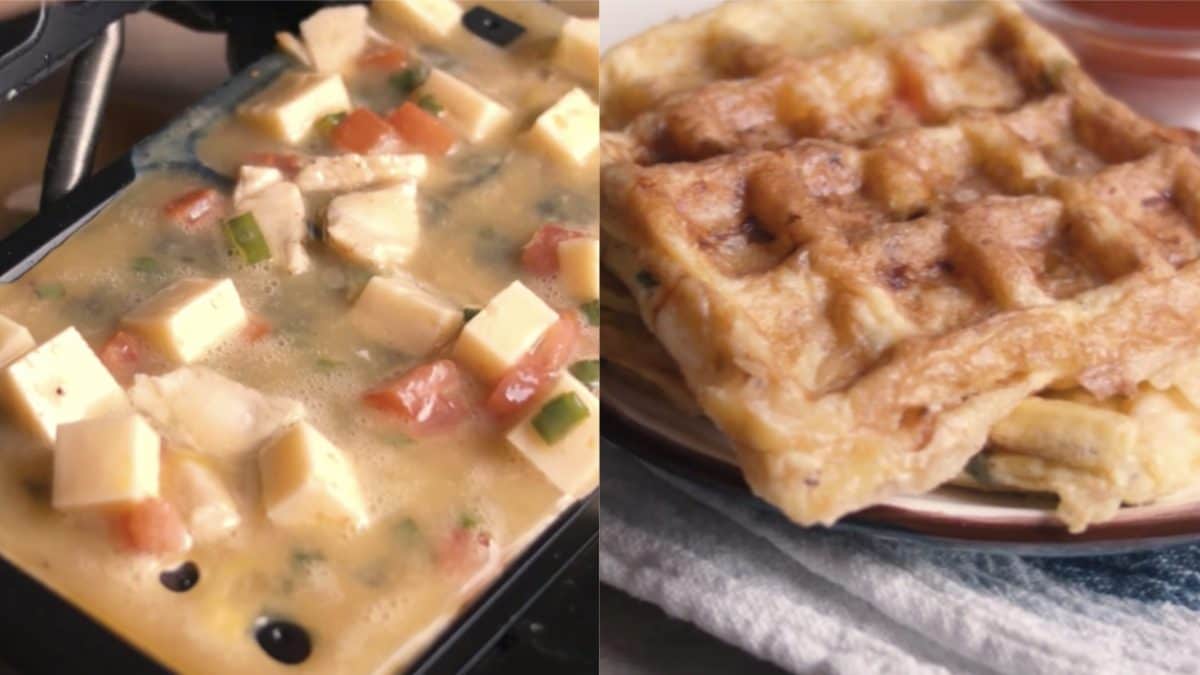